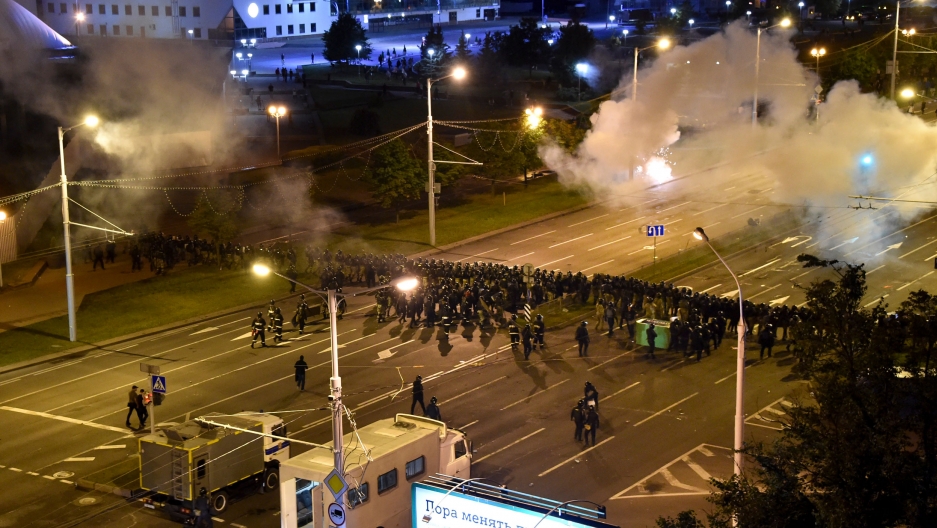 Police block a square during a mass protest following the presidential election in Minsk, Belarus, Aug. 11, 2020.

The main challenger in Belarus' presidential vote, who has refused to concede defeat amid a massive police crackdown on protesters, said Tuesday that she left the country and is now in neighboring Lithuania. Sviatlana Tsikhanouskaya, a former teacher and political neophyte, apologized to her supporters and explained why she made the difficult decision to relocate from Belarus.

“I know that many of you will understand me, many others will condemn me and some will even hate me,” Tsikhanouskaya said in a video statement. She also urged her supporters to respect the law and avoid clashes with police.

Some of her supporters are speculating that the embattled candidate may have been acting under duress. Tsikhanouskaya dismissed the official results of Sunday's election showing authoritarian President Alexander Lukashenko winning a sixth term by a landslide. Her husband remains imprisoned in Belarus.

The 37-year-old opposition figure was apparently escorted from the country by government officials as part of a deal to free her campaign manager, who had been detained since Friday.

On Tuesday, Russia became the first country in the world to clear a coronavirus vaccine and declare it ready for widespread use, despite widespread international skepticism. President Vladimir Putin declared that one of his daughters has already been inoculated.

Putin announced that the vaccine underwent all the necessary tests and effectively offers lasting immunity against the coronavirus. However, scientists  are sounding the alarm that sidestepping Phase 3 trials — which normally last for months and involve thousands of people — could be dangerous and backfire.

And, the Trump administration is reportedly considering additional ways to limit entry at the US-Mexico border. Citing COVID-19 concerns, both citizens and permanent residents would be temporarily blocked from entry to the US under the plan, which leans on officials at the Centers for Disease Control and Prevention determining that entrants pose a public health risk. 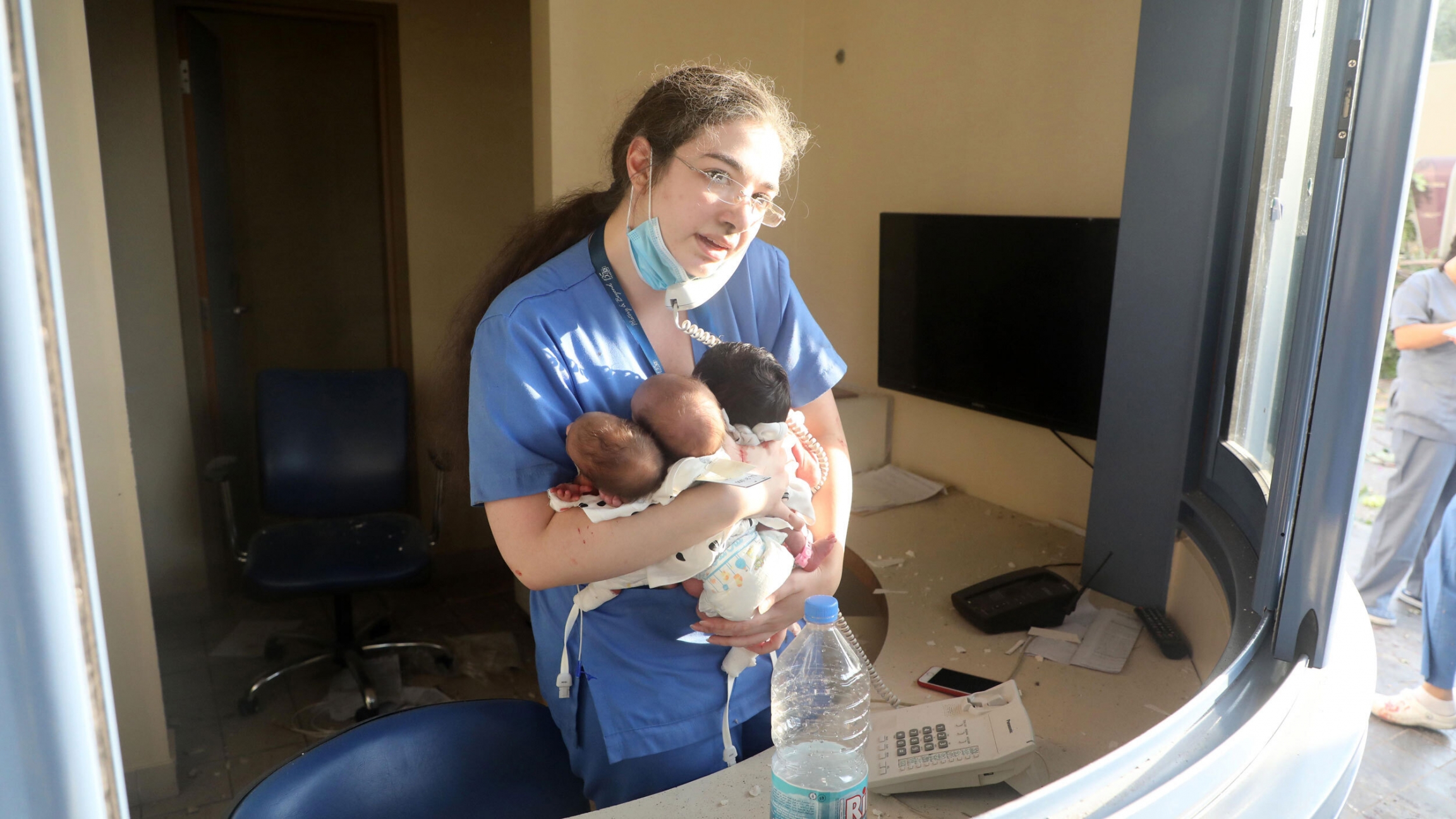 Pamela Zeinoun, a nurse in Beirut, takes care of three babies in a damaged hospital after the explosion in the city's port, Aug. 4, 2020.

“It was like the doors of hell had opened.” That’s how one doctor described the scene at his hospital in Beirut after a massive blast last Tuesday killed more than 150 people and injured thousands of others. 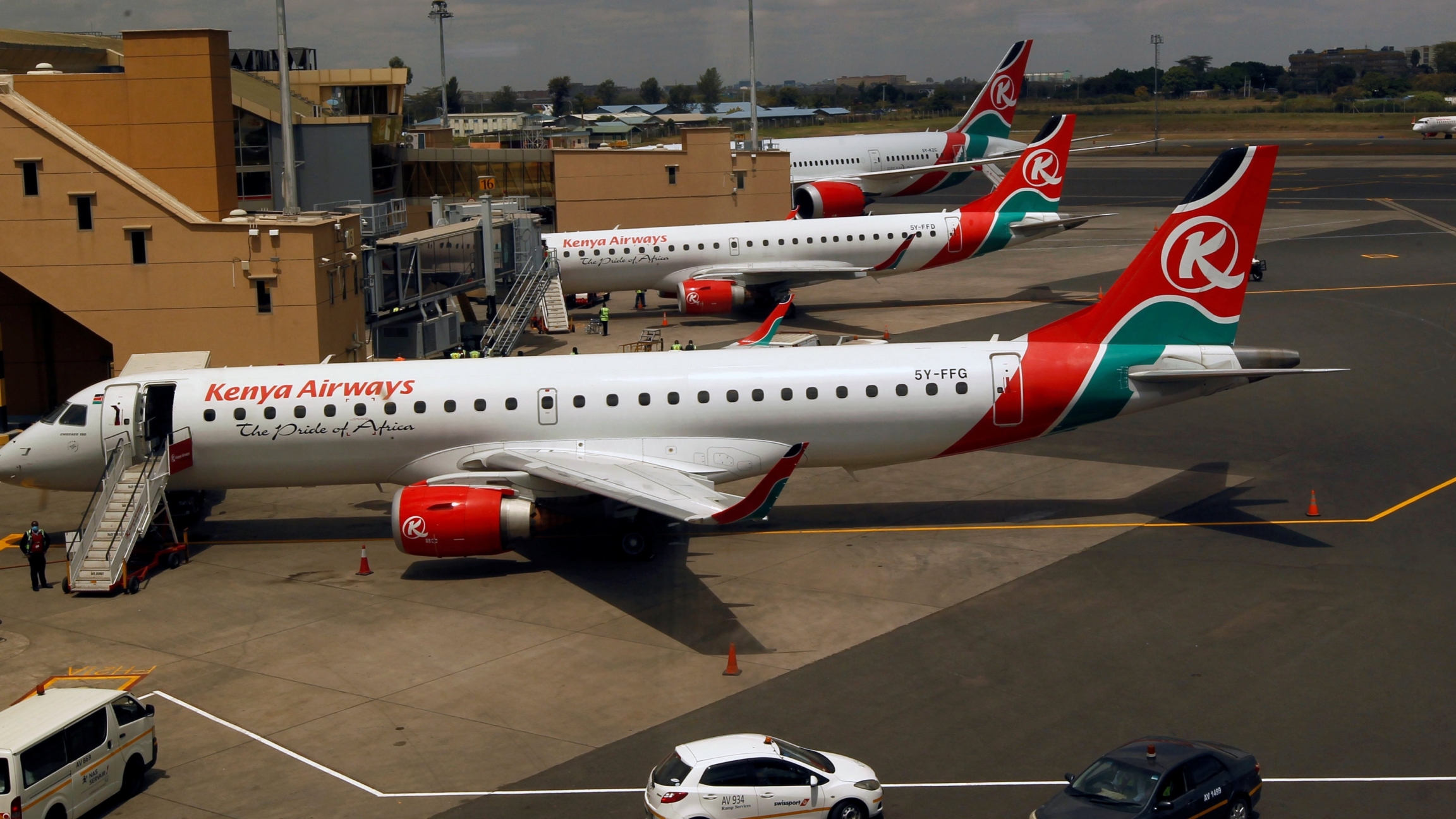 Kenya Airways planes are seen through a window as the Jomo Kenyatta international airport reopens after flights were suspended following the coronavirus disease (COVID-19) outbreak in Nairobi, Kenya, Aug. 1, 2020.

COVID-19 lockdowns in East Africa brought air travel to a halt for months. Now, airlines in the region are returning to the air.

Did you catch the show last night (or for you brave souls, early this morning)? The Perseid meteor shower is one of the best, and "rich in fireballs."

Rich in bright meteors and fireballs, the Perseids meteor shower is one of the best of the year and it peaks on Aug. 11-12. Here are tips on how to watch it: https://t.co/VfRgb1zVrX 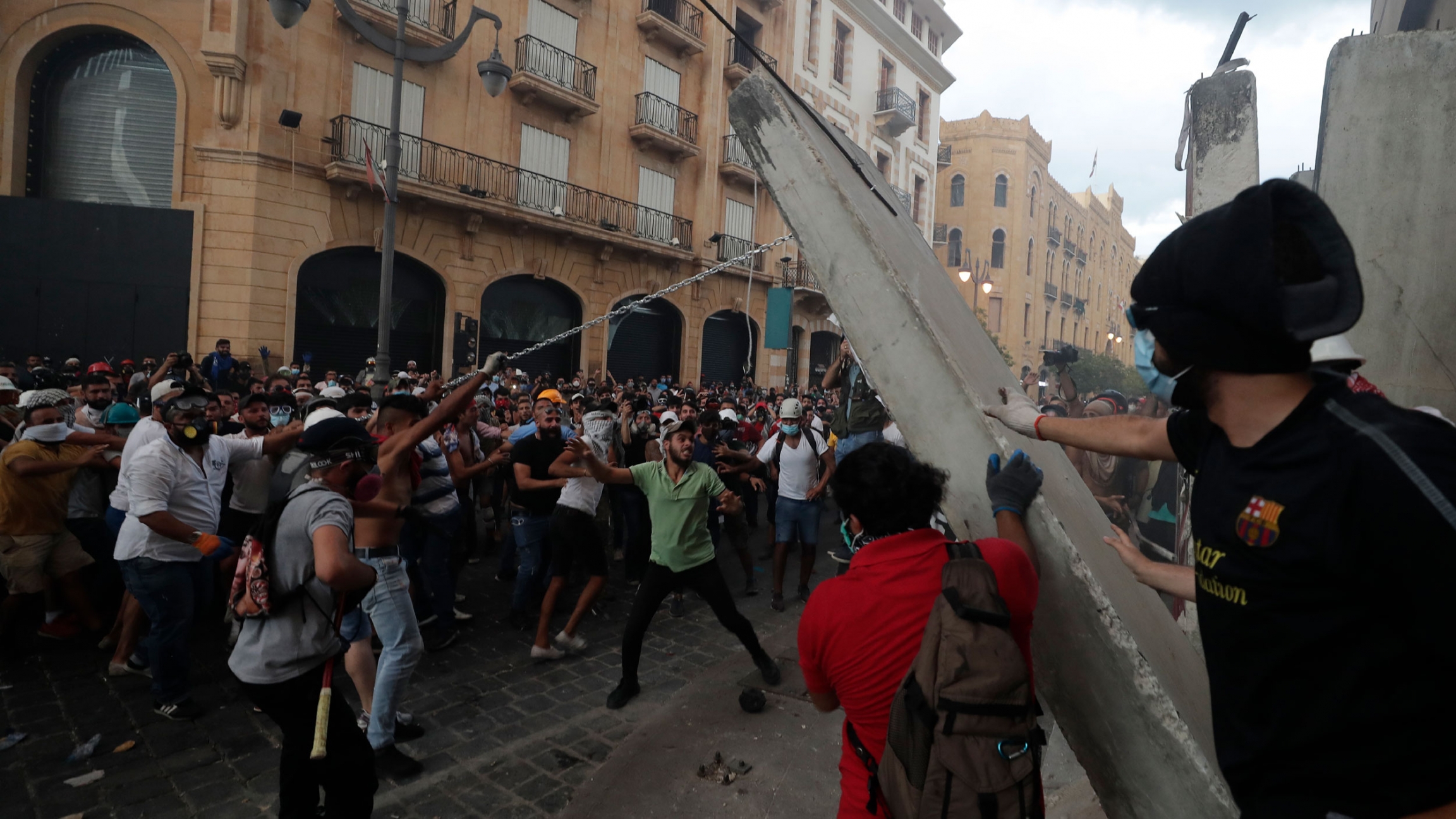 Protesters remove a concrete slab from a barrier to a road leading to the Parliament building during anti-government protests following a massive explosion that devastated Beirut, Aug. 10, 2020.

Thousands of angry protesters have taken to the streets of Beirut demanding the ousting of Lebanon’s political elite, leading to the resignations of several ministers on Monday. And, America’s focus on preparation for future wars comes with a cost, and has left the US ill-prepared for the global coronavirus crisis. Also, the pandemic is hitting Brazil's poor and unemployed population particularly hard leading to soaring numbers of evictions. Now, housing advocates are starting to push back.