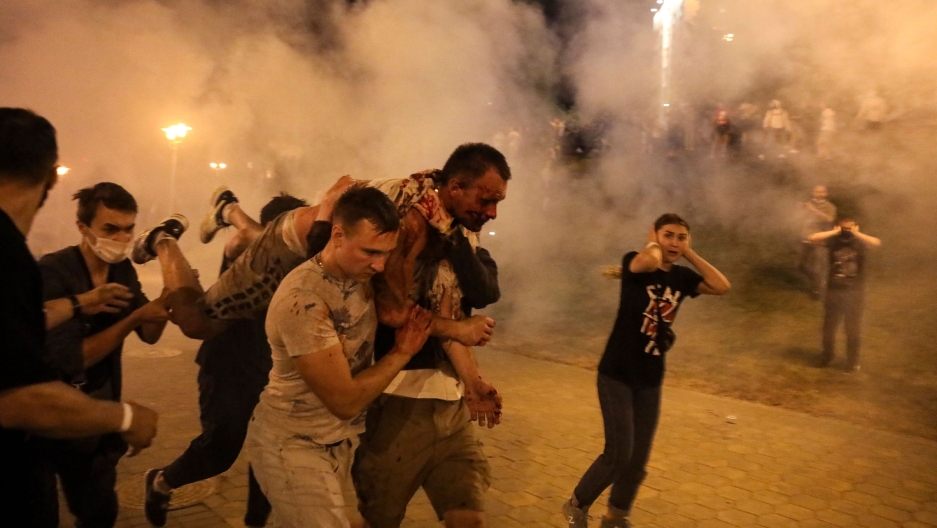 Protesters carry a wounded man during clashes with police after the presidential election in Minsk, Belarus, Aug. 10, 2020.

In Belarus, the opposition has refused to concede that incumbent Alexander Lukashenko won Sunday’s presidential election. Sviatlana Tsikhanouskaya’s campaign says it rejects the possibility that Lukashenko came away with 80% of the votes in a contest. The main challenger to the strongman’s rule dug in her heels following thousands of arrests and major police clashes with protesters in the capital, Minsk, and other cities.

“I will believe my own eyes — the majority was for us,” Tsikhanouskaya told the media on Monday.

Since no outside observers were present for the poll, many critics believe that widespread vote-rigging contributed to the result. In the weeks leading up to the election, large opposition rallies were accompanied by a crackdown on activists and journalists in the country.

Leaders around the globe are offering aid to Lebanon, while demanding — along with protesters — that the government in Beirut quickly accommodate calls for reform. And, the streets of the Lebanese capital on Monday were still on edge, less than a week after a massive explosion rocked the economically vital port. Though some key cabinet ministers and lawmakers have tendered their resignations, a political deadlock could stall the recovery process.

Also, on Sunday, the US topped 5 million recorded cases of COVID-19, though scientists say the true number is likely many times higher. The US total is around one-quarter of the official global cases, and just five states account for two-fifths of US infections: California, Florida, Texas, New York and Georgia.

After the US, Brazil has more than 3 million confirmed infections, and India has logged over 2.2 million, according to the Johns Hopkins University Coronavirus Resource Center. Russia, South Africa, Mexico and Peru have the next-highest case totals. 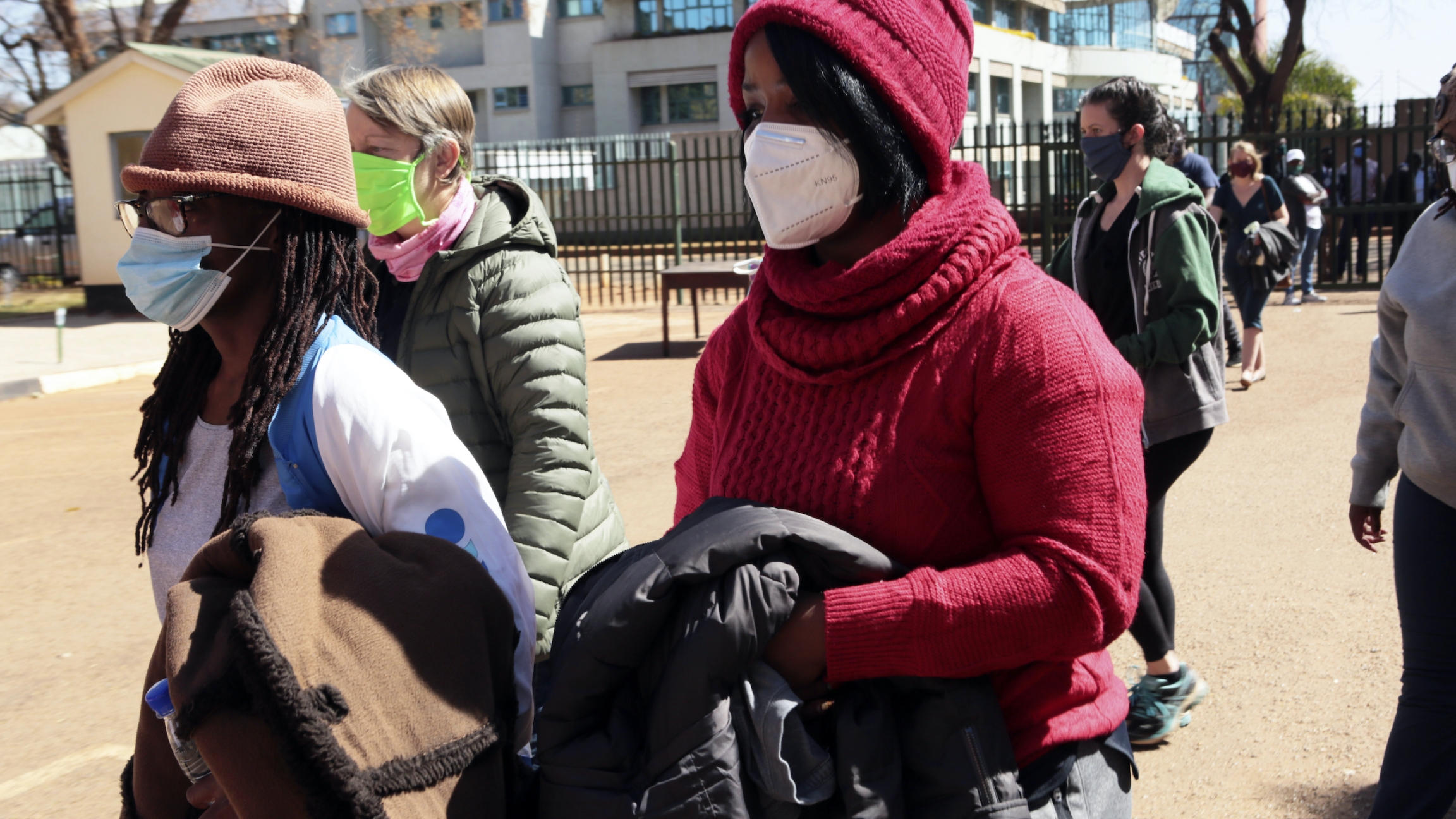 Recent demonstrations were planned to protest Zimbabwe's president, Emmerson Mnangagwa, and his handling of the coronavirus outbreak and the country's collapsing economy.

Anticipating those protests, authorities locked down major cities. Scores of activists and demonstrators were arrested and detained, according to Zimbabwe Lawyers for Human Rights. One of those arrested was author and filmmaker Tsitsi Dangarembga. She told The World's Marco Werman that the protest suffered from the clampdown.

"Two days before the demonstration, it had been declared illegal and the military had been deployed in strength. And so people were really intimidated and did not want to come out. So I just felt that since I had been engaging with the whole notion of the demonstration on social media, that I should have the courage of my convictions. And a friend said that she would demonstrate with me, so we went out. I was surprised to see no people. We had expected to find more."

It's now been more than 100 days since New Zealand had its last coronavirus case acquired locally from an unknown source. Elsewhere in the world, we're all just in awe of what it would be like to live in a place like New Zealand.

Me watching New Zealand covid-free while we plan for 2022 pic.twitter.com/q114IxmkvN 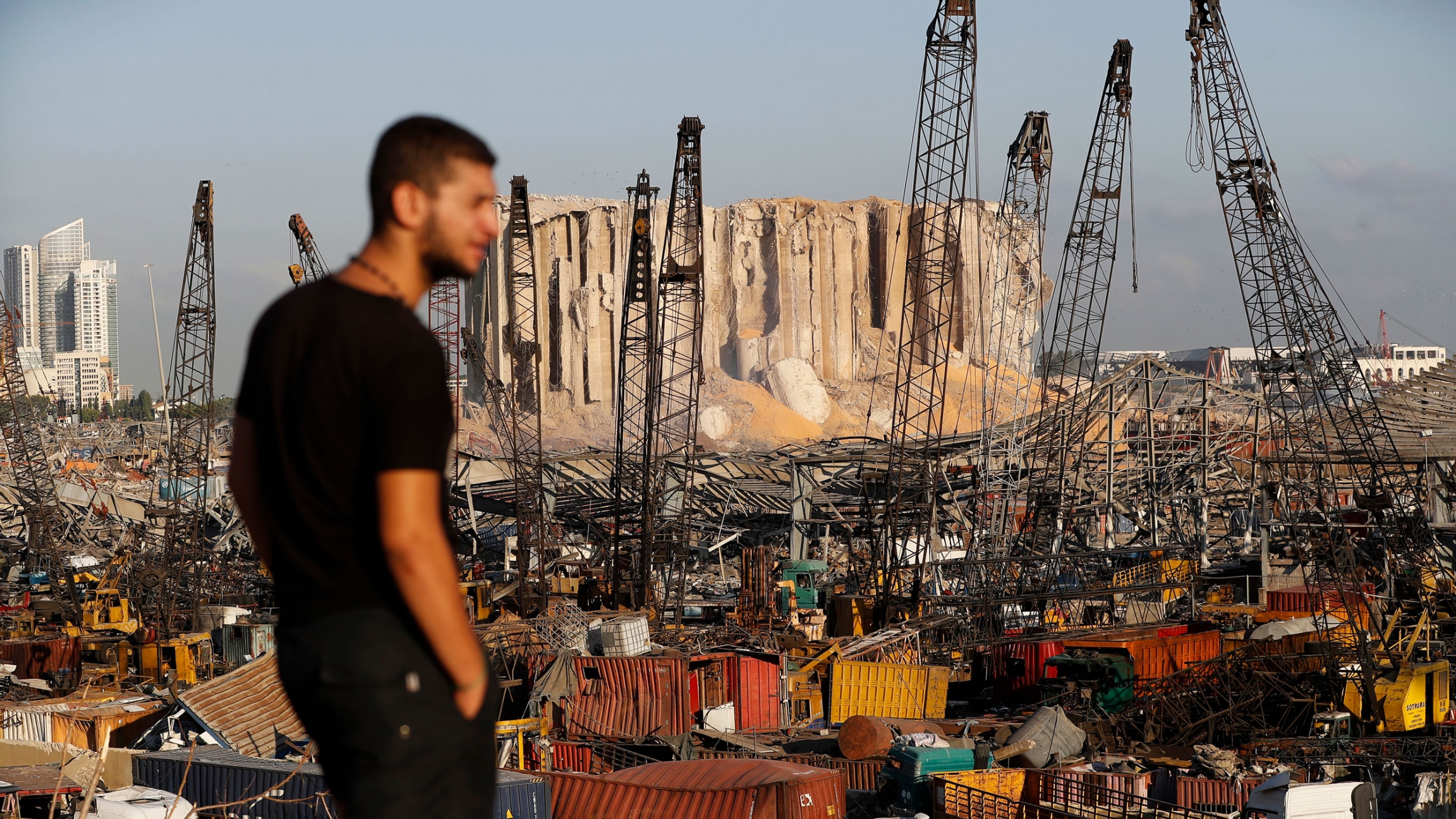 A man looks at the scene of Tuesday's explosion that hit the seaport of Beirut, Lebanon, Friday, Aug. 7, 2020.

Beirut is still coming to terms with the blast that killed scores of people and wiped out Lebanon's main seaport Tuesday. One of the main concerns now is food. And, earlier this week, UN Secretary-General Antonio Guterres, said that the world faces a “generational catastrophe” because of school closures amid the coronavirus pandemic. Also, after a week filled with tragedy, anger and frustration following Beirut's explosion, one glimmer of light is Fairuz, Lebanon's most beloved singer, and her song "Li Beirut" which captures the beauty and pain that the city conjures for many people.