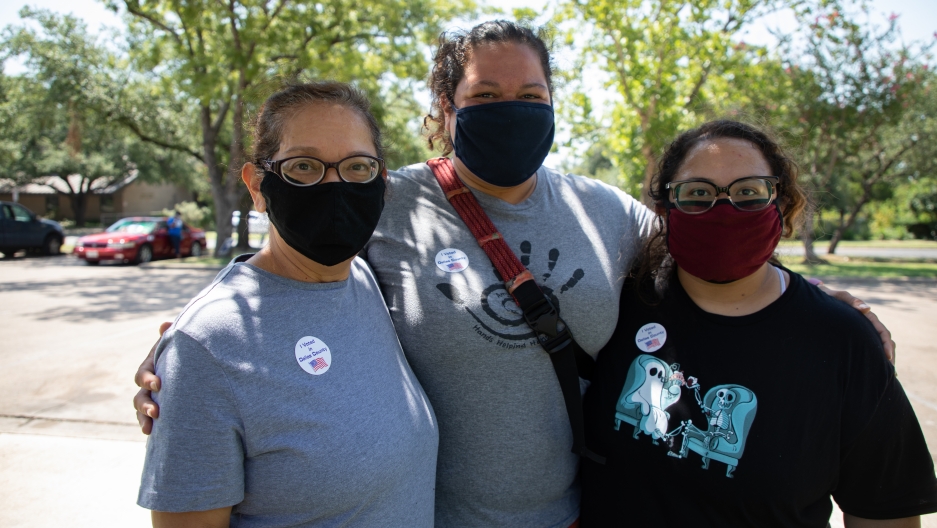 With four months left until Election Day in November, US presidential candidates are ramping up their campaigns — and their efforts to court Latino voters.

In Texas, a key state for the presidential race, both US President Donald Trump and the presumptive Democratic nominee, Joe Biden, have boosted their Latino outreach in recent weeks. Some 5.6 million Latinos are eligible to vote in Texas. They comprise about 30% of all eligible voters in the state, the third-highest rate in the country.

Trump visited the city of Dallas in June shortly after the killing of George Floyd in Minneapolis, to meet with faith leaders and law enforcement and discuss health and justice disparities. Biden, meanwhile, debuted his first general election TV ad on Tuesday in Texas, a state that a Democartic presidential nominee has not won in more than 40 years. Recent polls show Biden has a real shot this year at turning Texas blue, or at least purple.

Texas held its US Senate Democratic primary runoff elections on Tuesday. It was the first election to take place in the state since the pandemic began. Their primary elections, held March 3, or Super Tuesday, took place a few weeks before the pandemic shut down much of the country.

Despite a sharp recent increase in confirmed cases of the coronavirus in the state, many Latinos still went to the polls and many arrived prepared: They wore masks and brought their own hand sanitizer. Some even brought their own stylus pen to fill out their ballot.

“I didn’t feel like my health was at stake or anything,” said Maria Cruz, 63, a Dallas County resident and former educator. She came out to vote with her two adult daughters despite undergoing cancer treatment.

“We can’t tell future generations that things were bad or good if we haven’t done our part to get the representation.”

“We can’t tell future generations that things were bad or good if we haven’t done our part to get the representation,” she said.

One of Cruz’s daughters, Susana Cruz, 39, said the family has a tradition of making voting a family event — and it was no different during the pandemic.

“It’s really important for us as Latinas to come out and vote,” Susana Cruz said. “This was definitely a priority today and we were coming out to make sure we choose people that are going to be representing us locally.”

Latinos are paying attention to that representation — at all levels of government.

In Tuesday’s runoff election, one candidate for US Senate, Candace Valenzuela, won the Democratic nomination for Texas’ 24th Congressional District, which includes Dallas, and other populous counties in North Texas, with 60% of the vote. She made her identity as an Afro Latina central to her campaign.

This victory puts Valenzuela on track to becoming the first Afro Latina in Congress if she wins in November.