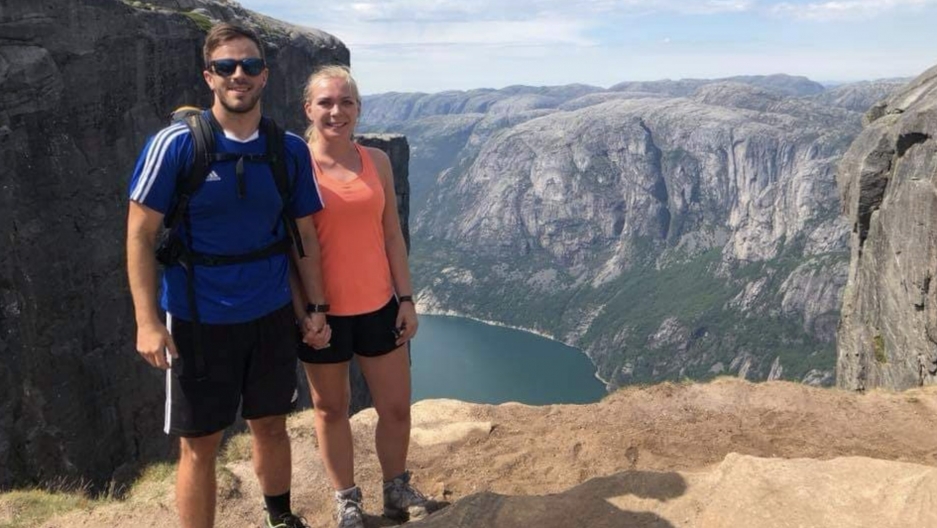 Closed borders during the coronavirus pandemic have taken long-distance relationships to a whole new level. Now, some countries are providing sweet relief for cross-border couples.

Starting July 15, Norway will allow couples separated during the pandemic to reunite. People from outside the European Union will be welcome to enter the country if they can prove they are in a real romantic relationship with someone who lives in Norway. Two other EU countries — Denmark and Austria — recently introduced similar measures, while others face public pressure from separated couples to do so.

According to Norway's government program, a “romantic relationship” is defined by two metrics: The couple must have been together for at least nine months, and they must have met in person at least once.

Luke DeBoer, an American citizen, is confident that his relationship with his Norwegian fiancée, Ida Marie Rygg, passes the test. He is on his way to Norway today to join her after months apart.

The couple has been together for 5 1/2 years. DeBoer, who lives in Nebraska, last visited Rygg in Norway on Jan. 4. In March, DeBoer quit his nursing job, and he had a flight booked to join Rygg at a new apartment they bought in Bergen, in southwest Norway.

With the pandemic, those plans, of course, were derailed.

“I found out a week later that the borders closed. Then I never knew, like, ‘Oh, should I go back to work or try to find a different job?’,” he said. “But then I’m like, ‘Well, if they open up in a month then it would be pointless, so…’ It was a hard time not knowing what to expect.”

Related: EU calls for European borders to reopen to save tourist season

DeBoer said he and Rygg weren’t sure when they would see each other again. Their move-in date flew by. Their wedding date passed.

Then, a few days ago, Luke got the call he’d been waiting for.

“My fiancée called me and she was just bawling. And I was like, ‘What’s wrong?’ And she’s like, ‘No, you can finally come’.”

DeBoer booked one of the first flights from Nebraska to Norway that fit under the new program. He would have chosen an even earlier flight, he said, but he had to wait to get final marriage paperwork.

“I can’t find the words to say how happy I am to finally see her again,” DeBoer added. The couple is planning a courthouse wedding in Norway. Once travel restrictions loosen, they hope family can join them for a full ceremony.

Couples around the world who have been separated due to the pandemic have been lobbying for months to see these rules. They have joined forces under the hashtags #LoveIsEssential and #LoveIsNotTourism — and a few politicians have paid attention. Denmark and Austria now allow non-married cross-border couples to reunite, with some restrictions on who qualifies.

My boyfriend was supposed to be with me forever in June. Flights were booked, I prepared my home for him, he told everyone at work, he didn't sign a new lease, he started learning German, he was looking for a job. Does this sound like tourism? #loveisnottourism #loveisessential

Germany may be next. Moritz Körner, a German member of the European Parliament, advocated for the rule in a recent meeting with EU leaders.

“We cannot see the pandemic getting in the way of these people’s love,” Körner said. “Why is there no exception for these couples? Why don’t we do something to ensure that these couples can see each other and be together again?”

We were separated when I found out I'm pregnant.
When I was at our first ultrasound
When I heard our son's heartbeat.
Even when I felt our son's first kick.

The United States government has not expressed any indication that an exception like that in Norway will be implemented soon.