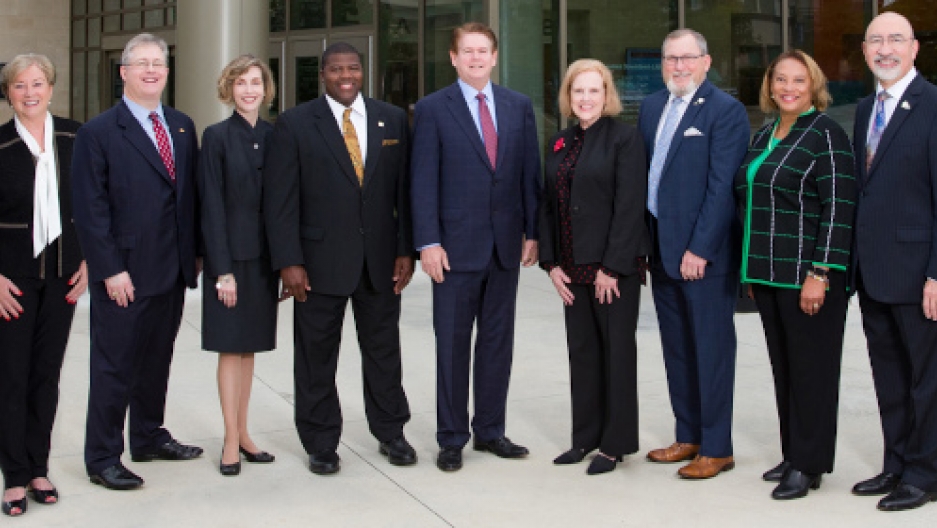 Six of the nine members of the Arlington City Council voted to reject plans for expanding a gas well site located in a largely minority community. It is the first challenge to a state law that prohibits cities from enacting local ordinances that ban fracking.

The city council of Arlington, Texas, took a historic stand last month by refusing to expand a fracking complex located next to a preschool that serves primarily Black and Latino children.

Arlington, which is located between Dallas and Fort Worth in North Texas, is a city of 400,000 people and already home to about 350 natural gas fracking wells. The city lies on top of a formation called the Barnett Shale, which is rich in natural gas.

In the past, Arlington City Council has approved more fracking wells near neighborhoods of color than in white neighborhoods. But this time, environmental justice advocates convinced the council to reject the drilling of two more wells by Total Barnett, part of the French oil giant Total SA, because it would disproportionally affect people of color.

Ranjana Bhandari, an economist and the founder of the environmental advocacy group Liveable Arlington, says drilling arrived in Arlington about 12 years ago, along with a host of promises from drilling companies.

“It was presented to the community as a safe way to produce energy at home. Most people signed on,” Bhandari says. “They were promised high royalties and a very safe process of drilling. None of those promises turned out to be true.”

At the time, there were few studies on fracking’s safety and little research about its health effects, she notes, but that has since changed.

“There are now thousands of peer-reviewed studies that point to a multitude of health effects that include respiratory disease, asthma, higher incidence of cardiac disease, more hospitalizations and poor birth outcomes that include preterm birth and low birth weight,” Bhandari says. “The evidence has really mounted in the last 12 years that this has been a very dangerous thing for people who live around drilling.”

In light of the nationwide upheaval that followed the killing of George Floyd by a Minneapolis police officer, Arlington’s city council felt particularly concerned about issues of racial equity, Bhandari says.

“They started out that council meeting by passing two resolutions on racial equity, expressing their desire to work toward reducing racial disparities,” she says. “An hour or so later, this was the agenda item that came up, and all these issues were brought up by residents — the fact that the impact of this particular expansion of drilling would disproportionately impact people of color.”

The proposed drill site is located in the eastern part of Arlington in a zip code that has the city’s highest number of COVID-19 cases, Bhandari points out. Half the area’s population is African American, more than 20% is Latino, and one in three children live in poverty. The proposed site is right next door to a preschool that largely serves children of color.

“According to a Harvard health study, places that have higher levels of air pollution have experienced higher morbidity from COVID-19,” Bhandari says. “We also know that African Americans are dying at a much higher rate from COVID-19 in our country than the rest of the population. … So it is a matter of environmental justice because of the demographics of this neighborhood.”

Related: As fracking booms, waste spills rise — and so do arsenic levels in groundwater

Arlington City Council made its decision despite a state law, HB 40, that prohibits city ordinances that seek to regulate the oil and gas industries. “Industry and our politicians colluded to pass HB 40, which essentially was supposed to be a ban on fracking bans — but it went much further,” Bhandari says. “It basically said that no city in Texas had the right to regulate drilling anymore and as long as drilling was deemed to be commercially reasonable, it would be allowed, even if a city determined that it was harmful to its residents.”

As an economist, Bhandari has a broad perspective on the fight over fracking, beyond its impact on her own city.

Fracking, she says, was presented to her community, as it was to many others, as “a costless way for people to make money while helping America become independent in its energy needs.” But there was a lot missing from that explanation, she says.

Since fracking started, the economic benefits have been privatized, but the cost of fracking has been spread across hundreds of towns and communities.

“Fracking happened because the 2005 Energy [Policy] Act exempted it from some of our major federal environmental laws, like the Safe Drinking Water Act,” she says. “And what has happened in the 12 to 15 years since fracking started, is that the economic benefits from fracking have been privatized, but the cost of fracking has been spread across hundreds of towns and communities like ours.”

“It has led to air pollution, higher medical costs, to tainting of our water supplies — and none of those costs are measured by the market or factored into the price of cheap natural gas that fracking has produced,” she continues. “All of those costs impact local communities. So, the benefits have been private, the costs have been socialized.”

Arlington City Council’s action will be the first test of HB 40, so no one is quite sure what will happen next, Bhandari says. She hopes that Total, a global energy conglomerate based in France, a country that now bans hydraulic fracturing, will “stand down.”

“They have 38 drill sites in our city; they have a few hundred wells here,” she says. “So, I'm hoping that, seeing the facts of the case as it was presented to them, facts that they should have gathered before they came up for a vote, they will just stand down. That is what good corporate citizenship would require.”