The Dalai Lama made a bid for music chart stardom on his 85th birthday, July 6, by releasing “Inner World,” an album with 42 minutes of mantras and chants set to soothing music.

The 11-song record kicks off with the track "One Of My Favourite Prayers" and continues with the exiled Tibetan spiritual leader reciting meditations to titles such as "Compassion," "Courage," "Healing" and "Wisdom."

In the track "Compassion," which was released in advance in early June, the Dalai Lama recites a traditional mantra of love and compassion, "Om Mani Padme Hum," to a relaxing bed of music.

The album has been in the making for five years. It came about when musician Junelle Kunin, a practicing Buddhist and student of the Dalai Lama from New Zealand, contacted him in 2015 with the idea. Much to her surprise, he said yes.

Kunin said the Dalai Lama’s gatekeepers originally nixed the idea. But she tried again a few months later with a note addressed directly to His Holiness, which worked.

“I’d never heard him speak like this. He really was so excited ... he actually proceeded to explain to me how important music is,” Kunin told the Associated Press in June. “He leaned forward and his eyes were sparkling, and his fingers were rubbing together and he (talked) about how music can help people in a way that he can’t; it can transcend differences and return us to our true nature and our good-heartedness.”

Kunin did the initial recordings at the Dalai Lama's residence in Dharamsala, India, and then worked with her husband, musician Abraham Kunin, and other artists to produce the music for the tracks.

James Robson, a professor at Harvard University’s department of East Asian Languages and Civilizations, says he was surprised by the recording because music was originally prohibited in Buddhism. He says he had mixed reactions.

“But for other reasons I wasn’t entirely surprised given that there’s been quite a lot of use or interaction between Buddhism or other Asian religions and music, you know, going all the way back to the 1960s,” Robson said.

Since the 1960s, musicians such as Tina Turner, The Beatles and Nirvana have included Buddhist influences in their music. Robson says this intersection of music and the ancient religion is different.

“You know, these are Western musicians who have appropriate Buddhism and put that down in their work,” Robson said. “And in this case, you have probably the world’s most famous Buddhist putting his ideas and Buddhist teachings and Buddhist mantras into music. So I think that’s kind of the main difference.” 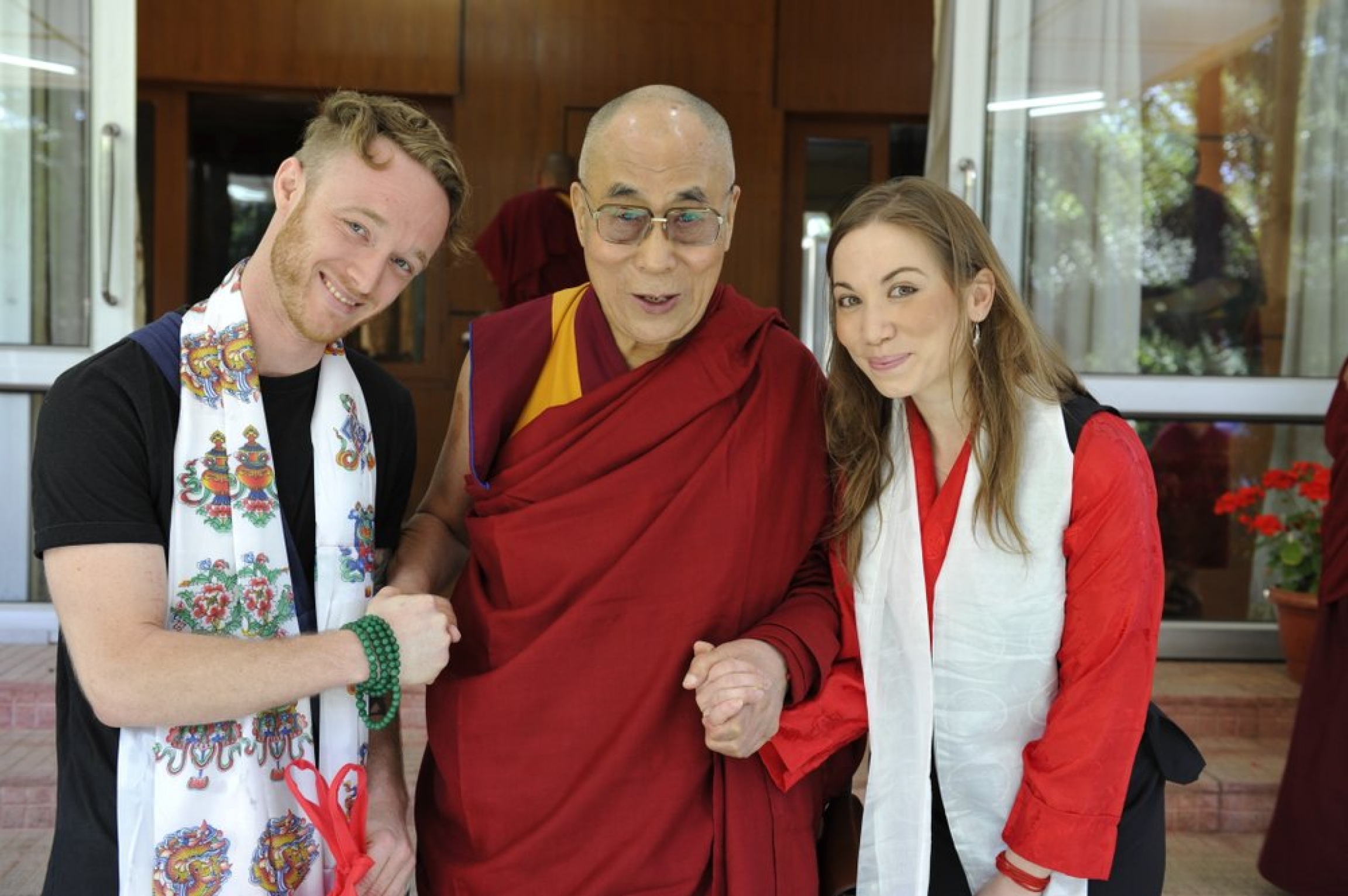 Ven. Tenzin Jamphel/Office of His Holiness the Dalai Lama via AP

On a promotional video for the album, when asked why he had agreed to take part, the Dalai Lama answers: "The very purpose of my life is to serve as much as I can."

The Dalai Lama’s followers and admirers across the world will be able to listen to the mantras in the album on digital music platforms. The release comes five years after Patti Smith led the crowd at Britain's Glastonbury Festival singing "Happy Birthday" to him for his 80th.