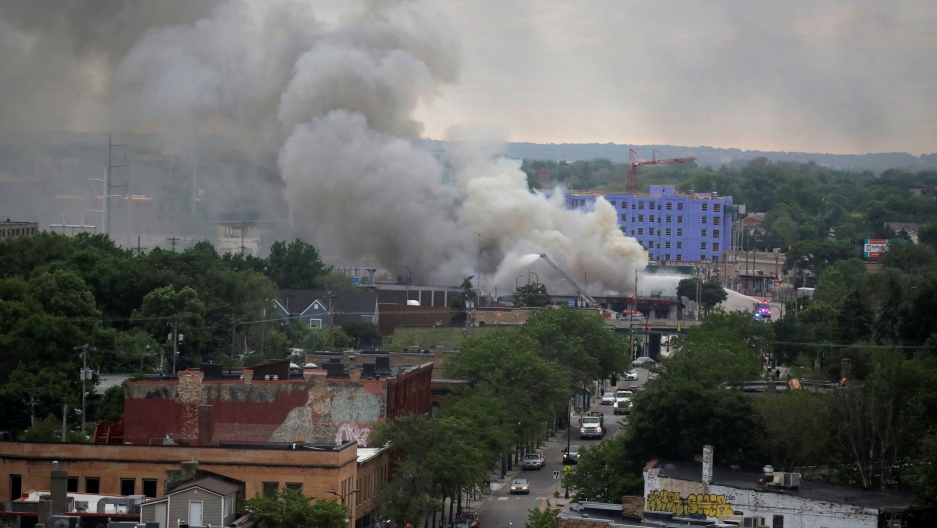 Plumes of smoke rise into the sky in the aftermath of protests in Minneapolis, Minnesota, May 29, 2020.

Demonstrators outraged over police brutality in the killing of George Floyd, an unarmed black man, took to the streets in Minneapolis for the third straight night, as Minnesota Gov. Tim Walz called in the National Guard after fires and vandalism erupted during protests.

US President Donald Trump responded to the situation on Twitter, writing he would send the military to intervene and noting "when the looting starts, the shooting starts," echoing a 1967 statement made by former Miami police chief Walter Headly over violent reprisals to protests of stop-and-frisk tactics. Two hours later, Twitter hid the tweet for violating the platform's standards on "glorifying violence," though it is possible to view, as it is "in the public's interest for the Tweet to remain accessible." The president's message posted to Facebook was not removed, despite violating that platform's community standards.

This comes days after Twitter marked Trump tweets about mail-in voting as potentially misleading. The fact-check label prompted the president to issue an executive order targeting social media companies. The legality of the move was swiftly questioned, and its potential infringement on free speech echoes the moves of authoritarian leaders elsewhere.

And: Hongkongers continue protests against Beijing's efforts to erode the territory's autonomy, as China threatens countermeasures against the UK.

A border dispute between China and India is ratcheting up, as the pandemic reveals conflicting ambitions between the two nuclear powers. South Korea is again shuttering schools as cases of the novel coronavirus continue to rise. In Moscow, officials revised their COVID-19 death toll for the month of April, more than doubling the reported number. And secret documents obtained by NBC suggest Russian trolls are seeking to stoke racial unrest in the US.

Every day, as staffers walk into the BBC’s main headquarters in central London, they’re faced with a choice: to have their temperatures checked or not.

The broadcaster introduced a thermal imaging scanner in its reception a month ago to assuage employees’ fears about coming back to work — but it’s hard to know if it’s succeeding.

The hope is that the infrared scanners will detect a high temperature that may indicate a fever — a symptom of the coronavirus — and so help slow its spread. But workers’ rights groups and civil liberties organizations are worried about other implications of thermal scanning for people heading into work. 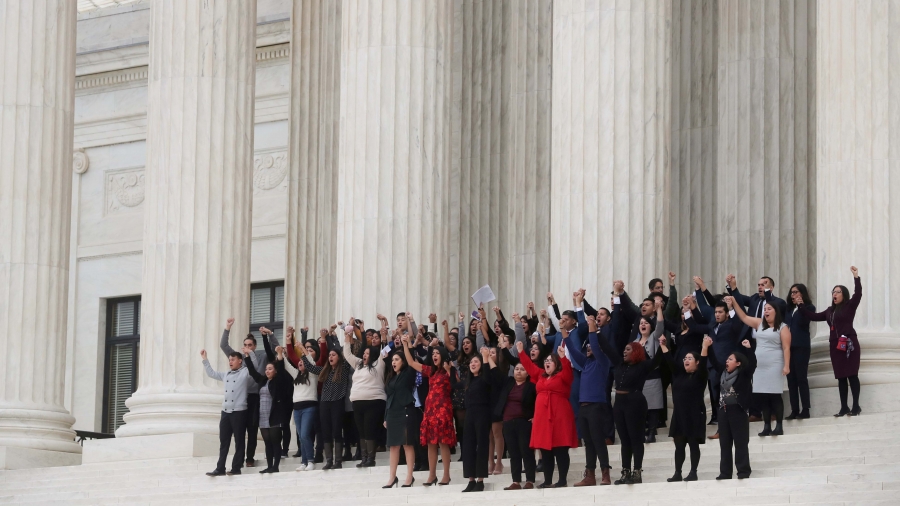 DACA plaintiffs walk arm-in-arm down from the US Supreme Court after justices heard oral arguments in the consolidation of three cases before the court regarding the Trump administration’s bid to end the Deferred Action for Childhood Arrivals (DACA) program in Washington, DC, on Nov. 12, 2019.

One of the most anticipated rulings of the Supreme Court’s 2019-20 term concerns the future of Deferred Action for Childhood Arrivals, or DACA. The Obama-era program grants qualified undocumented immigrants who entered the country as minors two-year periods of deportation deferrals and eligibility for work permits. It does not offer a path to citizenship.

The Trump administration rescinded DACA in 2017. Now a Supreme Court decision is due out anytime before the court ends its current term in June.

Mask making has become a new art form around the world. But this programmer gets a big "W" for going full, beautiful nerd on his mask. 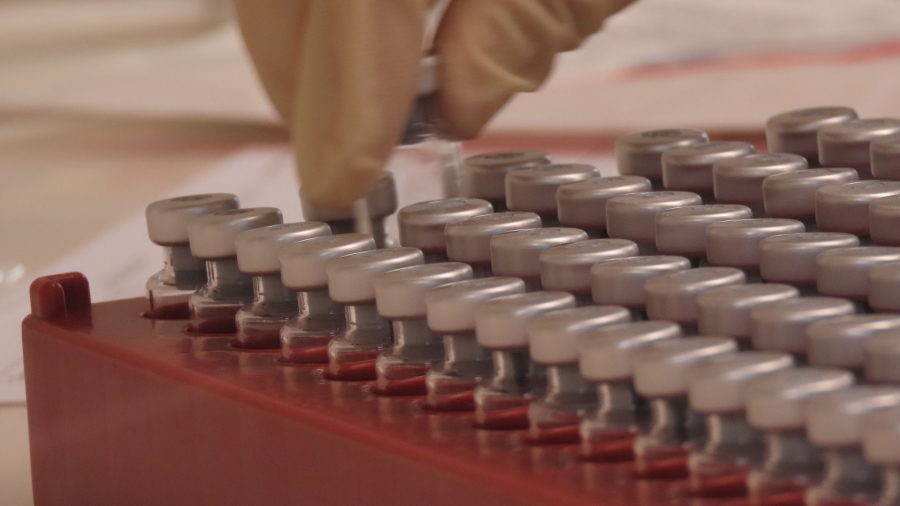 Health experts say that a coronavirus vaccine trial out of University of Oxford in England, is showing promise. And, on-the-spot temperature checks at airports, football stadiums and retail stores may soon become the norm. But workers' unions and civil rights groups are worried. Also, one of the many sectors of the economy hurting during the pandemic is the auto industry. Despite the slump, electric vehicle sales are doing better than sales for gas and diesel-powered cars.