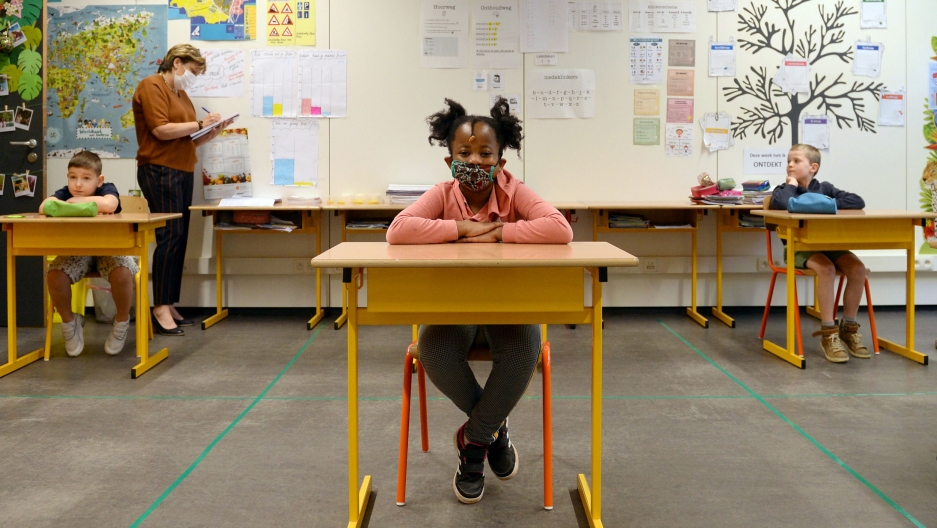 A schoolchild and a teacher wear protective face masks in a classroom at a flemish primary school during its reopening as a small part of Belgian children head back to their schools with new rules and social distancing during the outbreak of the coronavirus diseasein Brussels, Belgium, May 15, 2020.

As countries move to open in the wake of the pandemic, there is growing concern of the effect the novel coronavirus might be having on children. A lethal inflammatory syndrome, likened to the rare Kawasaki disease, has appeared in at least six countries, including the US, which has seen dozens of cases.

On Friday, some children returned to school in Belgium, one of the harder-hit European countries. France also began reopening schools this week. And Slovenia became the first European country to declare the end of its epidemic, though some restrictions still remain in place and experts have clarified that COVID-19 still remains present in the country.

And: Colleges push ideas for fall return. But some fear making the crisis worse.

Today, Palestinians mark the 72nd anniversary of the Nakba, or "the catastrophe," which commemorates Palestinian displacement during the establishment of the state of Israel. Hundreds of thousands of Palestinians were expelled from their native lands between 1947 and 1949. Now millions live in occupied territories, including the West Bank. Under a US-backed plan, Israeli Prime Minister Benjamin Netanyahu is working to annex parts of the West Bank, a subject on the agenda when US Secretary of State Mike Pompeo visited Israel this week. Many say such a move would be a blow to a potential two-state solution.

From The World: Israeli plans for annexation weigh heavily on Jordan Valley residents

Thought Brexit was over, right? Wrong. Britain did leave the EU at the end of January, but in reality, nothing much has changed. The real deadline is Dec. 31, and negotiations are set to take place until then. There’s just one problem: a pandemic.

Even before the pandemic struck, 11 months to complete very complex negotiations was a remarkably tight timeframe. Now, with just seven months to go, it seems near insurmountable.

Twin attacks in Afghanistan on May 12 have left many in the country in shock and wondering when the bloodshed in their country will end. Videos from the attack on a maternity hospital showed Afghan security forces rushing out with tiny newborns in their arms. Later, Zahra Jafari, a midwife, told Afghan reporters that she had just welcomed some new patients earlier that morning. They died a few hours later.

Afghan President Ashraf Ghani said this week that his government is not going to stay silent. He ordered security forces to begin an offensive against the extremist groups.

And: US says ISIL was responsible for Kabul hospital attack

Apes can get COVID-19, too, and this could be devastating for endangered populations. Only about 1,000 mountain gorillas remain, and roughly half live in Bwindi Impenetrable National Park in Uganda. Veterinarian Dr. Gladys Kalema-Zikusoka spoke with The World's Marco Werman about this new risk.

Women’s pro soccer made gains toward parity. Will coronavirus undo it?

As women’s soccer was drawing more and more fans, the players were stepping up their fight against gender discrimination in the sport. But just a year later, the game’s visibility — and its journey toward equity — has been stopped in its tracks. In a recent report examining COVID-19’s impact on professional women’s soccer, FIFPRO said the pandemic could “present an almost existential threat to the women’s game if no specific considerations are given to protect the women’s football industry.” 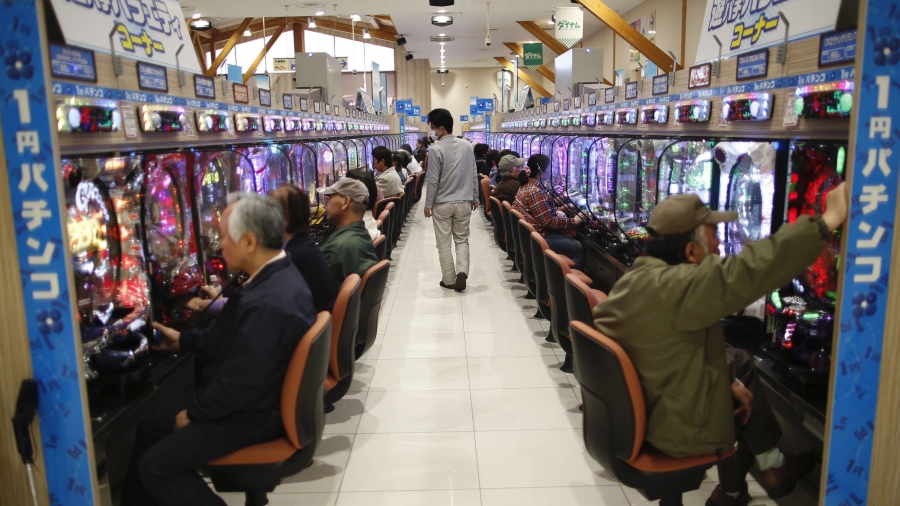 Pachinko defies easy description. Imagine if a pinball machine and a slot machine had a baby — an incredibly loud baby that bleeps and jingles and lures you into a daze.

Much of Japan is under a state of emergency, and officials have asked many shops to close. The country has shut down schools and offices and parks — and yet, outside some pachinko joints, men stubbornly line up to get their fix.

Goats are taking over this San Jose neighborhood.

This is the craziest thing to happen all quarantine 🐐🐐🐐 pic.twitter.com/Hc7XpuiBdT 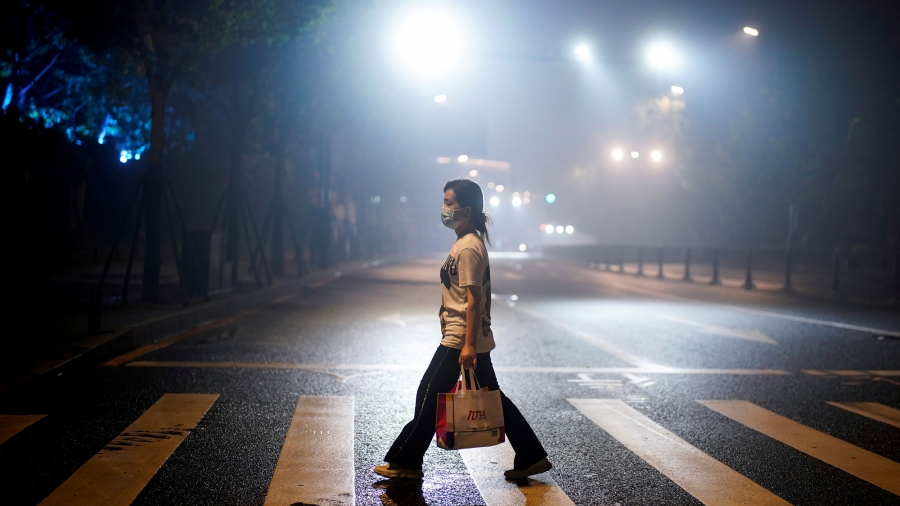 A woman wearing a protective mask walks on a street in Wuhan, the Chinese city hit the hardest by the coronavirus outbreak, May 14, 2020.

A handful of newly confirmed cases of the novel coronavirus have been reported in Wuhan, China, widely believed to be the original epicenter of the disease. The new cases have the Chinese government moving forward with a sweeping new plan of mass testing. And, the coronavirus pandemic has exposed vulnerabilities to bioweapons all around the world. A record 1.1 billion people watched the FIFA Women’s World Cup last summer in France, a peak in both popularity and the fight for gender equity. But the pandemic is putting both of these achievements at risk.