Thought Brexit was over, right? Wrong. Britain did leave the European Union at the end of January, but in reality, nothing much has changed in the United Kingdom.

The real deadline is Dec. 31. Britain is now in what’s called a transition period. During these crucial months, the UK and the European Union must negotiate trade deals and essentially decide what their future relationship will look like.

There’s just one problem: a pandemic.

There was a time, not so very long ago, when you could barely get through a day in Britain without hearing the B-word: Brexit. But in late February that all changed. Now, like most other countries, the news agenda is dominated by the C-word: coronavirus. And politicians have little else on their minds.

Negotiations between the UK and the EU were postponed as countries grappled with the fallout from the coronavirus, not helped by the fact that British Prime Minister Boris Johnson, his Brexit secretary and the EU’s chief negotiator all contracted COVID-19.

You might think this would be a good time to ask for an extension to the December deadline. After all, few could hold it against Johnson — who almost died from the virus — if he asked for a couple of extra months' breathing room.

But the UK government is adamant an extension is not in the cards. British Health Secretary Matt Hancock, who admits he has thought of little but the pandemic in recent months, says he is certain a delay is unnecessary.

“The basis of the future arrangement is already set, there's no reason to delay. I think we should just get on with it,” he told Sky News on Tuesday.

Even before the pandemic struck, 11 months to complete very complex negotiations was a remarkably tight timeframe. Now, with just seven months to go, it seems near insurmountable.

The talks aren’t just about the future trading relationship between the two sides. Negotiations will cover everything from aviation and environmental standards, to customs checks, immigration, data-sharing and so much more. As a new round of talks got underway this week, there was the added problem of how to communicate.

“The problem for these talks is that this means that there's only the formal interaction. The sort of side chats in corridors, that were critical to seeing whether there were any areas where compromises could be agreed can’t happen now.”

Similar to the situation for most of us, all Brexit meetings are now happening via video conferencing, which is not ideal when dealing with highly complex negotiations. Jill Rutter, a senior research fellow with the think tank UK in a Changing Europe, says previous Brexit deals have benefited enormously from informal meetings among backroom officials in corridors.

“The problem for these talks is that this means that there's only the formal interaction,” she said. “The sort of side chats in corridors, that were critical to seeing whether there were any areas where compromises could be agreed can’t happen now.”

“There is no real sign our British friends are approaching the negotiations with a plan to succeed. I hope I’m wrong, I don’t think so,” Hogan said.

The EU is also not convinced that Britain’s heart is in the talks. EU Trade Commissioner Phil Hogan told Irish broadcaster RTE that he has seen little commitment so far from the UK.

“There is no real sign our British friends are approaching the negotiations with a plan to succeed. I hope I’m wrong, I don’t think so,” Hogan said.

The British government, on the other hand, believes that Europe is being unfair in its demands, particularly in relation to access to UK fishing waters. Andrew Bridgen, a Conservative Party MP and staunch Brexiteer says the EU’s position is unreasonable.

Related: To work or not to work? UK lockdown unwind mired by confusion

“The problem for the European Union is that they are putting demands on the UK/EU trade agreement, which they've never placed on any other sovereign independent nation such as Japan or Canada or South Korea, in that they're demanding a level playing field, which is code for the UK accepting EU rules and regulations as-is and into the future,“ Bridgen said.

There is also the possibility that Britain is holding off asking for a delay, in the hope that the EU will cave to its demands at the last moment. Bridgen points out that many former Brexit deals have been struck at the 11th hour.

“As we get to the compression point and the EU realize that we are willing to leave without a comprehensive free trade deal, we'll see if they move their position. It's something they've done before over the negotiations with the so-called withdrawal agreement,” the Conservative MP said. 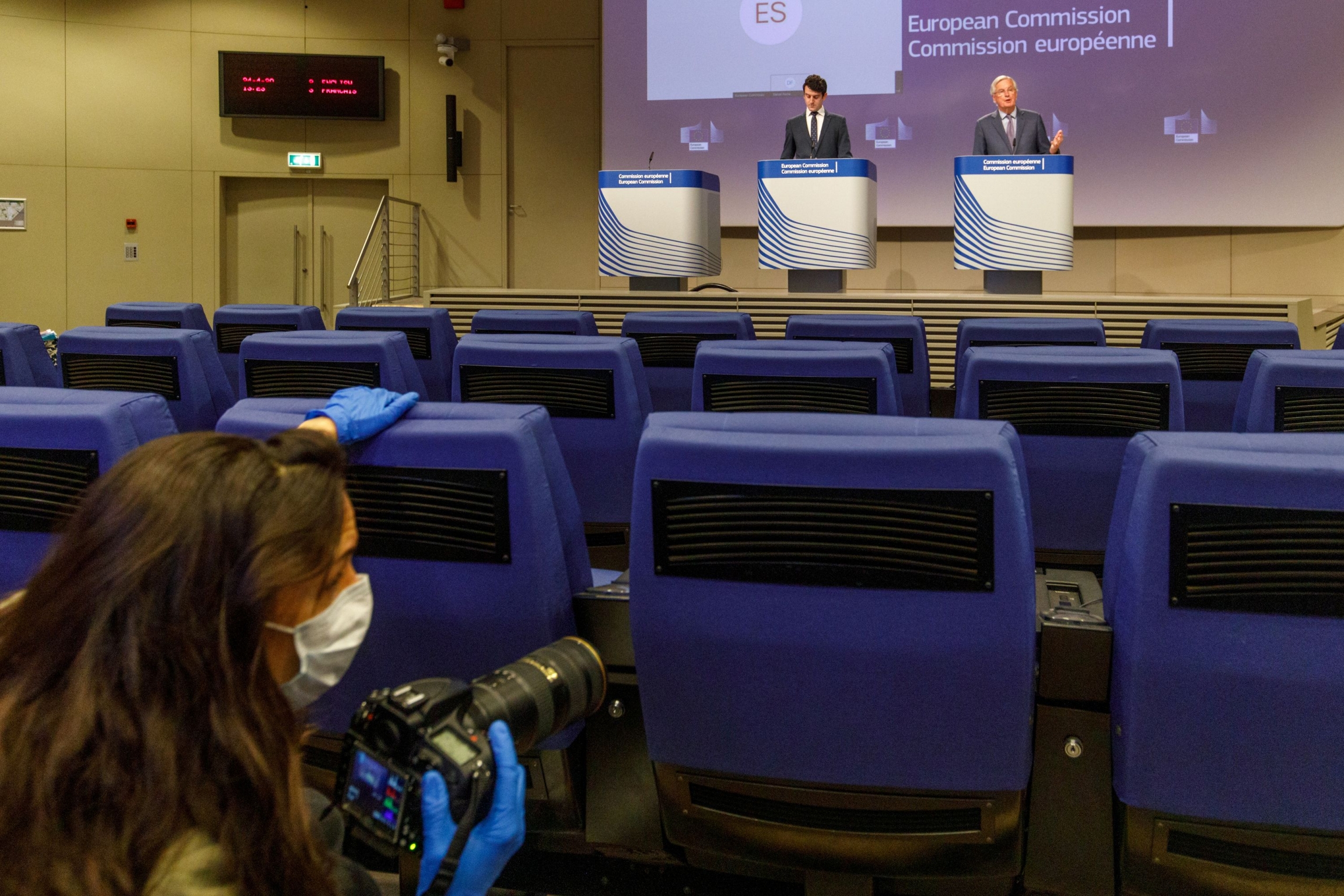 Few on either side of the English channel want Britain to leave the EU without a deal. UK businesses are already struggling and uncertainty over a future trading relationship with Europe couldn’t come at a worse time.

Rutter says no deal would be like reverting back to the 1950s in terms of trading rules, and some sectors would be badly rattled.

“It’s going to be quite a big shock to the economy coming on top of the coronavirus shock. And it's particularly bad news in some sectors who may face very high tariffs. So, if you're a British sheep farmer and you want to export your lamb to the EU, you're going to face prohibitively high tariffs to do that,” she said.

“If we could have a free trade deal with the USA, that's going to put considerable pressure on the European Union during these negotiations. It’s now the time for the UK to play the Trump card.”

Bridgen is less concerned. He believes the government has another card up its sleeve: a possible deal with the United States.

“If we could have a free trade deal with the USA, that's going to put considerable pressure on the European Union during these negotiations," he said. "It’s now the time for the UK to play the Trump card.”

US President Donald Trump has promised the UK a “far bigger and more lucrative trade deal” than any agreement with the EU.

But not everyone is convinced. A recent poll found that only about a quarter of the British public trust the US administration would treat the UK fairly.  It may be some time before we know which side really holds the Trump card.