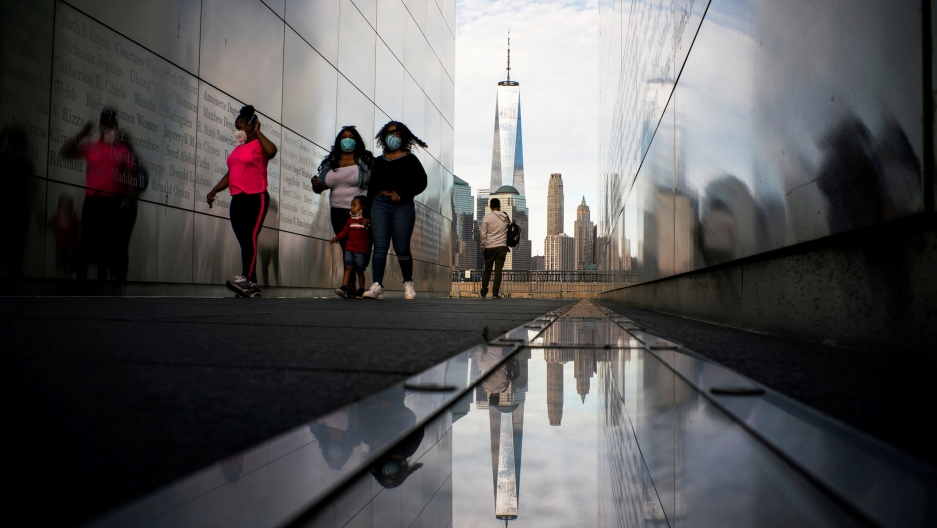 People visit the Empty Sky Memorial as the The One World Trade Center in New York is seen from Liberty State Park after many New Jersey Parks set to re-open during the outbreak of the coronavirus disease (COVID-19) in Jersey City, New Jersey, May 2, 2020.

New projections estimate that the European Union's economy will shrink by 7.4%, as investments flag and unemployment soars. Comparatively, during the financial crisis in 2009, the EU economy contracted by 4.5%.

More than 90% of India's jobs were in the informal sector of the economy before the pandemic struck. Now, economists fear that mass layoffs because of the virus could further damage the country's already deeply flawed labor market.

And in Southeast Asia, experts fear those left impoverished by coronavirus will be more vulnerable to forced labor and exploitation by trafficking rings.

As the US starts to reopen the economy, customers hesitate to return, and black-owned businesses face extraordinary hurdles. Meanwhile, despite evidence that the pandemic continues to pummel the US, President Donald Trump announced plans to wind down the coronavirus taskforce.

Also: 'There is a glimmer of hope': economists on coronavirus and capitalism

Theresa May: Nationalism won't save world from coronavirus

Former UK Prime Minister Theresa May excoriated the inward turn countries have taken during the pandemic. Nationalism and polarized politics have turned cooperation into weakness, she writes in The Times. "Lost is the idea that countries do better by working together to solve common problems, even if doing so sometimes means an apparent sacrifice of short-term benefit for the greater good."

It's a diplomatic take seen on both sides of the Atlantic. Former US Ambassador to NATO Nicholas Burns told The World: "We're in an economic collapse around the world, but there's been no attempt by the United States or China, to be fair, to activate that kind of global coordination mechanism — which is not charity. It's actually in the interest of Americans that we not have to bear the burden of all this ourselves, our taxpayers, that we actually want to be working with countries around the world to ask them to make sacrifices. And so that lack of coordination, I think, has also been surprising to our best friends around the world."

And: Death Clock seeks to bring ‘accountability for reckless leadership'

Before coronavirus, young Iraqis held some of the biggest protests in the country's history

Iraqi protesters wore face masks even before the coronavirus. Not that they predicted the pandemic; it was more to protect themselves from tear gas and to avoid detection by the security forces. Last October, Iraqis poured to the streets in several major cities and demanded changes in their government — until the arrival of COVID-19 forced them to pause their protests. Now, they're regrouping.

In normal times, millions of small financial transactions take place daily worldwide when immigrants wire a portion of their earnings to loved ones back home. Last year, these remittances totaled more than $550 billion, according to the World Bank. This year, the economic crisis is wrecking that cash flow. Worldwide, remittances are expected to plummet by about 20%.

Hundreds of millions will feel the financial hit in countries such as India, China, Mexico and the Philippines, which rely heavily on remittances from expats overseas. The economic ripple effects will also extend to smaller countries, such as those in Central America, along with Kyrgyzstan, South Sudan and Haiti.

And: Highways of Peru swell with families fleeing virus

Coronavirus upended her family. But this Latino teen is determined to make her vote count.

The coronavirus pandemic has turned 17-year-old Marlene Herrera's world upside down and brought a new set of worries: How will she pay for college? How will her uninsured family members access health care? And when will her mother’s unemployment benefits start coming? Those concerns are shaping how Herrera views the 2020 presidential election campaign.

“When I found out Sanders left, I was like, ‘Oh, he’s the one who was on our side about college, thinking about health care and stuff, compared to the two we have now,” said Herrera, whose grandparents are immigrants from Mexico. “I don’t know where I stand. Even then, I didn’t know where I stand, but now, it’s even worse.”

This once-frozen pass is a trove of Viking artifacts. Now, there's a race to preserve them. 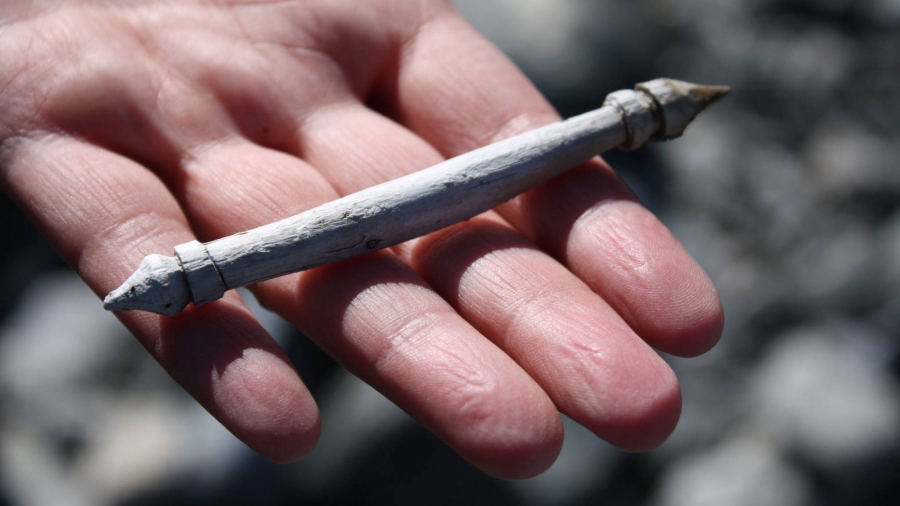 Wooden bit made from juniper for goat kids and lambs to prevent them suckling their mother, as the milk was processed for human consumption. Found in the pass area at Lendbreen. Such bits were used locally until the 1930s, but this specimen is radiocarbon-dated to the 11th century AD.

Since 2011, a mountain pass in central Norway has seen unusually warm summers linked to climate change. The melt has revealed an unexpected treasure trove of more than 1,000 remarkably preserved artifacts.

"That was the greatest moment in my archeological career," said Lars Pilø, co-director of the Glacier Archaeology Program in Norway. "We went into this depression. It was foggy. We couldn't really see anything. And we found a huge object which looked like a giant slingshot, which was, in fact, part of a sled. We didn't know that at the time. And then the fog sort of lifted. We could see the terrain was littered with artifacts."

Quarantine got you Googling bread recipes? Behold, the world’s only sourdough library, home to the world’s most extensive collection of sourdough starters. 🍞😋 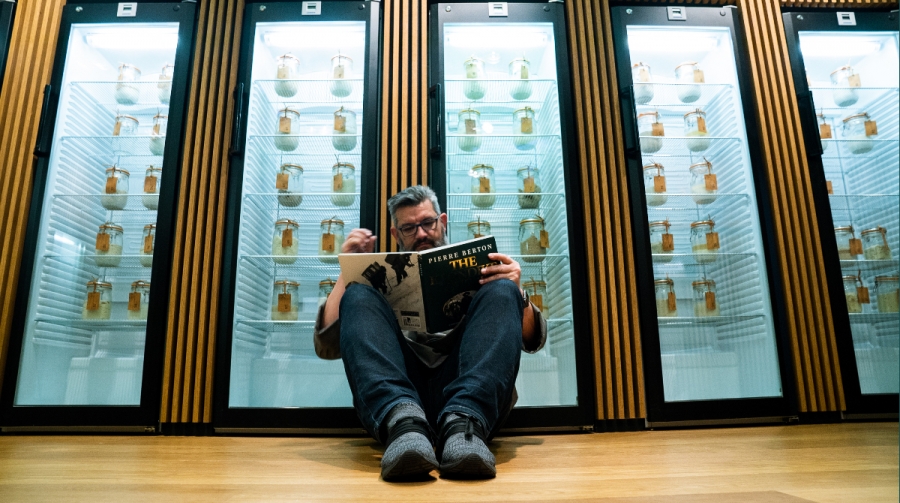 Karl de Smedt, curator of the world’s only sourdough library, sits in front of the refrigerators that house sourdough starters from around the world.

Listen: Has US leadership diminished over the coronavirus crisis? 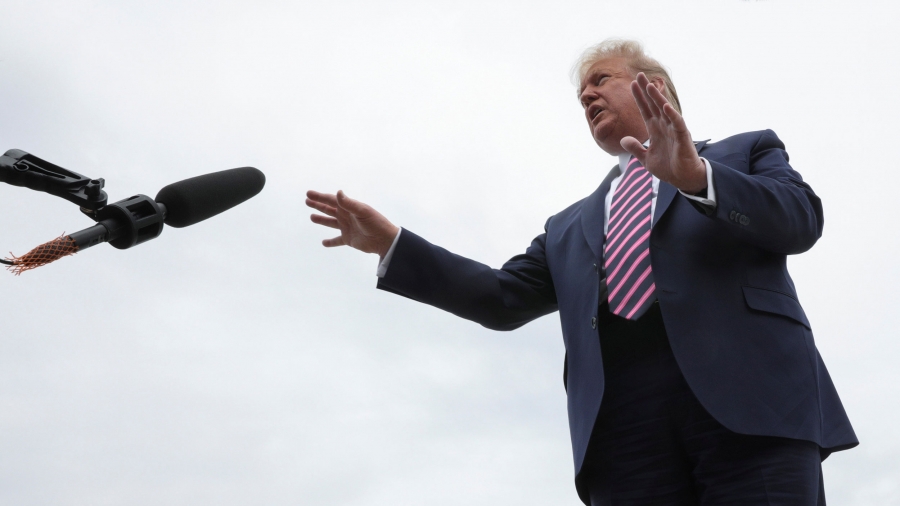 US President Donald Trump talks to reporters prior to boarding Air Force One as he departs Washington for travel to Arizona, May 5, 2020.

The Trump administration's handling of the coronavirus crisis has been the butt of jokes and critical editorials the world over. How real is this loss of prestige, and does it matter? And, for months starting in October, Iraqis poured into the streets in several major cities demanding change in their government. Then, the coronavirus happened. Bread making, particularly sourdough bread making, has become a trend for people looking for ways to pass time under lockdown. For sourdough librarian Karl De Smedt, it's his livelihood.