While millions are confined to their homes worldwide, baking projects are on the rise — say, cookies, cakes and bread. Sourdough bread is especially having a moment during the coronavirus pandemic.

Google trends report a 40% increase in search for the term "sourdough" since early March — despite the fact that making this type of bread requires several days of work and a lot of patience and precision.

Instead of store-bought yeast, sourdough bread requires a starter, a mix of flour and water that sits and ferments for several days. This handmade yeast, which gives sourdough bread its special flavor and consistency, is known as a "mother."

Once fermentation starts, the mother is self-sustaining and, with adequate care, can last for years.

“As long as you feed it, it has eternal life,” said Karl de Smedt, the curator of the world’s only sourdough library. “As long as someone feeds it with flour and water, you can keep it alive for thousands of years.”

Puratos Center for Bread Flavor, located in the Belgian village of St. Vith, is home to the world’s most extensive collection of sourdough starters. 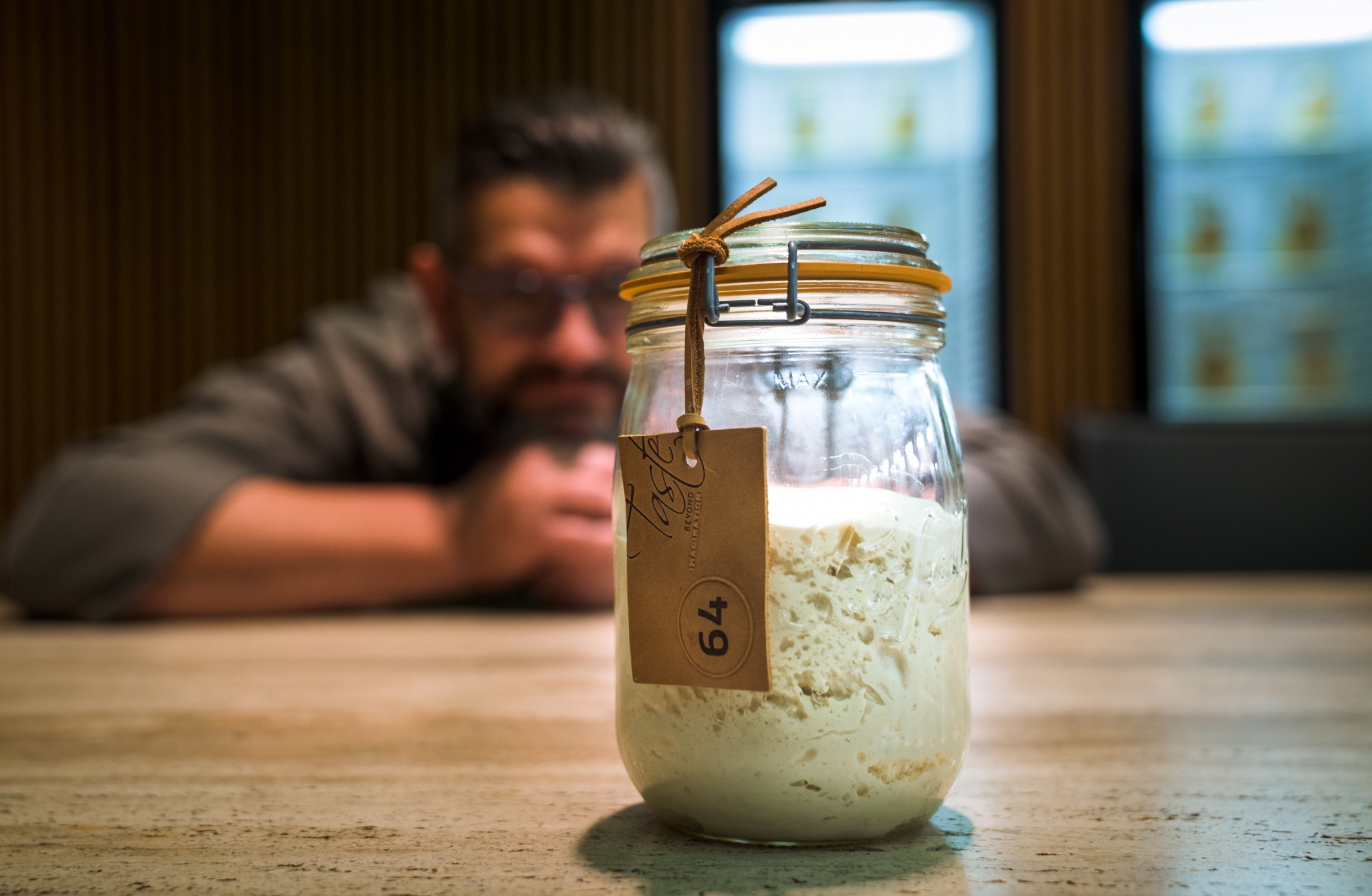 The sourdough library contains 128 different samples of sourdough starters from around the world.

De Smedt says the “sourdough revival” is a good thing to bring the old sourdough making traditions back — a core objective of the sourdough library.

“It's only during the last 150 years that we forgot what it was [to make sourdough in a traditional way],” he said. “A lot of knowledge has been lost than what we tried to do today is to reinstall that knowledge by studying sourdough and sharing that experience with everybody who is interested in it.”

De Smedt spoke to The World’s Marco Werman about the library and the art of good sourdough.

Marco Werman: How does the place where the starters come from influence the bread? Is it as significant to the taste of the bread as terroir is to wine?

Karl De Smedt: We have 128 starters and that gave us more than 1,100 different species of microorganisms. And so, to define which is responsible for what aroma is a bit difficult. But, it's true that a sourdough coming from the south of Italy or one coming from the north of Canada delivers a different flavor.

That's due to the microorganisms that are present in the starter, but also the origin of the flour is playing a role. In the south of Italy, they use durum wheat flour; in the north of Canada, they use wheat flour; in Germany, they use rye flour. All that is influencing, it's not just one component, but the combination of everything. So, there's still a lot of stuff to discover. The beauty of the library is that we can finally study sourdoughs. 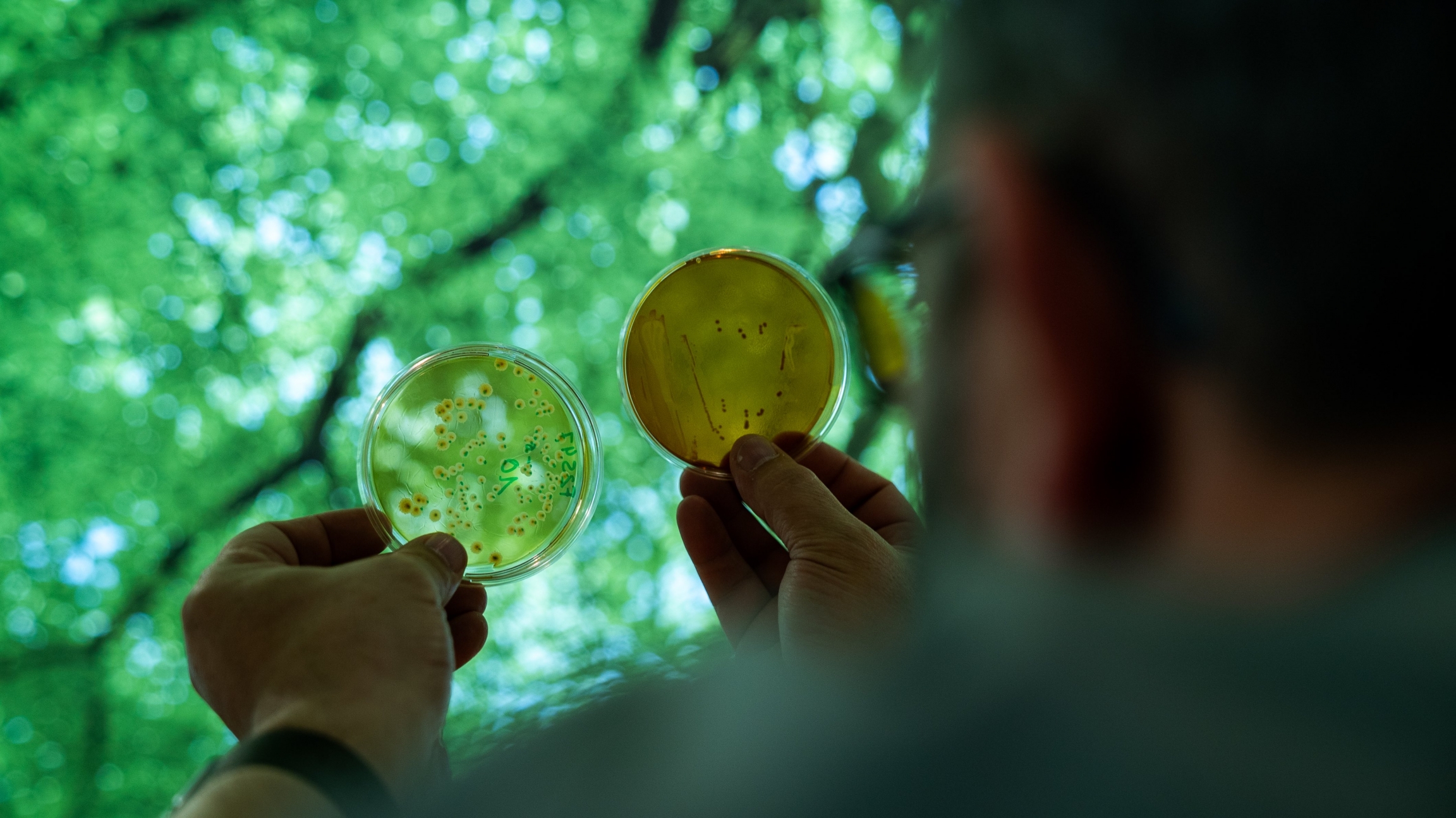 Microorganisms present in sourdough starters are one of the factors that influence the bread's special flavor. They vary from region to region.

What was your favorite sample to collect? I assume that this mission of yours for the sourdough takes you to some pretty far-flung places.

Two years ago, I was in the Yukon. I started collecting a sourdough in Seattle from Bainbridge Island and on the road, someone joined me from Alaska with her sample. And so, I collected samples that go back to the Klondike gold rush. And to me, that was one of the most amazing things for me. I was like a kid in the candy store. I could discover many things, and everybody I talked to adds a story about sourdough.

So, what is your advice for people who are just getting started with sourdough? They're watching their starter anxiously. They're not getting that yeasty smell, those bubbles — what do you tell them?

Yes, well, to quote, I think it was Winston Churchill, "If you're going through hell, keep going," because that's what happens. When you start the sourdough, you mix flour and water, you let it ferment for 24 hours, then you add flour and water and you do that for a couple of days. After two to three days, the thing starts to stink. It's at that moment that many people, who are not acquainted with the matter, say, "Oh, I screwed up, I did it wrong, I have to throw it away and I have to restart."

But that's the moment that you have to keep on feeding it, and you will see it after five, six, seven days, the balance between the lactic acid bacteria and yeast has happened. And you get something — it's bubbly, it's alive, it has a nice flavor.

That's my biggest advice. Don't be afraid; when it starts to stink, you just have to continue feeding it and everything is going to be all right.