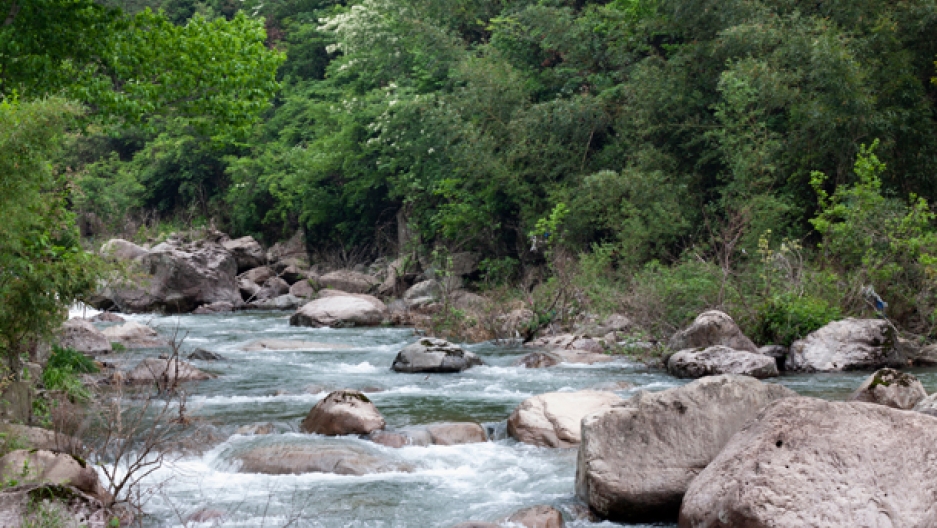 A river at flood stage in Tianmushan, Zhejiang Province, China.

The intelligent find joy in water. If Confucius is right, we must all be prodigies.

In moving to the countryside, we were swimming against the tide. Rural villages in China are draining, as young people migrate to the city for work. We joined a small trickle headed upstream, closer to the source of water.

Water isn’t magnetic, but it draws us to itself. All summer we swim in cool, deep channels, caressed by water heavy as silk. We slide down slick rock faces into churning whirlpools. We climb to the sources of springs to collect water, sweet to drink and fragrant with minerals. 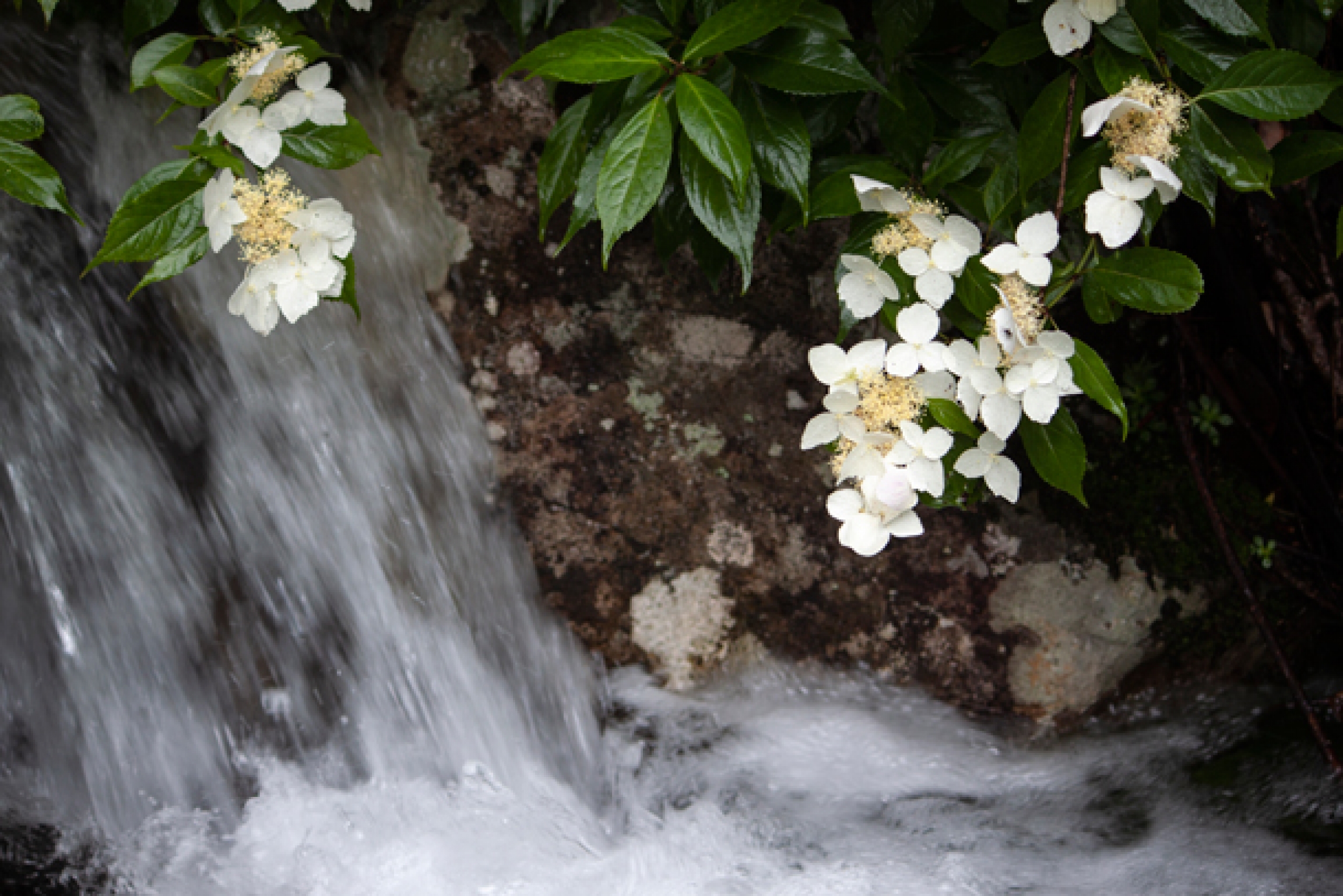 Outside Buddhist temples, we cleanse our hands and faces and souls with water. Later, we rescue frogs and turtles from the reservoir, half-believing their salvation earns us merit.

Most of the time, living in this place feels like a respite from environmental woe. Sometimes, though, we feel like we’re living on the front line.

When we started visiting in 2007, the drive led through a village stacked with bales of garbage. The acrid smell of burning plastic seemed a defilement. After the massive typhoons that swept over the mountains each August, we would find the trees along the swollen rivers snagged with plastic, like multi-colored bunting for some dark parade.

Once, playing with my two young sons ankle-deep in a stream, I caught sight of a young water serpent — delicious, but deadly. Then I realized, as it twisted downstream, that it was a plastic catheter attached to a needle — a dispatch of medical waste from some faraway place. 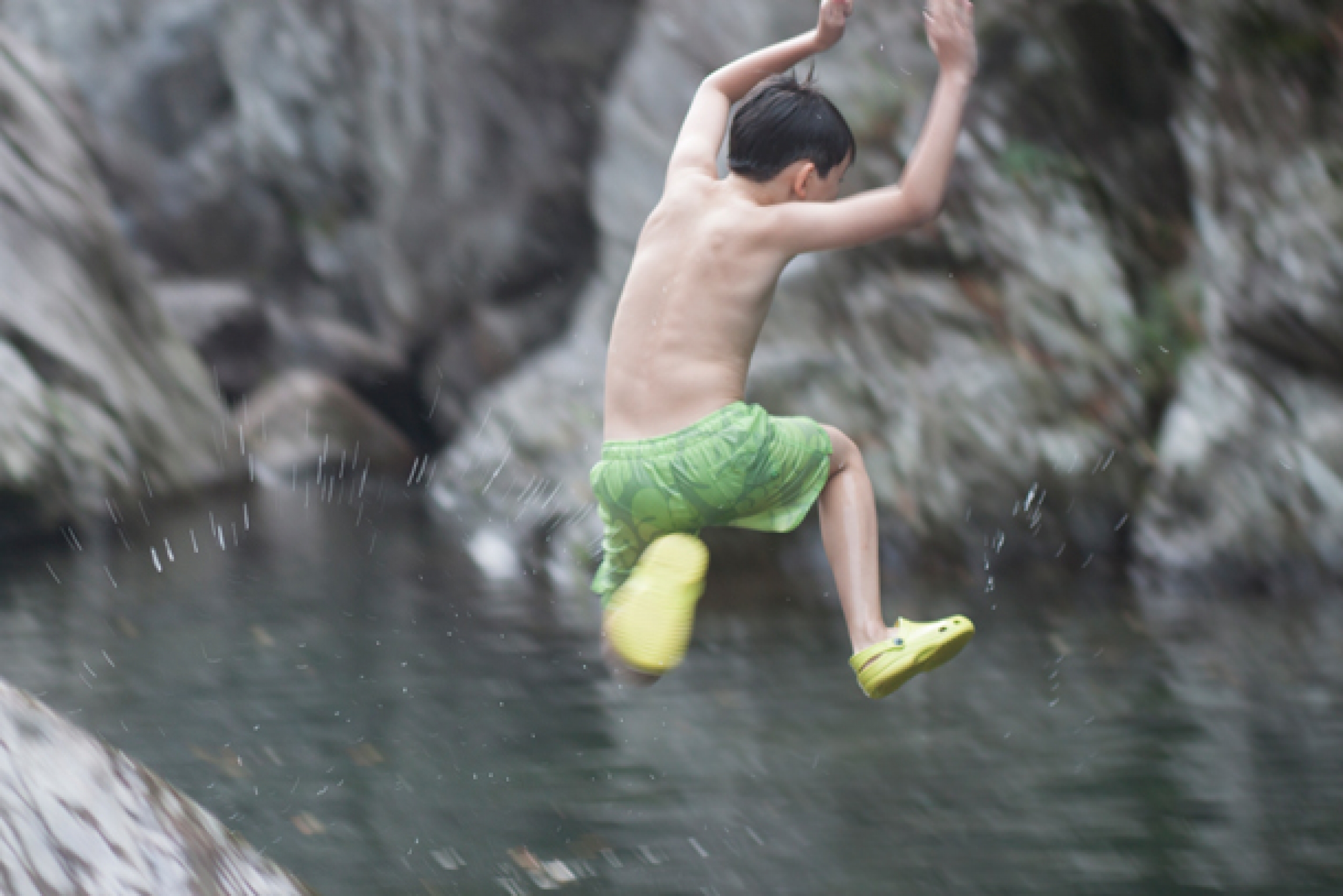 I attended village meetings where residents vented their frustrations. Such meetings were a tiny part of the collective anger and grief washing over China. The country’s later decision to restrict the waste it imported for recycling might be forcing other countries to look inward and confront their own consumption. But in places like Tianmushan, it’s rare now to smell burning plastic and common to share joy in water.

When we saw Tianmushan, I think we were just immediately smitten, not only because it's a beautiful place. It’s very mountainous. It's actually a UNESCO Man and Biosphere Reserve because of all of the rare species of plants and animals that are there in the mountain. 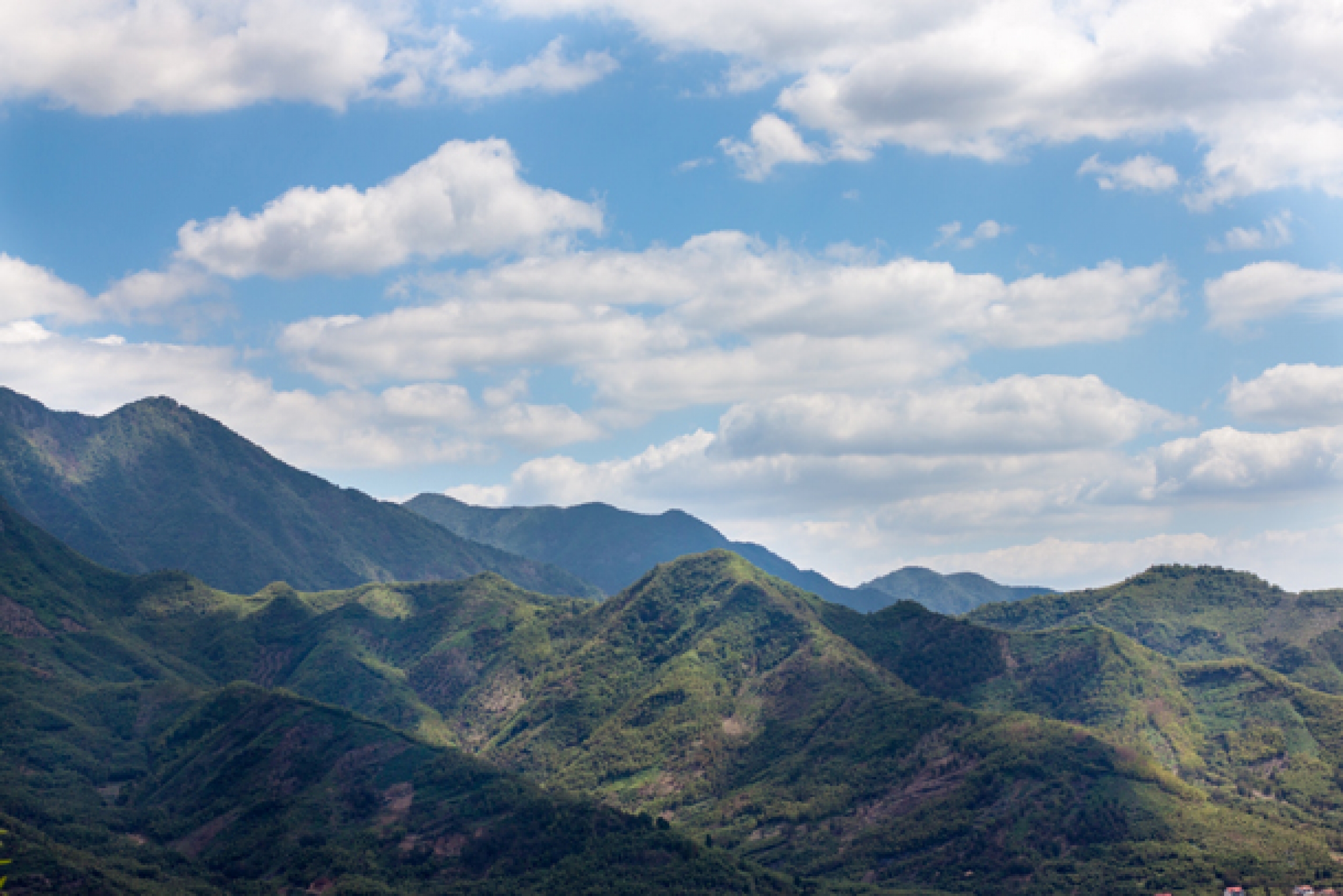 Tianmushan is home to a UNESCO Biosphere Reserve.

In China, many of the main Buddhist temples have historic documents associated with them, [called] temple gazetteers. The one for Tianmushan talks about the water and how the waters of Tianmushan connect it to all of the sacred mountains throughout China. So that was just another opportunity to really seep ourselves into the culture and spirituality of the place.

Actually, in one summer, the water dried up. The drinking springs dried up, which seemed absolutely incredible because our whole experience of being at Tianmushan was of being surrounded by water — gushing waterfalls, streams all around. We go to sleep to the sound of water, we play all day to the sound of water. And so it was incredible that the streams just dried up. There wasn't enough drinking water for everyone.

And I think that was what probably precipitated the angriest meeting. However, I think that the displeasure was so great that, actually, the willingness of those villagers to be vocal and to be heard has made an impact. There's such public support because people understand that their children need to grow up in a healthy environment.

Living on Earth gives a voice to Orion Magazine’s longtime feature in which readers write about the places they call home. Learn how you can submit an essay for the Orion Magazine series, The Place Where You Live.