Just a few weeks ago, Katelynn Taveras was practicing a choreographed dance in her Houston driveway, twirling and waltzing with her high school friends. She was preparing for a big day: her quinceañera, a coming-of-age party in Latin American cultures that celebrates a teenage girl's 15th birthday.

But her party, set for March 28, never happened.

There was something else she wanted that day: Up to 200 friends and family were supposed to attend, and she wanted to get as many of them as possible registered to vote on-site. She’d arranged for a voter registration table at the party.

Taveras is part of a program called Poder Quince, or Power Fifteen, led by Jolt Action, a large Latino progressive group in Texas focused on getting young Latinos involved in politics and their communities. The group sees such gatherings as a chance to boost the Latino vote in Texas, where 1 out of every 3 eligible voters is Latino — that’s approximately 5.6 million eligible voters.

But many families have either postponed or canceled their daughters’ quinceañera celebrations, impacting Jolt’s work. 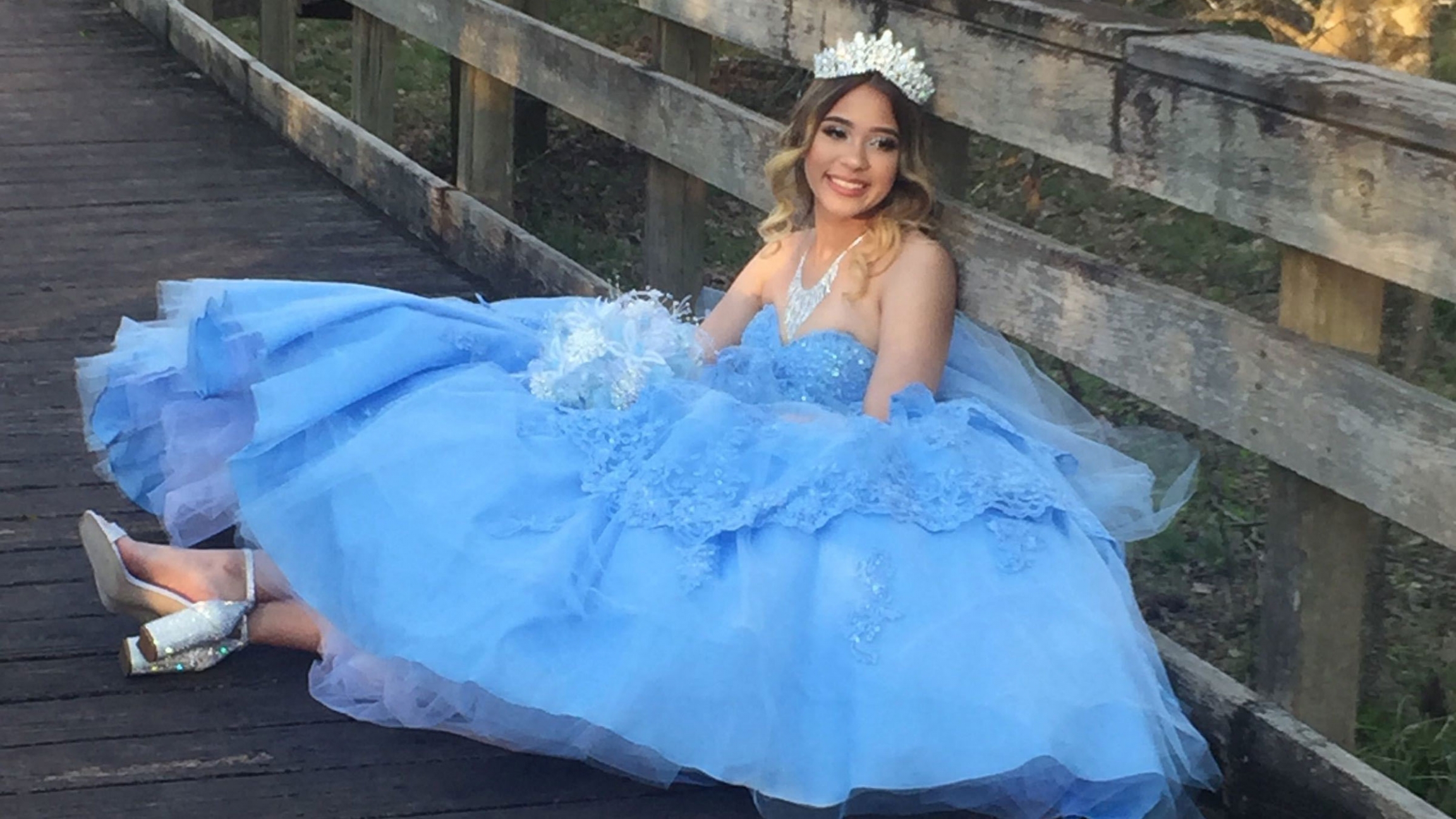 Katelynn Taveras, a teenager in Houston, Texas, poses in the dress she selected for her quinceañera. The party was canceled due to the coronavirus outbreak.

Courtesy of the Taveras family

An estimated 32 million Latinos will be eligible to vote nationwide this year, making them the nation's largest minority voter group for the first time, according to projections by the Pew Research Center. Grassroots organizations across the country have spent months and years getting as many of them registered to vote as possible in the lead-up to the November presidential election.

That get-out-the-vote work requires sending volunteers into communities to engage with potential voters who don't come to the polls regularly — or at all. But social-distancing guidelines in place to curb the spread of the coronavirus has pushed nonprofit organizations to adapt almost overnight. They’re turning to digital platforms to organize in the time of COVID-19, even when many don’t have infrastructure completely in place.

Fortunately, Arellano said, young people are tech savvy. “This new wave of power is concentrated in a digital generation of people that have grown up with social media at their fingertips, and it's our time to shine,” he said.

Digital grassroots organizing is not so new for another group, Voto Latino, which has chapters nationwide. It has run voter registration campaigns via text since 2006 — and most recently through Twitter and other social media platforms — targeting young Latino voters.

“The reason we target young Latinos is because we also know that they're the source of information for their tías, their abuelas and their moms. And so we want to make sure that they have accurate information that they can share with their elders.”

“The reason we target young Latinos is because we also know that they're the source of information for their tías, their abuelas and their moms,” said María Teresa Kumar, Voto Latino’s president. “And so, we want to make sure that they have accurate information that they can share with their elders.”

And because Voto Latino already has such a strong digital infrastructure in place, it’s helping smaller nonprofit groups struggling through the pandemic. Voto Latino partnered with local groups in Arizona during a recent Tuesday primary and hosted a virtual get-out-the-vote event by texting eligible voters. Kumar said the joint effort allowed them to reach over 30,000 voters in Arizona and Florida.

This helps keep up the No. 1 goal: Close the voter registration gap, Kumar said.

“Yep, that's our first charge. If you are a mamá, a papá, a tía, make sure that your young person is registered. Because they are the ones we need on our side. We need them in this fight,” she said.

Kumar says their social media campaigns can reach about 6.5 million people per month. Their videos, which tackle everything from how US elections work to the importance of completing the US census, target Latinos between the ages of 18 and 34, who comprise a large voting bloc.

Times are rough right now, but you can still secure political and economic power for your community from your couch. 💪🏽Take the census, it doesn’t matter what language you speak, or immigration status, you count! pic.twitter.com/UB6WvQ0wjI

Latinos are among the hardest hit in the US by the coronavirus, according to a recent poll by the Pew Research Center. That includes pay cuts and layoffs for a group that works primarily in the hospitality and other service industries without health insurance.

With this impact, nonprofit leaders like Arellano and Kumar say eligible Latino voters need to have their voices heard at the polls.

But the challenge remains: How will all Americans vote in November? Will people risk leaving their homes to vote in person, or can Congress pass measures to ensure widespread, mail-in voting?

Arellano said he hopes people will have a choice. As it stands, voting by mail is not consistent throughout the US. And there can be a lot of restrictions, including in states with big Latino communities, like Texas.

“Texas allows citizens to vote by mail in very limited cases for people who are 65 years or older; disabled; out of the country on Election Day; or during the early voting period,” he said.

For now, groups like Jolt is counting on its big following of Latino college students to keep up the energy ahead of November and put pressure on elected officials to reconsider expanding the vote-by-mail option, Arellano said.

“We're mobilizing our digital army of almost 15,000 young Latinos to call on their elected officials to take action. Our grassroots organizing model depends on them.”

“We're mobilizing our digital army of almost 15,000 young Latinos to call on their elected officials to take action,” he said. “Our grassroots organizing model depends on them.”

Taveras said she still plans to celebrate her quinceañera party — in person and with her family. The question is when.

“We’re still not sure. My parents want to wait for the coronavirus to pass, so we don’t have to keep rescheduling," she said. "Because we were going to have it in May, but I don’t think it’s going to happen in May."

Until then, Taveras is determined to keep volunteering from home to get out the vote.