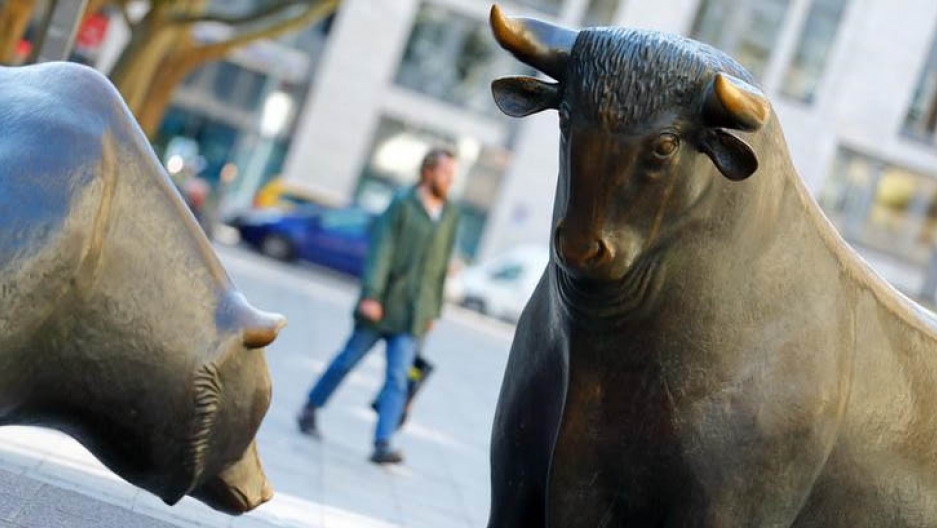 Bull and bear, symbols for successful and bad trading are seen in front of the German stock exchange (Deutsche Boerse), as markets react on the coronavirus disease (COVID-19) in Frankfurt, Germany, March 25, 2020.

Governments around the globe are spending big on stimulus packages. They want to stave off economic free-fall as business grinds to a halt due to the pandemic.

The US, for its part, is rolling out its largest economic stimulus package in history: the Coronavirus Aid, Relief, and Economic Security (CARES) Act, which is worth more than $2 trillion. The legislation is intended to help workers, businesses and states deal with the economic fallout of the pandemic, and addresses some of the gaps in the US social safety net.

Other countries are also spending big, but there are differences in how they do it and who benefits. Many European nations are expanding the institutions and systems already in place, said Harvard economist Jason Furman.

"The employers, the labor unions and the government in Denmark sat down and said: Don't fire people. The government will pay 75% of your wages. You have to pay 25% and the workers have to effectively work for free for five days. So all three groups are contributing something to make this work," Furman said. "In France, they have a paid leave system, paid by the state. And if you operate a small business and your worker can't work right now, you're going to continue to pay them and you'll get reimbursed by the government for the person who can't work. It's seamless. They're getting paid the same. For the employer — they're getting reimbursed."

The World's Marco Werman spoke with Furman, an economist at Harvard's Kennedy School of Government who was the chief economic adviser to former President Barack Obama, about how some European countries are managing the economic crisis brought on by the pandemic.

Marco Werman: You know, the example of France, where I believe a friend of yours got instructions from the government to just keep paying his nanny.

Jason Furman: Yeah. So a friend of mine in France has a nanny, and she can't work now because of this. And she got a letter from the government saying if she can't work, continue to pay her and we'll reimburse you. That is something that would have happened in normal circumstances if, say, the nanny, you know, got pregnant and had a child and got parental leave. And that same system is just taken and seamlessly expanded to these circumstances in a way that's completely different from what we have here.

There was a vigorous debate in Washington over how much cash would go to individuals and how much to big business and who would oversee the spending. What about in other countries? How do politicians work out the details?

Most other countries are parliamentary systems. In the United Kingdom, for example, the chancellor of the exchequer comes up with a plan. He sends it to parliament and a moment later, they pass it, making essentially no modification. So those types of systems can react much more quickly. They can also react in a more technocratic manner. If you look at the CARES Act in the United States, it reflects bargaining by Democrats in the House, the Democrats in the Senate, Republicans in the House, Republicans in the Senate. Lots of different powerful members of Congress got little tax breaks and other programs. So it's a bit of a messier hodgepodge, what you see in the United States, than the slightly more clean, streamlined responses you're seeing in a lot of other countries.

So I'm going to do something that I know you economists don't like, but look into the future, if you would. After the health crisis gets under control — which we all know is very difficult to predict — based on how governments are currently managing their economies, can you predict which countries will be back on their feet first?

I hate to do that. Unfortunately, we're going to learn an awful lot from studying the effectively different medicine that different countries are taking. It's almost like a randomized trial happening in real time. But I do think you're going to see places like Germany, Denmark, the Nordic countries, that both have a set of social insurance programs in place, but also have an ability to have labor unions work together with employers to weather the storm better.