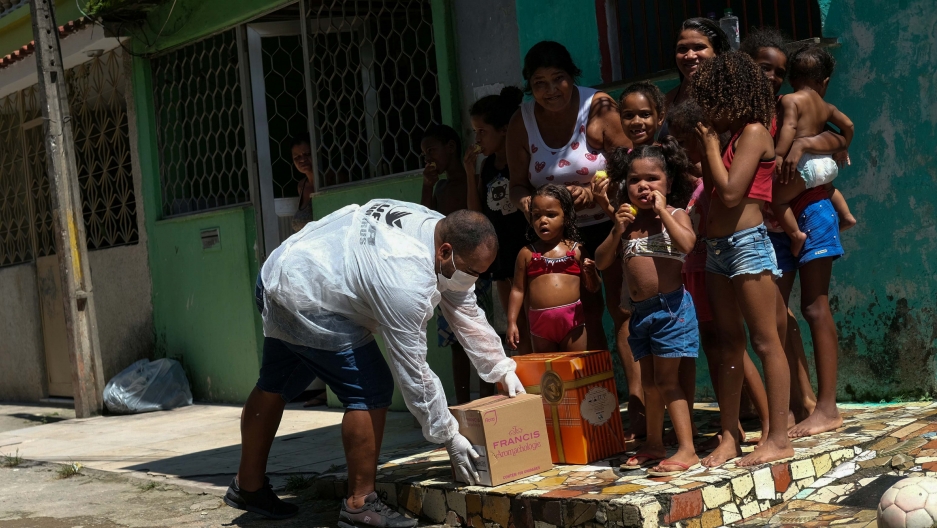 Around the world, the cacophony of pots and pans is a way to celebrate health workers on the front lines of COVID-19.

But in Brazil, these are the sounds of protests against President Jair Bolsonaro’s handling of the coronavirus pandemic and his comments that minimize its potential impact in Brazil.

In recent days, mayors and governors across the country have called for social distancing and lockdown measures in their jurisdictions to control the spread of the virus. Meanwhile, Bolsonaro has called — to no avail — for those measures to be relaxed. He has also called for all Brazilians, with the exception of the elderly, to go back to work as a way to keep the economy moving. He has called the coronavirus a “little cold.”

Bolsonaro has remained defiant even after US President Donald Trump, who has been Bolsonaro’s political role model, walked back his own skepticism about the outbreak. Bolsonaro’s stance has isolated him politically in Brazil.

“Bolsonaro is not understanding that this public health crisis requires unity across the political spectrum. And while there might not be immediate political consequences for his behavior, he is certainly losing public trust and the legitimacy he had after his election,” said Jose Alvarado Moises, a political analyst based in São Paulo.

The president’s comments have hit home for Leandro Lima, founder of a community news site in Rocinha, one of the largest favelas in Rio de Janeiro. Lima, 37, is at high risk for coronavirus since he suffers from asthma and chronic bronchitis.

Since early March, he has been quarantined in his home in Rio. During his time in isolation, he has heard “bizarre and confusing” messages from Bolsonaro, he said.

“Our government is in the middle of this political fight which is very irresponsible,” Lima said. “And that affects mainly Brazilians, especially those who live in the favelas and are having a hard time filtering the right type of information about the coronavirus.”

As of Friday, Brazil has over 8,000 cases of COVID-19 and over 300 deaths, with São Paulo and Rio de Janeiro states hit the hardest.

In the absence of presidential leadership, community groups and even gangs are stepping in to protect residents. In some Rio favelas, gangs have established a night curfew, circulating warning messages via WhatsApp and posting signs on the streets asking residents to stay at home and take the situation seriously.

Community groups in the favelas are organizing awareness campaigns and providing food supplies for those who are currently not working and have lost their income and are already struggling financially.

The Brazilian government has approved an economic package that will provide the poorest Brazilians the equivalent of nearly $100 per month for three months.