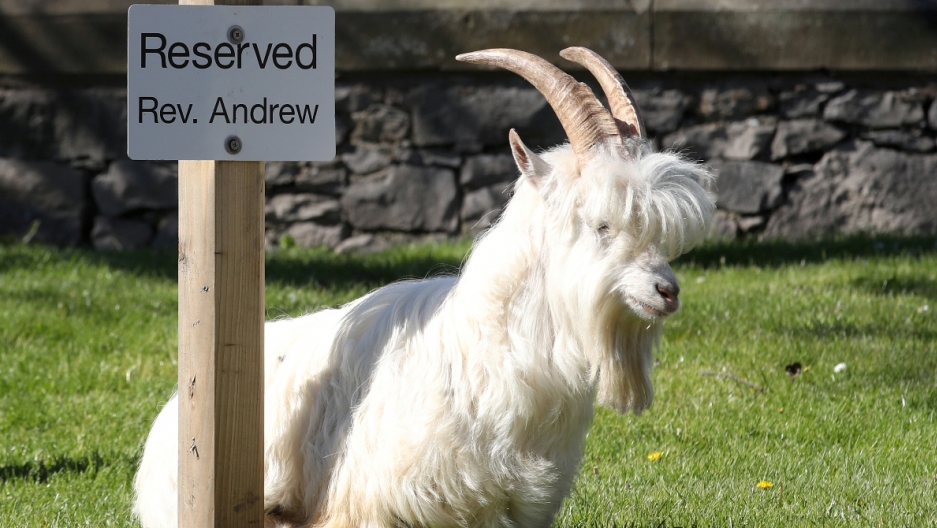 A goat sits next to a reserved sign in Llandudno, Wales, on March 31, 2020, as the spread of the coronavirus disease (COVID-19) continues.

A herd of Kashmir goats has invaded a Welsh seaside resort after the coronavirus lockdown left the streets deserted.

The animals, which normally roam free on a nearby headland jutting out into the Irish Sea, have instead wandered into Llandudno where they have spent the past three days feasting on garden hedges and flowers.

Like other countries affected by the global coronavirus crisis, the United Kingdom has imposed strict social distancing measures including shop and school closures, and the authorities are asking everyone to stay at home except for essential travel.

With the streets of Llandudno unnaturally quiet, the goats have been free to wander the streets undisturbed. 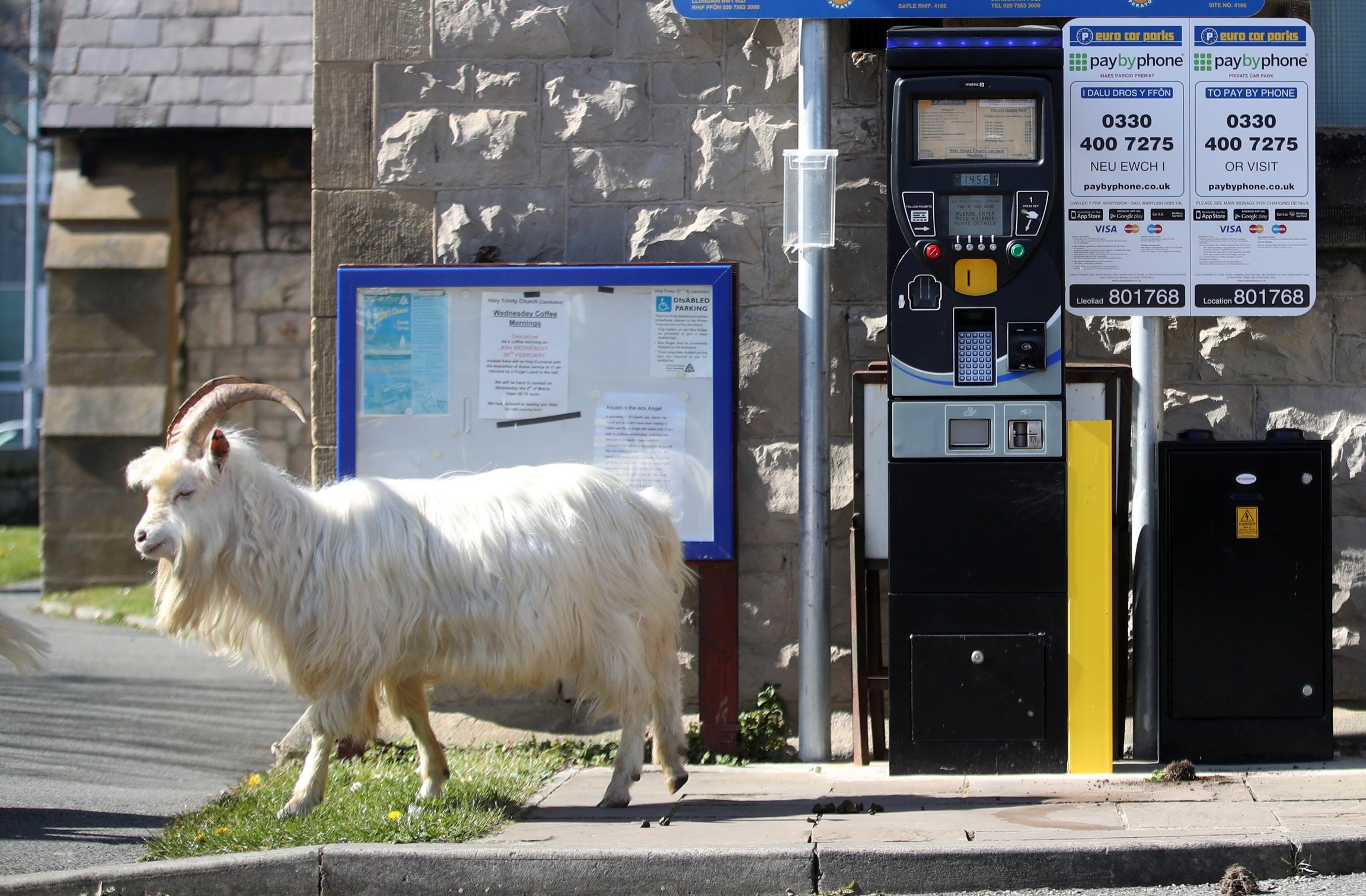 A goat is seen in Llandudno, Wales, as the spread of the coronavirus disease (COVID-19) continues.

"Because of the lockdown, there are no people, no cars, no noise, there's nothing to stop them. So they are just exploring places which they haven't explored before."

Llandundo resident and video producer Andrew Stuart said the goats are roaming around town, but avoid people who go out to photograph them. "They seem to be a bit adverse to people. You're not going to come close to them because they don't like you, as much as you wouldn't like to have a meeting with one of them in close quarters," Stuart said. "Because of the lockdown, there are no people, no cars, no noise, there's nothing to stop them. So they are just exploring places which they haven't explored before."

Town councilor Carol Marubbi said the goats didn't normally come into town unless the weather was awful, but on this occasion, she said, they probably realized something unusual was going on because there were so few people around.

"I think they're probably feeling a bit lonely and they have come down to have a look around."

"I think they're probably feeling a bit lonely and they have come down to have a look around," Marubbi said.

Kashmir goats have lived on the Great Orme promontory near Llandudno since the days of Queen Victoria when the species became popular in Britain due to a fashion for shawls made from their soft cashmere wool.

Marubbi said the herd of about 150 goats were a well-known local attraction and most residents did not mind having their hedges nibbled by them.

"I'm a big fan," she said. "I love them because they are characters."

With millions of people stuck at home sharing light-hearted content online to alleviate the tedium of the lockdown, images and video of the goats roving around the streets were a hit on social media, with #goats and #Llandudno trending on Twitter.

Stuart has been filming and photographing the goats in Llandundo and his Twitter posts have gone viral. He is known around the world, as he put it in one tweet, as the man who stares at goats. He says this event has made for a very memorable lockdown.

"I thought about what could possibly come out of lockdown? What's going to happen? I did not think that this would happen. I don't think anyone could have guessed this," Stuart said. "It's just so weird and bizarre and really funny at the same time." 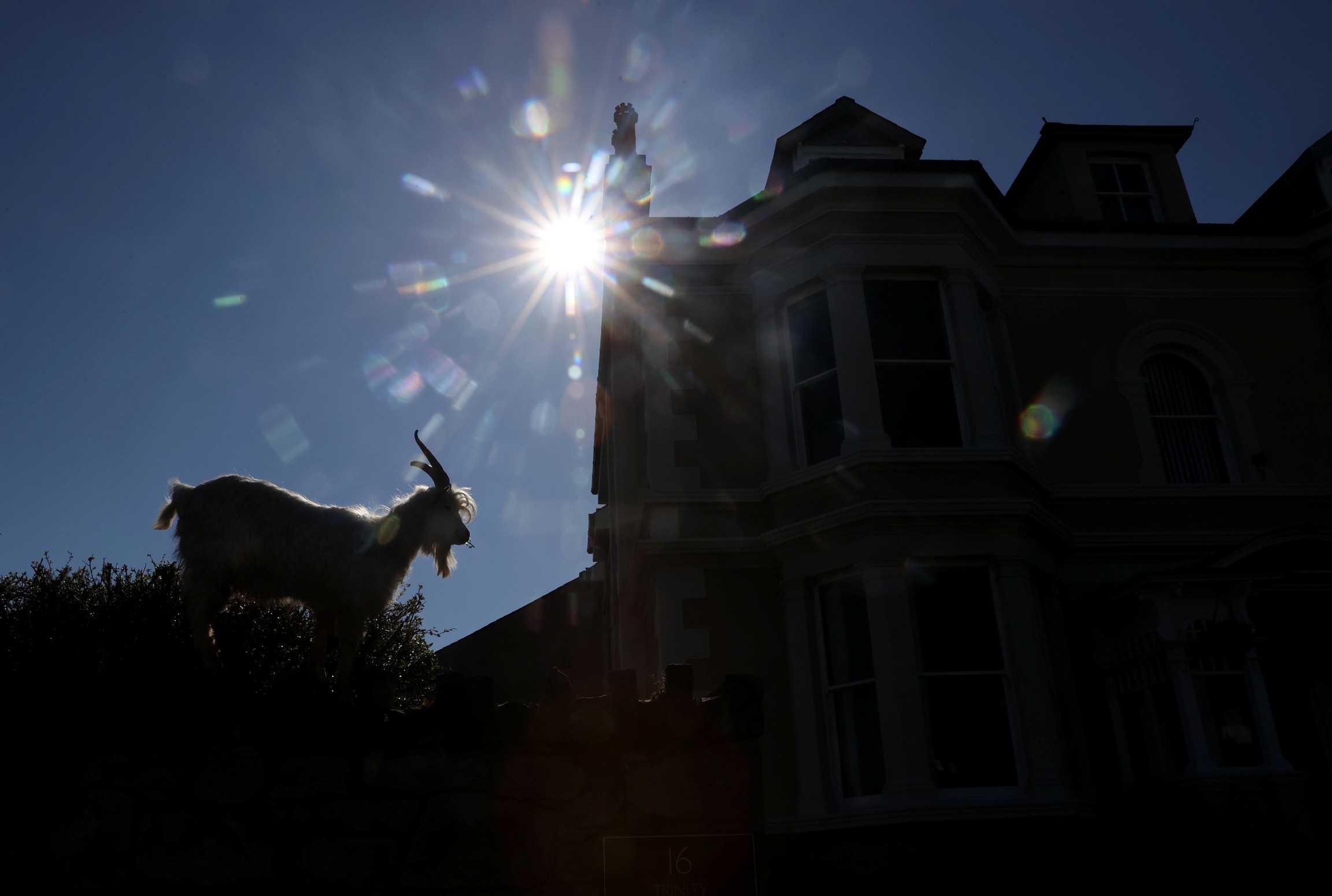 Goats which normally roam free near Llandungo have instead wandered into town where they have spent the past three days feasting on garden hedges and flowers.