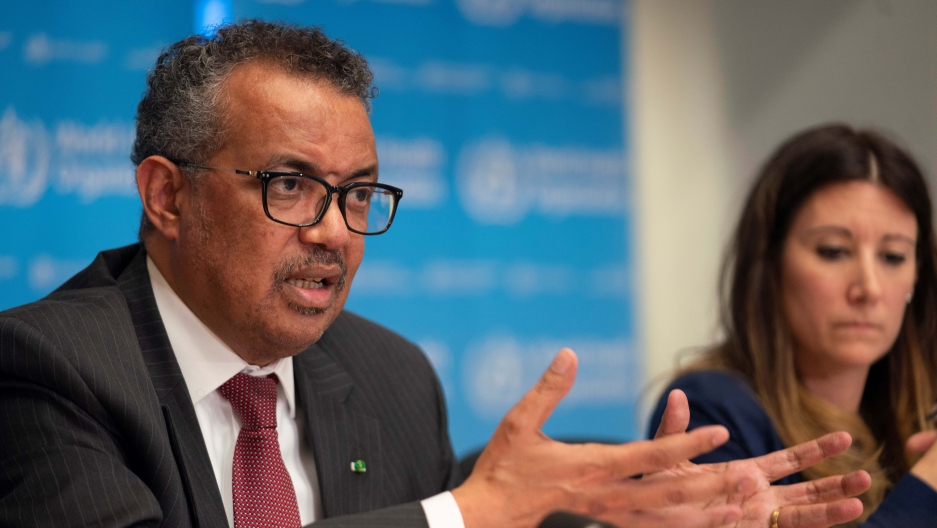 Director-General of World Health Organization (WHO) Tedros Adhanom Ghebreyesus attends a news conference on the outbreak of the coronavirus disease (COVID-19) in Geneva, Switzerland, March 16, 2020.

Messages from the World Health Organization have become a soundtrack of the new coronavirus pandemic. WHO’s director-general, Dr. Tedros Adhanom Ghebreyesus, leads near-daily updates, where he stresses guidelines and recommendations for the global response.

But what exactly is the role of the WHO, especially in times of crisis?

Its scope has grown over the decades to better respond to disease threats of all kinds, says David Heymann, a professor of infectious disease epidemiology at the London School of Tropical Medicine and Hygiene. The WHO now has the ability to declare global emergencies, call nations to action, and “name and shame” those who don’t play along or share vital information, as Thomas Bollykly of the Council on Foreign Relations puts it.

The WHO is like the conductor on a crowded world stage of performers, waving its baton to get everyone playing the same score, so to speak.

“It's an incredibly powerful responsibility that WHO has,” explains Suerie Moon, co-director of the Global Health Center at the graduate institute of Geneva.

At times, the agency has faced criticism for how and when it wields that authority. And despite its influence, the WHO can’t really enforce the rules it sets.

“If an instrument is playing well or badly, there’s nothing you can do,” says Marie-Paule Kieny, a former assistant director of the WHO.

That means this global, public health symphony is not always in tune or even playing the same song.

Today, most scientists and politicians agree that a coordinated, international response is needed more than ever. Ghebreyesus has called the COVID-19 pandemic the defining global health crisis of our time. Yet there are also worrying signs that countries are fighting selfishly for their own self-interests.

The World’s Elana Gordan reports on the history, power and limits of the WHO in its role as a global health authority as the world now fights this new infectious disease that is bringing even the best health systems to near-collapse.

To listen to the full story, click the audio player above.