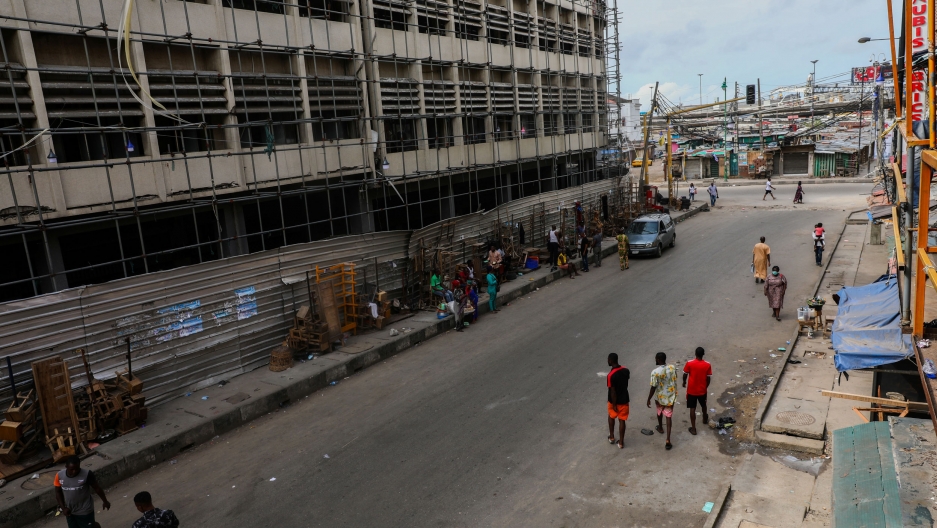 People walk along a closed market during lockdown by the authorities to limit the spreading of COVID-19, in Lagos, Nigeria, March 27, 2020.

Lagos, the largest city in sub-Saharan Africa, with an estimated 20 million population, has been transformed by a two-week shutdown of public life imposed as part of efforts to stem the spread of the highly infectious coronavirus in Nigeria.

Fear of the coronavirus has induced an extraordinary calm in Lagos, Nigeria's famously boisterous mega-city where streets known for miles of gridlock have emptied of traffic and eateries serving takeaways are almost the only shops open.

Nigerian President Muhammadu Buhari on Sunday ordered the cessation of movement in Lagos and the capital Abuja for 14 days in an attempt to curb the spread of the coronavirus.

The lockdown order also applies to all non-essential shops — those not selling food, water or medicine — in the sprawling market megalopolis near Nigeria's Atlantic Ocean coast.

The ban also included gatherings of over 25 people and told everyone to stay home with the majority of Nigeria's confirmed cases — 44 out of 65 — surfacing in Lagos and the state's health minister warning that the coronavirus is spreading. 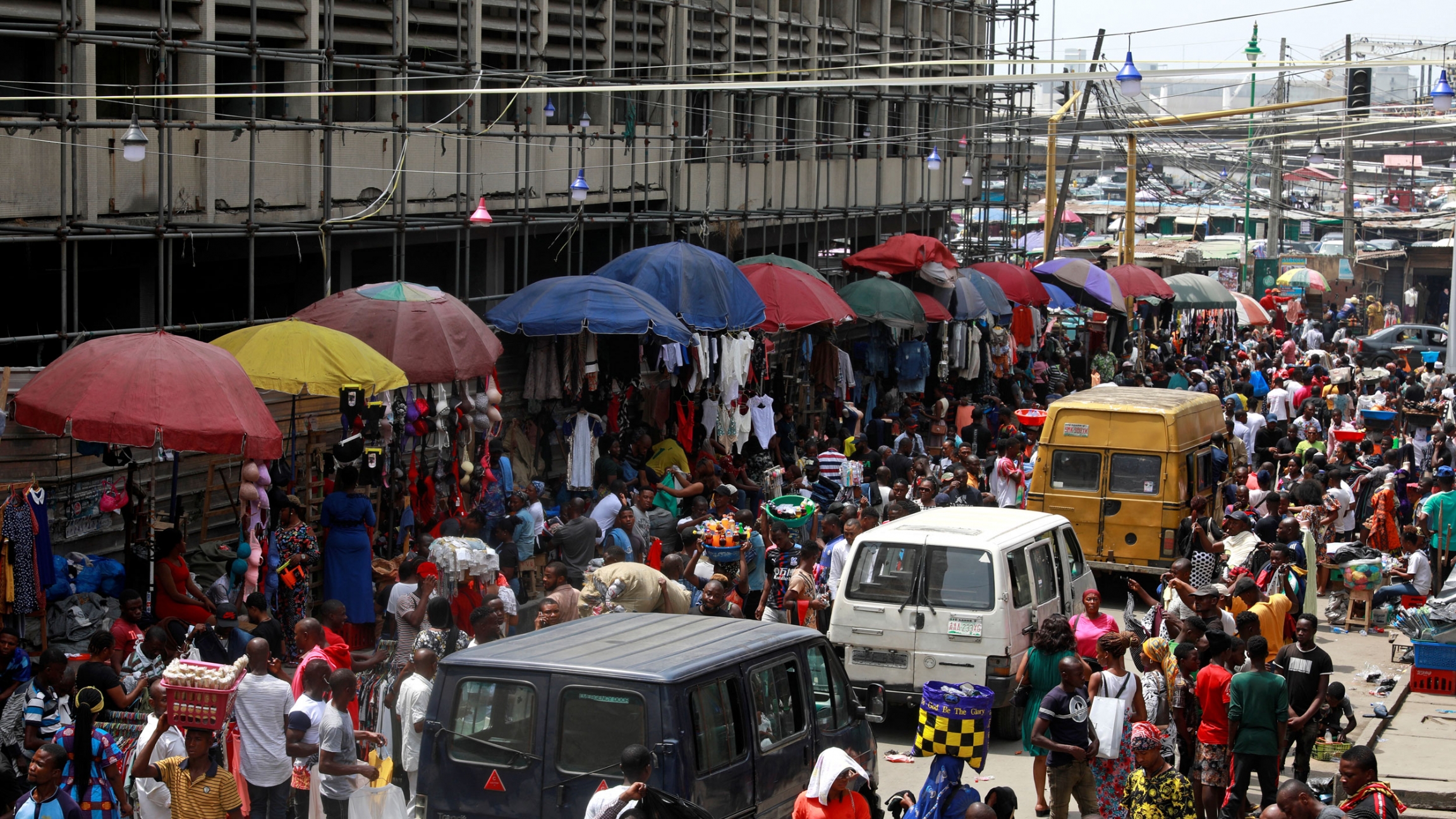 People shopping at the same market shown above in Lagos, Nigeria, on March 5, 2020 before a government ordered lockdown over the coronavirus.

As the lockdown began, most residents were compliant but afraid — both of getting sick and of losing much-needed income.

"I believe some of our traders will be stubborn or so because most of them do not have (food) to eat at home," said Fatai Adedabo, head of Computer Village, a collective market selling electronic accessories and offering phone repairs.

"We still have to monitor them and make sure the market is shut down totally."

Adedabo was not alone in worrying that poverty could hinder containment of the respiratory pandemic, which has infected more than 531,600 people worldwide and killed more than 24,000.

Sanwo-Olu conceded that a 100% lockdown was not possible due to the large numbers of Lagos residents who could not afford to stockpile essentials. Nigeria's Senate president said on Thursday authorities needed to help shield the poor from suffering the most on account of blanket closures.

Sanwo-Olu on Friday announced that food packs would be distributed to help Lagos residents.

The packs — whose contents would include rice, beans, bread, drinking water and vitamins — are intended to last for 14 days. He said they would initially be sent to 200,000 households but he hoped distribution would be ramped up.

By mid-morning on Friday, the first full day of the lockdown, most in the typically teeming and exuberant city appeared to be soberly accepting the closure.

Crowds that usually throng the roads were replaced by people walking in pairs, or alone, and the ubiquitous yellow "danfo" buses that are usually packed to the brim carried just a few customers.

As people adjusted under the careful watch of police, many agreed the effort to contain the coronavirus was necessary.