Music festivals around the world, including Glastonbury in the United Kingdom and Coachella in California, are part of the long list of events canceled due to the coronavirus.

But one festival is continuing forward in spite of — and in fact, because of — the pandemic.

The Social Distancing Festival is an online space for artists to showcase their work when a performance or exhibition has been impacted by COVID-19. Toronto-based playwright Nick Green created the virtual festival after his own production was canceled during the second week of rehearsal.

Related: Creating music when you're stuck at home

“I was in the first week of rehearsals of a production for a new musical called 'In Real Life.' And we received the news that because of the need for distancing, the production was going to be canceled,” Green said. “So, of course, that was really disappointing. We had been developing that project for two years.”

Green said combined with that disappointment was a fear of isolation; he was nervous about lacking a creative outlet under quarantine. The idea for the Social Distancing Festival came quickly, he said. He posted on Facebook about his “little website” to gauge people’s interest.

Hundreds of submissions have come in since then, including the band uKhoiKhoi from Johannesburg, South Africa. They had been preparing to release their first record at the Constitution Hill Human Rights Festival on March 27. When the festival was canceled, they needed a new way to share their unique, Afro-futuristic sound.

Sullaphen and his partner, Annalyzer, posted a video of themselves performing their song. Their manager submitted it to The Social Distancing Festival, which is a platform that Sullaphen says he and Annalyzer are “so glad to be part of.” 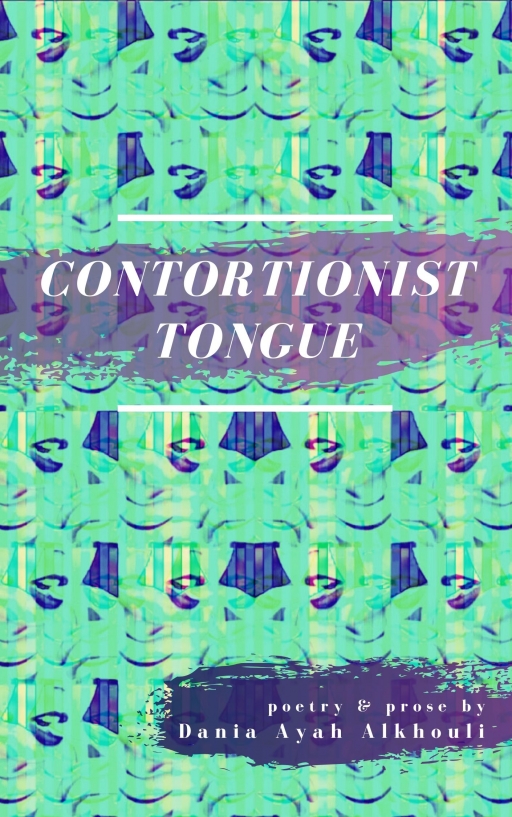 “Contortionist Tongue,” a book by Dania Alkhouli, a Syrian poet who now lives in California.

Dania Alkhouli is a Syrian poet who now lives in California. For the past two years, she’s been working on her latest book, called “Contortionist Tongue,” which talks about what it’s like to be a Syrian woman in today’s socio-political climate.

“Whether it’s through relationships or navigating through sexism, or just trying to find your place. Finding out — what’s home?” Alkhouli said of the book.

Alkhouli’s book launch was scheduled at a local art gallery and coffee shop on March 14. But the day before, the venue called and said it was shutting down.

The virtual book launch made its way into The Social Distancing Festival’s site. “I was very panicked the day of receiving that message. And, you know, was not expecting that,” she said. She didn’t have a backup plan. But people started asking her to do a virtual book launch. “At the very last minute, I decided to go for it. And it actually turned out to be really fun. I was very nervous. But it worked out really great.”

The site also features a selection of images from Foto Femme United’s exhibition, C*nsorsh*p. The exhibition gives a voice to women, nonbinary and trans photographers to show their photography without fear or threat.

“This was our very first pop-up exhibition,” Foto Femme United’s chief executive officer April Wiser said. “The opening was March 12, but then everything started shutting down that weekend.”

Wiser said the exhibition plans to re-open when the government allows gatherings, leading to uncertainty and a heightened need for projects like The Social Distancing Festival. Productions of all sizes are submitting their work to the site, from high school performances of “The Wizard of Oz” in Virginia to performances from the Dutch National Opera Studio.

“For me, this is a very somber moment,” said Rosemary Joshua, head of the Dutch National Opera Studio. The Opera Studio’s world premiere of “Ritratto” was canceled just one day before opening night. The cast quickly recorded a dress rehearsal and submitted it to the Social Distancing Festival.

“This was incredibly uplifting for the young singers, to at least have a record for posterity. So they could share all their hard work — even though it was a dress rehearsal,” Joshua said. “So the morale is high. But as you can imagine, for young artists — we were trained to share our human emotions and our souls and our intellects and our hearts. Pouring them out and reaching an audience — reaching a public. And so, to find ourselves alone, it can be a very depressing situation.”

Scottish artist Andrew McNiven is featured on the site for his moving image project called “Bachelors.” He said he is grateful for The Social Distancing Festival’s exposure now but thinks the greater value will come in the months and years to come.

Festival creator Nick Green said he isn’t sure what the Social Distancing Festival will become. It has already surpassed some of his expectations, though he expected artists would come together during this time.

“I’m certainly both surprised and also deeply not surprised about the response because I never thought it would reach all these corners of the world. ... But I also know artists very well and, of course, artists are looking for opportunities to keep themselves engaged and motivated and put their work out there.”

“I’m certainly both surprised and also deeply not surprised about the response because I never thought it would reach all these corners of the world,” Green said. “But I also know artists very well and, of course, artists are looking for opportunities to keep themselves engaged and motivated and put their work out there.”

Artists featured on The Social Distancing Festival are not paid for their submissions, nor do they have to pay to submit pieces for consideration. In the two weeks since the launch, hundreds of submissions have rolled in. Not all of the submissions get posted, Green said, but all submissions are encouraged. The site also has a calendar of performances being live-streamed across the world.

Artists are coming together online in other ways, too. Through “Broadway Goes Viral” on Facebook, Broadway stars share videos of themselves performing their songs at home. Broadway star Lauren Molina, from "Sweeney Todd" and "Rock of Ages," and musician Rob Morrison sang a song urging everyone to be a “Stay Put Sally.”

The month of March was scheduled to be Art Month in Hong Kong. A new online platform called Art Power HK is amplifying the voices whose performances have been impacted.

The Social Distancing Festival site even has a Beer Tent, an online chat room where Green hopes artists will connect and collaborate.

“My dream is to hear the story of two artists that have met through my site and collaborate on some really profound piece of art,” Green said. “And they live across the world and never would have met, otherwise."