Two candidates are left in the race to be the Democratic nominee for this year’s presidential election: former Vice President Joe Biden and Vermont Sen. Bernie Sanders.

Both back plans to make all public universities free. Sanders wants free tuition for all students, regardless of their financial situation — a position he’s taken for many years. Biden announced Sunday he would also implement free tuition at public universities for students who come from families making less than $125,000 annually. The move was largely seen as a concession to progressives. In the past, Biden has advocated for free community college.

The idea of free college is popular among young people in the US, and college affordability has been a key talking point for candidates on the 2020 campaign trail. College debt in the US is estimated at $1.5 trillion. During the 2018-2019 academic year, the average cost of attending an in-state public university was $10,116, while tuition at private universities cost $36,801.

“[College affordability] is much more prominent than what we saw in past election cycles,” said Wil Del Pilar, vice president of higher education policy and practice with The Education Trust, an advocacy organization.

Experts say the US can learn from free tuition policies implemented in other countries, particularly in Europe. Still, they say, free tuition alone won’t close the inequality gap in higher education. 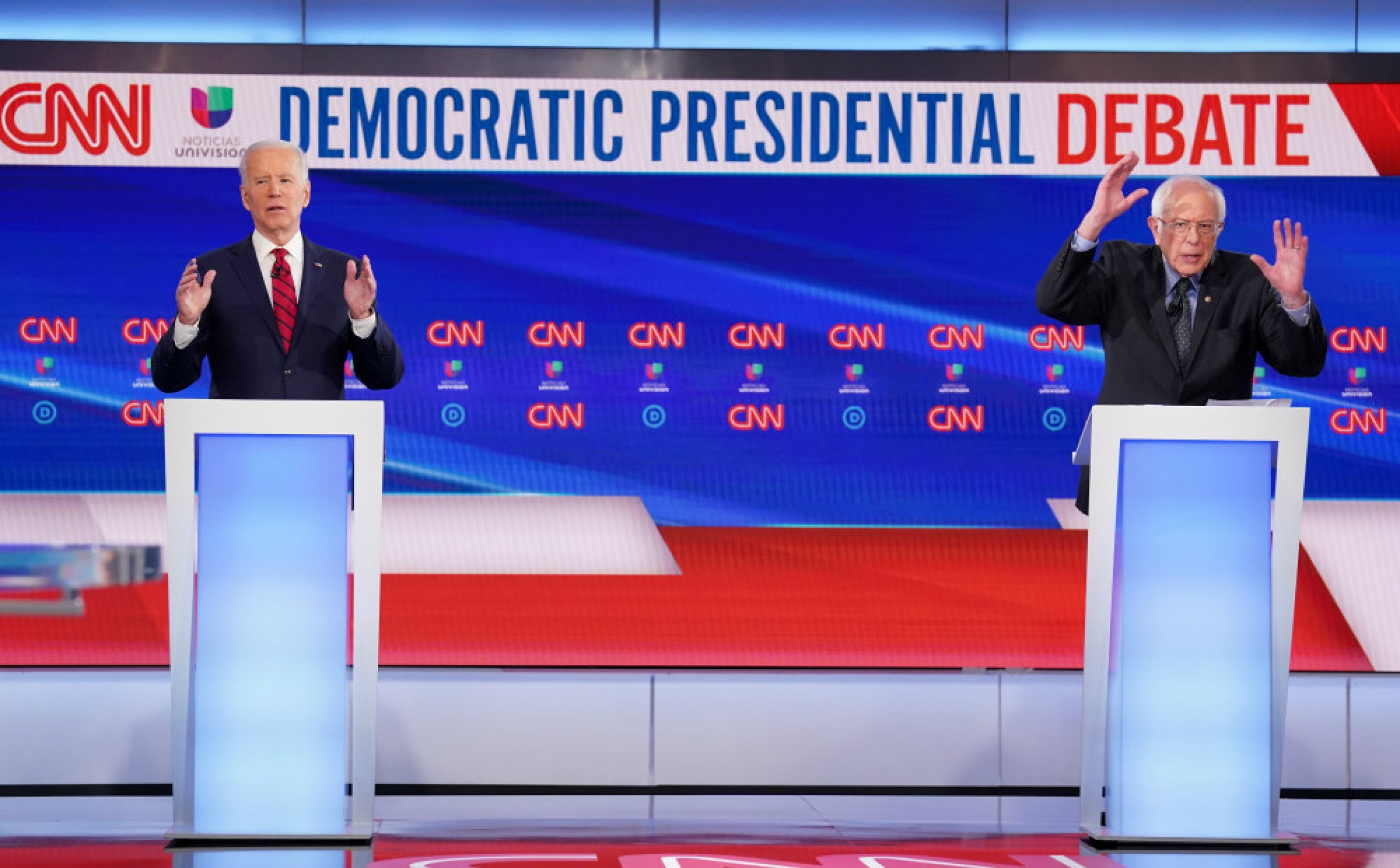 Looking to the European model

Norway, like other Scandinavian countries, offers free tuition at public universities. Citizens pay a high tax for both health care and education.

“There is a relatively high agreement that these are areas where you need some form of public coordination,” said Bjørn Stensaker, a professor of higher education at the University of Oslo in Norway.

To cover other expenses associated with going to college, students in Norway can get loans that can be converted into a stipend — if students complete studies during a certain period of time. This results in less debt for students.

Yet there are challenges even in tuition-free systems such as Norway. Some students might take longer to complete their studies or might drop out. A students’ success in college is often dependent on how prepared they are before they get there. So students from higher-income backgrounds — who are likelier to have attended better high schools or have parents who attended college — also tend to do better than low-income students.

“To really cater to the inequality issues, so that everyone really has equal access to higher education, then we also have to combine tuition-free systems with other types of measures.”

“To really cater to the inequality issues, so that everyone really has equal access to higher education, then we also have to combine tuition-free systems with other types of measures,” Stensaker said.

Germany also offers free tuition at public universities. Amanda Steinmaus is studying to be a teacher at the University of Duisburg-Essen in Germany and majors in English and history. She points to other possible costs when it comes to college — especially housing and food.

“So you do have to pay something per semester and that's money that goes to housing and food, ticket for public transport,” Steinmaus said. “I'm fine with that amount. But we find that a lot of students have difficulty even paying that much.”

Steinmaus hears about students’ struggles through her work as a board member of the Freier Zusammenschluss von StudentInnenschaften, Germany's national student union. She said she is able to support herself because of her family. Her union work is also her job and she gets compensation for it.

“I have had to take on a job in the past to support my studies. I worked as a cashier and as a tutor,” said Steinmaus. “If I had to pay tuition fees, I would probably still have gone to university. But there is no way I could have invested as much time to the student union and trying to change higher education for the better. I know that.”

In the early 2000s, the German government allowed public universities to impose tuition fees, but there was backlash. The student union fought to eliminate tuition.

“Education is a right. So it should be free for everybody. And there [are no] detrimental effects to having no tuition fees."

“Education is a right,” Steinmaus said. “So it should be free for everybody. And there [are no] detrimental effects to having no tuition fees. Really, it's one of the most important things about the German education system." 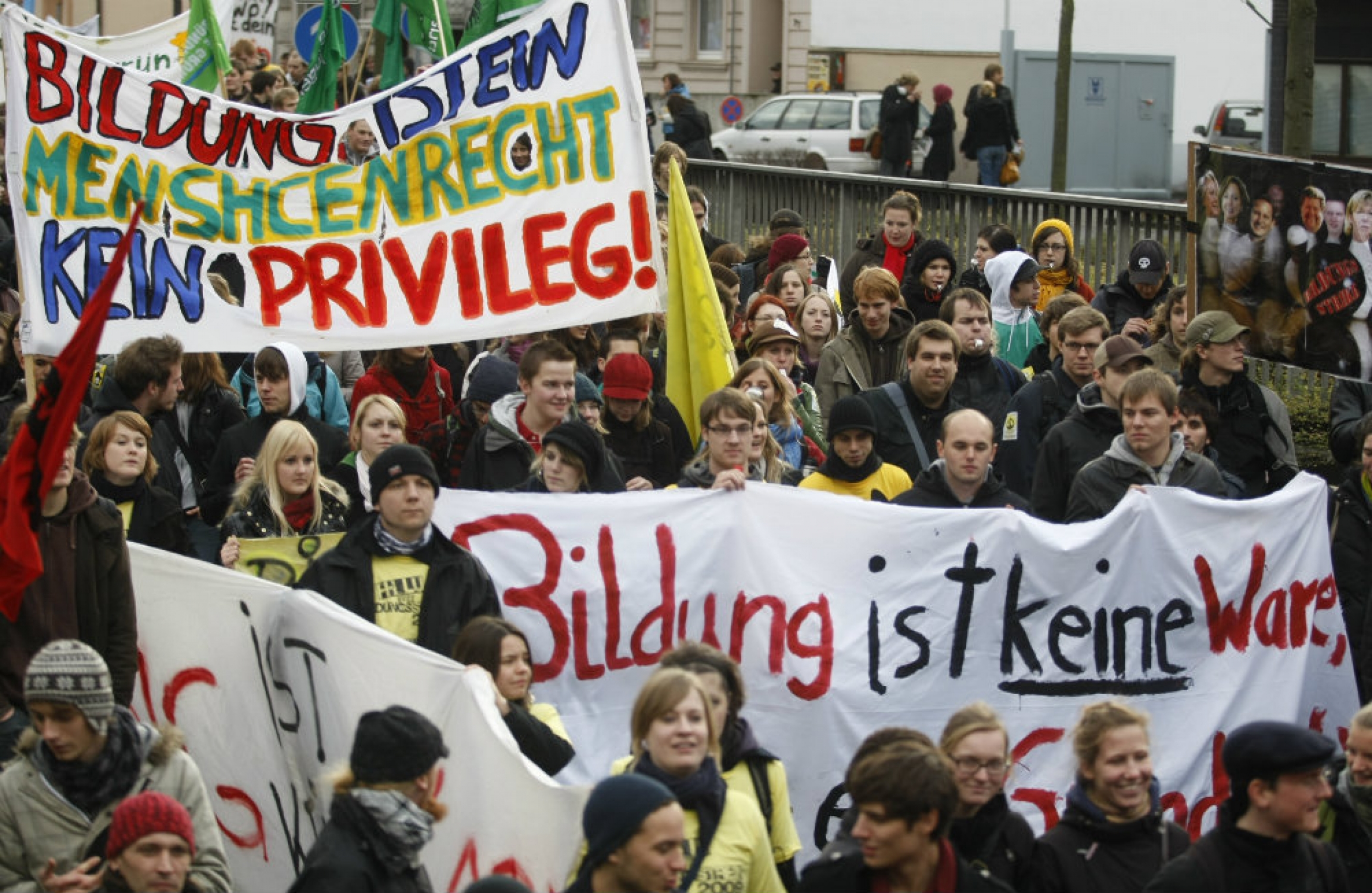 Students hold a banner which reads "education is a human right, not a privilege" and "education is not for sale" during a protest rally in Bonn, Germany, Dec. 10, 2009. Students are demonstrating against changes to be made under the Bologna-Process, a Europe-wide reform of higher education.

Free tuition alone is not enough

Experts like Del Pilar say free tuition is just one part of the solution in addressing college affordability. Del Pilar said in the US, 80% of other expenses in college are items that are not tuition-related.

“Where students are really struggling [is] with room and board, it’s with housing, it’s transportation. If you're a parent, it's with child care.”

“Tuition is part of the challenge for students, but it's not the whole challenge,” Del Pilar said. “Where students are really struggling [is] with room and board, it’s with housing, it’s transportation. If you're a parent, it's with child care.”

Studies show free tuition also does not close all of the inequities that exist between lower and higher-income students.

“[Free tuition policies] overwhelmingly tend to maintain the status quo, and they don't essentially improve access or outcomes for the populations who would benefit the most from [them],” Del Pilar said.

Still, there are clear benefits. For one thing, free tuition tells lower-income students that college is possible for them, according to Stensaker, the professor from Norway.

“Having a system which is tuition-free, is at least a system that would take away one of these mental barriers that we see many students from lower socio-economic strata have for attending higher education,” Stensaker said.

Chile has also recently implemented free tuition. In the past, markets dictated how much universities could charge in Chile. Students had to take out loans to pay for college tuition. During mass protests in 2011, students demanded that the government make college free.

In 2014, former President Michelle Bachelet won the election largely because of her promise to provide free tuition for everyone. But after the election, economic growth in Chile slowed down and the government scaled back on the free college program. In 2016, students in the bottom half of Chile's income distribution received free tuition. In 2018, it was expanded to students in the bottom 60%. 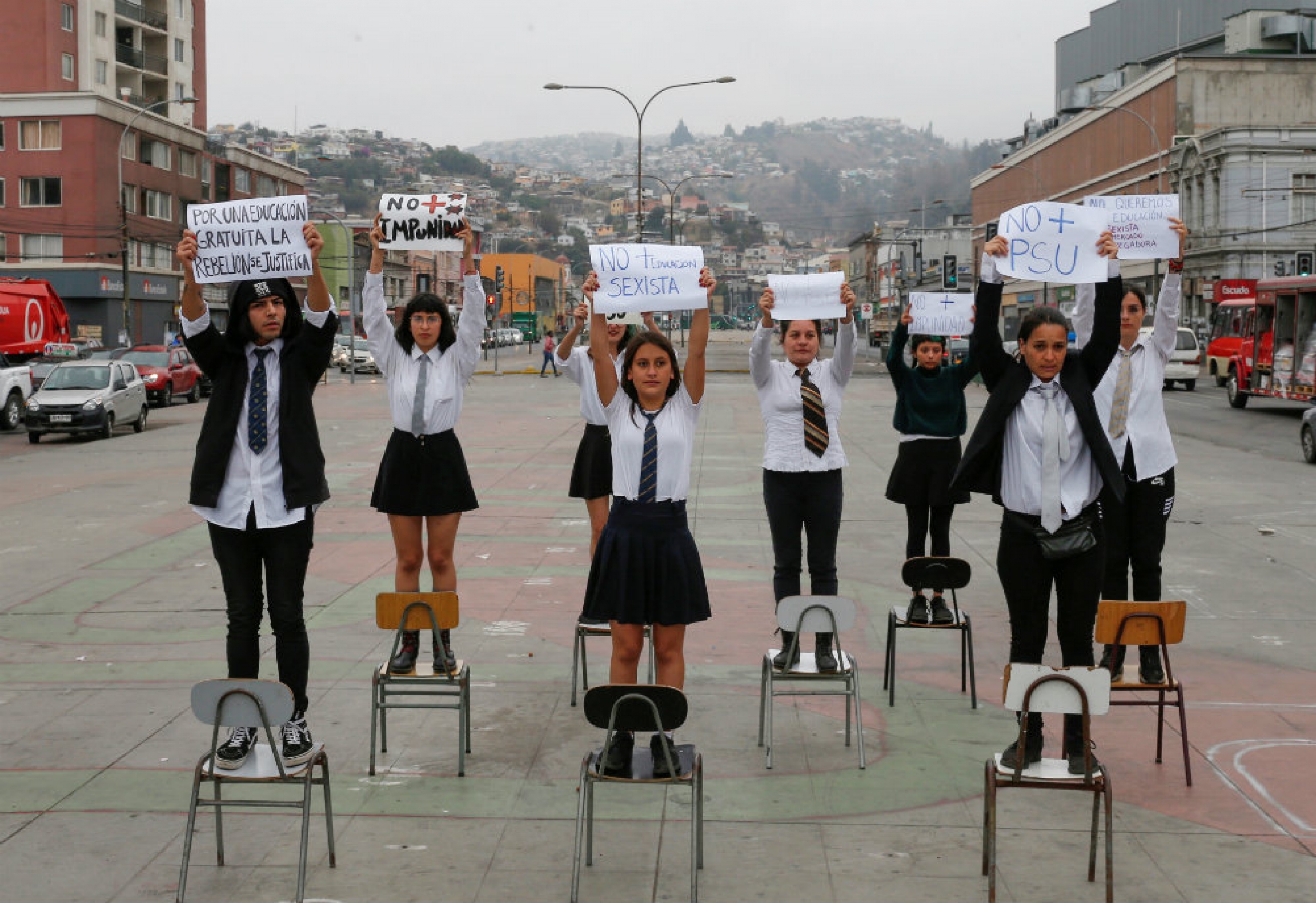 Students take part in a protest with placards that read: "For a free education, the rebellion is justified," and try to boycott the university admissions test that they accuse of inequality and elitism in Valparaiso, Chile, Jan. 27, 2020.

Ariane De Gayardon, with the Center for Global Higher Education at the University College London, says some students have benefitted from the free tuition system in Chile.

“The good news [is that] there are some students entering higher education that weren’t enrolling before,” De Gayardon said.

But De Gayardon said there are other issues. While free tuition opens doors for some low-income students, they still have to do well on college entrance exams to get into the best universities. Recently, high school students took to the streets in Chile because they say the tests are unfair.

Marcos Faure is a high school student with Coordinating Assembly of Secondary School Students, a student group organizing the protests. He said free tuition is not enough in solving inequality issues in education in Chile.

“... people in vulnerable communities don’t have the money to prepare their students because they’re focused on other necessities.”

In Brazil and Russia, students also are able to enter free-tuition colleges if they do well on entrance exams. These types of limitations based on academic performance favor higher-income students, De Gayardon said.

“We know low-income students are not as well academically prepared than rich students,” said DeGayardon. “So what happened is that your high-income student was the one receiving free tuition.”

De Gayardon said free tuition lifts just one barrier to higher education for low-income students. They also need more support in the form of financial aid or grants and guidance throughout their college years in order to succeed.

“Free tuition in itself is not enough to create the kind of equitable system that people promised,” she said.