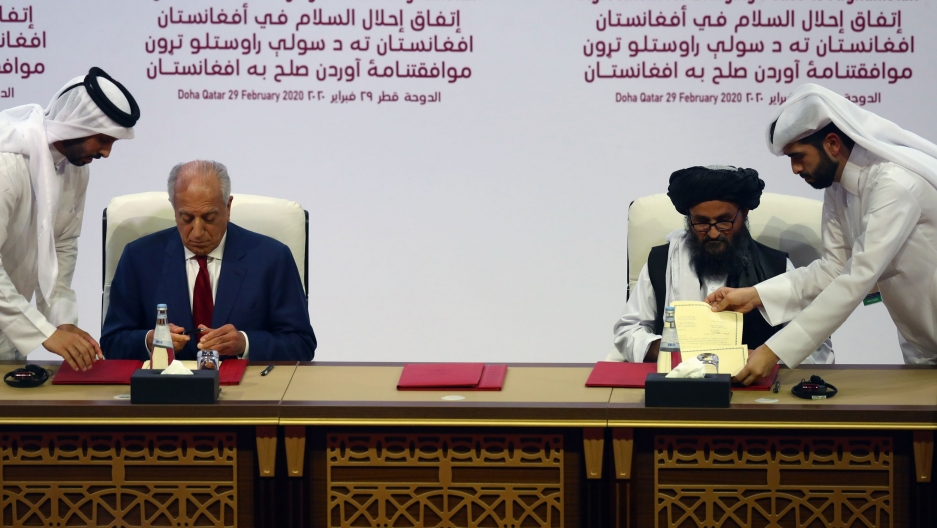 Mullah Abdul Ghani Baradar, the leader of the Taliban delegation, signs an agreement with Zalmay Khalilzad, US envoy for peace in Afghanistan, at a signing agreement ceremony between members of Afghanistan's Taliban and the US in Doha, Qatar, Feb. 29, 2020.

The US and the Taliban signed a deal in Doha, Qatar, Saturday that lays a path to end the nearly two-decade long war in Afghanistan. The agreement outlines a US and NATO troop withdrawal over 14 months, but is still somewhat tenuous. The US-backed Afghan government was not a party to the talks, though the agreement indicates that intra-Afghan talks between the government and Taliban must begin by March 10. The country is still saddled with institutional challenges that could be a threat to the successful implementation of the agreement.

More: US signs peace deal with Taliban after nearly two decades of war in Afghanistan

Turkey openly declared war for the first time against Syrian President Bashar al-Assad's forces, announcing the launch of a counteroffensive in northern Syria. The move comes after more than 30 Turkish soldiers were killed in an airstrike last week, and Assad continues an offensive to retake rebel-held Idlib. The violence has pushed nearly a million people towards the Turkish border, where they are faced with horrific conditions. Last week Turkey said it would no longer prevent Syrian refugees from heading toward Europe.

More: Is the European Union facing a new refugee crisis?

In Slovakia, an anti-corruption platform spurred the center-right to victory in Saturday's elections, which resisted a pull toward right-wing facism and keeps the Central European country in the political mainstream. Corruption has been a focal point in Slovak politics after the 2018 murder of Ján Kuciak, an investigative journalist, and his fiancée.

And in Israel, voters are in the midst of their third election in less than a year, with afternoon reports showing the highest voter turnout since 2013. Follow the results here.

South Korea sought murder charges against leaders of Shincheonji Church of Jesus, a secretive religious organization at the center of a growing coronavirus outbreak in the country. The global death toll of COVID-19 has risen to above 3,000.

Outside of Seattle, health authorities announced a second person died of the coronavirus at the EvergreenHealth hospital in Kirkland, where the virus may have been circulating for up to six weeks.

Also: How coronavirus is already being viewed through a partisan lens 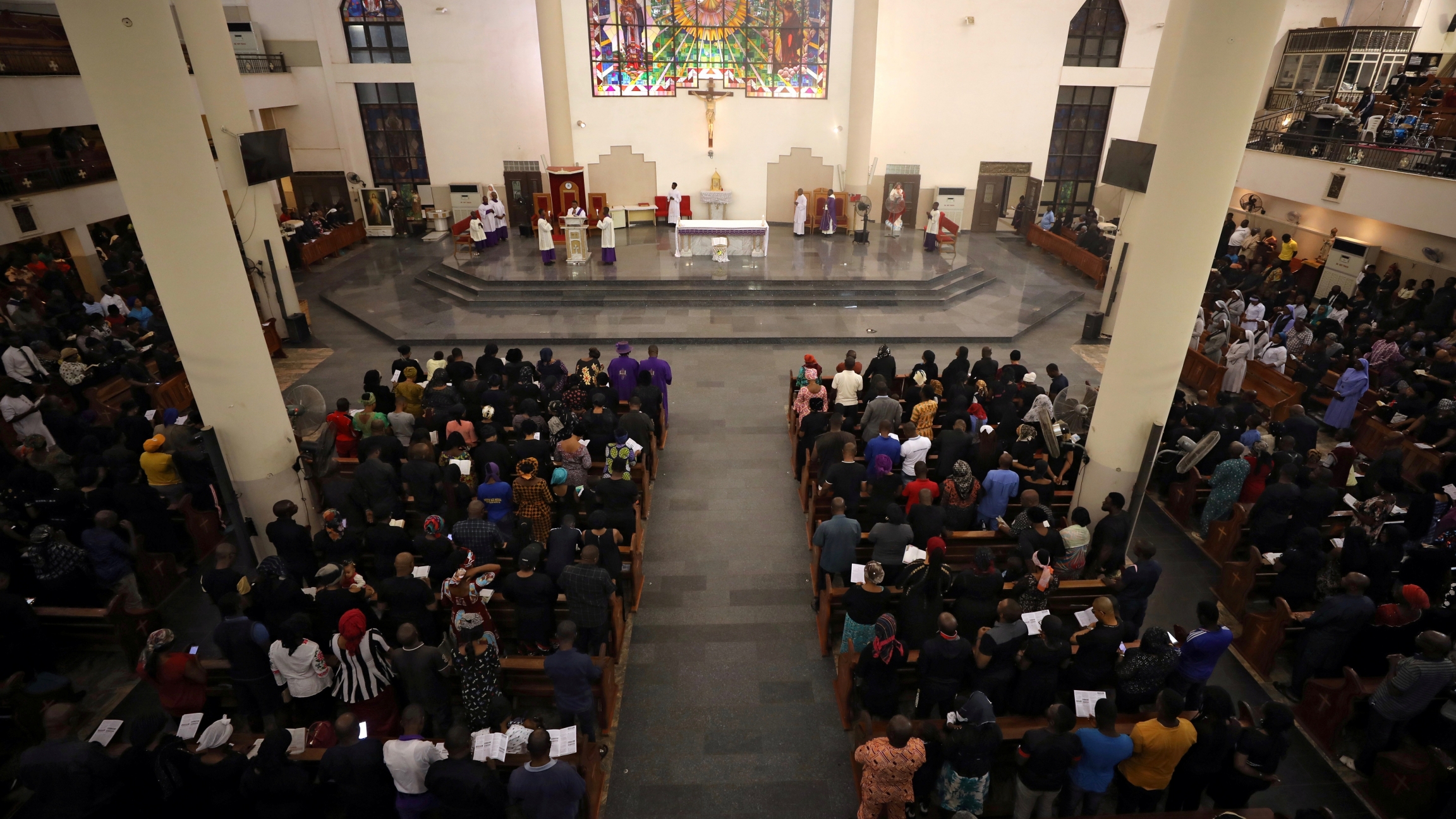 A Christian pastor's kidnapping and execution by Boko Haram in January along with a spate of reported attacks on churches in recent years in northern Nigeria have led some Christians in the country to believe they are being persecuted for their religion.

But critics argue that in Nigeria, a country nearly evenly split between Muslims and Christians, the insecurity caused by terrorist groups and intercommunal violence isn’t based on religion.

“These are complex issues that have contributed to creating tensions among the communities, creating suspicion and also destroying good relationships that have existed between the communities for long,” said Sani Suleiman, who works on peace and conflict for Mercy Corps.

Coronavirus fears have shuttered the Louvre, but art lovers rejoice — you can still enjoy its collection via this 360-degree online tour of the iconic museum. (Alas, it does not come with any pain au chocolat.)

Refugees from Syria clamored to board buses in Istanbul on Friday with the hope of a passage to Europe. We're fact-checking the news that's being seen as a response to the escalating war in Syria where 33 Turkish soldiers were killed by Russian-backed Syrian government troops. And, how Singapore may be a model for handling the coronavirus outbreak. Plus, gorillas at the Werribee Open Range Zoo near Melbourne, Australia, love listening to Michael Bublé. So, the crooner decided to stop by and give them a private concert.