In a dance studio tucked away off a Moscow side street, a couple dozen people are working on their tango.

While the footwork is their focus, the dancers also have a wider aim: They are part of the Russian capital’s first queer dance festival, which hopes to change attitudes toward the LGBTQ community in a country where pride marches are illegal and LGBTQ-related hate crimes are on the rise.

“I do what I can, with beauty as my tool,” said festival organizer Marina Ventarron, ahead of the four-day festival spread across the Valentine’s Day weekend. Despite the series of masterclasses and parties being openly advertised on social media, Ventarron said she has had no problems from authorities or extremist activists, who in the past have targeted Russian LGBTQ-themed plays and film festivals.

“We don’t make any political demands — we’re for art, we’re for communication. We don’t hide anything, but at the same time, we don’t go in for loud demonstrations. ... It’s mainly for fun, but our work is important — it makes a more positive image of LGBT society.”

“We don’t make any political demands — we’re for art, we’re for communication. We don’t hide anything, but at the same time, we don’t go in for loud demonstrations,” Ventarron, 30, said. “It’s mainly for fun, but our work is important — it makes a more positive image of LGBT society.” 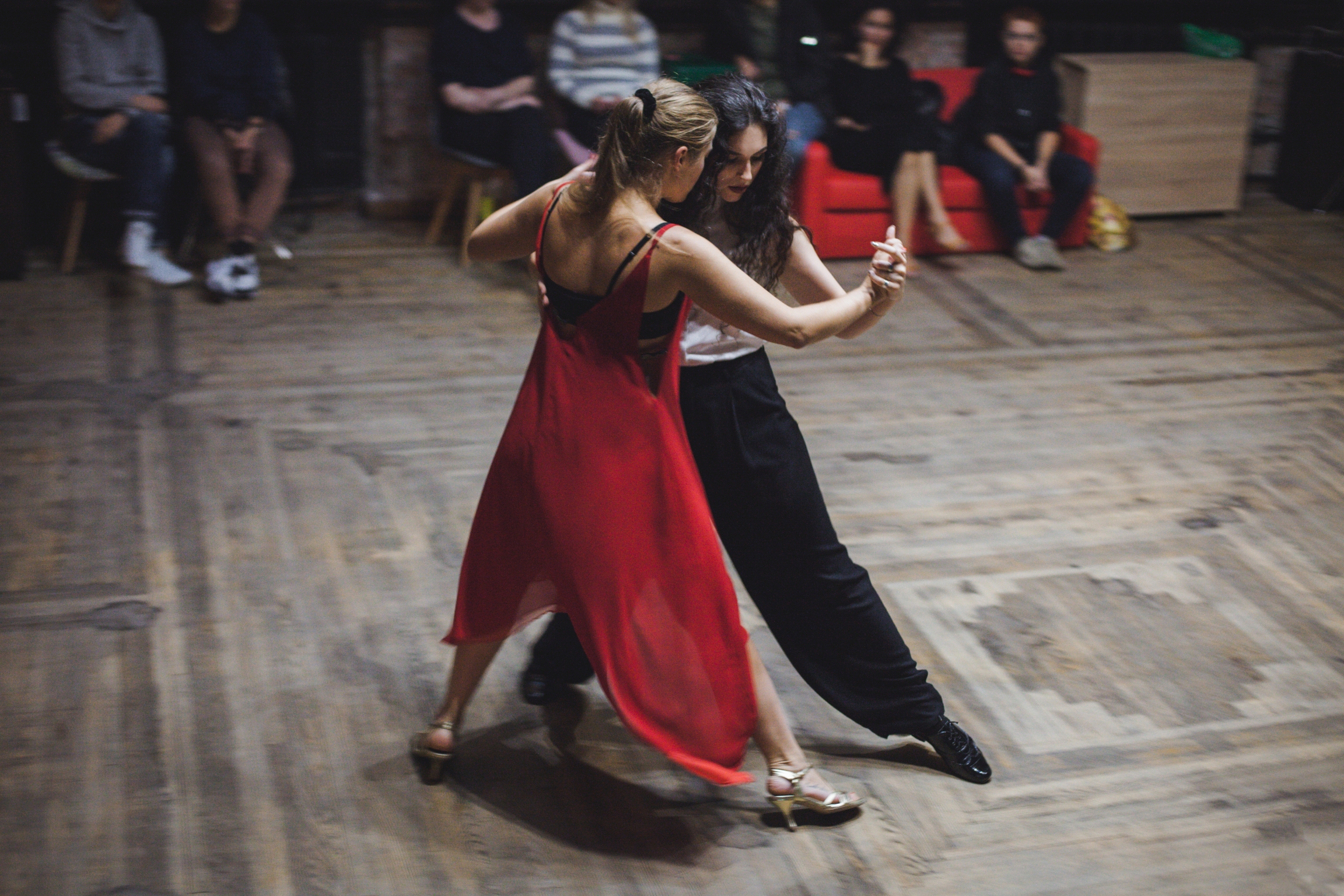 The upbeat series of events held over the weekend attracted more than 200 people, and comes in the midst of a typically bleak month for Russian LGBTQ communities.

In early February, a jury acquitted a man accused of stabbing a gay man to death in central Moscow, despite overwhelming evidence against him. Meanwhile, a prominent Russian journalist who exposed purges against gay men in the republic of Chechnya said she was beaten up by anonymous “thugs” in the regional capital, Grozny.

Last week, Russian President Vladimir Putin said that equal marriage would never be allowed in Russia as long as he was in power. A law from 2013, which bans the “promotion of non-traditional sexual relations to minors,” has been used to target LGBTQ activists as the Kremlin seeks to portray itself as a defender of “traditional values” in the face of a supposedly decadent West.

Related: 20 years of Vladimir Putin in power: A timeline

But some surveys have shown an increasing tolerance among the wider public on gay issues. A poll by the independent Levada Center last year found nearly half of Russians support equal rights for LGBTQ people — the highest level of support in more than a decade.

The inaugural Moscow festival was largely attended by gay women ranging in age from early 20s up to their 50s, taking part in tango, mambo, salsa and bachata workshops at the private dance studio. Evening parties, where participants could get together to show off the moves they had learned in classes, were held in a nearby cultural events space. 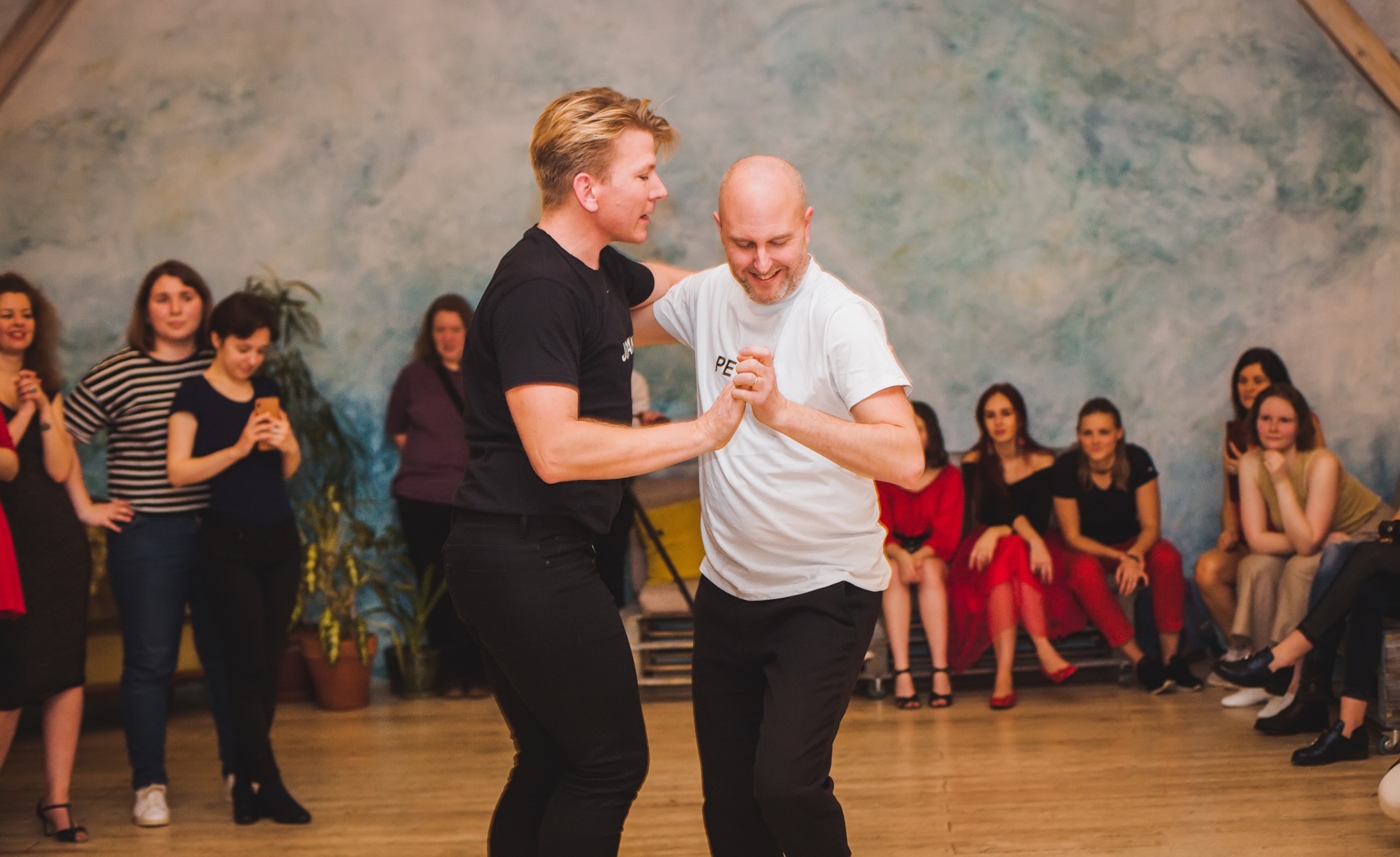 The focus was on community rather than competition, with a relaxed dress code — while some turned up in sequin-detailed tango dresses, most took part in jeans and sneakers. The event was self-funded, paid for by fees of $24 for a workshop and $9 for access to the evening parties, with a paid bar at parties. 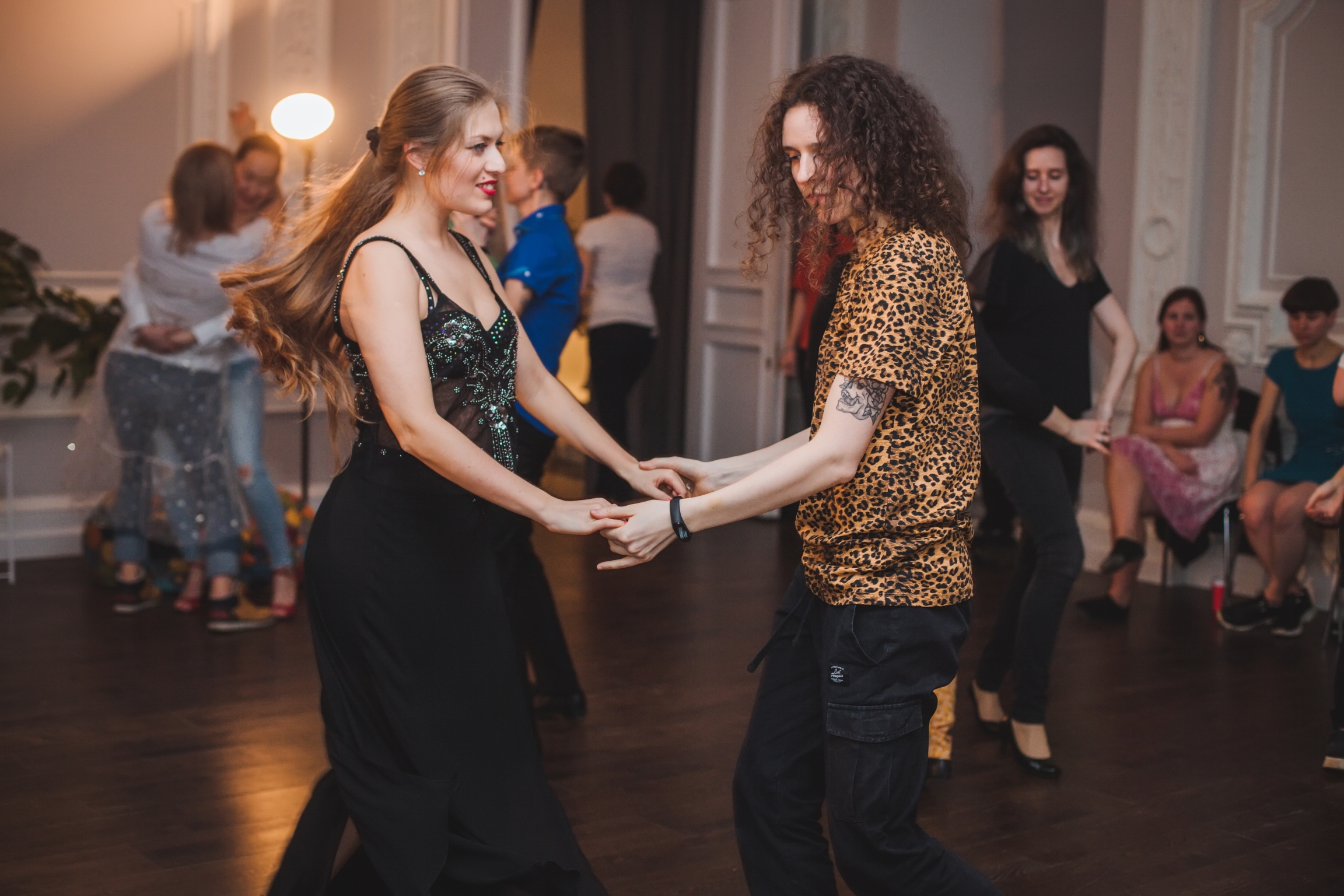 Two people dance together during the first-ever queer dance festival in Moscow, Russia.

For Ventarron, events such as the queer dance festival are an important way to ensure that public opinion continues to change. “A lot of people see our [YouTube] videos, they understand what we do is beautiful, it’s normal, it’s part of the order of things — so they are not going to react badly to us.”

Related: In Russia, individuals can now be branded 'foreign agents' 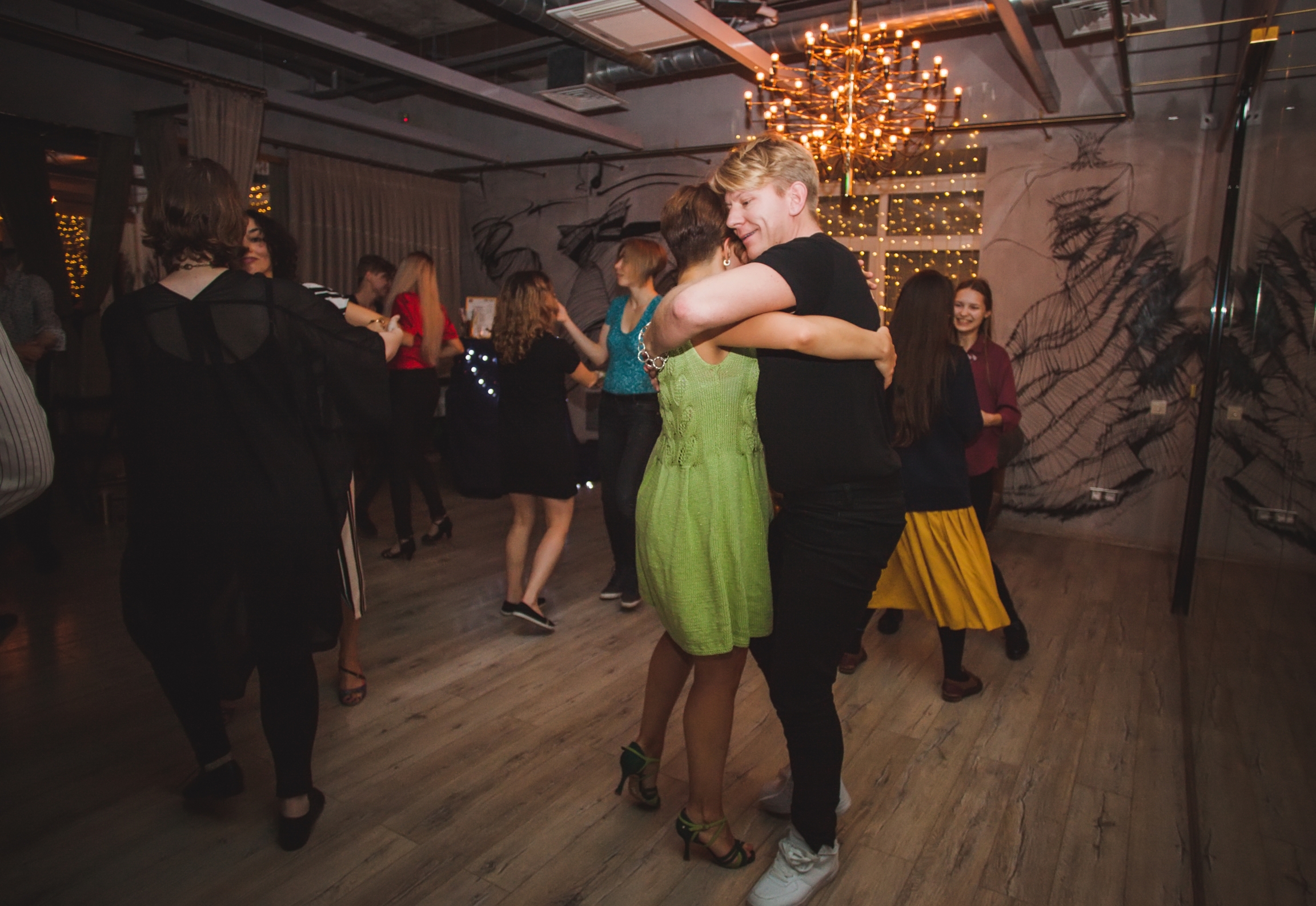 Couples dance together at the first-ever queer dance festival in Moscow.

Tatiana Volkova, 33, who works in intellectual copyright at a law firm, agreed. “I’m a member of the club in Saint Petersburg, I came to Moscow to show my support." While queer dance festivals have been held before in Russia’s second city, Saint Petersburg, “in Moscow maybe it’s harder to do,” said Volkova. “Saint Petersburg is more European. Moscow is more Russian.”

Volkova told The World that she was attacked three times by skinheads in her 20s because she is gay. But she has noticed a change in attitudes in recent years.

“My mom tells her friends that her daughter goes to this club, she shows them photos. Because they like her, they also react positively to the club. They understand that it’s not dirty — it’s beautiful, it’s an art.”

Events like the dance festival have an impact on shifting attitudes beyond the borders of major cities. Volkova’s mother lives in Magnitogorsk, an industrial city of 400,000 near Siberia. “My mom tells her friends that her daughter goes to this club, she shows them photos. Because they like her, they also react positively to the club. They understand that it’s not dirty —  it’s beautiful, it’s an art.”

“I have good feelings about Russia, I feel like something is happening — I wouldn’t say it is hopeless,” Vinogradov said during a phone call from Brussels, where he has lived for several years. The organizers of the dance festival featured in his documentary have also emigrated since the shooting of the film, to Israel and Germany.

“The new generation is quite open minded. They’re on the internet, they’re watching YouTube — not television and all that [Russian state] propaganda. They don’t worry so much. If you’re straight, you’re straight and if you’re gay, you’re gay. Over 30 is more problematic, but under that they’re a bit more open.”

“The new generation is quite open minded. They’re on the internet, they’re watching YouTube — not television and all that [Russian state] propaganda. They don’t worry so much. If you’re straight, you’re straight and if you’re gay, you’re gay. Over 30 is more problematic, but under that they’re a bit more open.”

But the situation remains far from rosy. “It’s getting better, but I’m not sure how quickly it can change,” said 32-year-old Katrina on the sidelines of the dance festival, who asked The World to protect her identity. Wiping away tears, she recounted strained relations with her family since she came out as gay.

Katrina and her girlfriend, who live in a provincial city she asked not to be named for fear of being identified, are hoping to have children. “I’m not sure how possible it will be here,” she said, pointing to horror stories about gay parents who have faced criminal negligence probes and other pressures from authorities.

Queer dance events, however, provide a space where people like her can “feel free.”

“Even the smallest events can make a change. It can open people’s minds, get them to understand we’re like everyone else.”

“Even the smallest events can make a change. It can open people’s minds, get them to understand we’re like everyone else.” 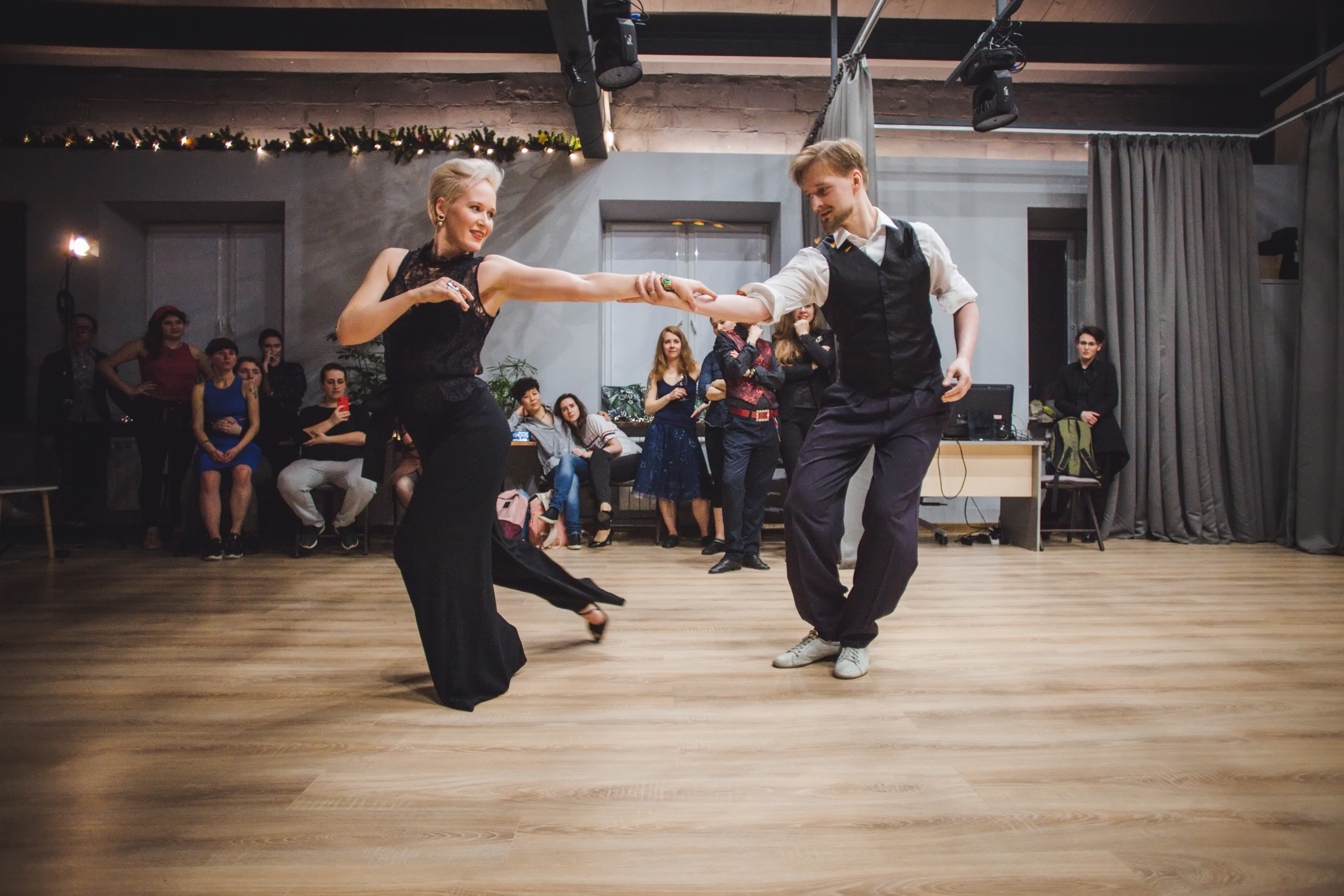 Two people show off their dance moves during the queer dance festival held in Moscow, Russia.

Ventarron is helping to set up a queer dance club in Kaliningrad, a Russian exclave in Europe that borders Poland and Lithuania. Others in cities across Russia have contacted her, asking if she can help them roll out similar events in their areas.

Doing so will not be easy. “Having your own business in Russia is hard enough, especially a dance business, especially a queer one. It’s the most complex project you can think of,” she said. Even so, Ventarron is planning to bring the festival back to Moscow next year and is considering online classes for those in other cities.

“Russia needs this," she said. "Even if people can’t take part every day, at least they will know it exists.”