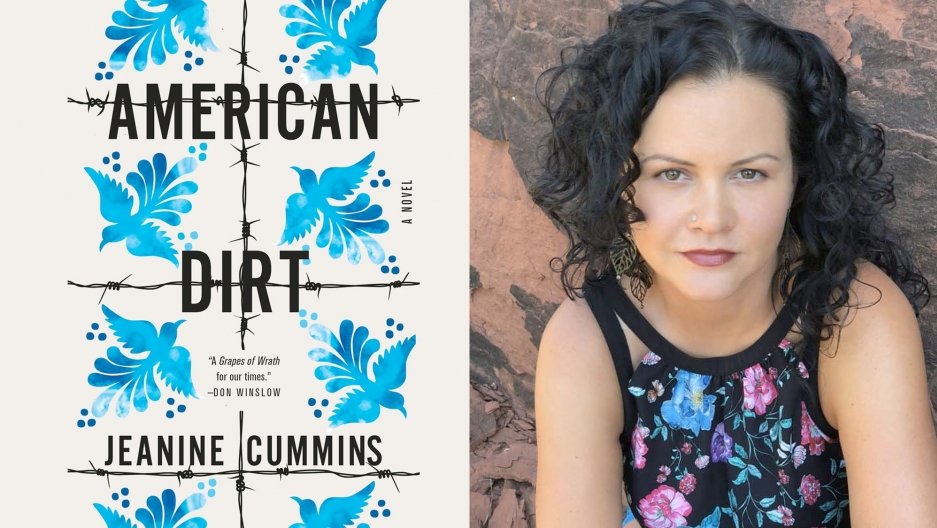 A new novel about migration to the US stirred controversy as soon as it hit bookshelves this week. “American Dirt,” a fictional story, was published to immediate acclaim and hailed as a present-day “Grapes of Wrath.”

But the controversy centers around who gets to tell such a story, and the people who get to make that decision in America’s book publishing industry.

The protagonist of the book is Lydia, a Mexican mother fleeing with her son, Luca, from drug cartel hitmen in the city of Acapulco. And the author is Jeanine Cummins, a New York City novelist who identifies as white and Latina (her grandmother is Puerto Rican). Cummins earned a seven-figure deal with Flatiron Books for the novel, according to Publisher’s Weekly, and the novel has been promoted by Oprah Winfrey’s book club — an endorsement that has sent many books to bestseller lists.

But even before Cummins’ novel hit book stores, some writers of Latin American background pointed to inconsistencies and inaccuracies in its portrayal of modern-day Mexico and the harsh realities thousands of migrants face. In a viral review for the literary blog Tropics of Meta, writer Myriam Gurba argues “American Dirt” is a tourist’s version of what Mexico might look like, and is symptomatic of the lack of diversity in America’s book publishing industry.

“It’s a collection of gross stereotypes intended to be consumed by a white audience with a sweet tooth for Mexican pain,” Gurba told The World.

Cummins also gets many cultural cues wrong, she added. Take, for instance, a scene in which hitmen fatally shoot Lydia and Luca’s family at a quinceañera, a coming-of-age party that in Mexico would typically be large and fancy. But in the book, it’s depicted as a small cookout where the father grills steaks.

“The description sounds like a casual American backyard gathering, not like the quinceañera, which is formal, and which you put a great deal of effort into making elegant,” Gurba said.

Cummins has defended the book by saying she conducted five years’ worth of research for it. Her goal, she said, was to humanize migrants by presenting their stories in an intimate way.

Critics say she did not achieve that goal, given how much she got wrong throughout the text.

And yet when it comes to Mexico, it’s not new for outsiders to misrepresent the reality of the country, said David Miklos, a Mexico City-based novelist and a professor at CIDE, a university in Mexico City.

“I have no problem with fiction about current events in Mexico,” Miklos said. “What we really need to be talking about are Mexico’s migration policies, and how the Trump administration has influenced them.”

For that kind of conversation to take place, it would help to have greater diversity in book publishing, Gurba said. Almost 80% of the people in it are white, according to a survey of North America conducted by Lee and Low Books in 2015. Gurba said she does believe an outsider can successfully write about a community other than their own, but the underrepresentation of Latinos means books like “American Dirt” can get published with large inaccuracies.

"They got played,” Gurba said. “Had there been Mexicans around, they wouldn't have gotten fooled."

Gurba and many others who joined the conversation are calling for a transformation of the book publishing industry. That way, Gurba said, publishers will put out books that more accurately and authentically reflect the community portrayed in works of fiction.