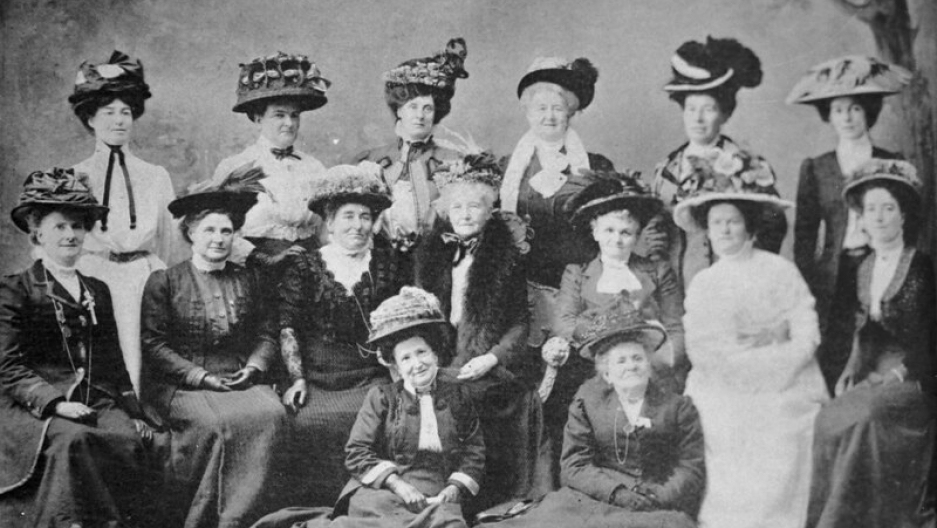 On Dec. 18, 1894, the South Australian Parliament passed the Constitutional Amendment (Adult Suffrage) Act, which began a movement among the Australian colonies to win women the right to vote. Pictured above, in 1909, are delegates to the Australian Women's Conference in Brisbane, who were continuing the fight in Queensland.

In 2020, events across the US will mark a century since American women gained the right to vote. But those women were part of a much broader movement — a global movement that began in Australia 125 years ago this month.

That’s when women there won the vote, proving to the world that many of the dire predictions critics of suffrage had made wouldn’t come to pass.

"It's not by strategy or stealth [that Australian women won suffrage.] It's actually by accident.”

But “it's not by strategy or stealth,” that Australian women won suffrage, said Australian professor Clare Wright, who has written books on the subject. “It's actually by accident.”

To start from the beginning: In the late 1800s, women around the world were organizing for voting rights. The first breakthrough came in the British colony of New Zealand. Women there won the vote through a combination of petition drives and male allies in leadership.

Their success inspired one of the neighboring colonies in Australia to also introduce a suffrage bill. A conservative lawmaker tried to squash it by expanding it to give women the right to hold office.

“He thinks that this is what will sink the bill, because nobody is asking for that,” Wright said.

But he was wrong — the plan failed. In 1894, the bill passed, giving women an opening to fight for much more. The colonies were in the process of coming together to create Australia, and South Australia’s representatives insisted they would join the new country only if women kept their voting rights.

“So, effectively, women's suffrage is made the precondition to a federated Australia, to this whole process of nation building,” Wright said.

This attracted the attention of the world.

Wright said sociologists and journalists flocked to Australia to see if the critics of suffrage were right — that it would destroy families because women wouldn’t want to get married anymore or have babies. Instead, they found a country passing sweeping social reforms, like pension programs, regulations on working conditions, and a mandated living wage.

“And as one journalist at the time commented, ‘The world fairly stood aghast to see the improvements that were going on in Australia,’” Wright said.

After the historic vote, Vida Goldstein, a leader of Australia’s suffrage movement, set out on a world tour to work with suffragists in other countries.

“Everybody wanted to see this famous woman. It was like she was a unicorn.”

“Everybody wanted to see this famous woman,” Wright said. “It was like she was a unicorn.”

Major US newspapers reported on her lectures and travels. President Theodore Roosevelt even invited her to the Oval Office.

“Because, in his words, he ‘wanted to see what one of these enfranchised women looked like,’” Wright said. “And he was very pleased to see that she had retained all of her feminine charms.”

Slowly, more countries granted women suffrage. But Wright said Australia’s role in sparking worldwide suffrage has been forgotten, even in Australia, because it was overshadowed by World War I and masculine mythologies that rose up around it.

Now, as countries mark their hundredth anniversaries of women’s suffrage, Australia’s role is being remembered, along with the people those events left behind.

“I'm somebody who today asks this question: ‘What is the purpose in marking the anniversaries of women's suffrage?’” said Martha Jones, a professor of history at Johns Hopkins University.

“I think it's difficult for us today to look back to those philosophies, those theories, those tactics, and hold them up as worthy of veneration in the 21st century,” Jones said.

But at least the suffrage anniversaries can remind people of what women across the world can accomplish together, said Katherine Marino an assistant professor of women’s history at UCLA.

“It's important to remember that it was a movement that didn't have widespread support in the United States or in many countries,” she said. “And it was really only because of international support, dialogue, collaboration, exchange of ideas, inspiration and solidarity that suffrage passed and was adopted.”

For Clare Wright in Australia — which named its first female Prime Minister, Julia Gillard, in 2010 — there’s still the hope that the 125th anniversary will remind her country what it can achieve.

“Radical change in a peaceful way: If we could understand ourselves as a country that had pioneered that sort of response to global issues, well, maybe we could take that position again,” ” Wright said.