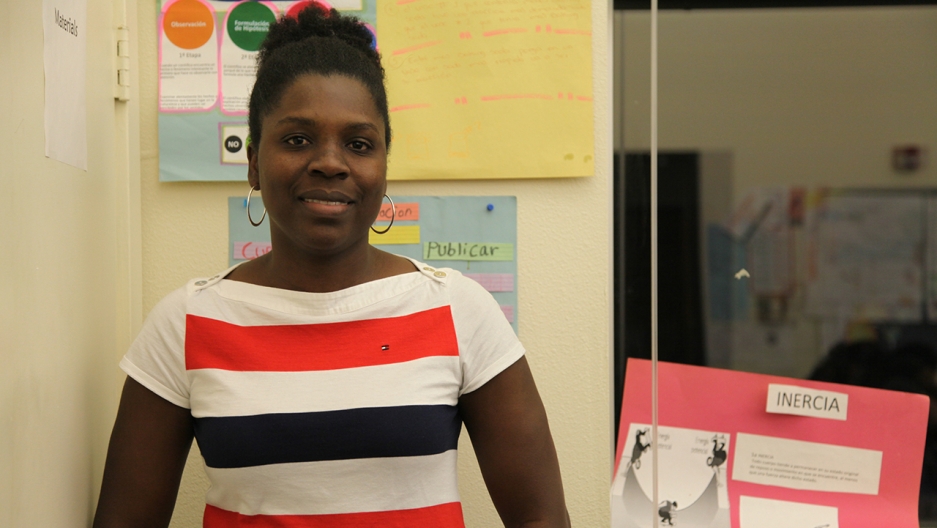 Lulose Claude takes night classes as part of a Mt. Hood Community College course that helps child care workers obtain the Child Development Associate and learn English at the same time. The CDA credential will help Claude move up from her current job as a preschool substitute to a lead teacher.

In a classroom at Mt. Hood Community College in northeast Portland, Oregon, adults sing a children’s song in English and Spanish. They’re learning how songs can improve communication among young children who come from homes where English is not the primary language.

The adult students — all immigrants — are English learners themselves. They’re working to earn the Child Development Associate credential, one of an array of requirements that are increasingly needed to work as a teacher for children under five years of age.

America faces a shortage of early childhood teachers. It’s due in part to chronically low wages for a job that is often stressful — making it difficult to recruit, train and retain these workers. At the same time, public and private early-learning centers are strengthening their minimum qualification requirements for preschool and daycare educators. Those higher standards are making it harder to fill open positions.

The shortage comes amid a nationwide push to expand early education. Universal preschool is a popular proposal among Democratic presidential candidates. States and cities have been experimenting with ways to offer early childhood education to more families.

The classes at Mt. Hood aim to fill some of the gap in Oregon by tailoring the CDA credentialing course to the needs of immigrants, who comprise nearly one in five early-childhood educators in the US. Participants in the program, which launched in 2018, attend English classes two evenings per week and child development workshops two Saturdays per month. They also get help from a career coach to find jobs in their field.

The program is funded by a state grant, and it’s free to participants.

One of the students in the class is Lulose Claude, 37, an immigrant from Haiti, where she used to be a social worker. She and her family moved to the US in 2017, and she decided to become an early childhood educator.

“I love children, and it’s so close to the social work. It’s not like teaching children how to write and read. No, it’s to teach them how to be ready for life, for the school, for the future.”

“I love children, and it’s so close to the social work,” she said. "It’s not like teaching children how to write and read. No, it’s to teach them how to be ready for life, for the school, for the future.” 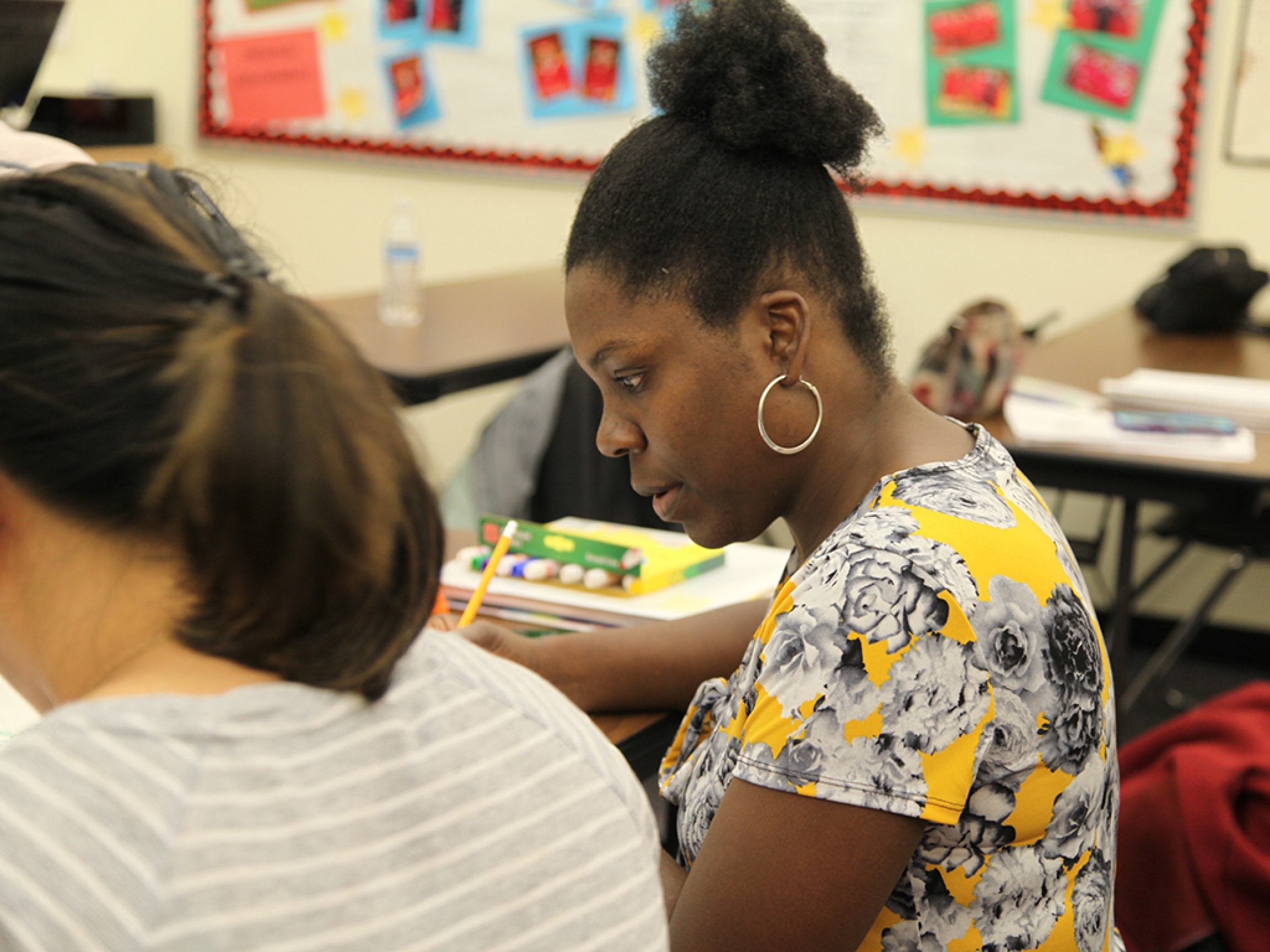 Lulose Claude, 37, is doing a presentation on the types of skills children learn through art. Claude was a social worker in her native country of Haiti. Today, she's working to get a credential to become a preschool teacher.

Immigrants like Claude are in especially high demand to work in the field because children aged 5 and under are the most racially and ethnically diverse age group in the country, according to Maki Park, a senior policy analyst for Early Education and Care with the Migration Policy Institute in Washington, DC.

“Not only is there a shortage and a need for early childhood workers across the board, but in particular there's a need for workers who have the cultural and language skills to serve the population of children that we have,” Park said.

Barriers to the early-childhood career ladder

But immigrant workers often find themselves stuck in lower-level childcare jobs, such as classroom aides or kitchen assistants. Lack of credentials— and the barriers in obtaining them—often keep them from moving into leadership roles, such as assistant teachers, lead teachers and childcare center directors.

The program at Mt. Hood is helping immigrant teachers tackle some of those hurdles, said Carmen Ellis, training manager at the Mt. Hood Child Care Resource & Referral, which provides training and development for child care workers.

“It’s sort of like a ramp that you can get onto … to get where you want to go in your professional development,” said Ellis. “There’s an amazing amount of jargon and lingo and terminology that you have to figure out, and part of what our program does is break that down for people.”

But it’s difficult to get ahead in the childcare field. The credentialing and degree requirements to work in early learning centers are rising. While the CDA credential, for example, can help a worker become a teacher at private preschools, public preschools often require college degrees. Yet the field continues to grow. According to the Bureau of Labor Statistics, preschool teacher jobs is expected to grow 7 percent between 2018 and 2028, higher than the average job growth for all occupations.

The early childhood education system in the US is also fractured and difficult to navigate for both parents and workers.

“The system has not kept up with … the demand,” said Marcy Whitebook, director of the Center for the Study of Child Care Employment at the University of California, Berkeley. “We have a lot of provision of early care and education, but it's all different kinds of programs, all different kinds of funding sources, with different stated purposes.”

Whitebook said the low pay makes it difficult for existing workers to access more training and education required to advance their careers. 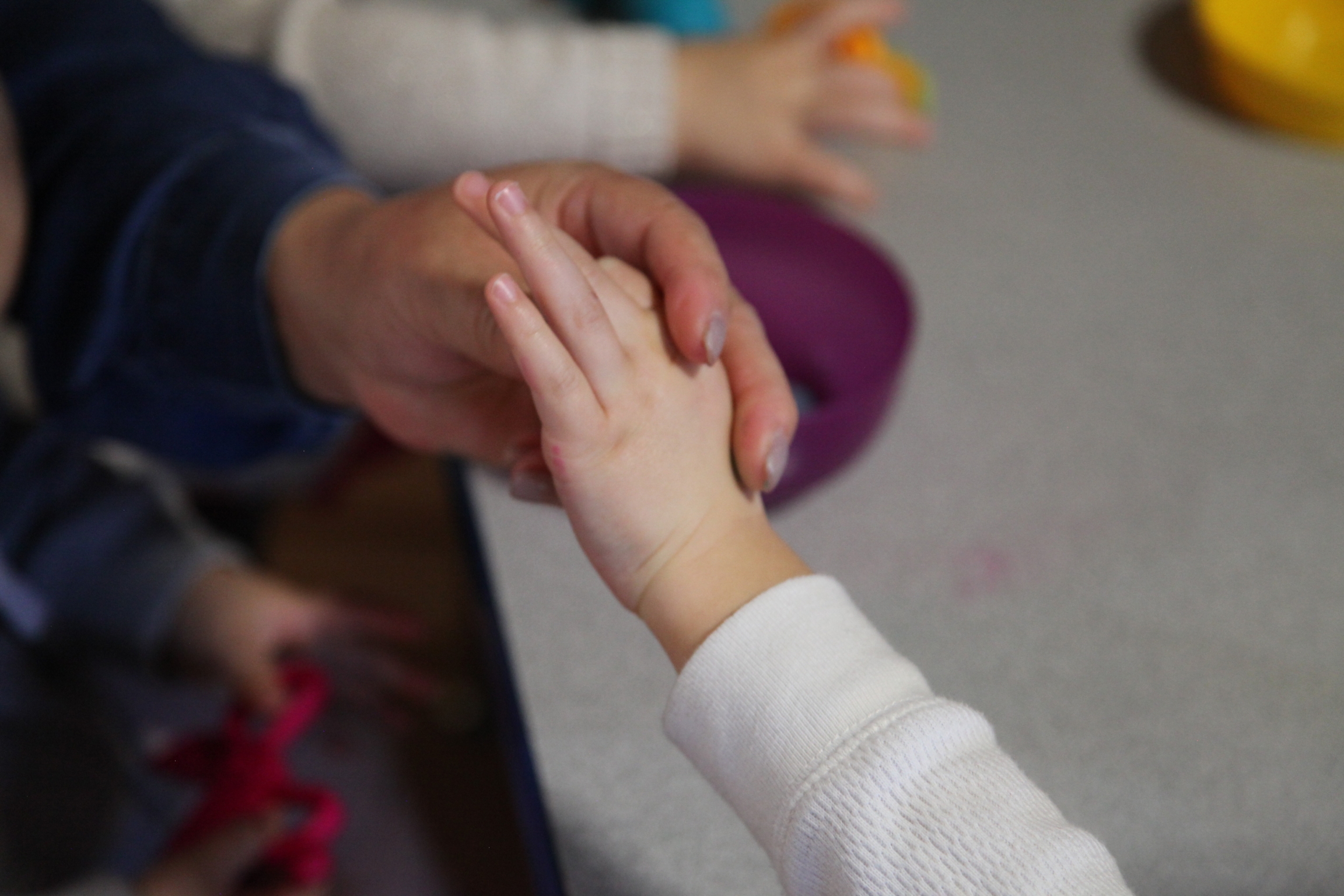 Even though there's an effort to expand early childhoood education and there's a shortage of workers in the industry, pay remains low.

In Oregon, classroom aides often earn minimum wage at $12.50 per hour, while lead teachers earn upward to $19 per hour. The medium pay nationally is around $29,000, according to the BLS. Pay is highly variable depending on the child care setting — from in-home care, to publicly funded programs for low-income families and private preschools.

At Mt. Hood, the 17 students in the course are training to work with pre-kindergarten children ages three to four. Another group of seven students is receiving training to care for infants and toddlers.

Students receive scholarships and get financial assistance to take the CDA exam, which can cost up to $500. To obtain a CDA credential, workers must take a test, undergo observation in the classroom, put together a portfolio about their teaching philosophy, and take training courses. They must also work or volunteer for 480 hours at a child care center.

Many of the students are parents themselves.

“If child care is an issue or if transportation is an issue ...  I provide them with some financial assistance for getting back and forth to school and also just helping them have a solid plan for how to be a student,” said Angelique Kauffman, a career coach at Mt. Hood.

The program provides accelerated training for the students so they can become proficient in English for a childcare setting.

“We work on the English that's needed to be an early childhood educator as well as communication skills in the workplace and communicating with children themselves,” said Deborah Saari, one of Mt. Hood’s English instructors. “That tends to be motivating because then people feel like they're preparing English that’s needed for a career that they desire.”

Aside from vocabulary and learning about child development, Christina Evans, another English instructor at Mt. Hood, works with her students on day-to-day workplace tasks such as constructing emails. One of her students is improving her English so she can write daily reports at the childcare center where she works.

“She's really struggled with that,” Evans said. “This is something that I hadn’t planned to build into the curriculum. But there's a need there and so I want to make sure that it's addressed.”

Carmina Abrego, a student with the pre-kindergarten program at Mt. Hood, runs her own childcare center from her home. She’s been taking care of children ever since coming to the US from Mexico in the 1980s.

She studied education in college in her native Mexico. She says she loves learning about different teaching methods.

Abrego used to be uncomfortable telling people what she did for a living — taking care of children. She felt people looked down on her, she said. But after taking classes, she feels empowered and proud of her work.

“This is a very important job. And this is very serious. That’s too bad that people don’t value it and don’t appreciate how serious it is, right?” Abrego said. 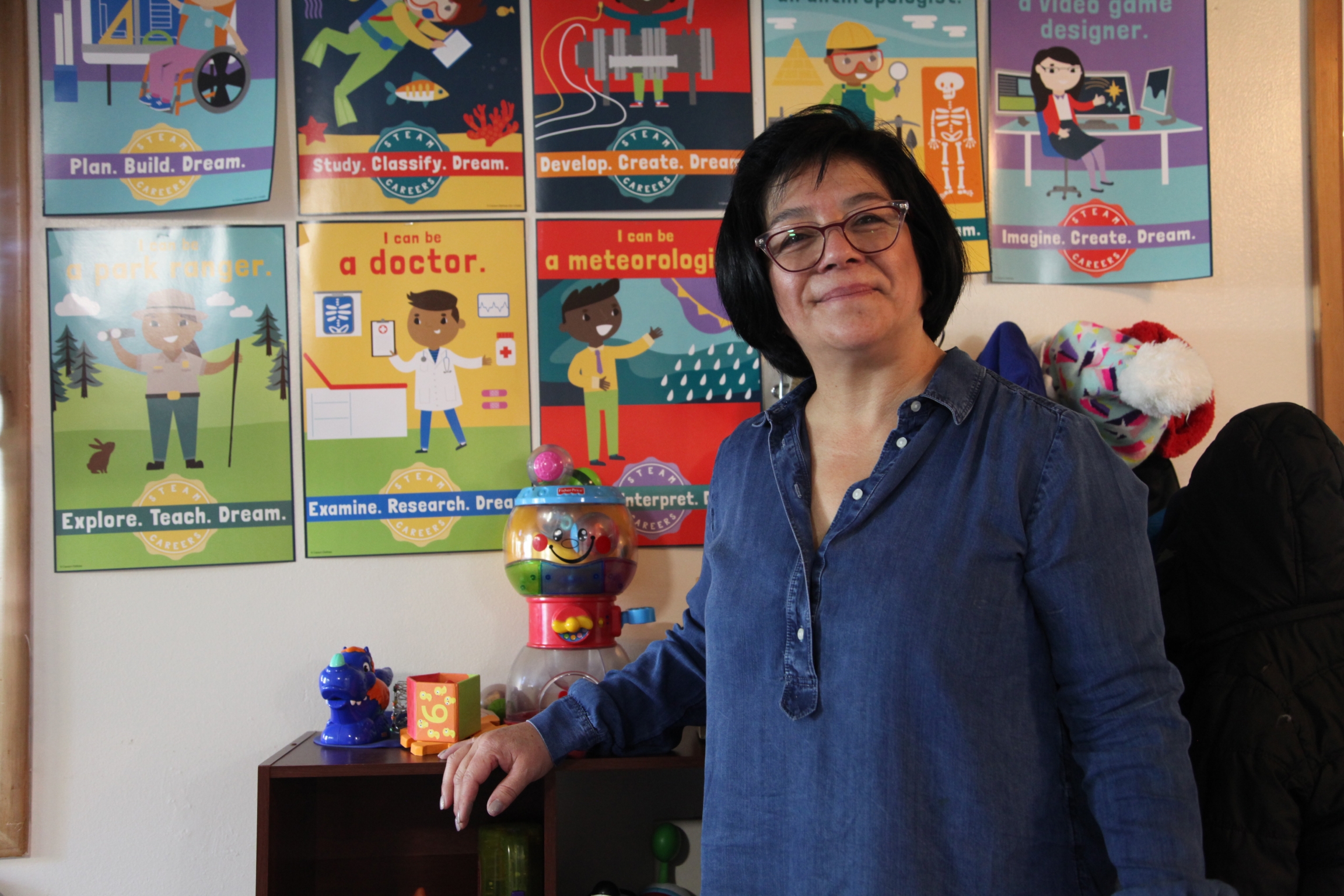 Carmina Abrego owns a childcare center in Portland, Oregon. She decided to get a Child Development Associate in order to learn more teaching methods. Abrego studied education while she was in college in Mexico and has been in child care since the 1980s.

Abrego dreams of expanding her business after she gets her certificate.

For Claude, the Mt. Hood classes is the first step toward getting more education. She has two children aged 7 and 4. And her days are busy taking care of her family, going to school and working two jobs as a substitute preschool teacher and a caregiver for the elderly.

She’s always worked hard. By the time she was a teenager, Claude said, both of her parents had passed away. Relatives helped raise her.

Claude wants to move up from her substitute teacher job.

“I see me as a lead teacher, not as an assistant,” she said. “I’m sure I don’t have much English to do whatever I want now, but I know inside of me I have the capacity to whatever I want.”

Her goal, she said, is to someday get a doctorate in social work.

“I need to move forward, but you need to begin somewhere,” she said. “That’s just the beginning.”