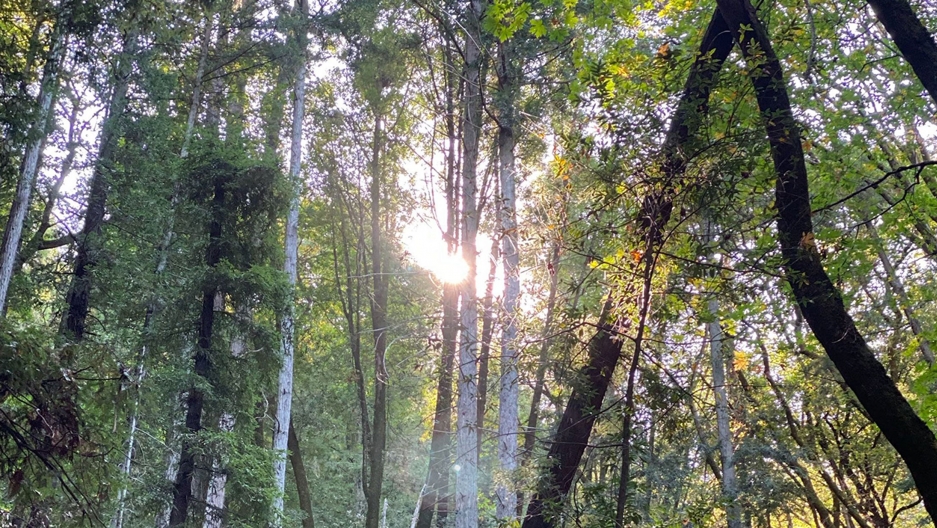 The impact can feel immediate. Anecdotally, walking outside and into sunshine feels reinvigorating.

Science has long proven this to be true: Research shows that time spent outdoors can reduce stress, improve cognition and increase sleep quality. Now, a new study has put a dollar value on the improvement in well-being due to park visits.

Researchers surveyed a population-representative sample of nearly 20,000 in the Australian states of Queensland and Victoria. Study participants described their own mental health and reported how often they visit parks — both recently and over the span of their life. Buckley said his team then used a statistical regression technique to “identify what proportion of their well-being was due to park visits,” he added.

Researchers calculated what they define as the "health services value" for Australia's national parks to be about $100 billion before extrapolating the figure to a global scale. Their findings suggest that national parks contribute about $6 billion to the global economy, though the figure ranges anywhere between $5-31 trillion per year. The big range is a reflection of the researchers’ caution in what the numbers mean exactly.

Ideally, Buckley said, he and his team would have identical studies in countries worldwide and added up the numbers.

The study adds to a growing body of research that quantifies the economic benefits of being outside. A 2016 study in England looked at “green exercise,” which include activities done outside, such as dog walking, running, horseback riding and mountain biking. Researchers estimated that these green activities can save around $2.7 billion per year.

But committing to a hiking trip every weekend is not necessary to reap these rewards. Previous research has shown that spending a mere 20 minutes in a park — even if you sit on a bench and don’t exercise — is enough to improve a person’s mental health.

Studies show that being outside is good for your physical health, as well. Research published in 2016 suggests nearly 10% of people with high blood pressure could regulate their levels by going outside for at least 30 minutes every week.

Scientists have also found nature to have a psychological effect on humans’ well-being. Researchers at Chiba University in Japan pointed to the fact that of the 7 million years of human evolution, “less than 0.01% of our species’ history has been spent in modern surroundings.”

“The gap between the natural setting, for which our physiological functions are adapted, and the highly urbanized and artificial setting that we inhabit is a contributing cause of the ‘stress state’ in modern people,” the 2016 Chiba University study said. In the future, the researchers added, long-term data over days, weeks, and months will be needed to clarify nature’s impact on humans’ physiology.

“Considering the significance of quality of life in our modern stressful society, the importance of nature therapy will further increase. The therapeutic effects of natural stimulation suggest a simple, accessible, and cost-effective method to improve the quality of life and health of modern people,” the study continued.

Some countries have long known about the healing effects of nature. One of the most long-standing nature therapies in transcontinental Japan and China is shinrin-yoku, or forest therapies. Chiba University’s Miyazaki Yoshifumi is widely considered to be the father of shinrin-yoku.

Professor Emerita Margaret Hansen of the University of San Francisco, is a self-proclaimed “nature enthusiast” who learned about shinrin-yoku in 2015. Shinrin-yoku is an ancient Japanese practice that surfaced in the 1980s, when the Japanese government started to act on its citizens’ highly stressed state. The government began developing forest bathing areas throughout Japan, focusing efforts in urban areas where green space is more rare.

In 2017, she published a review of 63 scientific articles — primarily out of Japan, Korea and China — that studied forest bathing and nature therapy’s impact. Her mission was to educate health professionals in the United States about the therapy so they could contemplate using it in practice.

In 2018, Hansen traveled to Chiba University in Japan to meet with Yoshifumi. There, she walked the first-ever forest therapy path developed by the government. But, Hansen said, forest therapy is not just about being active; it’s about “really slow movement through a forest.”

“The Japanese practice is using all of your five senses. Even cupping your ears to bring in more sound of nature. Or doing some exercises to enhance your peripheral vision when you’re in nature,” Hansen said. “Smelling — taking some leaves or pine cones and crunching them and putting them up to your nose.”

“The Japanese practice is using all of your five senses. Even cupping your ears to bring in more sound of nature. Or doing some exercises to enhance your peripheral vision when you’re in nature. Smelling — taking some leaves or pine cones and crunching them and putting them up to your nose.”

Buckley said nature-based therapies should be designed, insured and prescribed more often. More and more providers are joining the trend.

Protecting and maintaining US national parks

Both Buckley and Hansen said it’s largely the government’s responsibility to secure budgets for park agencies and protect natural lands, which often suffer from budgetary constraints, the researchers noted.

Chelsea Sullivan, public affairs specialist at the National Park Service, said in an emailed statement to The World that the “improvements to visitor facilities, campgrounds, trails, and backbone infrastructure are essential to providing a world-class experience to our more than 300 million annual visitors. Addressing the $11.9 billion in backlogged maintenance in our national parks is critical to our core mission and remains a top priority.”

Sullivan added that NPS supports the link the researchers identified between “enjoyable recreation experiences” and “healthy landscapes,” through programs like the Healthy Parks Healthy People initiative, noting that these needed to be balanced with “preservation and conservation needs.”

Now retired from teaching, Hansen is training to be a forest therapy guide through the Association of Nature and Forest Therapy. She continues to research forest bathing, though, and is currently analyzing the tie between nature and a person’s spirituality. While researchers continue to test the link between nature and well-being, Hansen said the connection is simple and “it makes sense.”