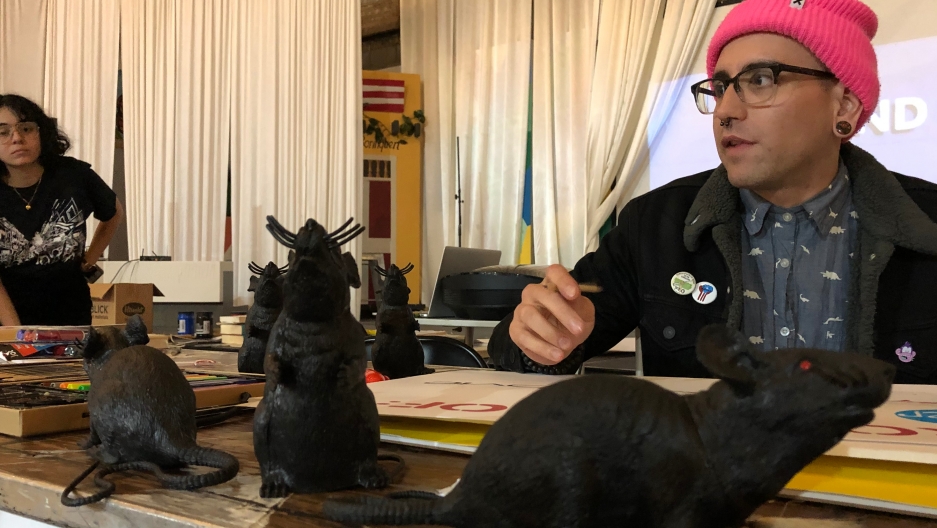 The history of Puerto Rico can sound like a nightmare: invasion, slavery, eugenics, bombings. And that’s all before you get to contemporary traumas, such as the austerity measures prompted by Puerto Rico’s ongoing debt crisis and the botched governmental response to Hurricane Maria, from which the unincorporated US territory still struggles to recover two years later.

“Colonialism is scary as hell. ... When you look at it — when you really look at it — it is terrifying. But the thing is, as colonized people, we've normalized it so much, we don't really think about it.”

“Colonialism is scary as hell,” says Miguel Alvelo. “When you look at it — when you really look at it — it is terrifying. But the thing is, as colonized people, we've normalized it so much, we don't really think about it.”

To encourage people to think about it, Alvelo and other members of the community organization Chicago Boricua Resistance are teaming up with the city’s Segundo Ruiz Belvis Cultural Center to stage a colonialism-themed “haunted house” on Halloween this year. It may sound goofy, says Alvelo, but “turning this supposedly abstract idea of colonialism into a haunted house is a way of bringing back the reality of what's happening.” 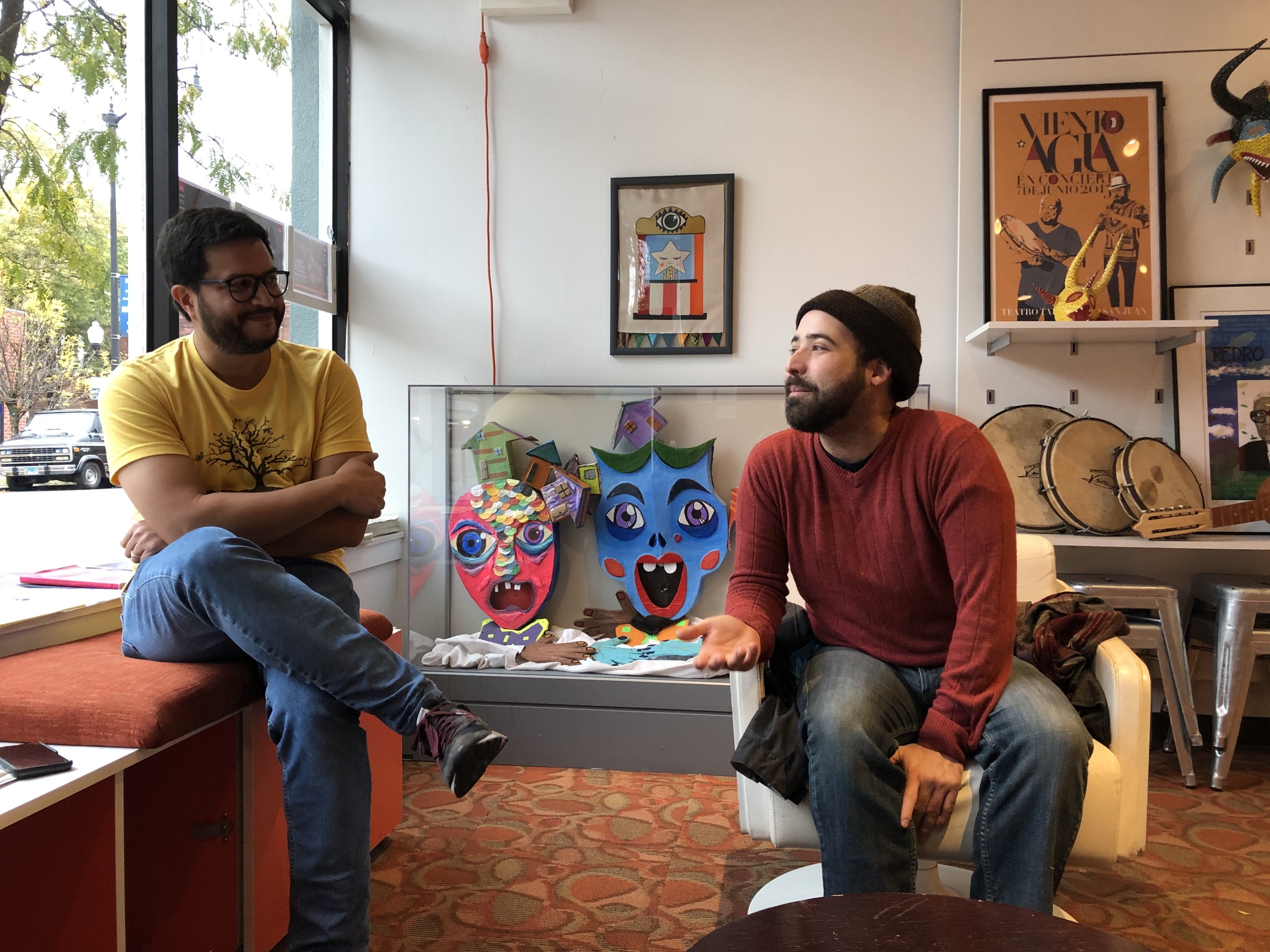 There are no chainsaw-wielding zombies at this haunted house.

It’s closer to an art installation than a chamber of Halloween horrors. It’s structured as a spooky, interactive sequence of four rooms that use archival audio and video, as well as original art, to trace different periods in the history of Puerto Rico, from the 16th-century Spanish colonization through the United States takeover in 1898 and, finally, Hurricane Maria.

The roof of the structure is made from a blue FEMA tarp taken from the home of CBR member Ephran Ramirez Jr.’s father's neighbor's house; his father survived Hurricane Maria, along with Ramirez’s 93-year-old grandfather, in the mountain town of San Sebastián. To this day, Ramirez says, the road in front of his father’s house has not been repaired, making it impassable. A banana tree now grows in the middle of it. 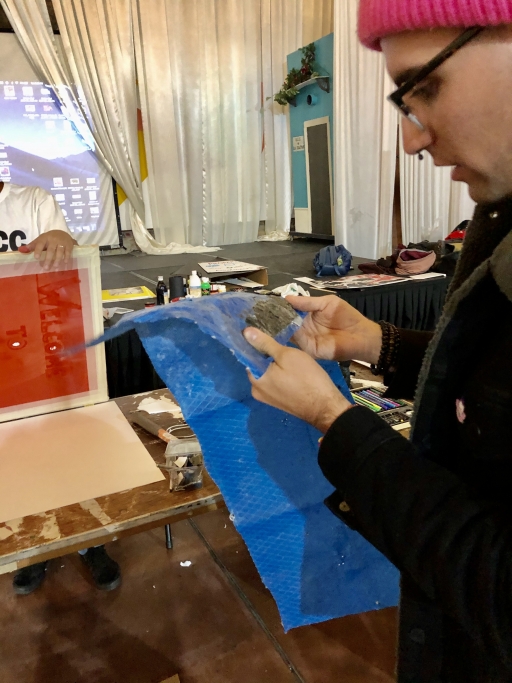 Ephran Ramirez Jr. with a piece of the blue FEMA tarp that covered his father’s neighbor's house in San Sebastián, Puerto Rico after Hurricane Maria.

Organizers are loath to reveal all the scares they have planned. But some of the ghosts that haunt the installation include Dr. Cornelius Rhoads, the American oncologist who in 1931 experimented on Puerto Ricans by injecting research subjects with cancer cells. He claimed, proudly, to have killed eight people, writing in a now-infamous letter featured in the installation that Puerto Ricans were “the dirtiest, laziest, most degenerate and thievish race of men ever inhabiting this sphere.”

The 1937 Ponce Massacre, in which police opened fire on a peaceful march protesting the imprisonment of Nationalist leader Pedro Albizu Campos, killing 17 unarmed civilians and injuring more than 200, is in there, as is the forced sterilization of one-third of all Puerto Rican women in the 20th century.

The estimated 3,000 people who died as a result of Hurricane Maria are represented by scrolling text from a database created by San Juan’s Center for Investigative Journalism, in partnership with Quartz and the Associated Press, which collects first-person accounts of the deaths of family members from 487 Puerto Ricans. Many families interviewed say that the deaths of their loved ones were due to government inaction — a claim most recently shored up by an NBC report that HUD has intentionally stalled delivery of almost $20 billion in recovery funds.

“Some of the older aspects of colonialism seem like the most raw and outrageous things, but there's a lot of present-day things that are just as outrageous,” says Omar Torres Kortright, executive director of the cultural center.

The Trump administration’s open scorn for Puerto Rico’s government and citizens has just brought the unequal relationship between the United States and Puerto Rico back out into the open, he says.

Now, there is a wave of wealthy Americans moving to invest in the islands, and the laws encouraging it. “It’s like a second invasion," he says. "They're buying our land. And they're taking out our young people that have been trying to keep that land. I think that we're in that process where we're going to lose our land, and we're going to lose our home, basically. And that's the huge risk of this normalization.” 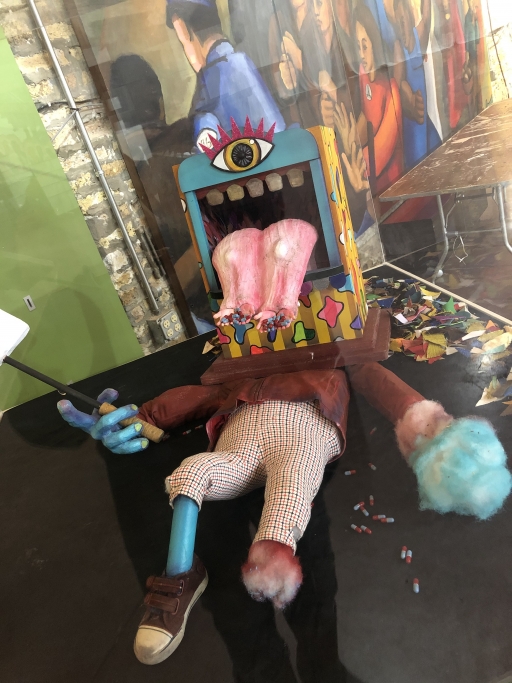 Artwork by the Puerto Rican theater collective Y No Había Luz, to be used in the haunted house.

“There's more attention on Puerto Rico now than in the last 10 years,” he says. “So, I think that that gives us an opportunity to really keep the conversation going and shed light [on] some of these things.”

The cultural center has been a fixture of Chicago’s Puerto Rican arts community for decades, but its programmatic focus tends toward more traditional art forms such as bomba, salsa and plena.

With this collaboration, SRBCC dips into the more modern territory; “Colonialism Undead” will also feature DJ sets of reggaetón, the music that fueled the #RickyRenuncia protests that saw half a million people take to the streets this past summer, and forced the resignation of scandal-plagued Puerto Rican governor Ricardo Rosselló.

“We want to emphasize resistance,” says Alvelo, noting that after four rooms that spotlight historic horrors, they want the installation to end on a note of empowerment.

Reggaetón, he says, embodies things that “the black community, in particular, has been told they can't do, like have fun. Like, be loud. Be pleasurable. And although those things are not often spoken about as symbols of resistance, they are. In a world that is telling you over and over again that you're not worth anything, that you should stay quiet and you should follow the rules, taking time to be loud, have fun, have pleasure — is a form of resistance.”

Chicago Boricua Resistance was founded in 2016 by Rossana Rodriguez Sanchez, a theater artist and educator who moved to Chicago from Humacao, Puerto Rico, in 2009, and now represents Chicago’s 33rd Ward as an alderman, one in an unprecedented cohort of six Democratic Socialists on the city council.

Through cultural outreach and organizing, CBR has worked to educate Puerto Ricans in the diaspora about decolonization and current events in Puerto Rico; it’s now a national organization with chapters in New York City, the Pacific Northwest, and soon Florida as well. 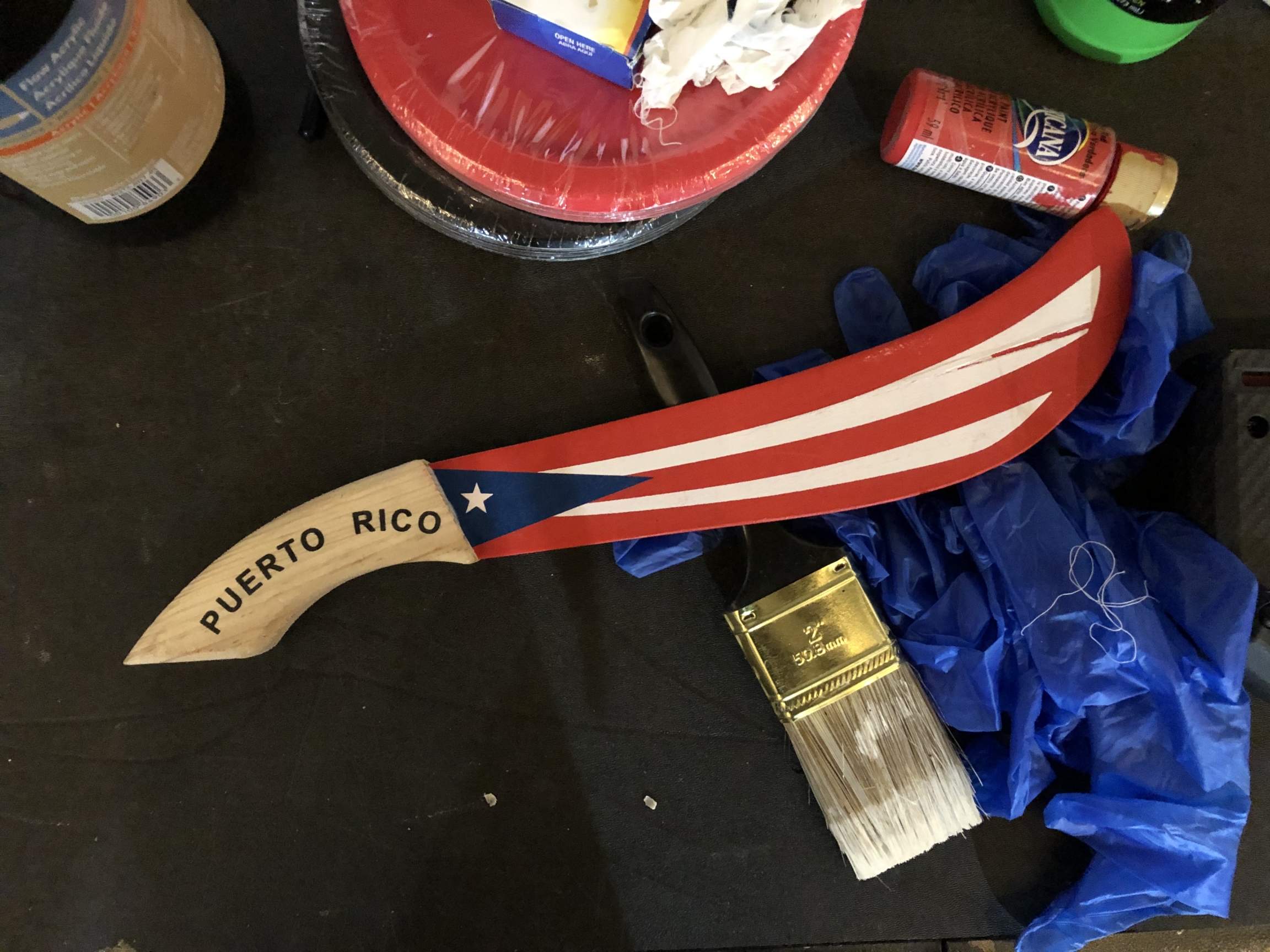 “At Halloween, we are trying to convey feelings, and with this people are experiencing something,” says Rodriguez Sanchez of the haunted house concept. “Their bodies are there, in that space. It brings history to life, talking about colonialism as a horror story. Because this is our lives; it is our grandparents’ lives. Our lives are marked by this generational trauma that lives with us.”

So, just how scary is it? Scary enough to include a warning at the entrance at least. There are graphic, and at times gory, depictions of violence. The section dealing with Hurricane Maria and its aftermath, in particular, could be triggering for visitors, many of whom experienced the hurricane or, like Ramirez, have family who did.

Alvelo himself says he’s had trouble with some of the archival material. “I'm not somebody that gets too emotional but working with this, knowing that it's all real ... sometimes I have to take breaks from it,” he says.

“It's going to have moments that yes, can totally fall into the gory or scary, but we don't want to overdo that part. Because then ... we would miss an opportunity to let people be scared by the thought of the history of this country.”

“There is a fine line there, that we want to make sure we don't cross so that it doesn't become a gimmick,” says Torres Kortright. “It's going to have moments that yes, can totally fall into the gory or scary, but we don't want to overdo that part. Because then ... we would miss an opportunity to let people be scared by the thought of the history of this country.”