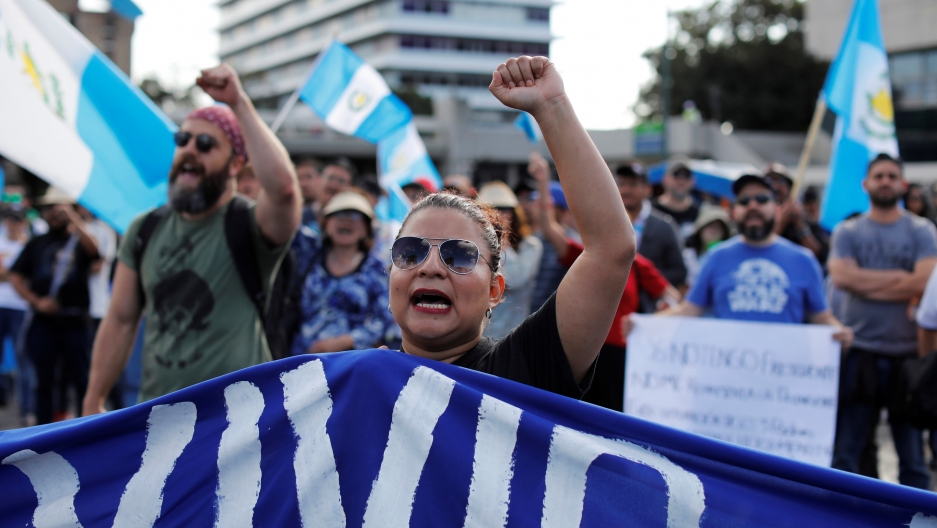 Demonstrators take part in a march to protest against the decision of Guatemalan President Jimmy Morales to end the mandate of the UN-backed anti-graft commission, the CICIG, in Guatemala City, Jan. 12, 2019.

In the remote Guatemalan village of Pitahaya, a dozen people sing songs praising God and praying for help.

“Some days we eat, and some days we don’t. That’s how we go through life,” said Reina Maria Ramírez, who grew up in the village.

Life has been especially hard in recent years because of drought. And the government, she said, doesn’t help. When she applies for government assistance, she’s asked for photocopies of personal documents that then disappear. Once, she had to pay $6 to apply for a school scholarship for her son. She remembers the amount because it’s more money than her husband earns in a day picking coffee. The money vanished, and the scholarship never materialized.

“That’s why we stop believing the government,” Ramírez said. “We’ve been cheated a lot.”

Corruption is the backdrop of a high-stakes drama that has been unfolding over the last year in Guatemala. It has to with an international anti-corruption commission, known as the International Commission against Impunity in Guatemala, or the CICIG. The commission, an autonomous body backed by the United Nations, brought down many of the country’s elite, including former president Otto Pérez Molina and his vice president. But it was shut down last month at the behest of President Jimmy Morales, who was incensed over its investigation of him and his family for allegedly accepting illegal campaign funds.

Critics of the CICIG said it overreached its authority, while supporters say the fight against corruption will become much harder now that it’s gone. 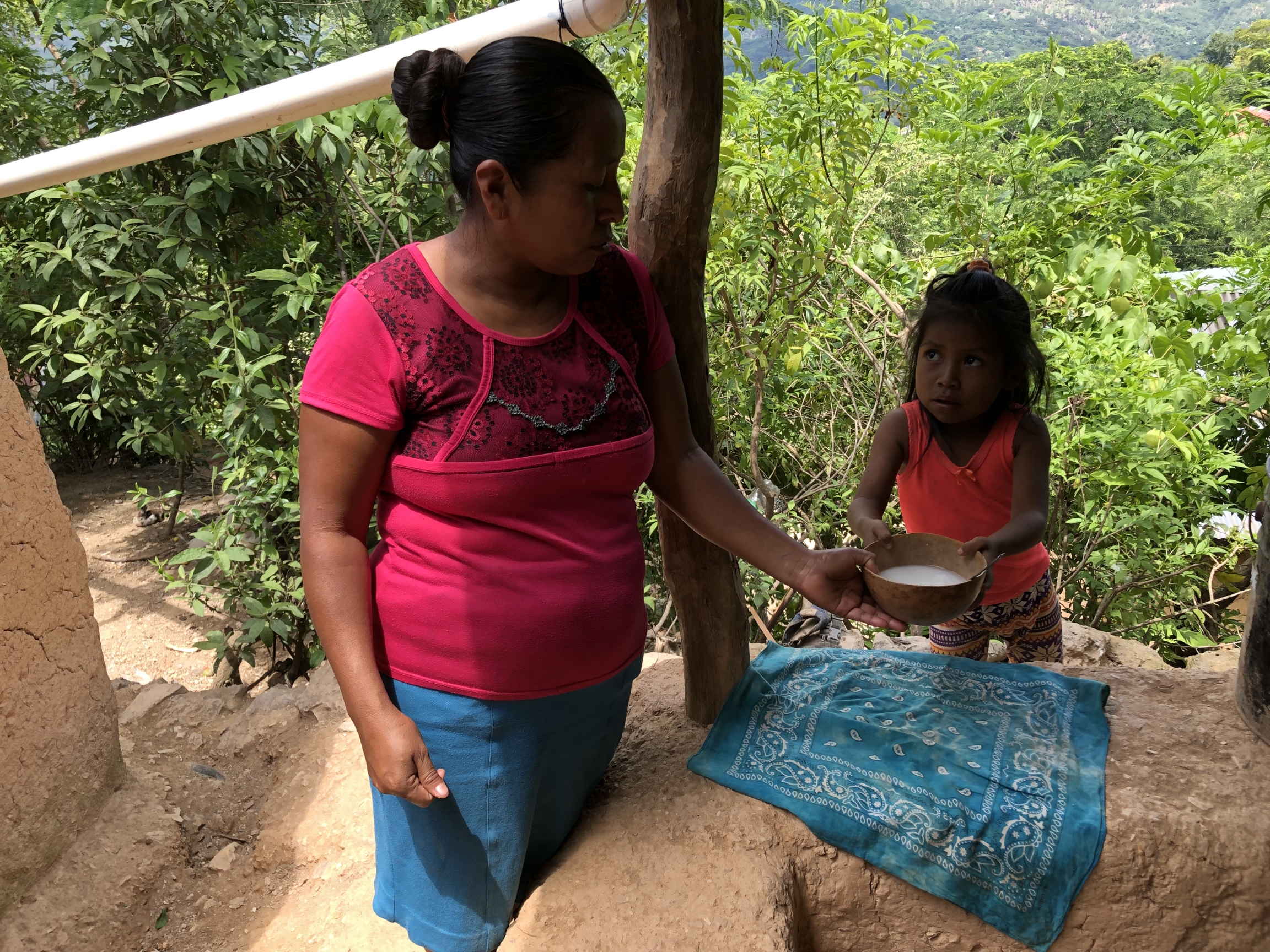 Reina Maria Ramírez says putting food on the table is a struggle, and some days she doesn’t eat. Doctors say her 5-year old daughter is malnourished, Ramírez says.

“Food, health services and cash transfers are basically not getting to the people that are supposed to get them,” said Lucrecia Hernández Mack, a congresswoman-elect and former health minister to President Jimmy Morales.

Hernández Mack, who quit the health minister job after a year, said when she first took the post, she learned the government hadn’t purchased vaccines for two years in a row. The funds had disappeared. People in Guatemala see the government as a vehicle for getting rich, she said — politicians secure appointments for allies who support their campaigns and use government money as a personal piggy bank.

“So basically, there is this big problem. Because institutions aren’t working for people. They are working for private interests,” she said.

Now that the commission is gone, the people it targeted want revenge. A group of Guatemala politicians are seeking an investigation into the commission’s employees. Guatemala’s highest court has stopped that effort — for now.

An initiative with powerful enemies

The CICIG began operating in 2007 to help counter impunity and corruption in the wake of Guatemala’s 36-year civil war. The United Nations agreed to step in to help to address the rise of dangerous criminal groups that had penetrated Guatemala’s government. CICIG would carry out its own investigations and then hand the cases over to local prosecutors. During its 12 years of existence, the commission played a key role in prosecuting criminal networks and uncovering government corruption at the highest levels. Polls consistently showed that around 70% of Guatemalans supported the commission.

One case that underscored the depth of corruption involved Guatemala’s Social Security Institute (IGSS), which in 2014 negotiated a lucrative contract with a pharmaceutical company in exchange for alleged financial kickbacks. The company provided faulty dialysis treatment, and at least 13 people died of kidney failure, according to prosecutors. 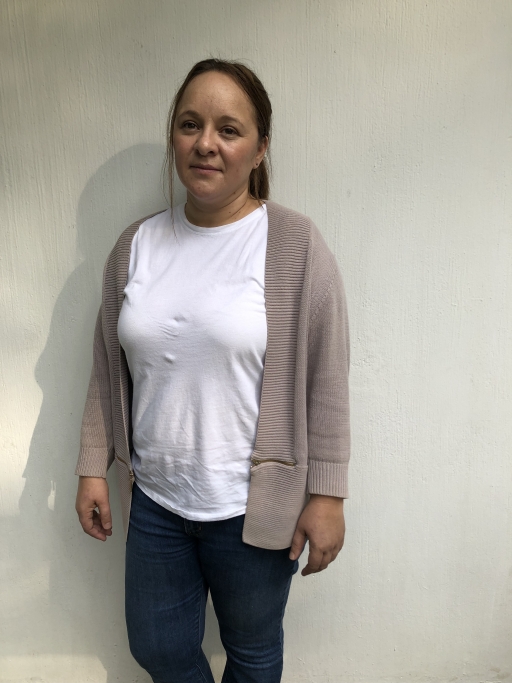 She said the scandal would have been buried if it hadn’t been for the CICIG.

“CICIG was critical to our case. If it hadn’t been for them, we never would have seen important officials held accountable for their actions. They gave us hope,” Figueroa said.

The CICIG’s former president, Iván Velásquez, said the commission was so successful because it operated autonomously of Guatemala’s political and business elite.

“The fact that we uncovered so many powerful networks of corruption and organized crime is a huge success,” Velásquez said.

But he said that the CICIG’s high-profile battles created enemies of powerful businessmen and politicians. At the top of the list was the president, who started attacking CICIG after the commission began investigating Morales and his family in 2017 for allegedly accepting illegal campaign funds.

In September 2017, Morales ordered Velásquez expelled from Guatemala because he said  Velásquez was biased and CICIG was overstepping its mandate. The Guatemalan president also sent lobbyists to Washington, DC, to portray Velásquez as a leftist determined to undermine his conservative government, according to The Washington Post. There were even allegations of meddling by the Kremlin.

“I would compare CICIG to a big dog that doesn’t have an owner. It turned into a corrupt organization,” said Russian businessman Igor Bitkov, who is at the center of the bizarre drama involving Russia.

Bitkov, who fled Russia to escape alleged Kremlin persecution, was convicted in January 2018 of buying fake Guatemalan passports for his family. A Guatemalan court sentenced him to 19 years in prison, and his wife and daughter to 14 years. Bitkov claims the CICIG targeted them at the behest of Russian President Vladimir Putin. Months after his conviction, Guatemala’s highest court overturned the sentence against Bitkov on unrelated grounds and ordered a retrial. He was convicted again and sentenced to time served.

In the US — which provided the majority of the CICIG’s funding — lawmakers took note. Florida Sen. Marco Rubio temporarily blocked millions of dollars in US funding for the commission, saying he was concerned the commission “has been manipulated and used by radical elements and Russia’s campaign against the Bitkov family in Guatemala.” 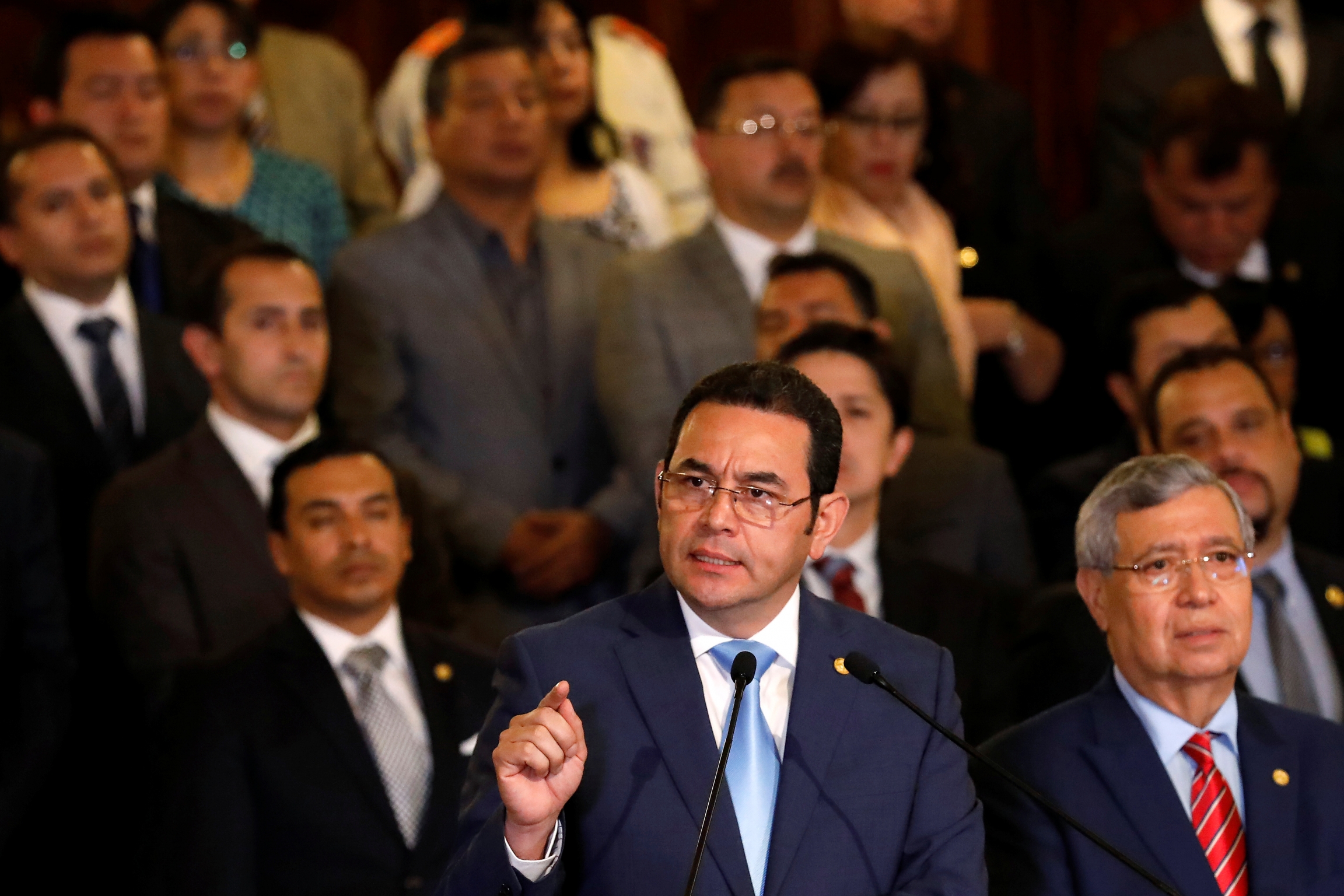 ‘They stepped on toes’

Eric Olson, an expert on Central America at the Washington, DC-based Wilson Center, said there’s no legitimacy to the complaints of corruption within the CICIG.

“They stepped on toes. They created an environment in which the privileged did not feel very privileged any longer.”

“They stepped on toes. They created an environment in which the privileged did not feel very privileged any longer,” he said. “So there are certainly a lot of aggrieved people. But there is no evidence that CICIG was corrupt.”

But as the CICIG’s battles dragged on, US support for the commission began to waver. In 2018, then-US ambassador to the United Nations Nikki Haley said Washington supports the commission, but warned that it should maintain a lower profile.

“They don’t need to be in the paper every day,” she told reporters.

And when Morales refused to extend the commission’s mandate, the US didn’t intervene. As of last month, the CICIG ceased to exist.

But for some politicians who were targeted by the commission, that’s not enough. They want to see the commission’s former members investigated and punished. While Guatemala’s highest court has stopped that effort, few people expect that to be the final word.

The Wilson Center’s Olson said the message from Guatemala’s government is clear: “They are undertaking a political witch hunt against prosecutors who were simply following the law and doing investigations and trying to hold people accountable.”