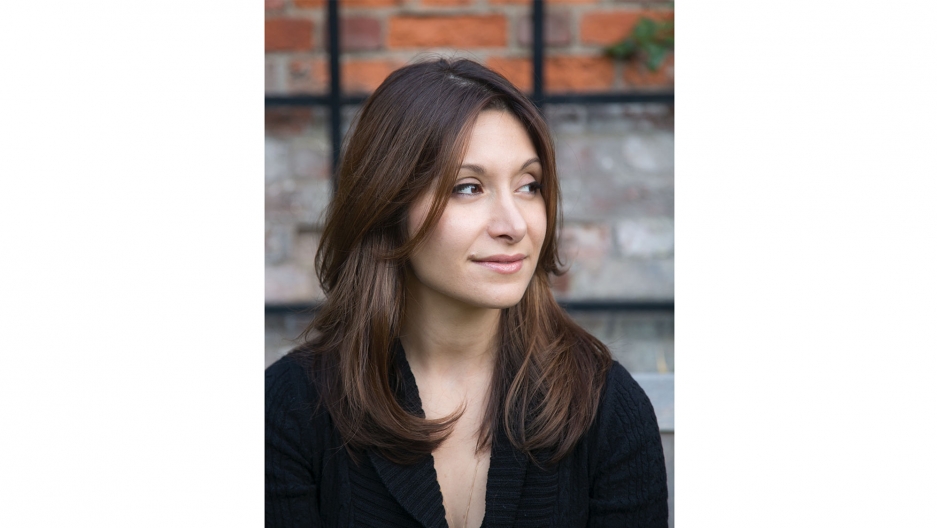 In her latest book, "The Ungrateful Refugee," author Dina Nayeri reflects on her personal experience as a refugee to deconstruct some of the stereotypes about newcomers.

At age 8, author Dina Nayeri fled Iran along with her mother and brother. They spent two years as refugees before gaining asylum in the United States and settling in Oklahoma.

There was a moment not long after Nayeri arrived in the US when a woman who heard her story told her, "you came here for a better life," and Nayeri remembers being irritated by it.

“It felt very insulting to have somebody say [that] because that meant that America by itself was better, that being a poor person in a tiny apartment in Oklahoma was better than being a doctor's child in Isfahan and that's not the case,” Nayeri said. “Our life in Iran was wonderful. We had a village that we would go to every weekend — full of orchards and hills — and we would hike and swim. We were happy because we were with our family — the people that we loved and the language in which we could communicate and were respected.”

In her latest book, "The Ungrateful Refugee: What Immigrants Never Tell You," Nayeri reflects on her personal experience to deconstruct some of the stereotypes about refugees and immigrants. She spoke to The World’s Marco Werman about some of the issues immigrants are unlikely to raise in public — feelings of gratitude, among others, are complex for newcomers.

"What I wanted to argue against is the compelling of gratitude toward the native-born."

[What's] important here is not gratitude itself, which is a necessary emotion and one that every single refugee is absolutely full of, every single day," Nayeri said. "What I wanted to argue against is the compelling of gratitude toward the native-born. It is this feeling that immigrants get that they should go through their lives constantly bowing and showing their thanks to people who had very little to do with their rescue. I think it's just something that happens slowly after arrival. People start to tell their stories in ways that feel like posturing, like theater, in order to show how lucky they feel. Then they continue on always holding their tongue when they want to participate in the political process."

You do need a story full of detail and full of particular kinds of memories. And the trouble is, when people escape, they don't store the kinds of memories that asylum officers want. The part of you that is storing contextual information actually gets weak in those moments of trauma. That's why when asylum seekers go into their interviews, they often can't remember what day it was, what time of day, how long did it take for them to walk from here to there, what was the name of that person who was sitting there with them, etc. That's the kind of information that the asylum officers most want. [Asylum officers] still continue to conduct the interview in these exhausting six-hour sessions in which they repeat the same questions again and again, in like 20 or 30-minute intervals in order to trip people up so that people will give a different answer to the same question further in the interview. When people are telling their story and they get asked the same question again, they think they've been misunderstood, they think they didn't say enough and they will naturally say something very different.

So you're saying if you have like a Hollywood level storytelling ability, or a photographic memory, it could save your life.

Exactly. The people who are most in need, the people who have experienced trauma, who've experienced shame, who've maybe been tortured, those people will remember the least or will have the patchiest way of telling the stories. Many of them won't have the kind of education that has taught them how to tell the story effectively or how to read a person from another culture and whether or not they're believing you.

Tell me if I've got this right, but you're actually uncomfortable with how many progressives in this country make a case for immigrants by talking about how they make America great. Explain that.

It's complicated because immigrants do add to the economies that they join and they are looking to regain their profession and to work hard and rebuild their lives. But I feel that it's incredibly disingenuous and incredibly selfish for people in settled countries to think, "well, what do they give to us?," when people are in danger of losing their lives, their families, their homes; how can we sit here and wonder what they could give to us? What gives us that right? I use "we" as in Westerners. So with that luck at birth having put us in this position of extreme privilege, we then look at the [migrants] and say, "what can they possibly give to us?," or ask "Have they suffered in exactly the right way or are they being opportunists?" It's absurd to me and it's really narcissistic.

And your idea that refugees need friendship not salvation. Does that get at what you were just talking about? What do you mean by that?

For example, if refugees are coming into your community and you truly see them as an equal human being who has had some really bad luck, first of all, you're not going to mine them for their story so that you can feel better. Second of all, you're not going to ... make them feel a lot worse about their situation. I think you would change your mindset and try to understand that this person wants to be who they used to be. They just want a friend. I would really like for the native-born to think about what's going on in the psyche of these newcomers and what they might need. I think the biggest thing they would need, aside from shelter and food, is love and dignity.