More than 2,000 Central American migrants seeking to settle in the United States have given up and accepted free rides home under a 10-month-old program funded by the US government and run by a United Nations agency, according to a UN official.

The "Assisted Voluntary Return" program has paid for buses or flights for 2,170 migrants who either never reached the United States or were detained after crossing the border and then sent to Mexico to await US immigration hearings, according to Christopher Gascon, an official with the UN's International Organization for Migration (IOM). 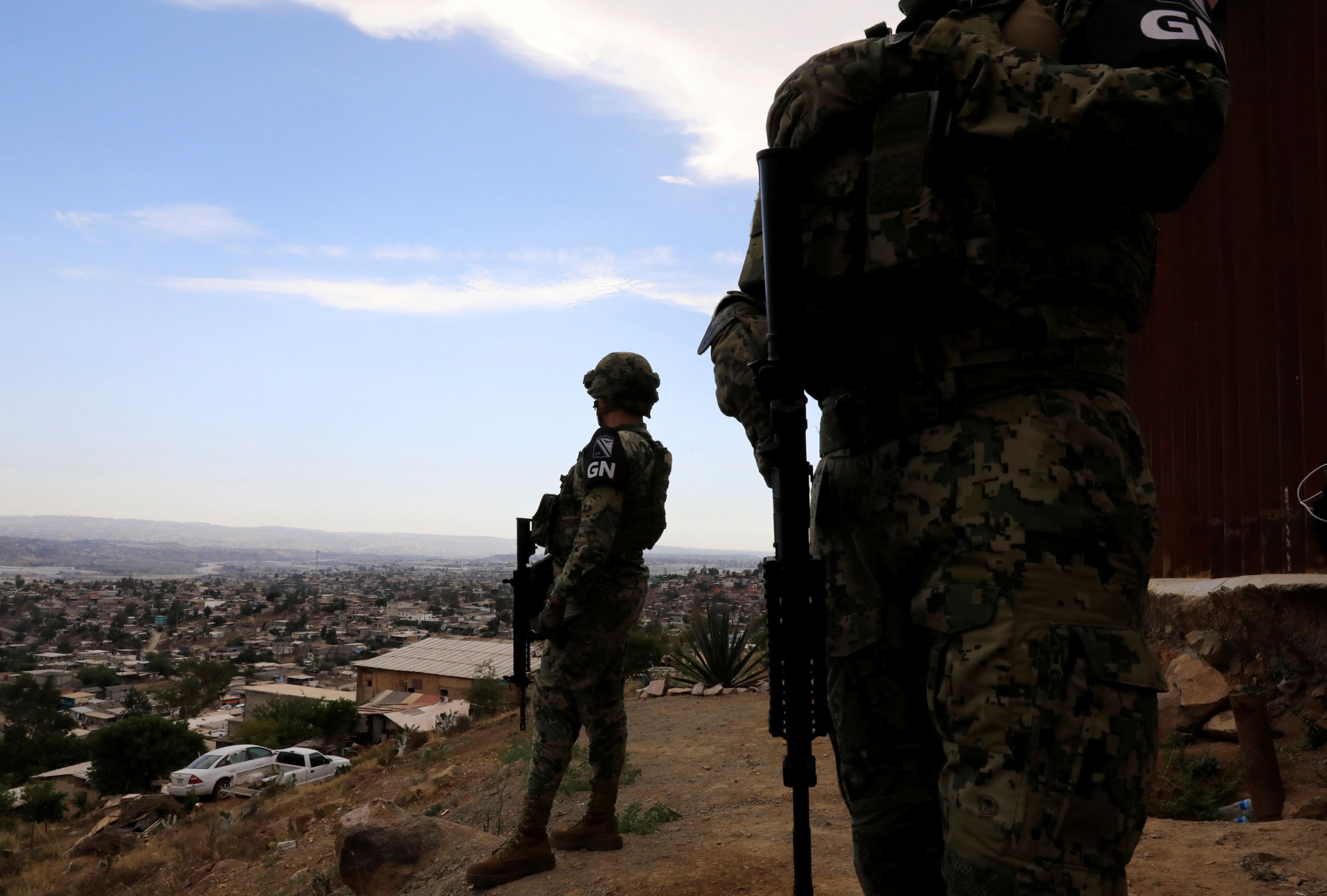 Members of the National Guard patrol next to the border fence between Mexico and US.

The $1.65 million program, funded by the US State Department, is raising concerns among immigration advocates who say it could violate a principle under international law against returning asylum seekers to countries where they could face persecution.

The returned migrants have not been interviewed by US asylum officers. But Gascon said his agency screens all participants to ensure they are not seeking US asylum and want to go back.

Gascon, head of the IOM's Mexico mission, said the program provides a safer and more humane means of return than the migrants could arrange on their own.

The effort, whose scope and controversial aspects have not been previously reported, is the first by the State Department and UN to target Central American migrants in Mexico on such a large scale. The State Department would not comment on the record about its role.

Gascon said the State Department reached out to the IOM last year as caravans of thousands of Central American migrants traveled through Mexico toward the US border. 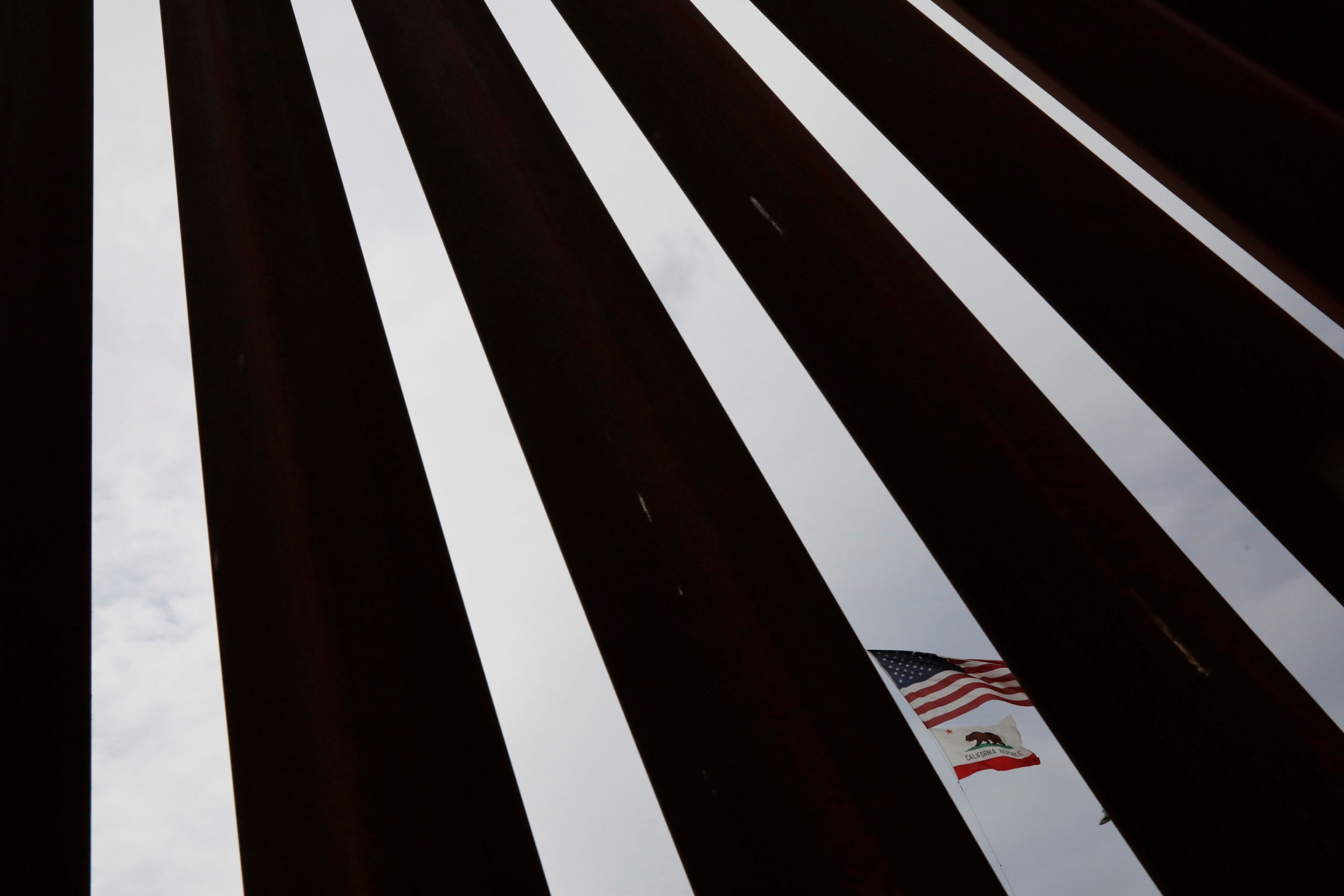 A US flag is seen through the border fence between Mexico and US in Tijuana, Mexico.

US President Donald Trump called the caravans an "invasion" and has made stemming immigration a centerpiece of his administration and 2020 re-election campaign.

Migrant advocates are particularly concerned about 347 people returned by the IOM who had been stuck in Mexico under a controversial Trump administration policy known as the Migrant Protection Protocols (MPP). 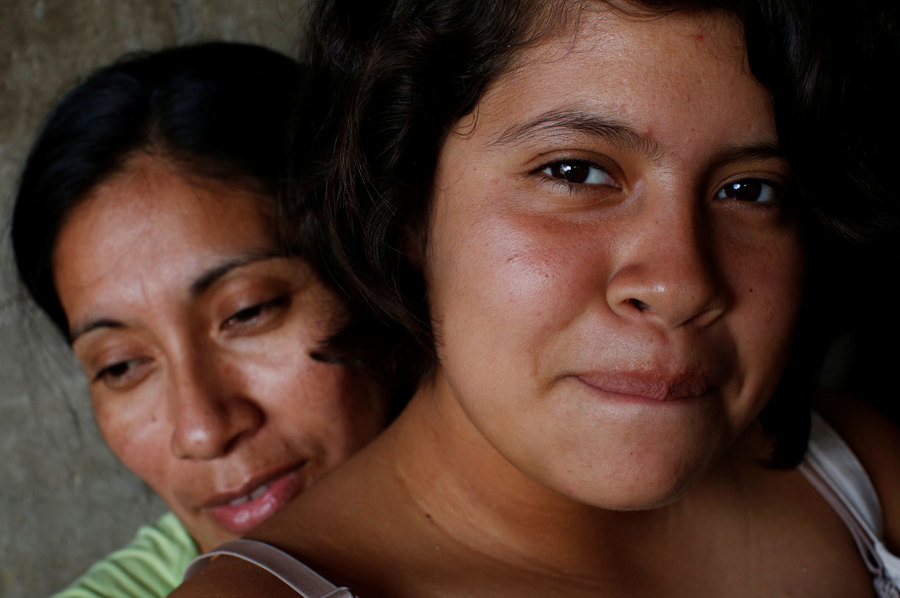 Consuelo Aguilar, 36, and her daughter Andrea, 15, sit inside a shelter after they were sent by the Customs and Border Protection to Mexico from the US under the MPP. "I feel devastated, I saved so much money, my family lent me money to have a better life in the US and they sent me back to Mexico," Consuelo said. "The court is a lie, they are not going to help us, it's better if I go back to Honduras."

Under that policy, which began Jan. 29, some migrants who make it across the US-Mexico border are given a notice to appear in US immigration court, then are then turned back to Mexico to wait the months it can take for their court cases to be resolved. In the past seven months, more than 30,000 migrants have been sent back under MPP, according to US Customs and Border Protection.

Advocates say that the migrants often face danger and destitution in Mexican border towns, leaving them no good options. 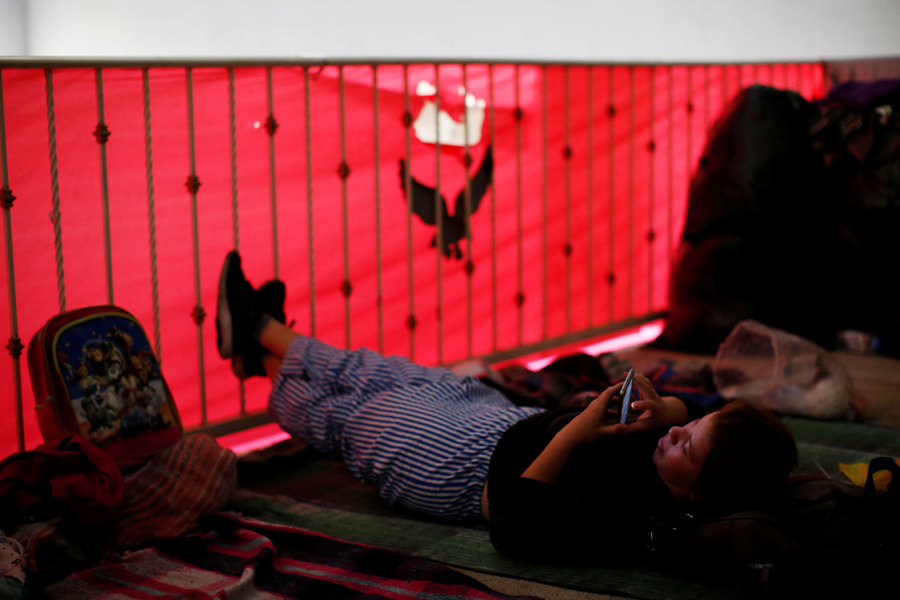 Cecilia Chirinos, a Honduran migrant, rests inside a shelter after she was sent by the Customs and Border Protection to Mexico from the US under the MPP. "I crossed with my youngest son to meet my husband on the US side. He crossed with my daughter at the same time, he was able to stay and I was sent back to Mexico," Chirinos said. "I don't understand, they sent me and my son to a country that is the same or even more dangerous than Honduras. I don't feel safe here. I'm very sad."

"How can it be a voluntary decision [to return home] given the conditions they face in Mexico? It's a choice between two hells," said Nicolas Palazzo, an attorney with El Paso-based Las Americas Immigrant Advocacy Center.

Besides any danger they might face back home, there is another significant downside to leaving: If migrants do not show up for a US court hearing, they can be ordered deported "in absentia," reducing their odds of ever being granted refuge in the US. 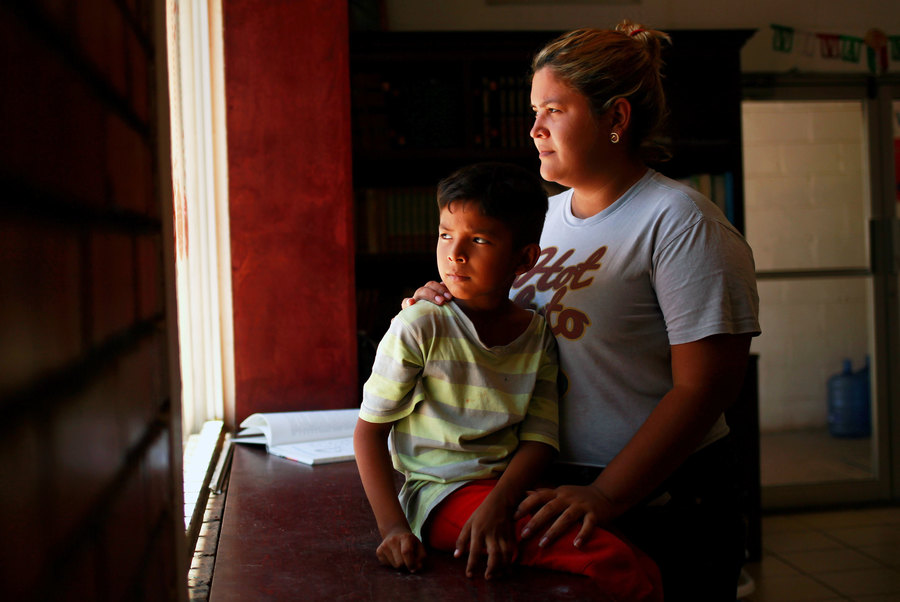 Denia Carranza and her son, are shown at the Casa del Migrante migrant shelter in Ciudad Juarez, Mexico.

Denia Carranza, a 24-year-old Honduran returned to Mexico to await a court hearing set for October, decided instead to board a bus back home last week.

She said she and her 7-year-old son had fled her hometown and a good job at a shrimp packing company after gang members threatened to kill her if she did not deal drugs to fellow employees. She had hoped to apply for US asylum.

But she said she was frightened in Ciudad Juarez — a battleground for drug cartels where the bulk of migrants await their hearings. Also, she had no job and no way to provide for her son.

"I am scared of going back to Honduras. But I am more afraid to stay," she said. 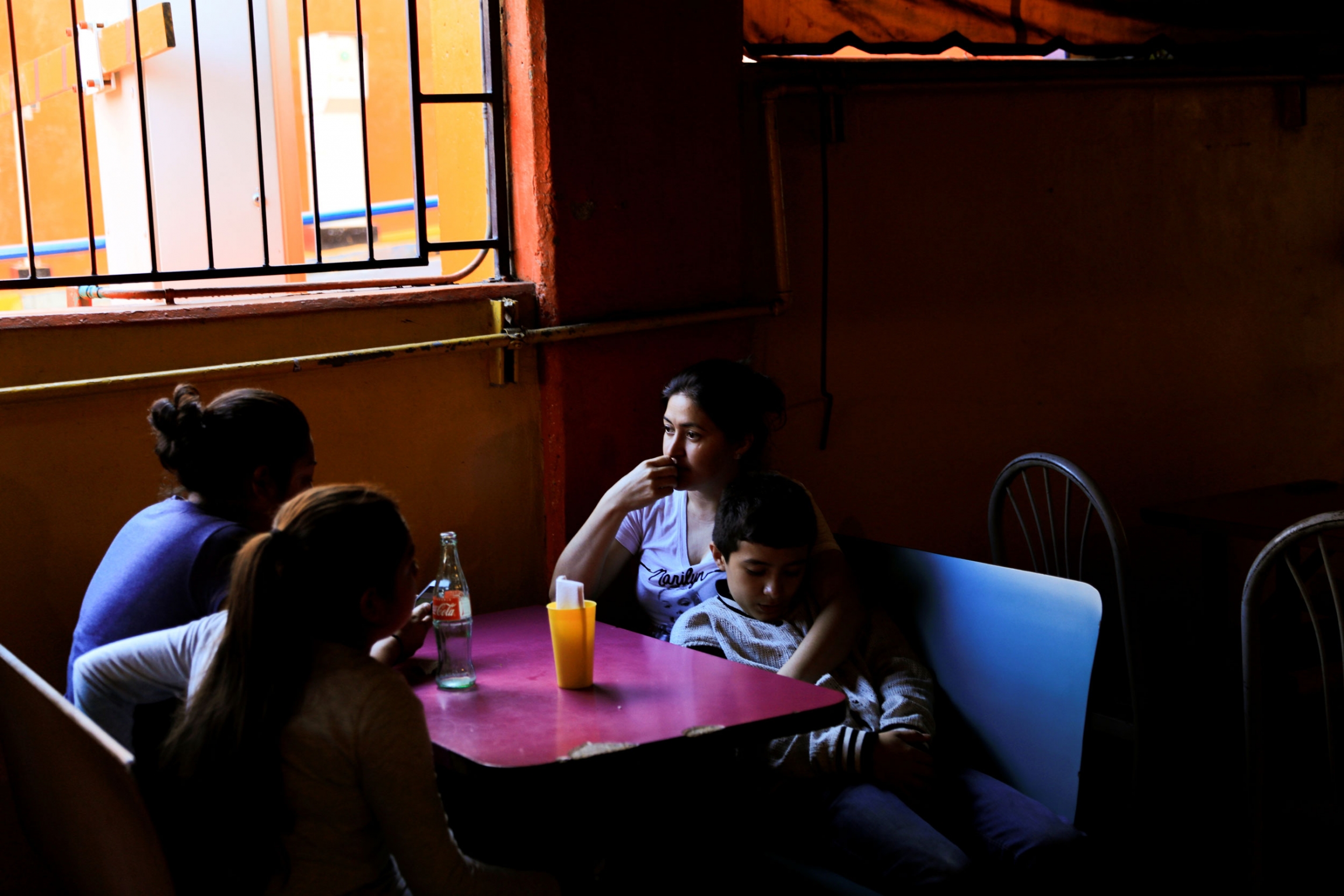 Migrant from Honduras, Patricia Acosta, 36, embraces her son Adalberto Acosta, 13, as they finish eating at a restaurant after they were sent by the Customs and Border Protection to Mexico from the US under the Migrant Protection Protocols (MPP), in Tijuana, Mexico.

The US-based nonprofit Human Rights First said it had documented more than 100 violent incidents perpetrated against migrants waiting in Mexico for US court hearings this year, including rape, kidnapping, robbery, assault and police extortion.

The IOM documented 247 deaths of migrants near the US-Mexico border this year through Aug. 15.

In a July 30 letter to the IOM's Director General, 30 US and international advocacy organizations said they feared the UN organization was returning migrants to countries they had fled "out of desperation, not choice, and where they may not fully understand the consequences of failing to appear whenever summoned by a US immigration court."

There is no way of knowing how many of the migrants who opt to go home with IOM help might have been able to present a successful asylum claim. US courts ultimately deny most such claims brought by Central Americans and the Trump administration has said many are fraudulent. 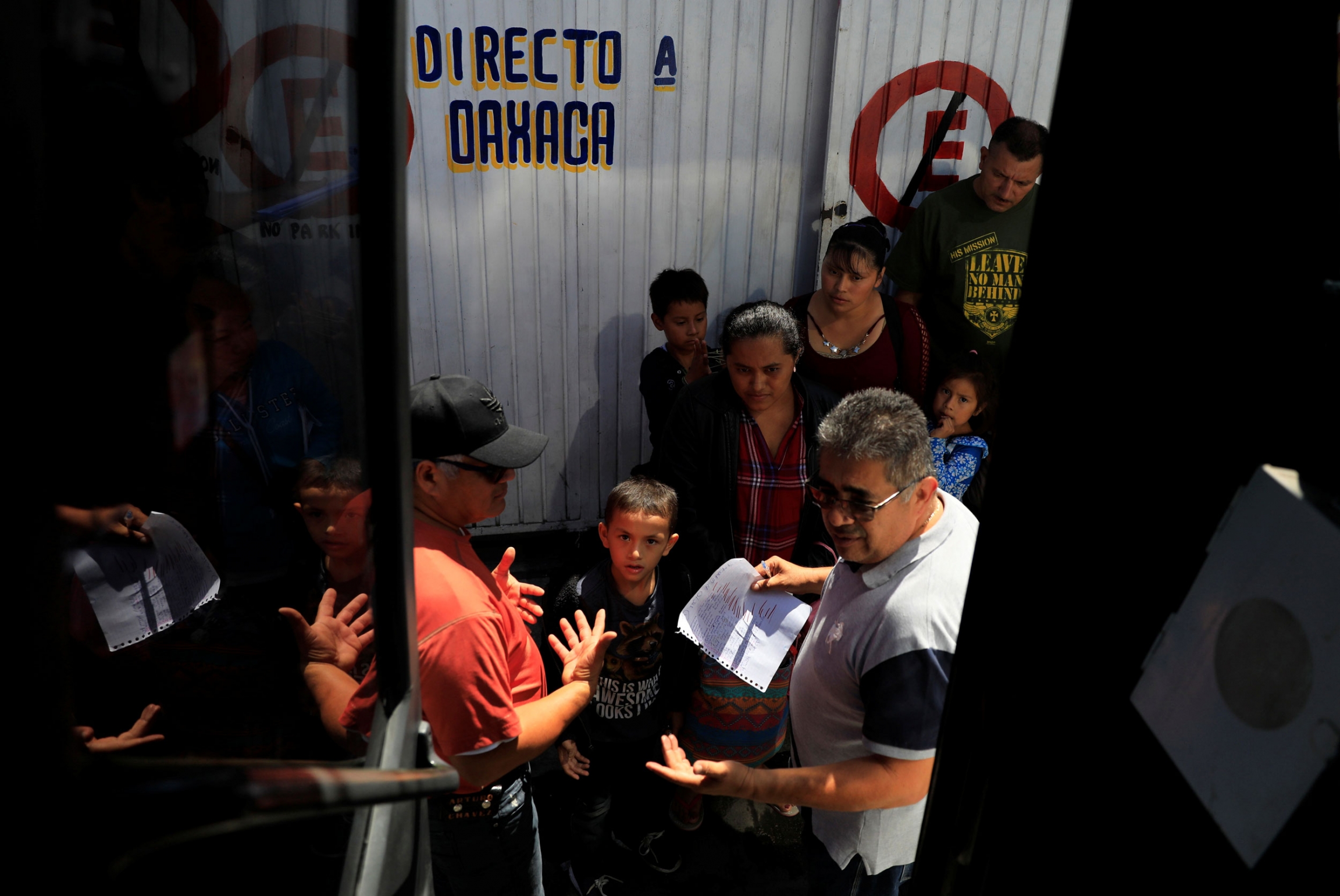 Central American migrants returning from the US to Mexico under the MPP, wait outside a bus to go back to their countries.

Migrants who are sent to Mexico under MPP may or may not be seeking US asylum, but they generally have no opportunity to initiate such claims before being sent back across the border. The policy cuts out a traditional asylum screening step in which migrants are interviewed to establish whether they have a "credible fear" of returning home.

When the US State Department approached IOM last fall, Gascon said, part of the goal was to counter what is saw as misinformation about how easy it was to get into the United States.

IOM set up kiosks at a stadium in Mexico City, which was along the caravan route, and on the US-Mexico border. It also helped spread the word about free rides back in migrant shelters. 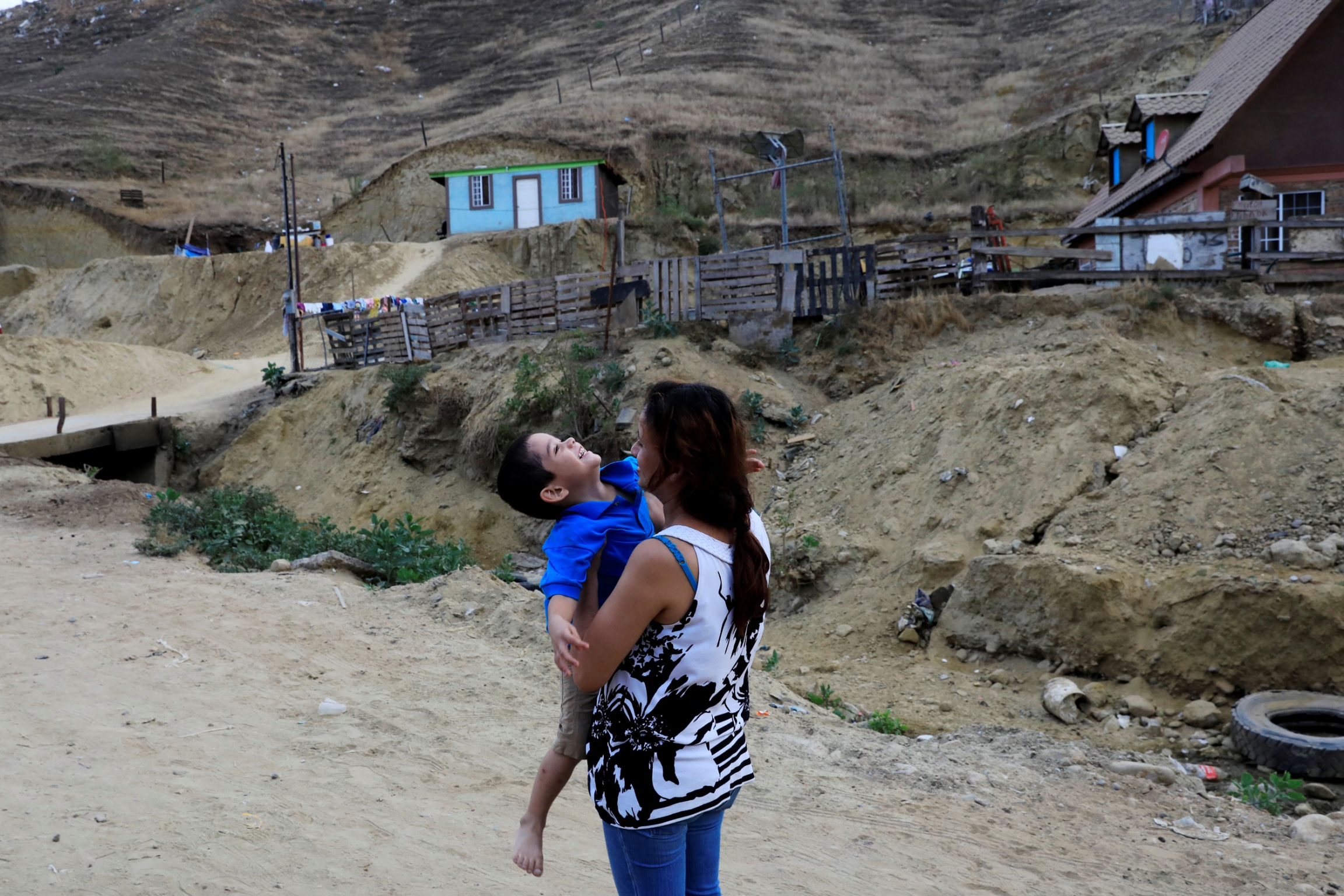 Migrant from Honduras, Dunia Ayala, carries one of her children outside a shelter after she was sent by the Customs and Border Protection to Mexico from the US under the MPP. "I crossed to the US with my family, we gave ourselves up to the border patrol, then they took us to a place where it was very cold, they took all our belongings, jackets, shoelaces, everything, then started to question us. We feel very intimidated by them. My husband said to them, 'We didn't have the fortune to be born in a country like yours, we just want a better future for our kids.' Anyway they forced us to sign a paper of the MPP. Now, we have an appointment, but after the way they treated us, we are going back to Honduras."

"When they saw the reality, some decided to go home," he said of migrants.

Three quarters of the migrants in the voluntary return program went back to Honduras, a fifth to El Salvador and the rest to Guatemala and Nicaragua, according to IOM figures through July 26 of this year. More than half were "family units" and about 100 were unaccompanied minors. Most of the migrants have been sent back from Mexico, and a small fraction from Guatemala.

The IOM screens all migrants who ask to go home, but those awaiting US hearings in Mexico also undergo an orientation program with Grupo Beta, an arm of Mexico's National Migration Institute, to ensure migrants understand their options, Gascon said. 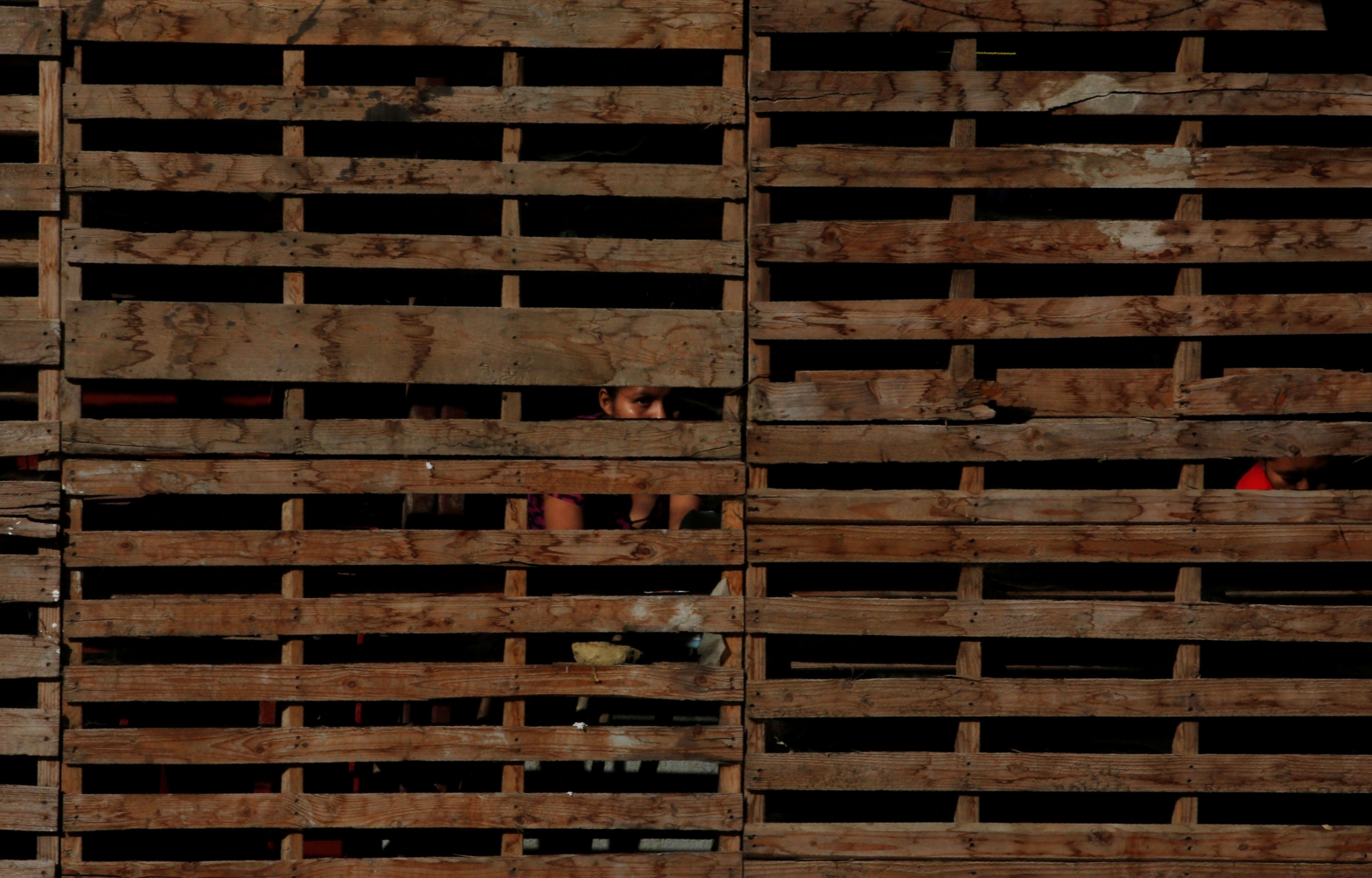 A migrant woman washes her clothes inside a shelter.

So far, Gascon said, two people awaiting US court hearings in Mexico who wanted a ride back were instead referred to the Mexican government to gauge their eligibility for asylum in Mexico.

But advocates said they worried that Grupo Beta is not the best partner for IOM to ensure migrants' safety.

"Many organizations have documented time and again that Mexican migration officials don't refer people to (the national refugee office), they don't register fears of return, and they have even pressured people to withdraw [asylum] claims," said Kennji Kizuka, a researcher at the nonprofit Human Rights First.

Mexican migration officials did not respond to a request for comment. 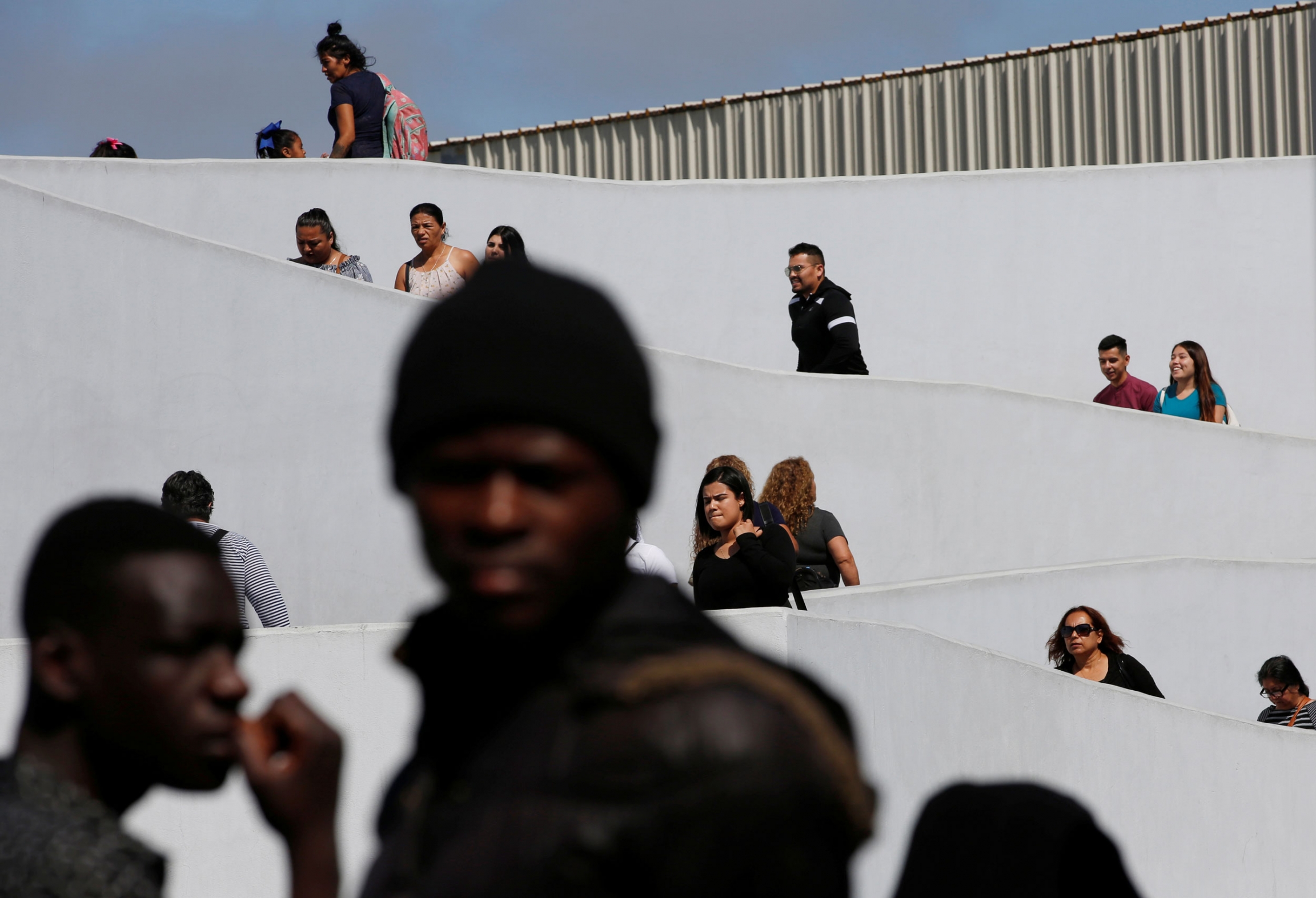 People cross the borders as migrants from different countries wait to apply for asylum in the US.

More than a dozen migrants awaiting US hearings at the Casa de Migrante shelter in Ciudad Juarez told Reuters the weekly south-bound bus rides held some appeal. Though reluctant to give up on their American dreams, many didn't have lawyers and saw little prospect for success.

"All that effort we made to get here from Honduras and now we're going back," said Angel Estrada, who had hoped to get care in the US for his 9-year-old son, who has hemophilia. "It's really sad."