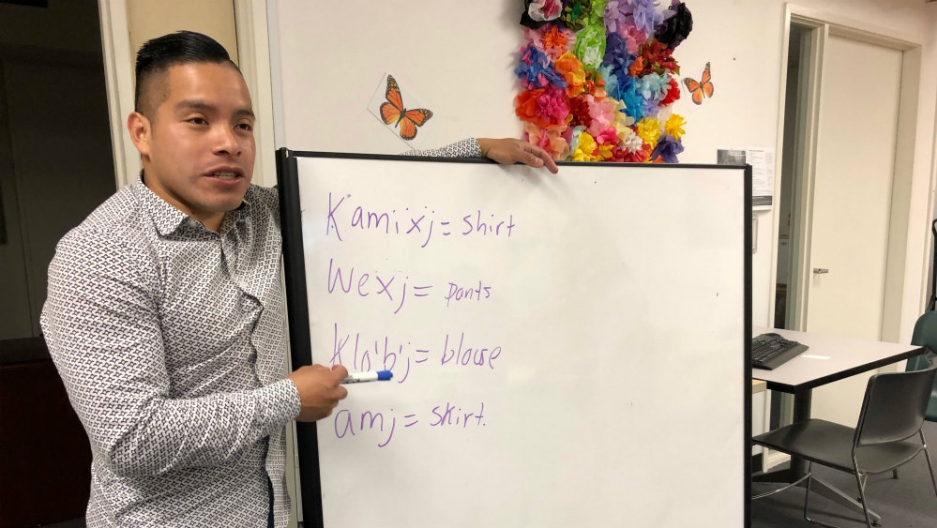 Editor's note: This story originally appeared on KQED. You can find the original here.

A handful of adults at an Oakland community college practiced how to say “good afternoon” in Mam, a Mayan language spoken in the western highlands of Guatemala.

Learning even a few words in Mam has already helped Mirtha Ninayahuar break the ice with children at a Sunday preschool where she volunteers. Most of her students only speak Mam, she said.

“I want them to hear me speak Mam so they see that I’m trying hard to learn a different language because that’s what they are doing,” said Ninayahuar, a retired utility worker. “And even the parents, too. If I greet them in Mam, they smile and I think they feel that I care more about them.”

Oakland’s Mam population is estimated at several thousand and growing as an exodus of Guatemalan migrants fleeing violence and crushing poverty continues to head north. They are joining relatives and friends from San Juan Atitán, Todos Santos, Santiago Chimaltenango and other rural Guatemalan towns and meeting on the streets of East Oakland, say several Mam residents.

As a result, the number of students who speak the language in Oakland schools has skyrocketed. And, some government agencies and nonprofit organizations have hired Mam speakers to better interact with the community.

Demand for Mam interpreters continues to grow, said Arturo Dávila, a Spanish professor at Laney College, who coordinates the Latinx Cultural Center where the Mam language class meets. Davila said the center gets requests for Mam interpreters and translators for legal aid and health clinics.

“As there are so many newcomers, they're having a great need to serve those people, and what they have found out is that they don't speak Spanish necessarily,” said Dávila. 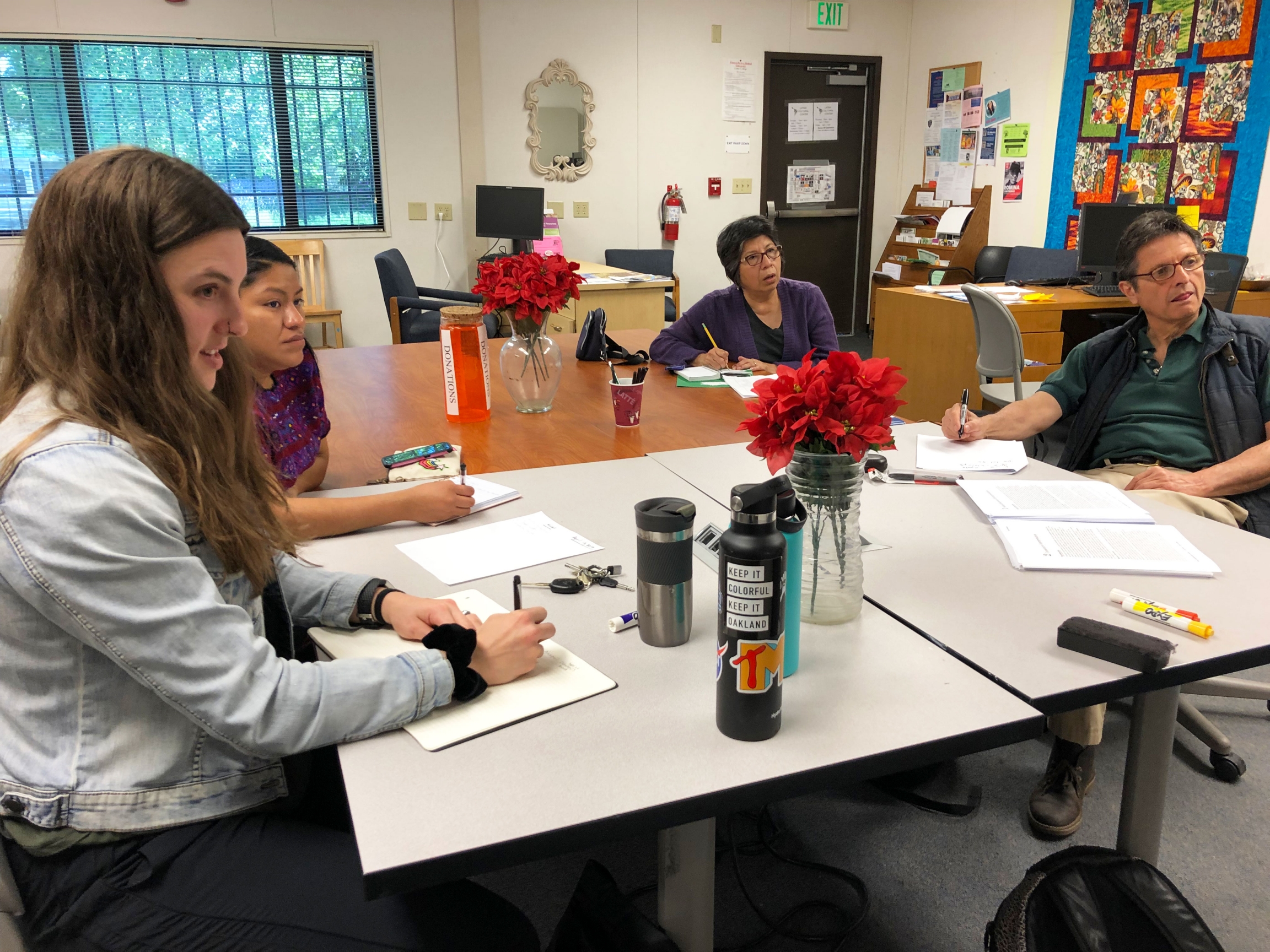 The language lessons at Laney aim to help bridge communication gaps with Mam newcomers who sometimes are not fluent in English or Spanish. The majority of people taking the class are elementary and high school teachers who’ve seen more Mam kids in their classrooms, said Sales, the Mam language instructor.

“They want to help the community, that’s the priority. And they want to learn about us,” said Sales, 25, a local library aide.

He also works as an interpreter at immigration courts, where Mam became one of the top 10 languages used during hearings, according to US Department of Justice statistics.

Along the US-Mexico border, Guatemalans represent a third of the 781,000 people arrested by immigration authorities since October.

At Oakland Unified, Guatemala surpassed Mexico as the top country of origin for new students who have lived in the US less than three years. Since 2016, the number of students who report speaking Mam at home has doubled to about 1,130, according to district officials.

But that number does not include dozens of charter schools in the city, so the Mam student population is likely much greater, said Nicole Knight, who directs OUSD’s English Learner Multilingual Achievement office.

“The teachers and principals are just grappling with what is the best way to support students, not just because of their language needs, but many students are coming very heavily impacted by trauma, and with interrupted schooling,” Knight said.

Sales arrived in Oakland at age 17 after his parents, who had moved to the city years before, successfully petitioned a green card for him, he said.

“I almost gave up,” he said. “But my parents kept telling me — even though they never went to school — ‘just do your best and...one day you will succeed and you will teach others.’ That really motivated me.” 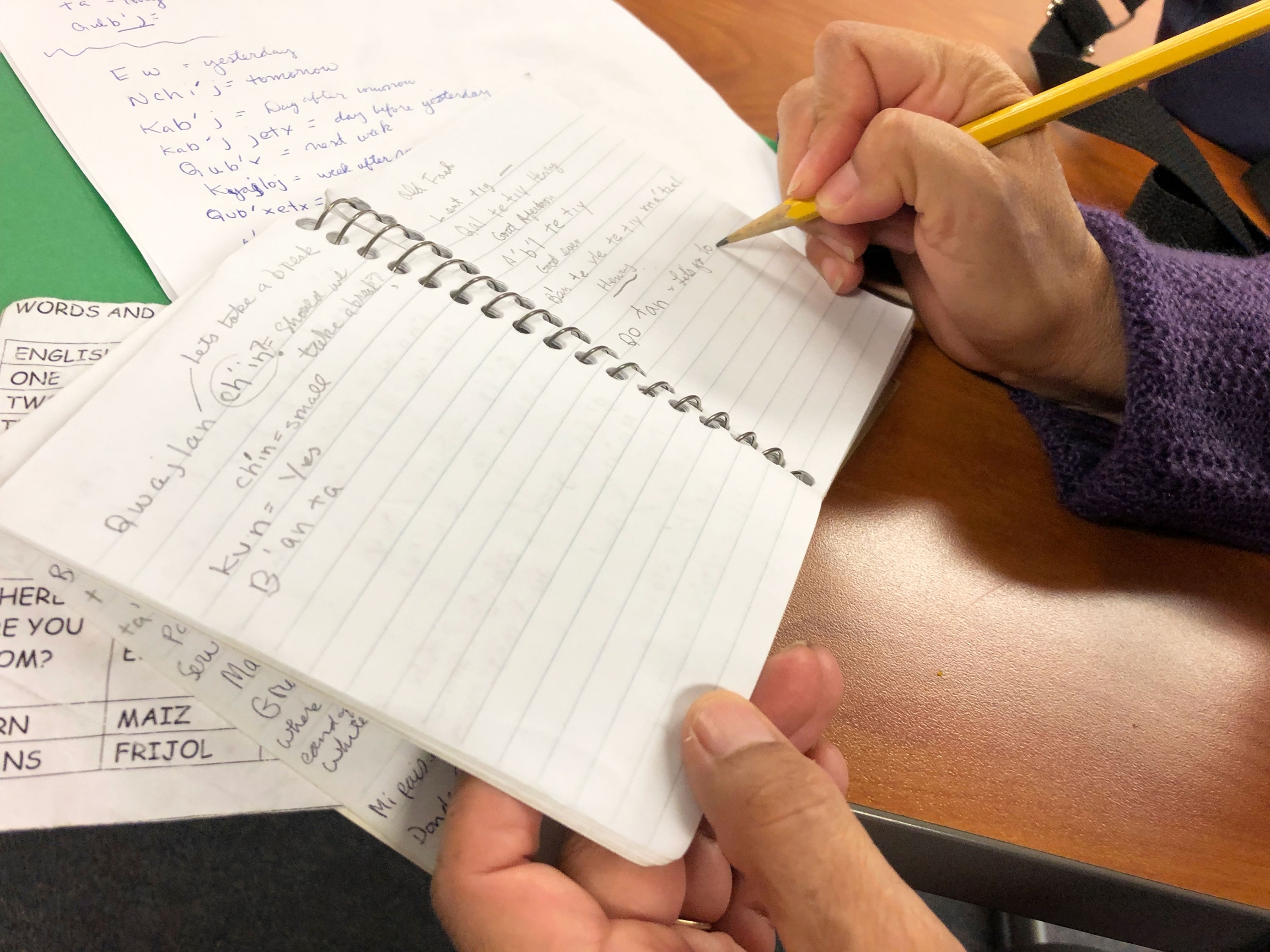 Mirtha Ninayahuar writes notes during a Mam language class at Laney College in Oakland on April 13, 2019. Ninayahuar volunteers at a Sunday school where most of the children speak only Mam

The first waves of Mam Guatemalans began arriving in Oakland in the 1980s, during that country’s bloody civil war. Many were displaced by the Guatemalan army’s counterinsurgency operations that killed hundreds of thousands of civilians and destroyed highlands villages, according to Susanne Jonas, a retired lecturer at UC Santa Cruz who co-wrote the book “Guatemala-US Migration: Transforming Regions.”

Long-term Oakland resident Francisco Pablo Matias, a Mam interpreter and outreach worker at the non-profit Street Level Health Project, remembers soldiers streaming into his town of Todos Santos when he was a young man.

“Soldiers came to kill us, to beat us, to kick us out,” said Matias in Spanish, adding that the violence was coupled with deep-seated discrimination against Indigenous people in Guatemala. “The government there doesn’t defend us.”

He left the potato fields he worked at in Todos Santos in 1984, and made his way to the San Francisco Bay Area, where he heard from friends who had escaped Guatemala’s civil war. They told Matias that there was a greater chance of fixing their immigration status here compared to other parts of the country.

“My countrymen here were already winning political asylum,” said Matias, whose friends in Oakland referred him to an attorney that helped him win his asylum claim. 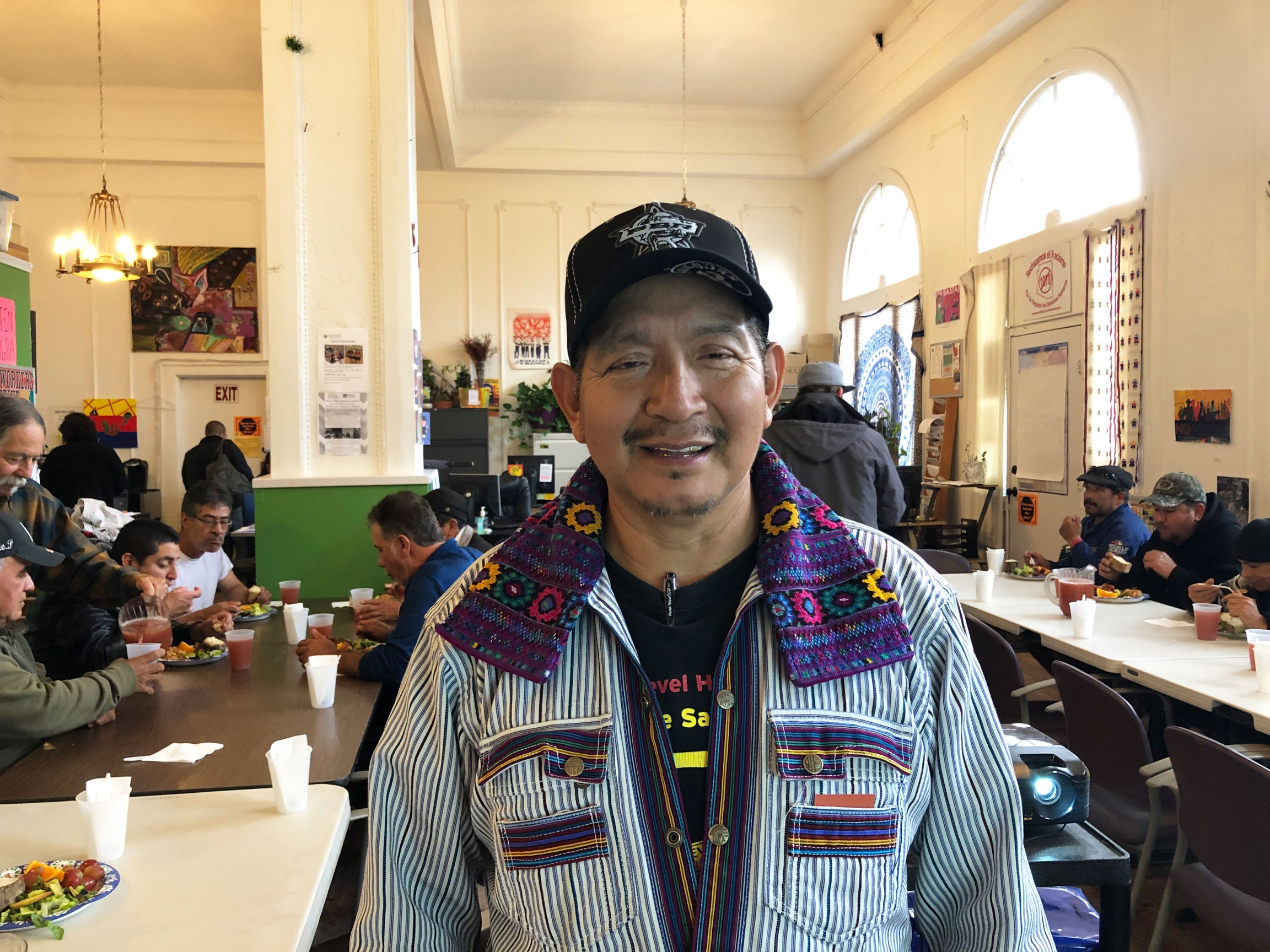 Francisco Pablo Matias, a Mam outreach worker for Street Level Health Project, attends a meeting at the organization's headquarters in Oakland's Fruitvale neighborhood on May 21, 2019.

In Oakland’s Fruitvale neighborhood, Mam families with young children are often seen walking along International Boulevard, wearing traditional, hand-woven Mayan skirts and blouses, which can now be purchased at stores in the area.

While newcomers struggle with steep housing costs and navigating through work and city services, Sales said in some ways, Mam people are finding Oakland more accepting of their Indigenous culture than their home country.

He learned about the history of Mam people in Guatemala while attending high school in Oakland he said. And he wants to help other Mam immigrants to be proud of their language and cultural heritage.

That is why Sales organized a free event open to the public in May featuring traditional Mam dances, art and food to show others their culture.

“I love connecting communities,” he said. “Now that I'm here I understand my rights and I understand who we are, and I’ll teach anyone that wants to learn the language.”