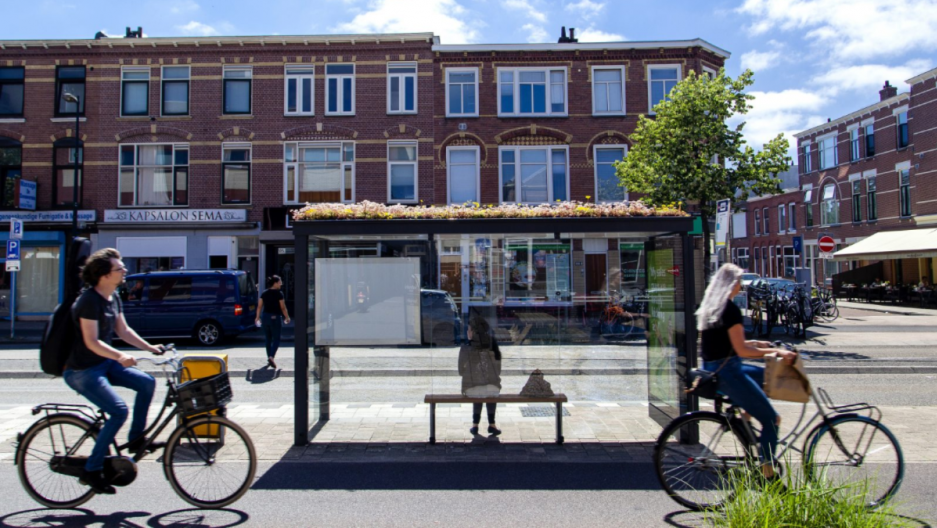 More than 300 bus shelters in the Dutch city of Utrecht have been transformed into bee-friendly green hubs.

Scientists have been warning about the decline of bee populations around the world. But the Dutch city of Utrecht has come up with a unique response to address this problem: It is turning its bus shelters into bee sanctuaries.

More than 300 bus shelters have been transformed into bee-friendly green hubs to support biodiversity in the city. Grass and wildflowers have been planted on the roofs providing a safe haven for different types of bees that act as pollinators and help plants propagate.

“What we did actually, the top of the bus shelter, has a very clever design in which the plants are in. The rainwater will also go into that roof and when there's just too much water in, it will just flow away on a very natural way. So we don't need that [much] maintenance on the roofs,” Prijs says.

The green roof experiment started five months ago and studies are underway to determine their impact on biodiversity. But Prijs says he hopes for the project to inspire residents to install green roofs on their own homes. 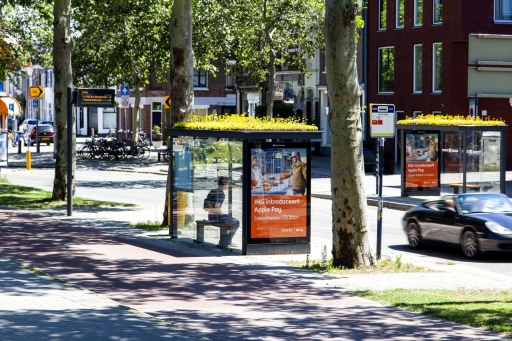 The bee-friendly green roof experiment started five months ago and studies are underway to determine the impact on biodiversity.

The World’s Marco Werman spoke to  Maurice Prijs about how the project has been received by commuters in Utrecht and about future plans the city has to increase the bee population.

Marco Werman: How have bus riders responded to these new shelters, not to mention everybody else?

Maurice Prijs: Very, very, very positive. Everybody really likes it because of the decrease in bee population everybody feels responsible for it. And on the other hand, people say it also looks very nice. It's more exciting to wait on the bus and stands on a green roof and enjoy a bit of biodiversity because of that.

So this is fairly new. Is there any way to determine what effect these bus shelters, these green bus shelters, have had so far on the environment in Utrecht and biodiversity?

No, not yet. It's hard to detect at the moment, but we will work very closely with the universities to determine that very well.

Are you at least hearing bees buzzing around as you're waiting for the bus?

No, not yet. Not yet, at the moment. Probably we can see one or two but I cannot conclude that they are there back again.

So are these green bee bus shelters, is this a Utrecht idea? Did you get this from somewhere else?

It's a 100% Utrecht idea, so it's very unique. And we got a lot of very nice comments from Utrecht, from our region, from our country, from Europe and also from around the world.

What about other efforts to make Utrecht more bee-friendly?

What we will do at the end of this year, we will have the largest bee hotel in the world. We will establish a very large building which will attract bees, so we are not going to release bees, no, it has to be a very natural way. We want to make the bee hotel and its surroundings as bee-friendly as possible to attract and to give bees a very proper living over there.

And what would be the goal of a bee hotel working at this kind of scale?

Our goal will be that we will have a nice and proper amount of bees in our city to work on biodiversity.

Yes, so it sounds like the bus shelter is just a starting point. Is Utrecht like the big city of bees now?