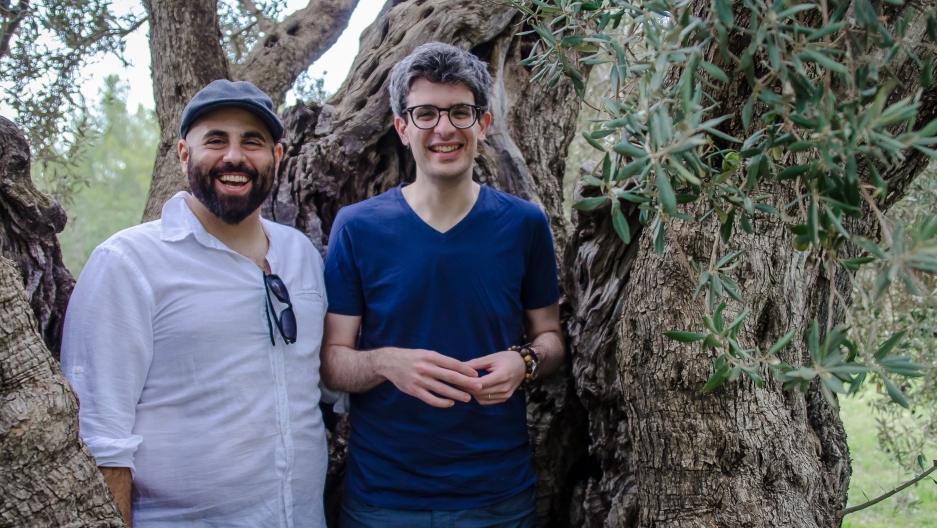 Hasan Siber and Alexandros Philippides, co-founders of Colive, stand in front of a 900-year-old olive tree. Siber, a Turkish Cypriot, and Philippides, a Greek Cypriot, started an olive oil company that uses olives from groves on both sides of the divided island of Cyprus.

Alexandros Philippides sips a cappuccino at a café inside Home for Cooperation, a community center within the designated buffer zone in the divided city of Nicosia, Cyprus.

In 1974, Greece and Turkey both attempted to control Cyprus. Ever since the conflict, a 112-mile Green Line of ceasefire divides the island into the Greek side in the south and the Turkish side in the north. The Green Line cuts straight through the city of Nicosia.

Siber’s box reveals a drawing of two little girls who stand on opposite sides of a fence. “Pull the fence in the name of peace,” Siber tells Philippides, flashing a proud smile. With a tug on the paper fence, a new drawing pops up of the girls sitting at the same table with their families, on a porcelain bottle of freshly made olive oil.

“It’s the story of two friends from the same island, who, all of a sudden, find themselves separated by barbed wire, but do anything possible to keep spending time together. It’s our personal story, and that of many Cypriots."

“This is the story of the Cyprus we dream of!” Siber says. “It’s the story of two friends from the same island, who, all of a sudden, find themselves separated by barbed wire, but do anything possible to keep spending time together. It’s our personal story, and that of many Cypriots,” Philippides adds.

Siber, from the Turkish side of Nicosia, and Philippides, from the Greek side, both felt the need to build something meaningful that could foster mutual dialogue in their post-conflict homeland.

In 2017, after years abroad, the two returned to Nicosia to launch their startup, producing premium extra-virgin oil from the cold-pressed fruits growing in both northern and southern olive groves. The word "colive" is a play on words that celebrates the idea that Cypriot olives bring people together.

“Our business assumes there are no borders — as it should be today."

“Our business assumes there are no borders — as it should be today,” Siber said. “We wanted to offer our own micro-solution to a never-ending problem,” Philippides adds.

Cyprus is an independent country with a majority Greek population in the south, an area that makes up 70% of the island. Turkey occupies northern Cyprus, in an area Turkey recognizes as the Turkish Republic of Northern Cyprus, making up the other 30%. The United Nations, however, does not formally recognize TRNC and considers it an occupied territory. 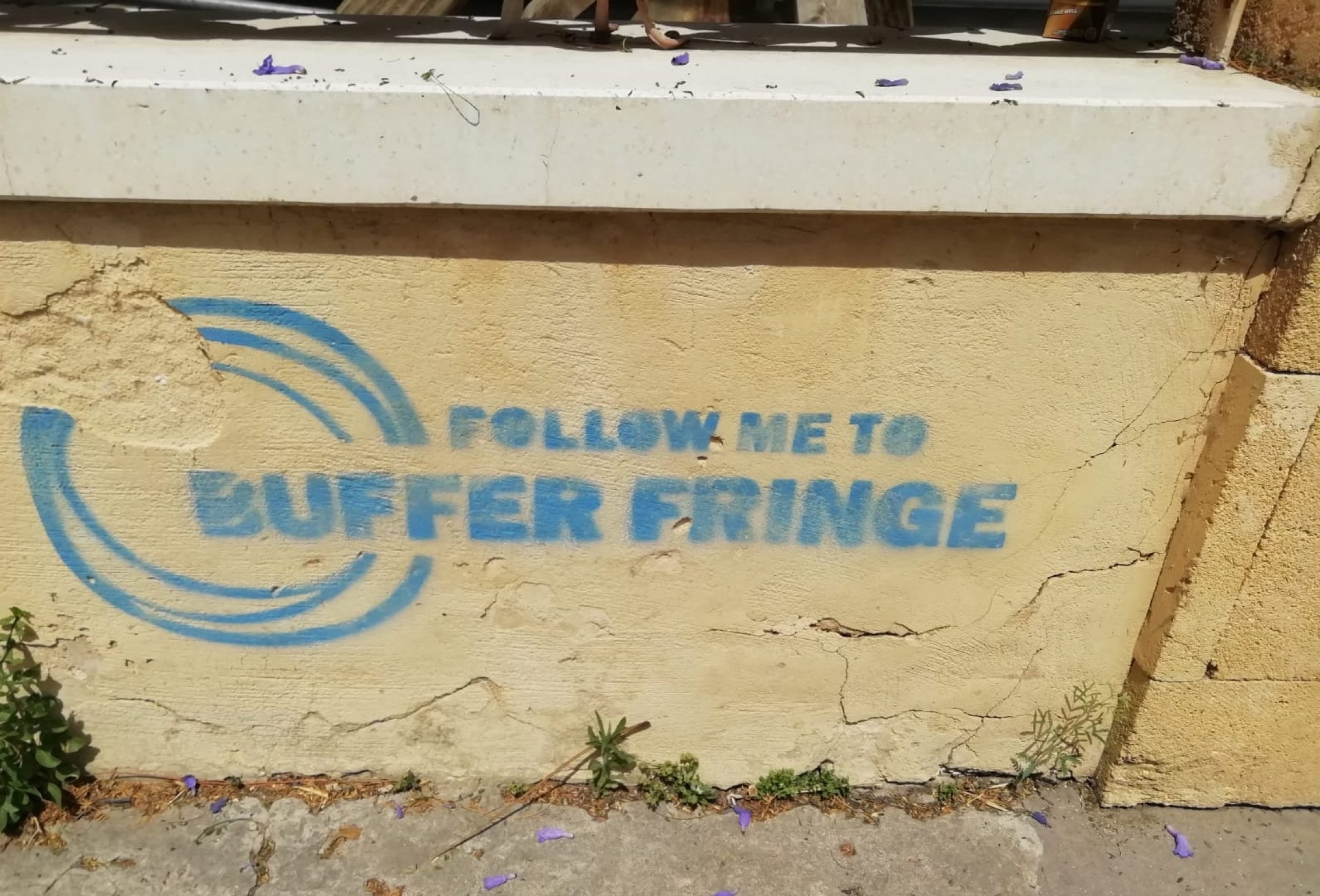 This graffitti is seen in the United Nations-designated buffer zone in Nicosia, an otherwise divided city.

But generations who grew up after the first 2003 checkpoint are more eager to find creative solutions to bridge the divide. Many of these changemakers work together at Home for Cooperation, where Colive is based, at the fringe of the United Nations-designated buffer zone.

"...olives, in particular, are an emblem of our culture, as well as being associated with the concept of peace worldwide.”

“Food has a central role in Cypriot culture. It brings people together, from small families to communities at large,” explains Hayriye Rüzgar, communications officer at Home for Cooperation. “For this reason, food should be regarded as a powerful peacebuilding tool in the context of Cyprus. And olives, in particular, are an emblem of our culture, as well as being associated with the concept of peace worldwide.”

Despite their associations with peace, olive groves have often been a source of conflict.

In 1974, Greece attempted a coup in the south but Cyprus managed to maintain sovereignty there. That same year, Turkey invaded the north, expelling about 165,000 Greek Cypriots living there to the south, according to United Nations Peacekeeping Force in Cyprus data. A year later, Cyprus forced about 45,000 Turkish Cypriots living in the south to migrate north, in a push to keep the two communities geographically divided.

The majority of the displaced left their houses and land behind, and as the years passed, most families abandoned their farms and olive groves. Over time, strangers from either side occupied the other’s olives — stoking resentment between the two groups. 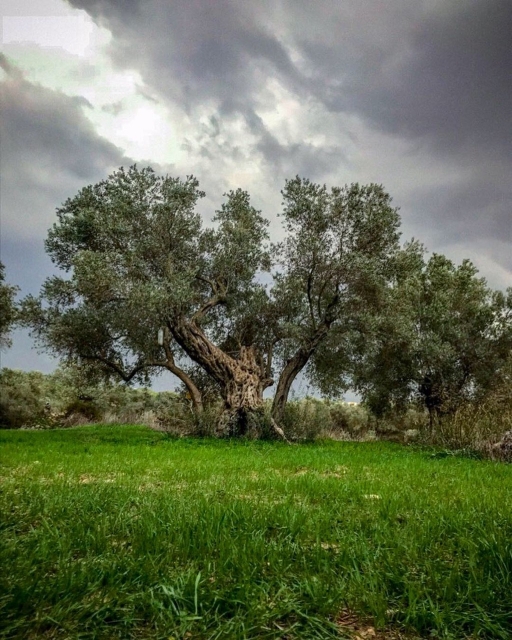 A 900-year-old Kypriaki or Kibrisli olive tree produces a unique olive shared by both Greek and Turkish Cypriot communities and is used mainly by families — rarely for commercial production. Colive is changing that.

Philippides and Siber identified olive farming as the key to reconciliation — and employment. Today, olive oil production suffers on both sides of the conflict: Both are dealing with economic pressures on small family farms, the impact of climate change, access to fresh water and high rates of farmland abandonment.

For the 2018 olive-picking season, Colive recruited an equal number of farmers from each side of the island to participate in peace efforts. Many were from rural areas where residents have had few bi-communal encounters compared to those who live in Nicosia. “It’s a first in 50 years, to see the taste of Cyprus, from north and south of the divide, bottled together in one, unified product,” Siber says, who doesn’t regret the months spent lobbying to get the required permissions to transport the olives by truck across checkpoints.

The chosen olive variety also carries symbolic meaning. The 900-year-old olive trees of Cyprus produce a unique kind of olive known as Kypriaki or Kibrisli (meaning "Cypriot" in Greek and Turkish, respectively). This olive is shared by both communities and used mainly by families — rarely for commercial production.

“Kypriaki is a difficult variety to exploit, but we made a point in using it because we believe it produces the rarest olive oil the world, whose secret recipe is shared by families of both ethnic groups, word-of-mouth,” Philippides said, who takes a whiff of the oil on the table.

Steven Stavrou, the co-founder of CyprusInno, a Cypriot community that brings entrepreneurs from both sides together, says local politics make it extremely difficult to register bi-communal businesses, and Colive Oil represents a first in this sense.

“[Entrepreneurship] is one of the best methods for promoting peace. Unification is estimated to increase the island’s GDP, employment opportunities and growth in various sectors,” Stavrou told The World. “A bi-communal team would speak three languages and have networks and access to both Turkish and European markets. Mixed ventures combine our strengths by letting us achieve more.” 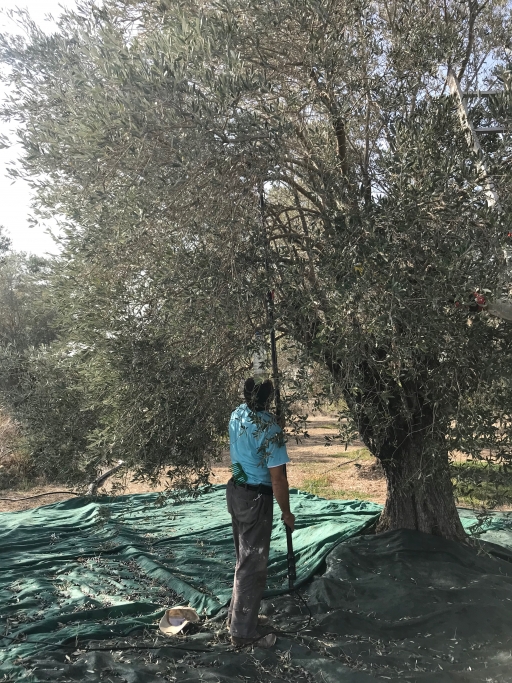 A man picks olives on the Colive olive farm.

Siber and Philippides hope to set an example for other like-minded entrepreneurs who want to build a stronger cooperative ecosystem in Cyprus. Their startup now works with an ever-expanding team in the buffer zone and abroad. They plan to recruit 40 farmers — 20 from each side — by next November.

“Cypriots are often not aware that they don’t have to wait for politicians to determine our united future. Collaboration should come before the conflict’s official resolution, not after it,” explains Cemre Berk, Colive’s marketing lead and active member of various bi-communal projects since 2007.

For now, Colive remains mostly an e-commerce venture, but a few of their oil bottles today can be spotted around the capital at selected restaurants and shops, and some chefs from each side of the divide have begun to use Colive’s oil for their recipes. Last summer, the Powerhouse Restaurant in Nicosia’s old city center hosted chefs from Border Kitchen, a pop-up project to promote food and unity, who used Colive oil as the common seasoning for iconic Turkish and Greek dishes.

“We wanted to show what each one of us, as an average citizen, can do to tackle peace in times of hatred,” said Androniki Psarias, founder of Border Kitchen. “Many people at the end of the night exchanged numbers and bought the oil, even those who never experienced bi-communal initiatives before. It proves that sharing food and chatting at the same table can help overcome barriers [and] build genuine friendships,” she said.

Siber believes their captivating design and compelling story will help them find a niche in the Mediterranean food market. “Customers so far are mainly Cypriot expats abroad, longing for the taste of home and a peaceful future,” he adds.