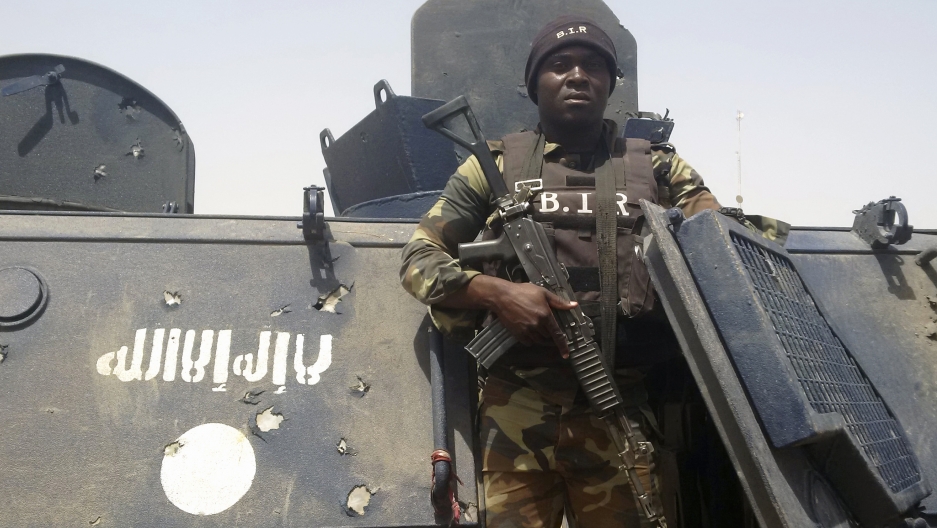 Turmoil continues to grip the central African nation of Cameroon.

Citizens face threats from multiple insurgencies, including Boko Haram, a Nigerian extremist group who have increased their attacks on civilians in Cameroon. Cameroon borders Nigeria, where Boko Haram was established in 2015, and the Central African Republic, where the group has also had an active presence.

At the same time, separatist groups in two English-speaking regions in the western part of Cameroon are in revolt against the French-speaking government, rendering some areas of the country ungovernable.

A secessionist movement turned violent in 2017 after the government cracked down on peaceful protests by teachers and lawyers in the English-speaking northwest and southwest. Cameroon has since experienced near-daily clashes between mostly French-speaking government forces and armed separatist groups.

It's all led to unusual migration patterns and the number of Cameroonian migrants has increased at the US-Mexico border.

Former United Kingdom Foreign Secretary David Miliband has just returned from Cameroon and Chad, where he’s been looking at the humanitarian crisis sparked by the multiple insurgencies. Miliband heads the International Rescue Committee and spoke to The World's host Marco Werman about what he saw in Cameroon while working with the agency.

"They talked about utter desolation, about places that are now uninhabitable but also about a conflict that is growing and more people [are] fleeing," Milliband says. "That speaks to the very difficult civilian, military and diplomatic situation in the north of Cameroon and in the neighboring countries around Lake Chad itself."

Marco Werman: Did you meet one family or one person whose story really struck you, that crystallized what's going on there?

David Milliband: What comes to mind is four community workers that we have employed. They're there [in the far north of Cameroon] to promote hygiene to fight cholera effectively in the [Igawa] camp. There was just a vacancy in their eyes when I talked to them about what they had left behind. These were farmers. They talked about the utter desolation that came with the violence. They talked about the people that they had lost. They had to, in very difficult conditions, ensure that there wasn't a public health outbreak of a cholera base. When I talked to them about whether they'd ever go back, there was an utter loss. There was no confidence that either national authorities or international authorities would be able to offer hope and the only thing that they could live for was their own work and also the opportunities that might exist or that might conceivably exist in the future for their children — who were going to a local school.

Does that suggest this violence is just going to continue?

Well, I think that there is a real danger of a metastasizing of the conflict. We know that the armed opposition groups are splitting. We know that they are becoming increasingly violent. We know that in some cases they are connecting up. Obviously, the International Rescue Committee is a humanitarian organization; we're treating the symptoms of the crisis, not the roots of it, but we live within a political situation where you reach a point where there's so much bloodshed that it becomes harder and harder to patch things together again. I think that this is something where there's a grave hole in the international response — both at the humanitarian level and at the political-diplomatic level.

As if Boko Haram wasn't enough, Cameroon is also dealing with a separatist crisis in its English-speaking regions. What did you see on that?

Yes, you've got 1,600 people killed in, exactly as you describe it, a clash between separatists and the armed forces of the Cameroonian government. Someone, one of our own workers, said something very very interesting to me. She said that 20 or 30 years ago, more power for the Anglophone region was the demand. Then the demand became federalism. Then the demand became separatism. You see that when needs are not met and when injustices are not tended to, there is radicalization and there's an out-flanking. The great danger is that we reach a point of no return. When you read the reports or hear the reports of people having their hands chopped off — when you know literally that their hands and fingers were chopped off — and when you know that 1,600 people have lost their lives, you worry about the stability of the country because untended humanitarian crises lead to political instability.

We are also seeing more and more reports of Cameroonians fleeing their country and ending up on the US-Mexico border, many unable to cross now with this US metering policy. How much do you attribute that migration to the violent pressure going on back home with Boko Haram and the separatist crisis back in Cameroon?

The fact that there has been a massive cut in the number of refugees being resettled and given asylum in the US and by the US government — President [Donald] Trump has cut the number of refugees from 90,000 to 22,000 — that cuts off a legal route to hope for people. I had people in Cameroon asking what's happened to refugee resettlement in America and all I could tell them was that the government has reduced by three quarters the number of slots that are available. The second thing that then happens is that desperate people take desperate measures. What I would say is that those people have a right to have their asylum claims dealt with in an efficient and fair way. If you are in fear of your life in Cameroon, you should be because your families had been attacked by separatists or by the government, you need to have your case properly dealt with. That speaks to the need for the US to run a fair, efficient and humane asylum processing system.