The Beetle was born in the 1930s out of dictator Adolf Hitler's desire to produce a cheap "people's car" for the German family. After World War II it sold in the tens of millions around the globe and in the 1960s even starred in a Disney movie as Herbie the "Love Bug." 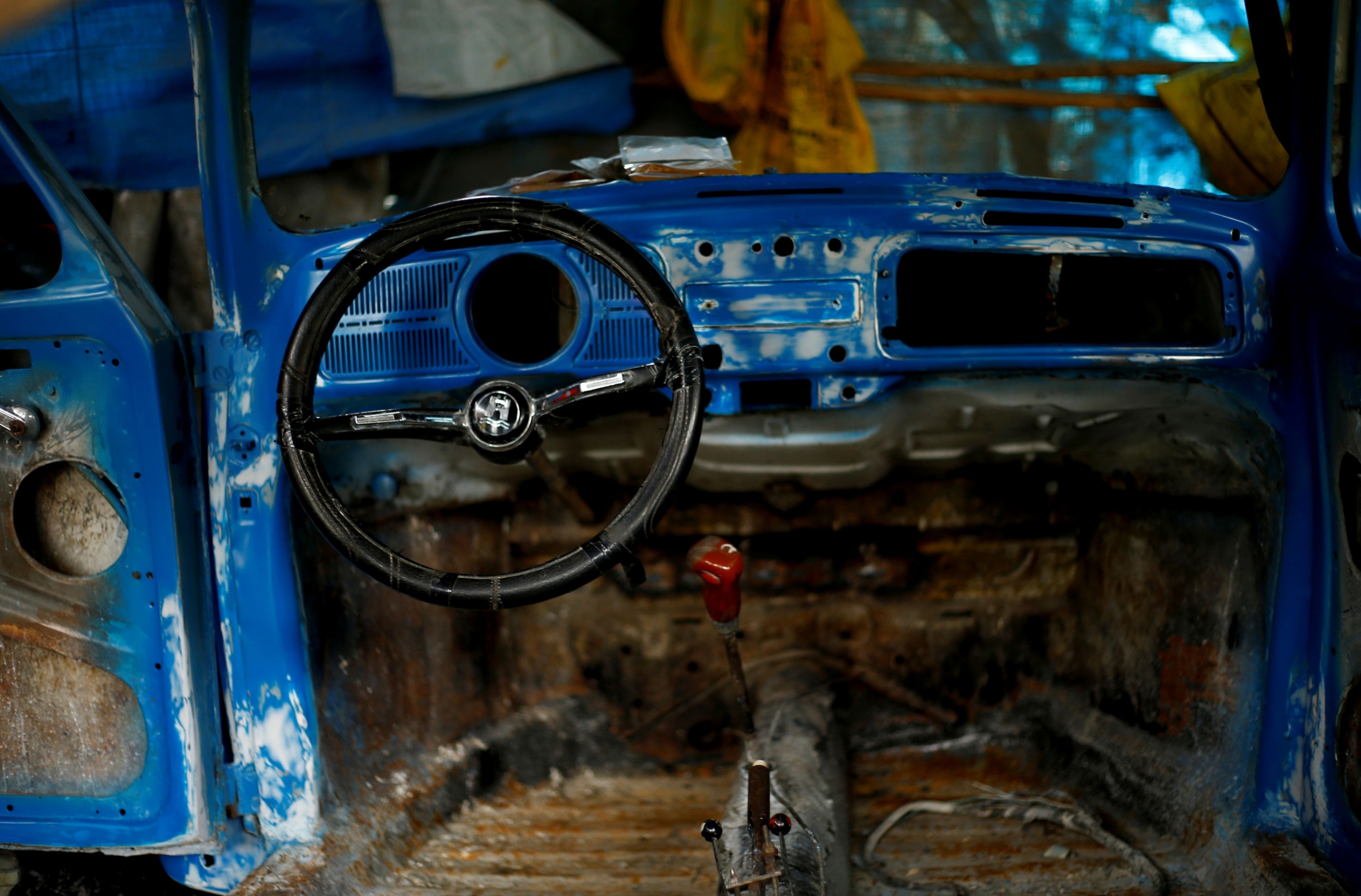 The interior of a Volkswagen Beetle car is seen at a garage in Addis Ababa, Ethiopia.

Production of the original version of the curvy little vehicles ended in 2003. And Wednesday, Volkswagen will halt production of the last version of its revised Beetle model at its plant in Puebla, Mexico. The vehicle has symbolized many things over a history spanning eight decades since 1938.

In Ethiopia authentic spare parts of the original Beetle model are hard to come by. So mechanics there have to "slaughter" some cars to keep others alive.

"If one is in a bad condition, we will cannibalise it and give its parts to other cars. That is how we extend their life," said Kinfe, the 74-year-old garage-owner who has been working on Beetles for six decades. 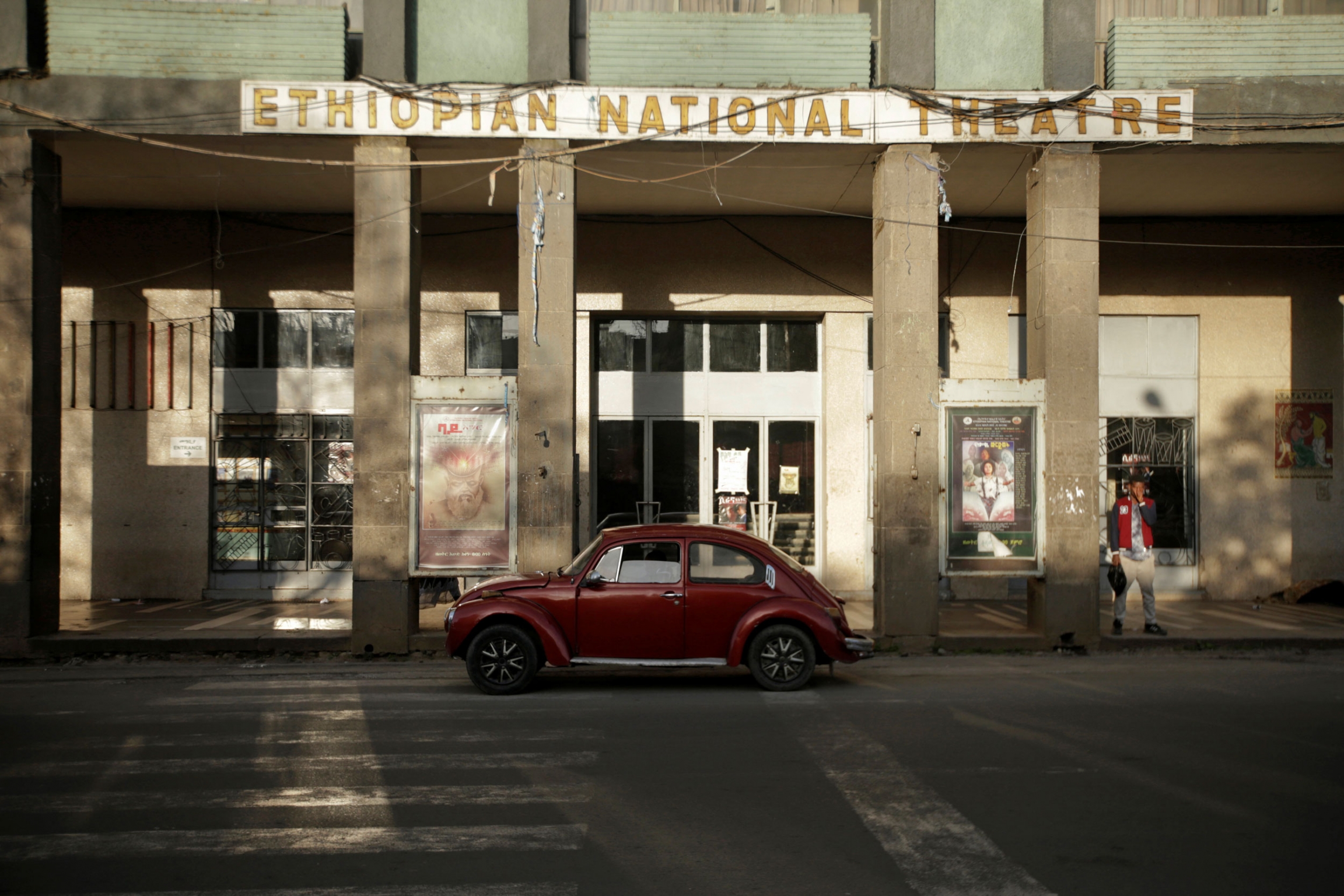 A 1978 model Volkswagen Beetle is parked in front of the Ethiopian National Theatre in Addis Ababa, Ethiopia.

"The Volkswagen Beetle is a servant car for lower income people. They never fail you — they take you anywhere and have excellent functionality," he said. 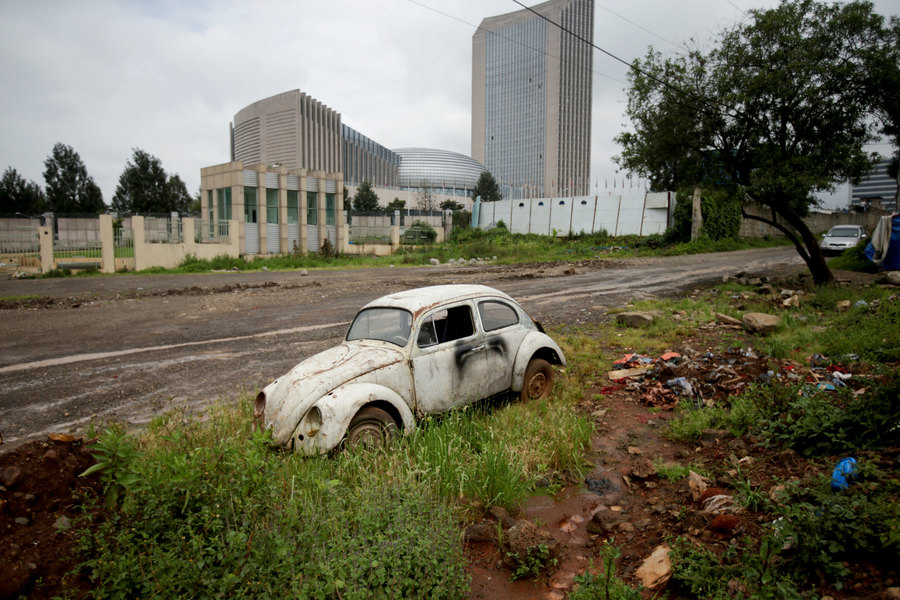 A Volkswagen Beetle car is abandoned near the African Union headquarters in Addis Ababa, Ethiopia.

"I wish the Germans had continued producing them. They abandoned them and things started falling apart."

"They are lovely cars," said Teferi Markos, a mechanic in Kinfe's garage. "You get satisfied when you fix them. If you want to change the colour, they absorb any paint."

About 8,000 commercial and other vehicles are assembled in Ethiopia for the home market, about a quarter of them cars. The numbers of expensive imported models on the roads is also rising as a new middle class emerges. 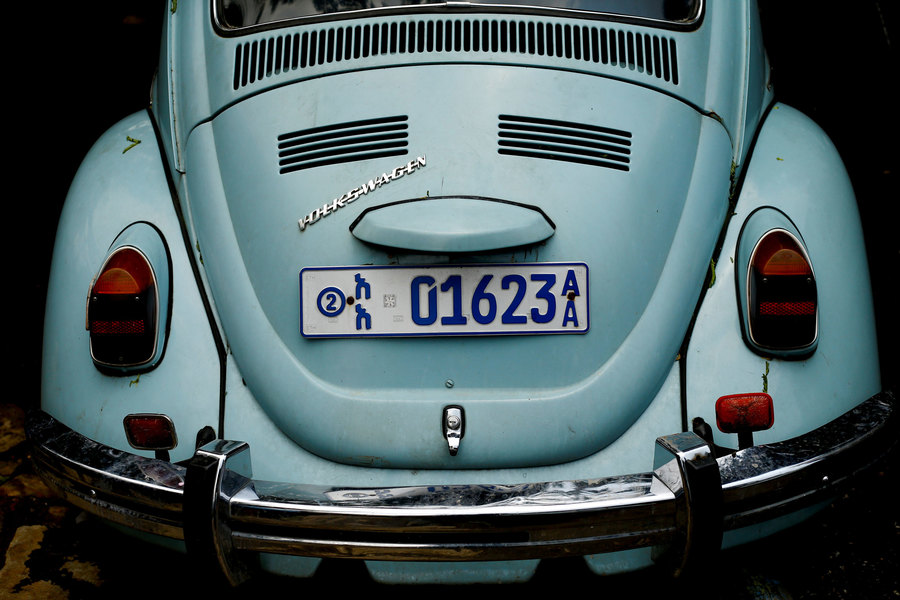 A Volkswagen Beetle car is seen under maintenance at a garage in Addis Ababa, Ethiopia.

But the pint-sized Beetle still has a loyal fanbase. Some young Ethiopians find it trendy, while for other drivers it is soaked with nostalgia.

"My brother-in-law owned a Beetle and I learned to drive with it when I was a young student," said Workineh Kebede, 41, a businessman in the capital.

"I like them because they are so easy to drive. So I bought it because of my love for them since that time. It is not for economic reasons - I could afford to buy other cars." 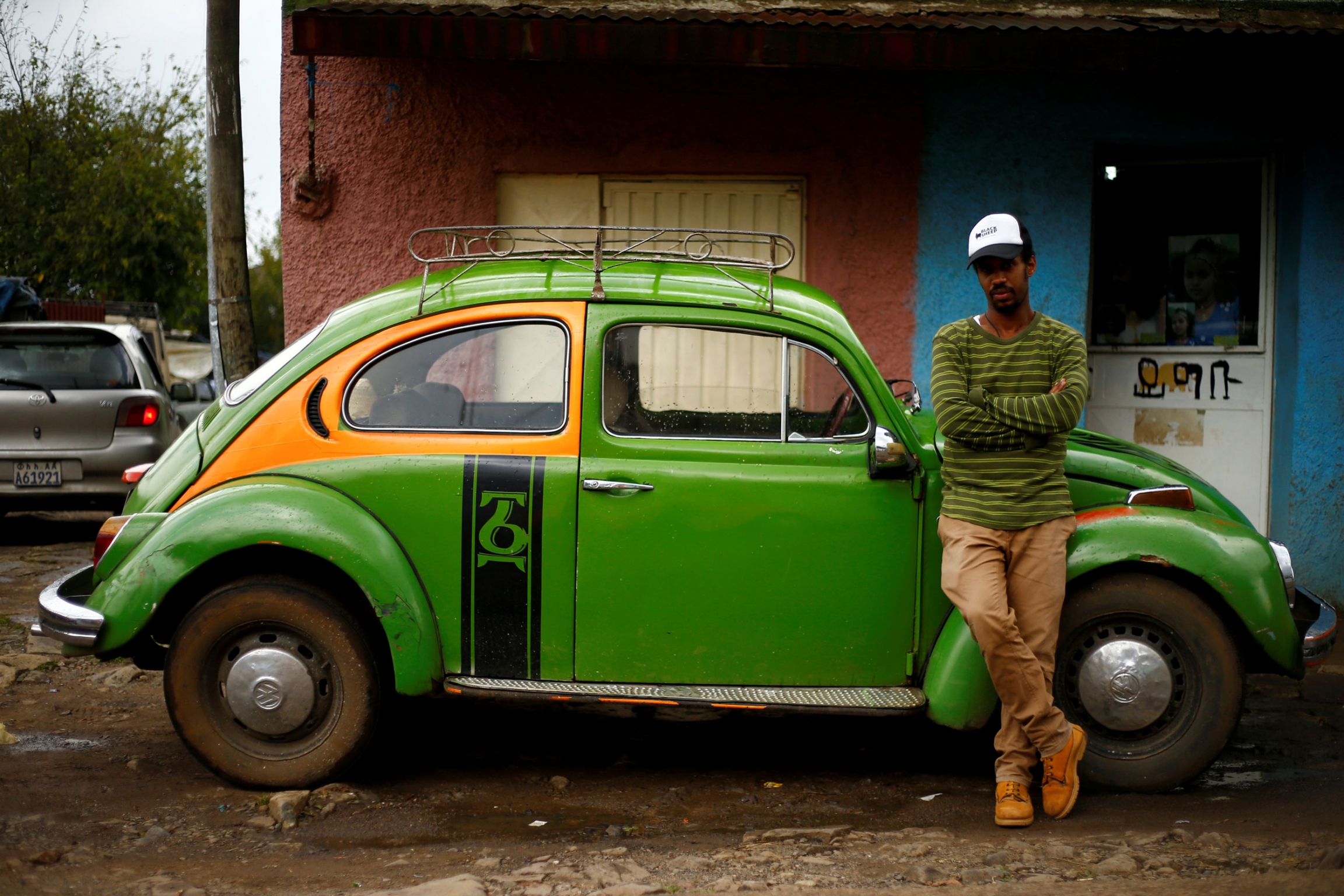 Market stall worker, Minilik Shewaferaw, 30, poses for a photograph next to his 1976 model Volkswagen Beetle in Addis Ababa, Ethiopia. 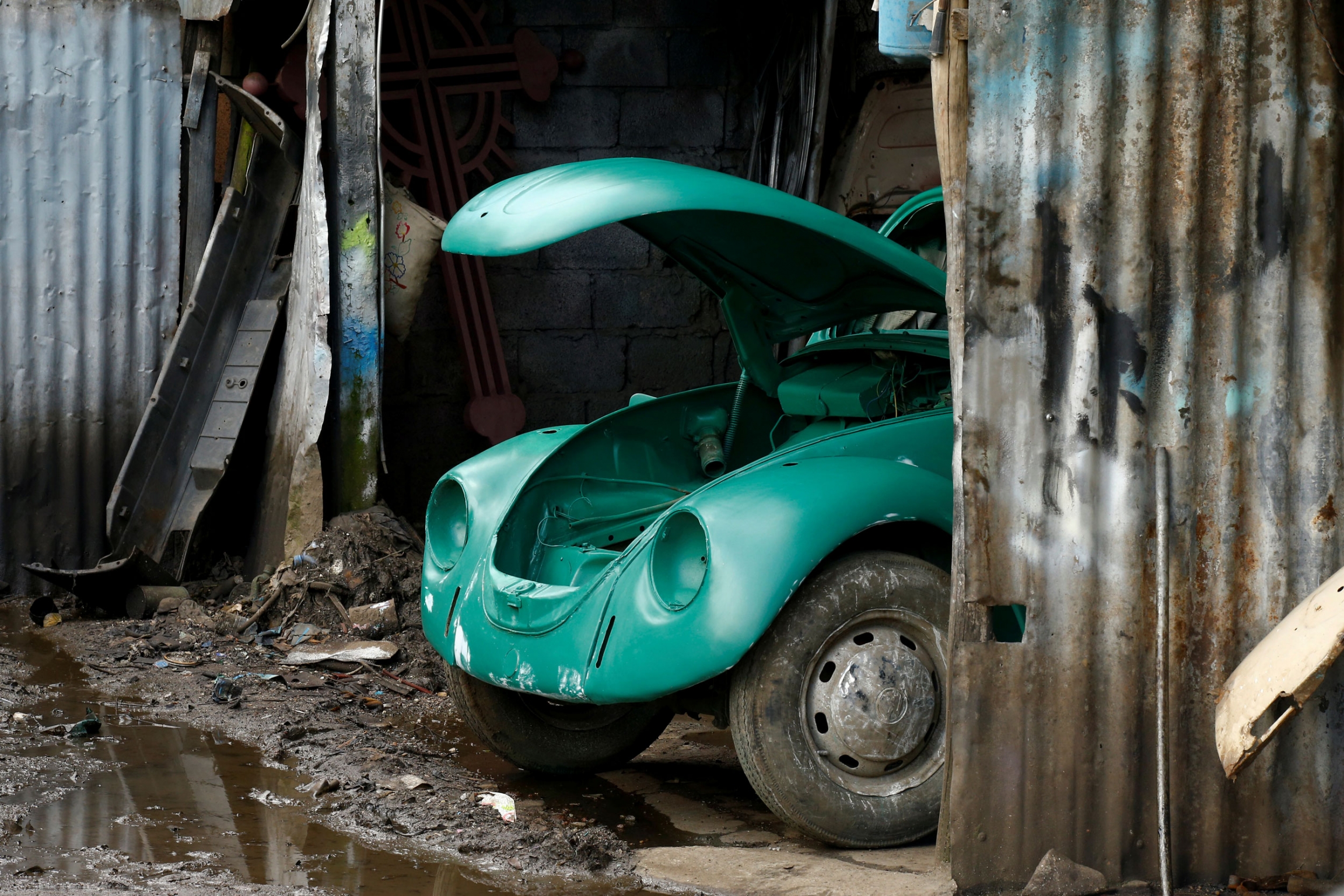 A Volkswagen Beetle car is seen inside a painting room at a garage in Addis Ababa, Ethiopia. 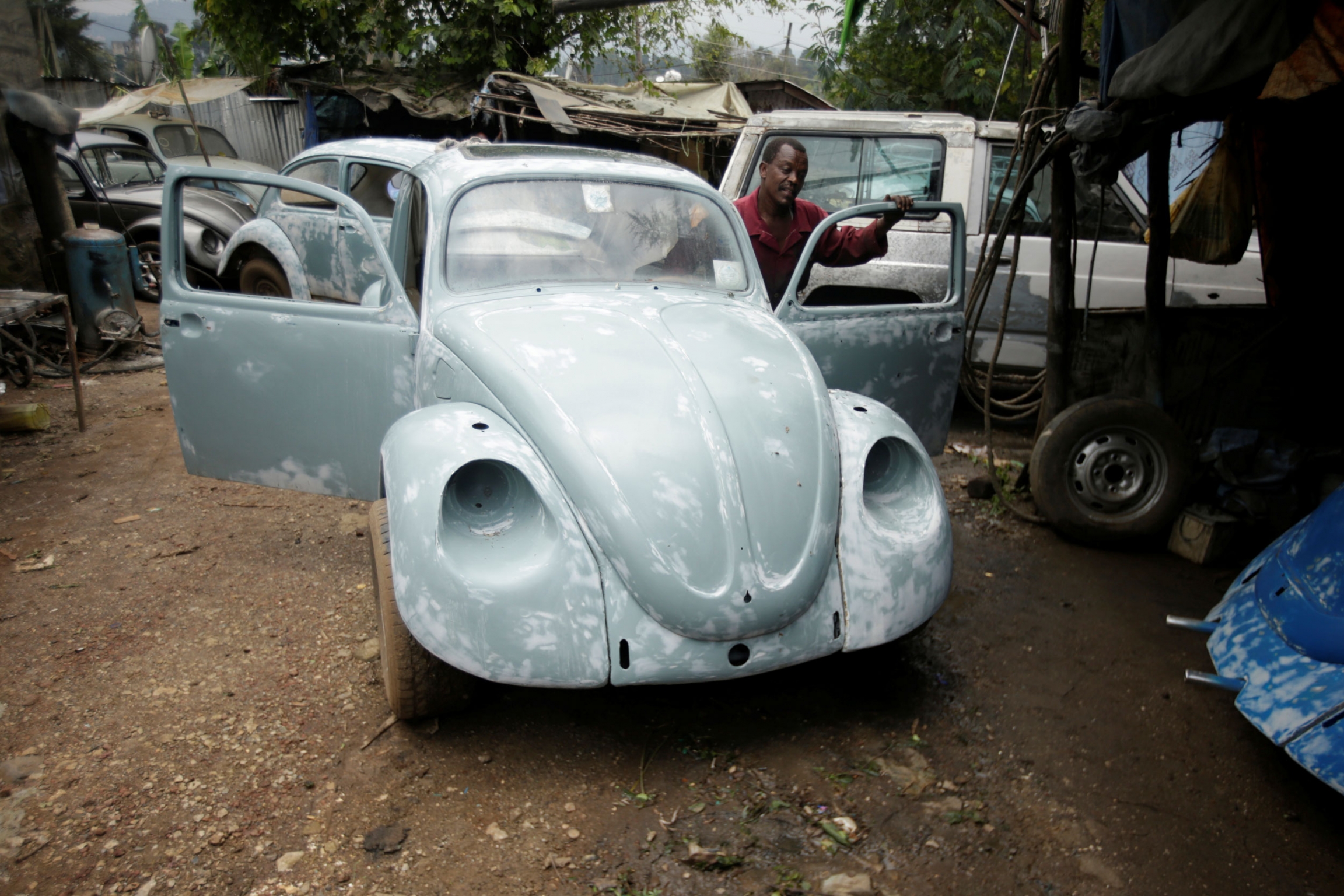 A mechanic pushes a Volkswagen Beetle inside a garage in Addis Ababa, Ethiopia. 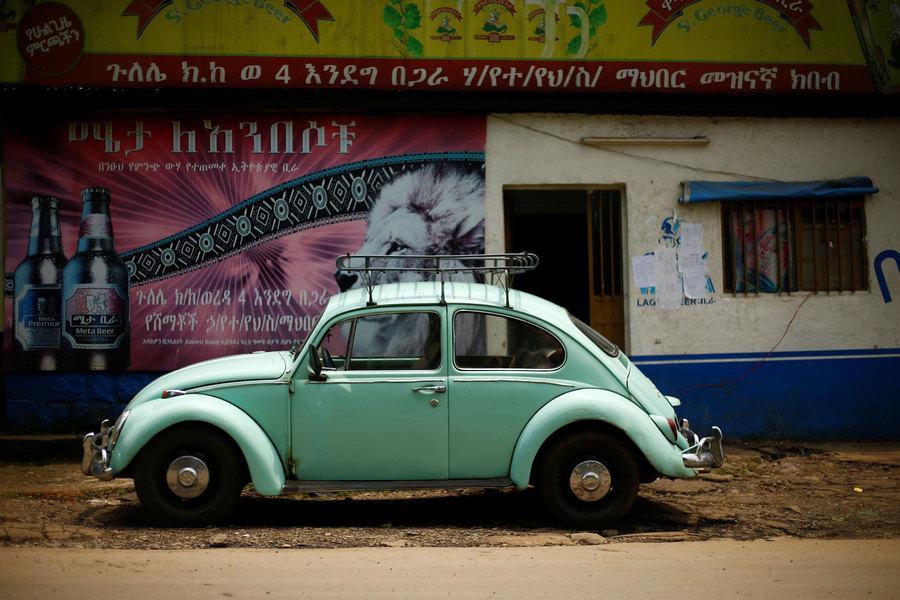 A Volkswagen Beetle is parked in front of a grocery store in Addis Ababa, Ethiopia.

This story was originally published by Reuters in 2017.