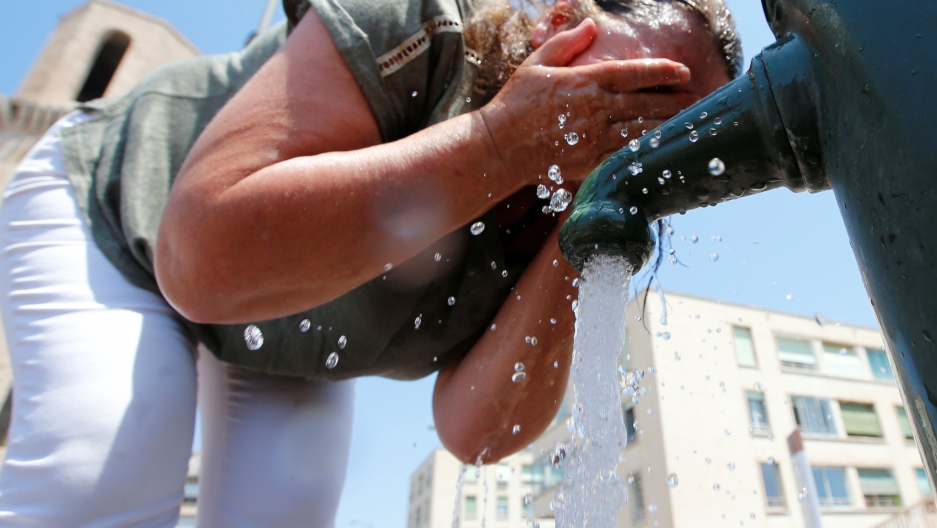 A woman cools off in a water fountain in Marseille as a heat wave hits much of the country, France, June 28, 2019.

Some of Europe is cooling down from a record-breaking heat wave, while other places have seen the mercury creep back up.

Unprecedented high temperatures have led to recent school closures, wildfires, and in some cases, death. In France, where temperatures were well above 100 degrees Fahrenheit this week, people were on alert.

In Paris, authorities imposed a temporary ban on older cars to counter heat-related pollution. Some 25 out of around 90 French administrative departments restricted water use.

Related: Next UN Climate Summit to push world to do more faster

Meteorologists say a weakening of the high-level jet stream is increasingly causing weather systems to stall and leading summer temperatures to soar. Five of Europe's hottest summers in the last 500 years have happened in this century.

In Toulouse, charities were handing out water to homeless people who were particularly vulnerable.

Also in Toulouse last week, there was a meeting of the World Weather Attribution Group. They study the connection between climate change and extreme weather.

The World's Marco Werman sat down to speak with Geert Jan van Oldenborgh, a senior researcher at the Royal Netherlands Meteorological Institute who attended the World Weather meeting and used the heat wave outside as a real-time example of how climate change impacts the weather. 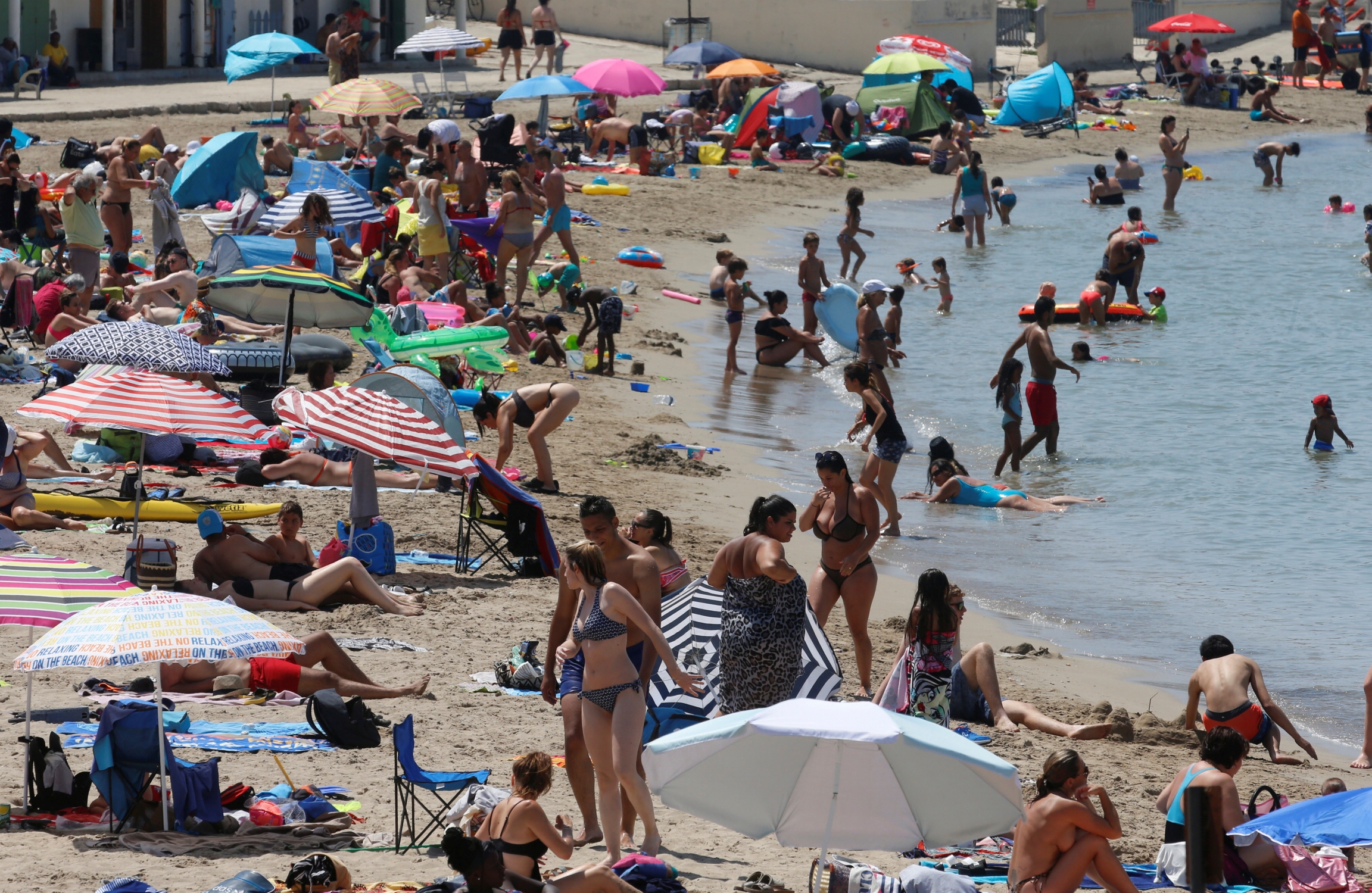 People cool off in the sea in Marseille as a heat wave hits much of the country, France, June 28, 2019.

Marco Werman: When this heat wave hit Europe last week, you and many of your colleagues happened to be at this conference in Toulouse. What was the conference all about?

Geert Jan van Oldenborgh: It was a conference on statistical climatology, and so all the people that studied the relationship between extreme weather and climate were there discussing their latest findings. And we just happened to be there in the middle of a heat wave.

So, you were talking about climate change and then this heat wave hit?

It was even worse than that. A few months ago, I had proposed to give a talk there about how to connect heat waves to climate change. And I could just refer to the weather outside during my talk.

Was this all everyone at the conference was talking about?

Not all, but of course yes, it was a topic of conversation. And while all my colleagues were there we decided to do an attribution of the heat wave i.e. try to compute how [much] more likely it had become due to climate change.

So, you're at the conference, sitting there with your colleagues and everyone's looking at their smartphones checking up on the weather. You look outside and suddenly someone says "Let's do this study!"?

Actually, on the first day, we just met each other and I said, well, we have to do this. And they agreed. So, we were listening to the talks, and [during] the [evening] breaks, we were working on our laptops extracting the data, looking at the forecast and trying to make sense of it.

Tell us what some of the findings were from the study.

Well, the most surprising finding was that for the month of June, heat waves in that part of France have come up in temperature by about 7 degrees Fahrenheit. And that is rather a lot. And we checked it and double checked it. But it seemed to be a real signal.

Why was there so much heat? I mean, are you able to account for this moment?

How surprised were you and your colleagues by these results?

Most of the world's heat waves are getting more intense. The globe is warming due to greenhouse gases, so why wouldn't heat waves be warming? What is surprising is the rate of increase in heat waves, [which is] much faster than we expected.

How hard is it to raise the alarm about the heat when it's not really as visual as wildfires or a flood? Unless you're looking at pictures of a morgue — as we did with the big heat wave in 2003.

I think that after 2003, the message did come across. Other European countries now have heat plans and they try to protect vulnerable people. But, you're right. If a flood would kill people, it would be front page news. If a heat wave kills a hundred people, you only find out about it a few weeks later — and nobody notices, really. And that's strange.

Do you think this is the new normal — 100 hundred plus degrees in late June and areas throughout Europe?

If you look back at the last few years, almost every year there's been a big heat wave somewhere in Europe and it will only get worse as long as we keep on emitting CO2. 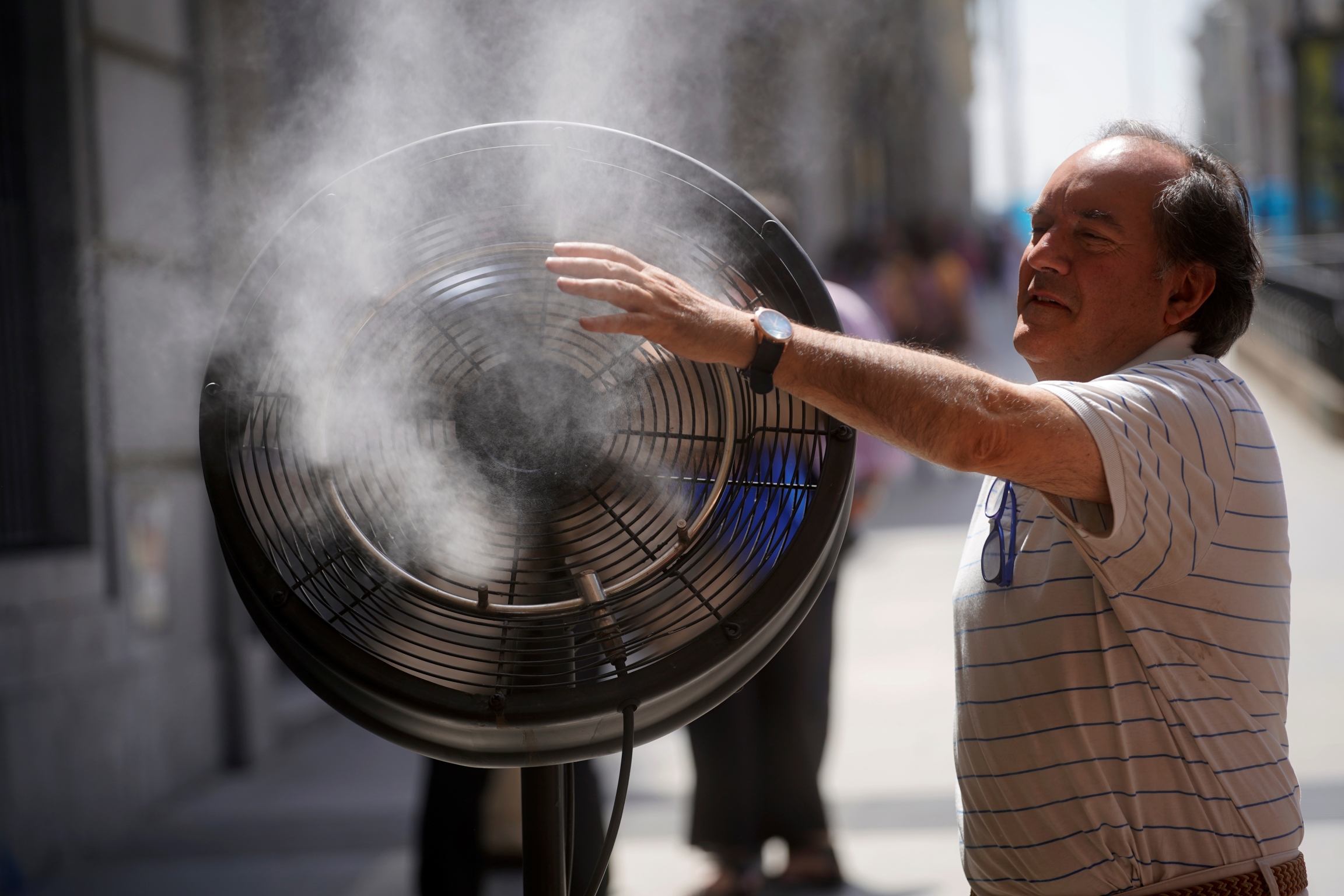