Hundreds of thousands of tourists scattered across the north Chilean desert on Tuesday to experience a rare, and irresistible combination for astronomy buffs: a total eclipse of the sun viewed from beneath the world's clearest skies.

A solar eclipse occurs when the moon passes between the Earth and the sun, plunging the planet into darkness. It happens only rarely in any given spot across the globe. 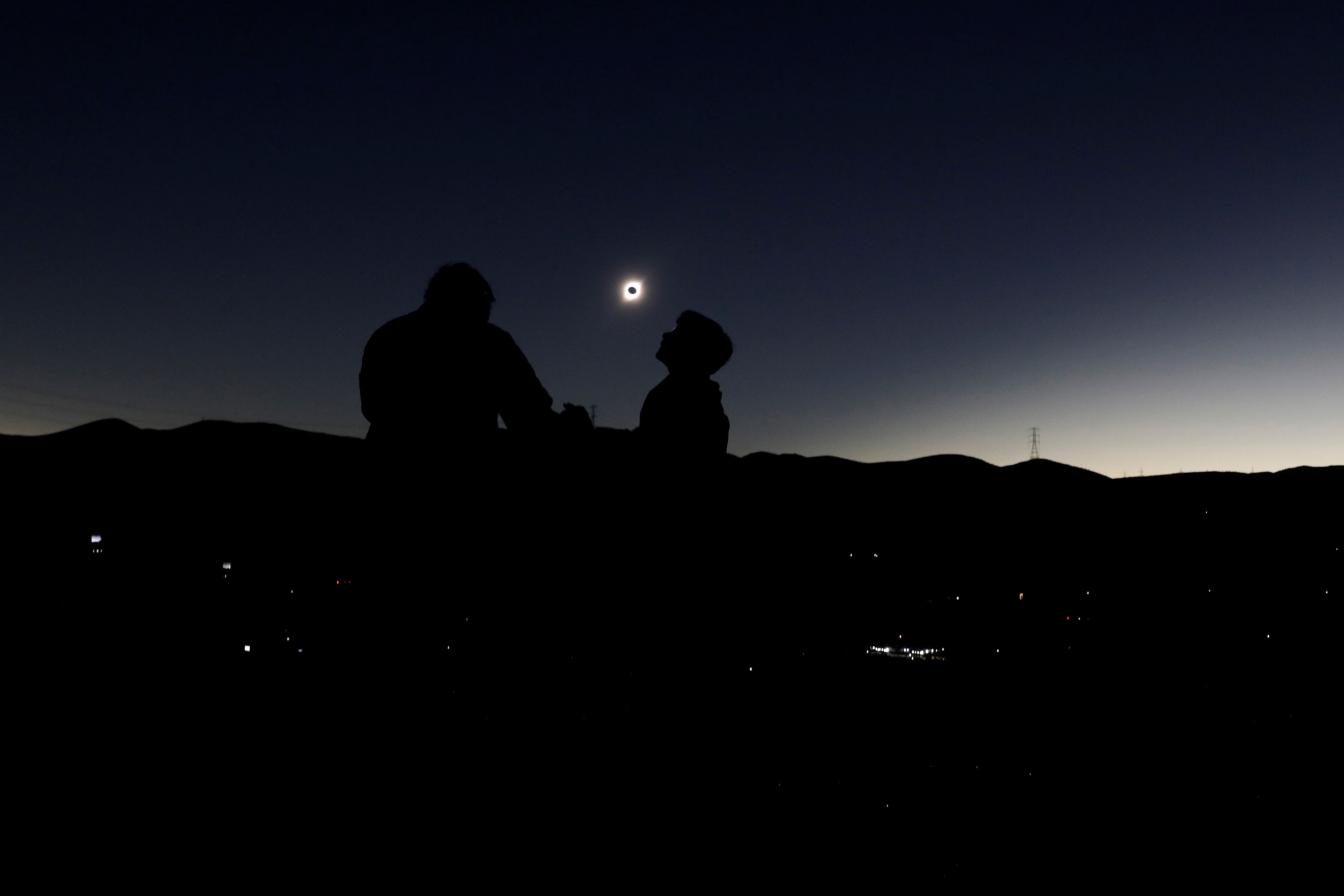 The best views this time were from Chile's sprawling Atacama desert north of the coastal city of La Serena, where a lack of humidity and city lights combine to create the world's clearest skies.

The region had not seen an eclipse since 1592, according to the Chilean Astronomy Society. The next one is expected in 2165.

Together with parts of Argentina and New Zealand, northern Chile is one of the few places in the world that was directly facing the sun when the moon passed in front of the earth, blocking its light completely and darkening skies for several minutes. 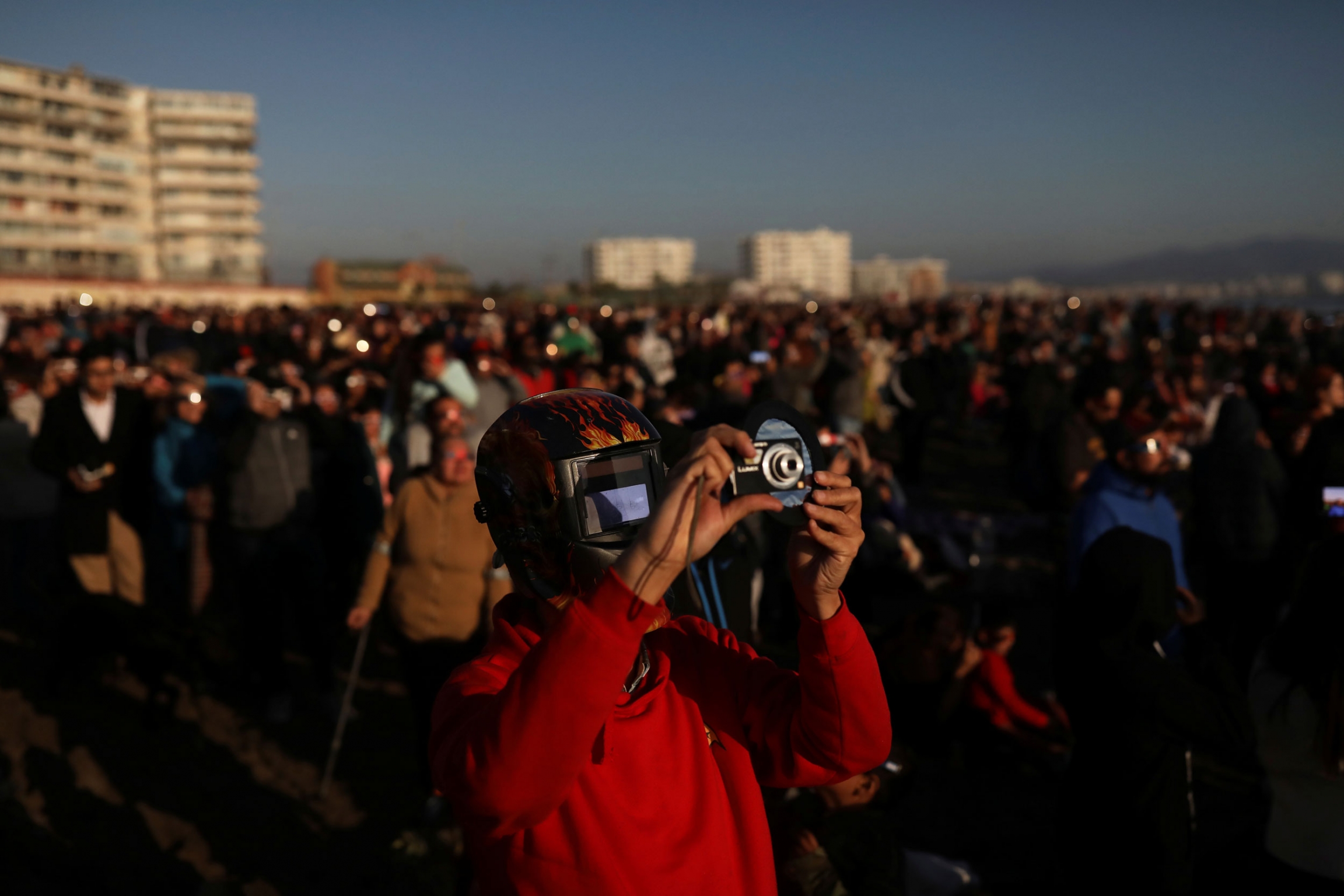 A man wears a mask to observe a solar eclipse at La Serena, Chile.

Chile prides itself on being an astronomer's paradise, home to dozens of telescopes and ambitious studies at its observatories. Though the massive telescopes were not operating during the event because their instrumentation is too sensitive.

But the eclipse had many scientists preparing a rare opportunity to study the event during a low-activity period in the solar cycle when it was clearer out than usual, offering observers a chance to see more nuance without the normal flares and other clutter that emanates. 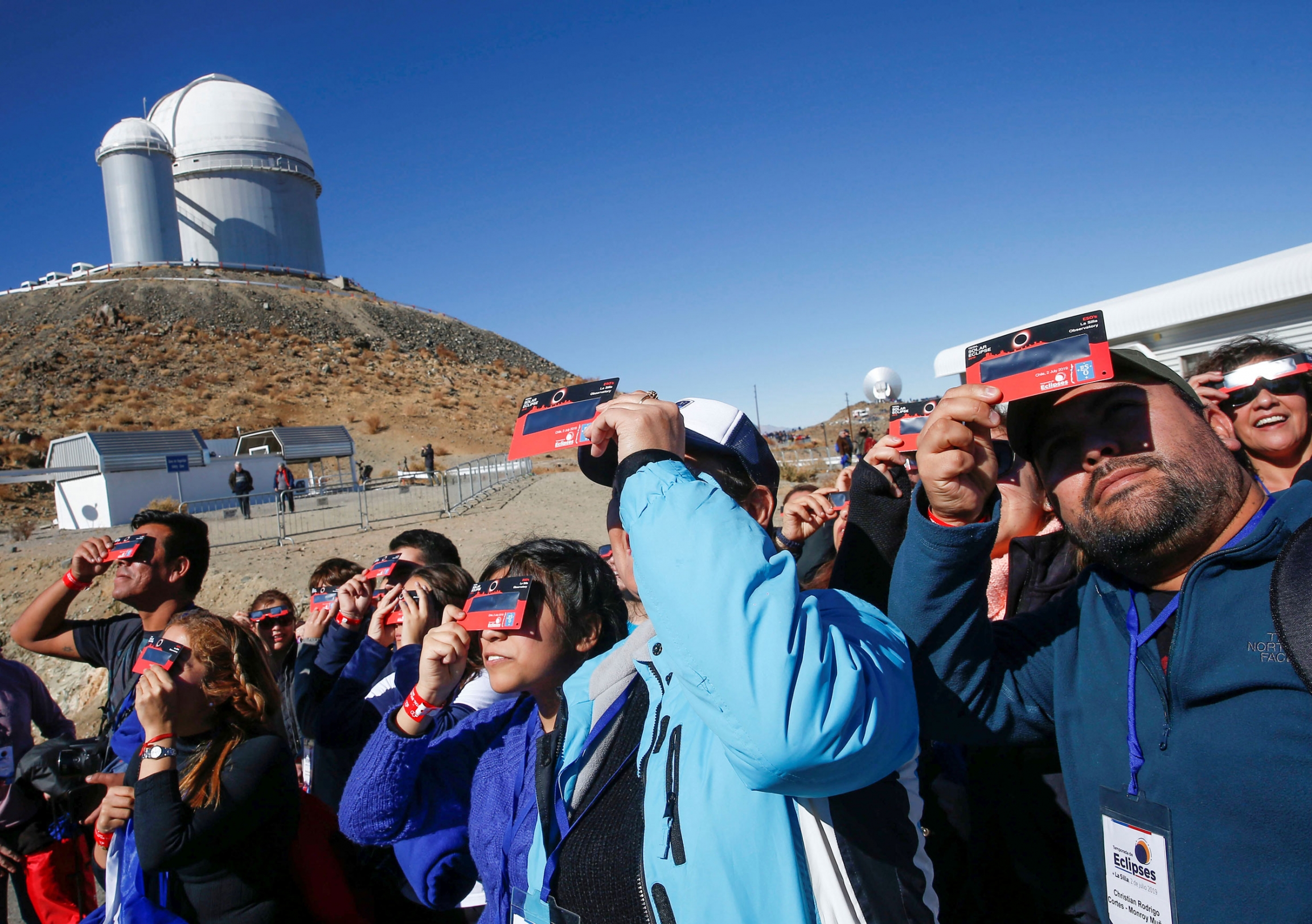 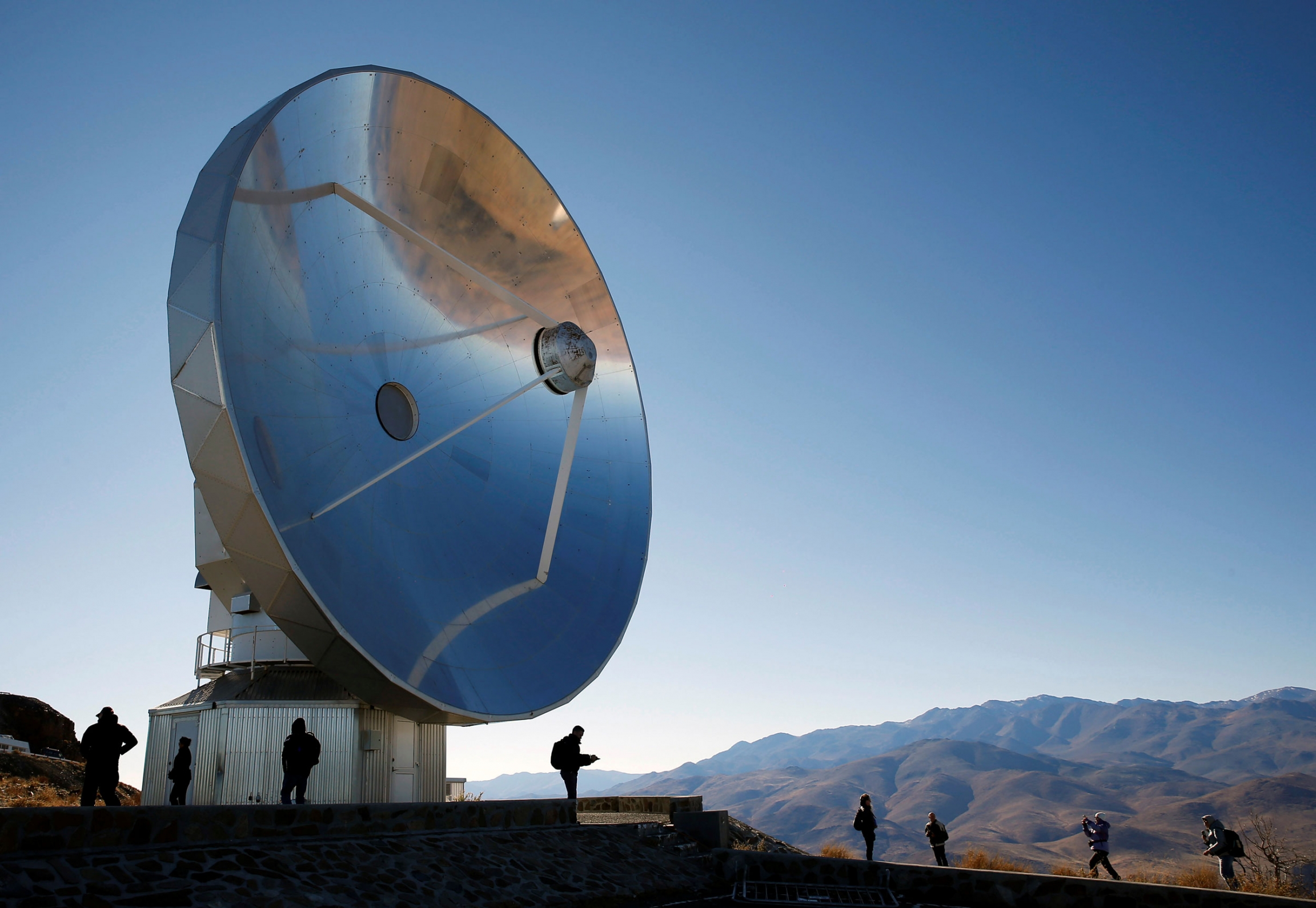 People await the the solar eclipse in La Silla ESO.

"It's a unique occasion," Chilean astronomer Ivo Saviane told Reuters from the La Silla Observatory that he manages. "For everyone, whether from Chile or abroad, it's exciting." 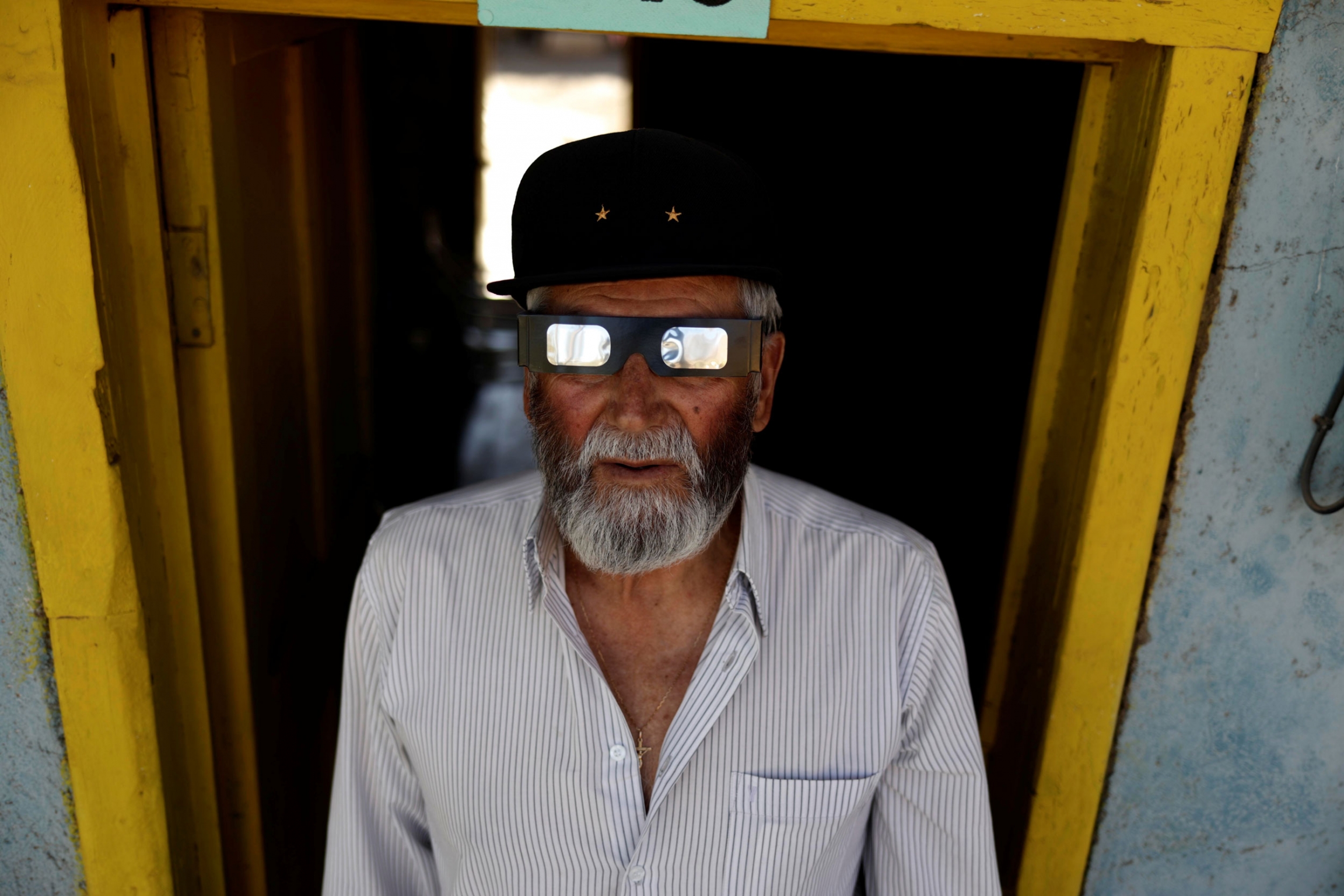 A man tests special glasses for the total solar eclipse in Incahuasi, Chile, on July 1, 2019.

Total solar eclipses occur at any specific location on average every 360 years, according to the European Southern Observatory.

Chilean President Sebastián Piñera is one of 150 "VIPs" with tickets to watch the eclipse at La Silla. Piñera has touted the eclipse as among the most important events in Chile this year. 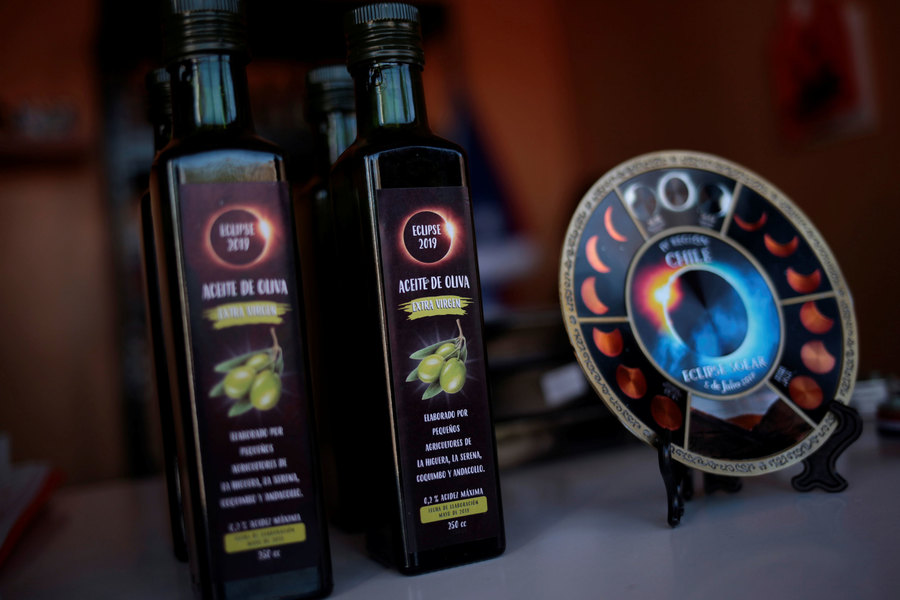 Solar eclipse souvenir bottles of olive oil are for sale in a store in Incahuasi, Chile. 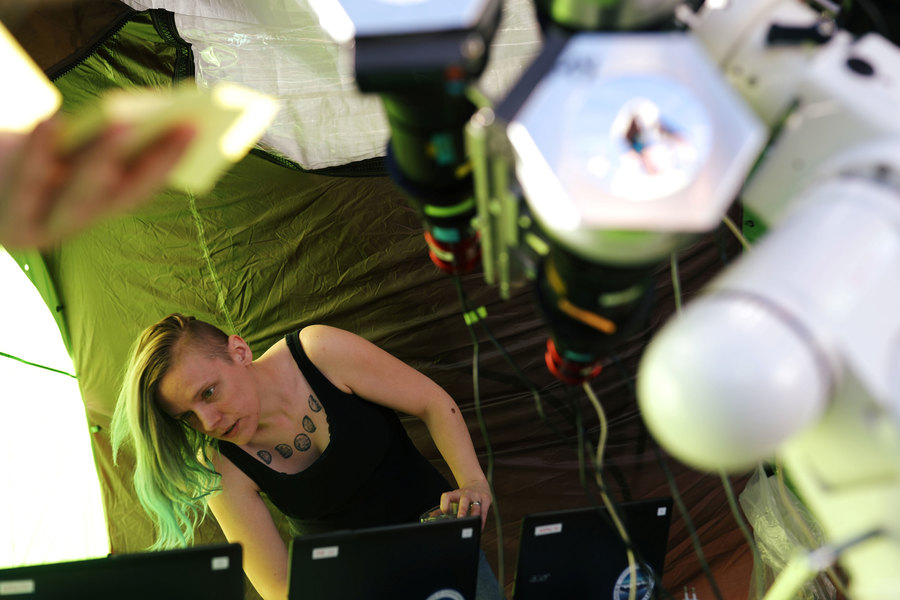 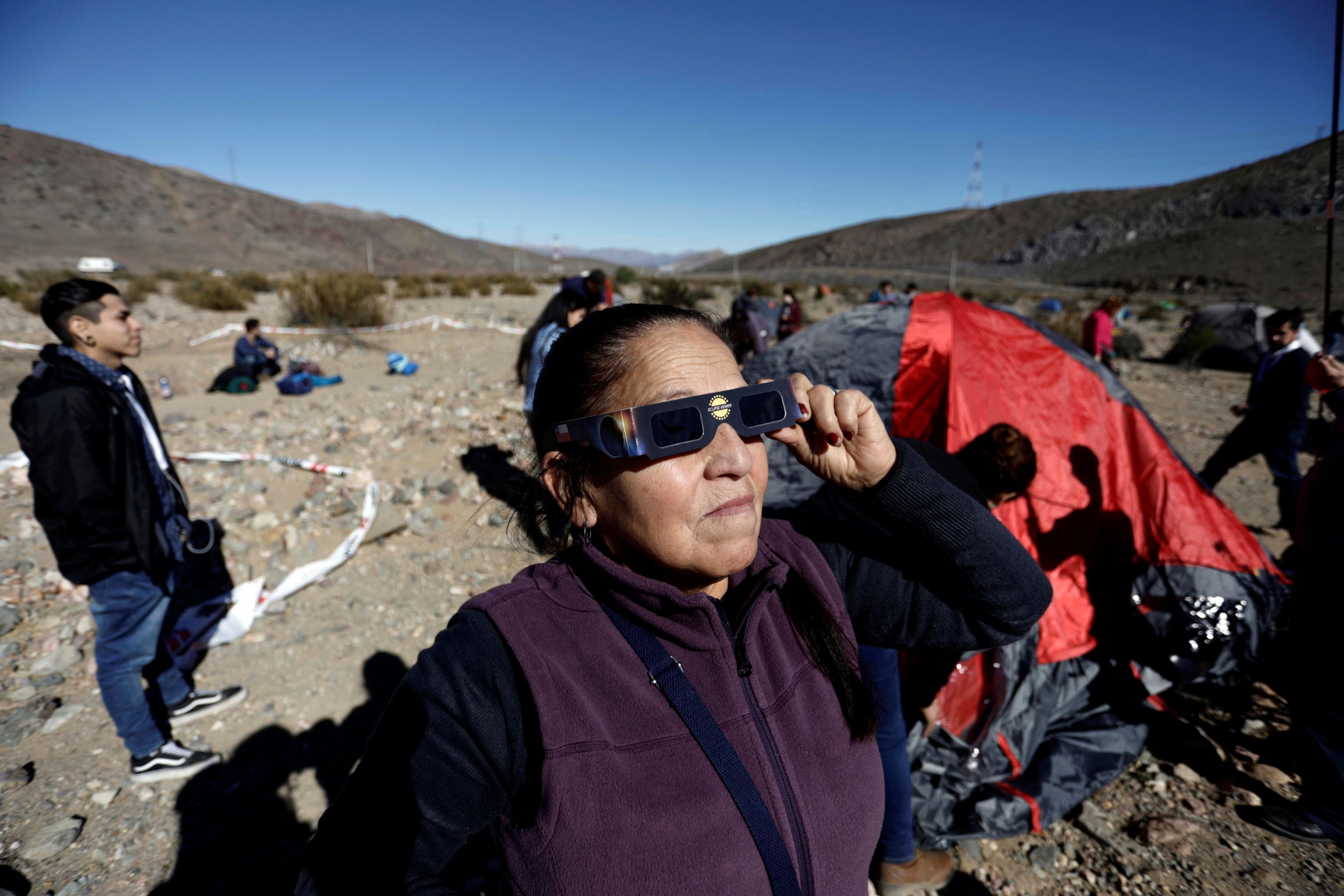 A woman tests special glasses for the total solar eclipse in Incahuasi, Chile. 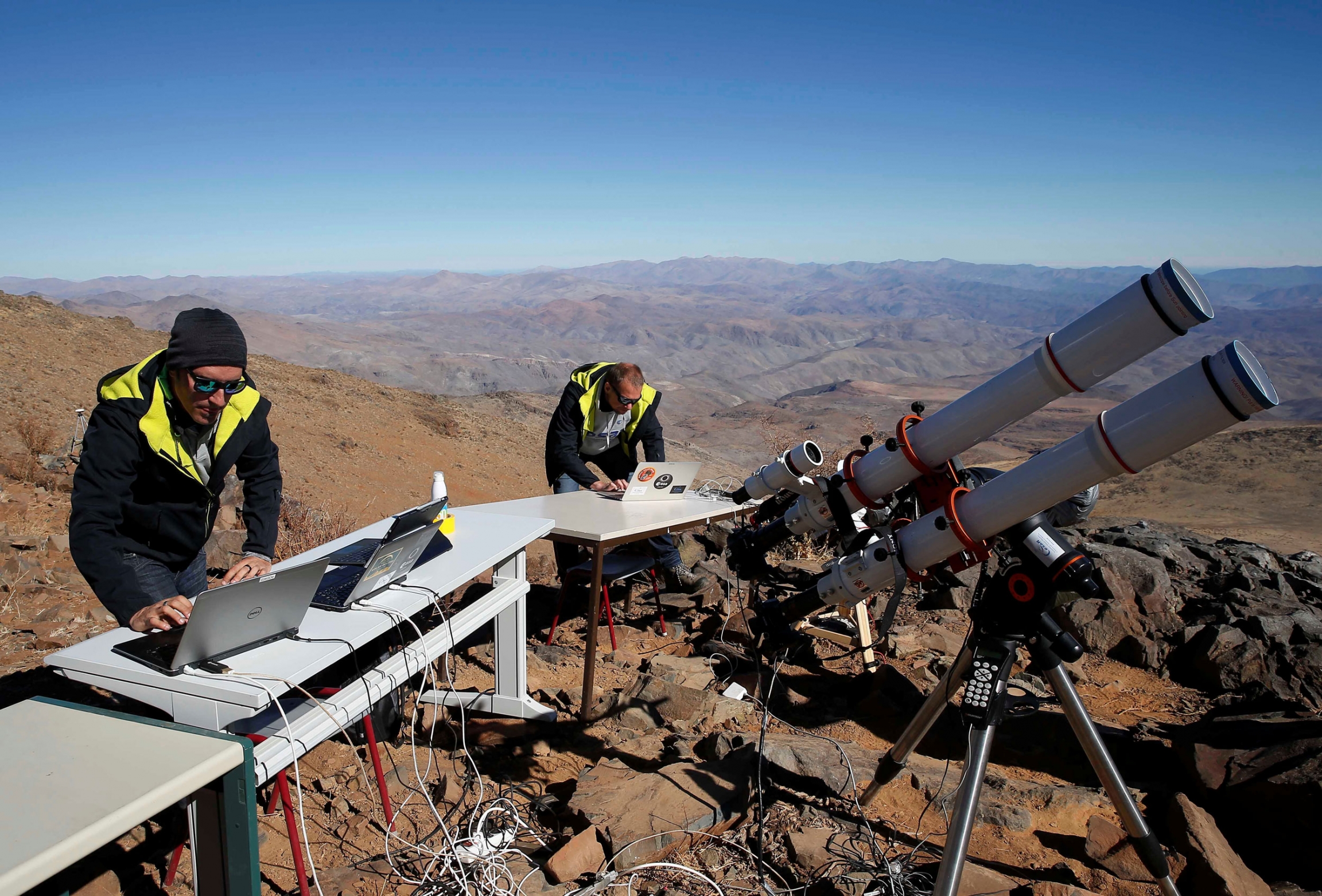