At the shoreline of a small, rocky island just off the coast of West Antarctica, Joee Patterson stood in a 25-foot, inflatable Zodiac boat. She was lowering the engine, preparing to ferry a group from a scientific expedition to their next stop when a large, male elephant seal sidled up alongside her boat.

“He started eyeballing the pontoons on the Zodiac, and he opened his mouth like he was going to put his mouth on it,” Patterson said.

Patterson, afraid the seal would puncture the boat with his teeth, channeled what she’d learned growing up in Alaska — about standing your ground when faced with wild animals.

“Those instincts kicked in, and I was just like, ‘No, don’t bite my boat!' And it was kind of a crazy thing because that animal is about the same size as the boat.”

“Those instincts kicked in, and I was just like, ‘No, don’t bite my boat!'” Patterson said. “And it was kind of a crazy thing because that animal is about the same size as the boat.”

Related: Is climate change causing us to experience 'ecological grief'?

Patterson was one of four marine technicians on the Nathaniel B. Palmer research vessel during an expedition to Thwaites Glacier this past winter. The glacier is melting fast, and scientists fear that if it were to collapse entirely, that would trigger up to 11 feet of sea level rise. This year’s expedition marked the beginning of a five-year, international research collaboration aimed at figuring out just how fast that might happen. 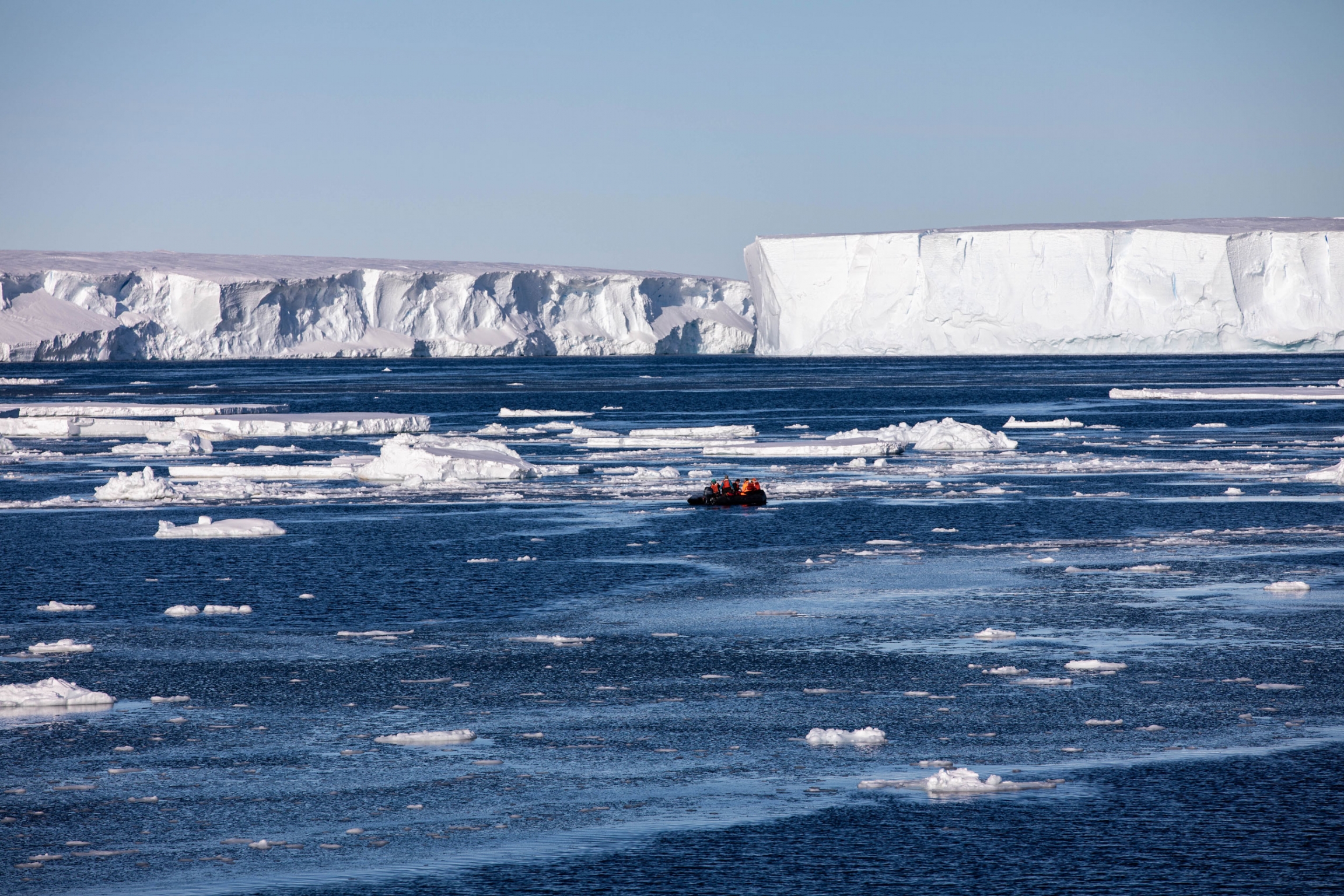 Joee Patterson was one of the marine technicians who took a science team out on a Zodiac looking for seals on floating sea ice.

Patterson’s role during the two-month research mission was to run those small Zodiac boats, operate heavy, scientific equipment on deck and make everything from wooden crates to lightproof tents for collecting samples — basically, anything the two dozen scientists needed.

It’s dangerous, physical work in remote, frigid Antarctic waters, where going overboard could kill you in minutes and help is a thousand miles away. So, Patterson was a stickler for safety, making sure life jackets were properly buckled and her colleagues were tethered to the ship whenever there was even the slightest risk of falling overboard.

“Knowing in the back of your mind, we’re four days away from a doctor, that is a driving force behind all the little meticulous and sometimes seemingly annoying, things that we do,” Patterson said after the Palmer had to take a four-day detour for a successful medical evacuation. 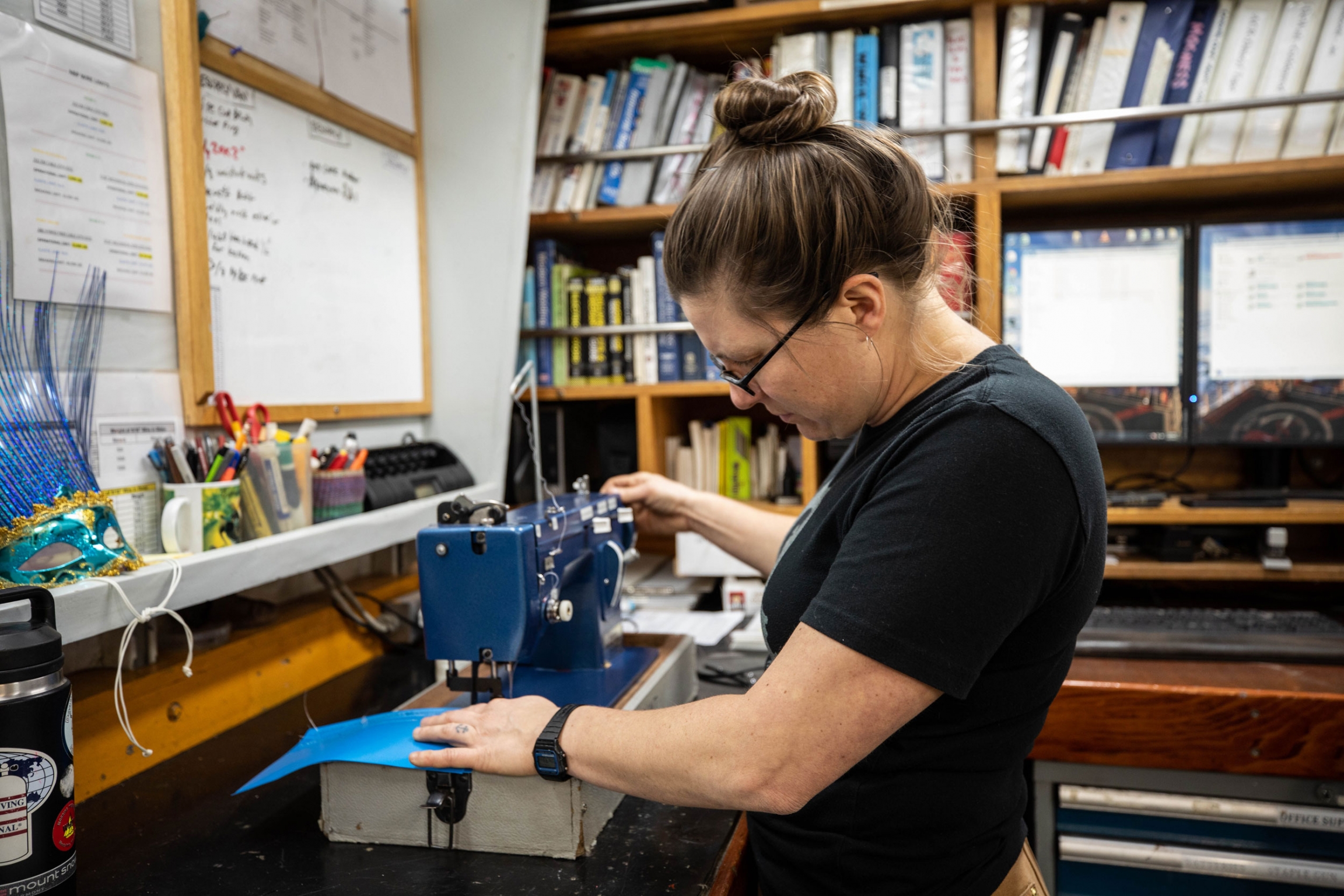 Marine technicians aboard the Nathaniel B. Palmer have to be ready to tackle a wide variety of tasks, from driving small boats to making, fixing and repairing scientific equipment on the ship.

Patterson was on her ninth trip to Antarctica and said she was comfortable with the risks she assumed to travel to the “barren and alien” landscape that keeps pulling her back.

“When you’re choosing to go into an inherently risky situation, you can form a list of pros and cons, like, ‘Am I going to put myself in this situation?’” Patterson said.

But this work, assisting with scientific research in Antarctica, also brings Patterson face-to-face with a different kind of risk: the risks stemming from climate change.

“With climate change and the effects of climate change, it’s a different feeling for sure, because you don’t get a choice in entering that situation,” Patterson said. “I don’t even know how to begin protecting myself and my life and my livelihoods from what is already starting to happen.”

When the ship arrived at Thwaites Glacier at the end of February, it didn’t have the sheer, cliff-like face of a healthy glacier. Its edge, where the Florida-sized piece of ice extends off of the continent of Antarctica and into the Amundsen Sea, sloped into the water like a sledding hill and had erratic peaks and jagged edges. 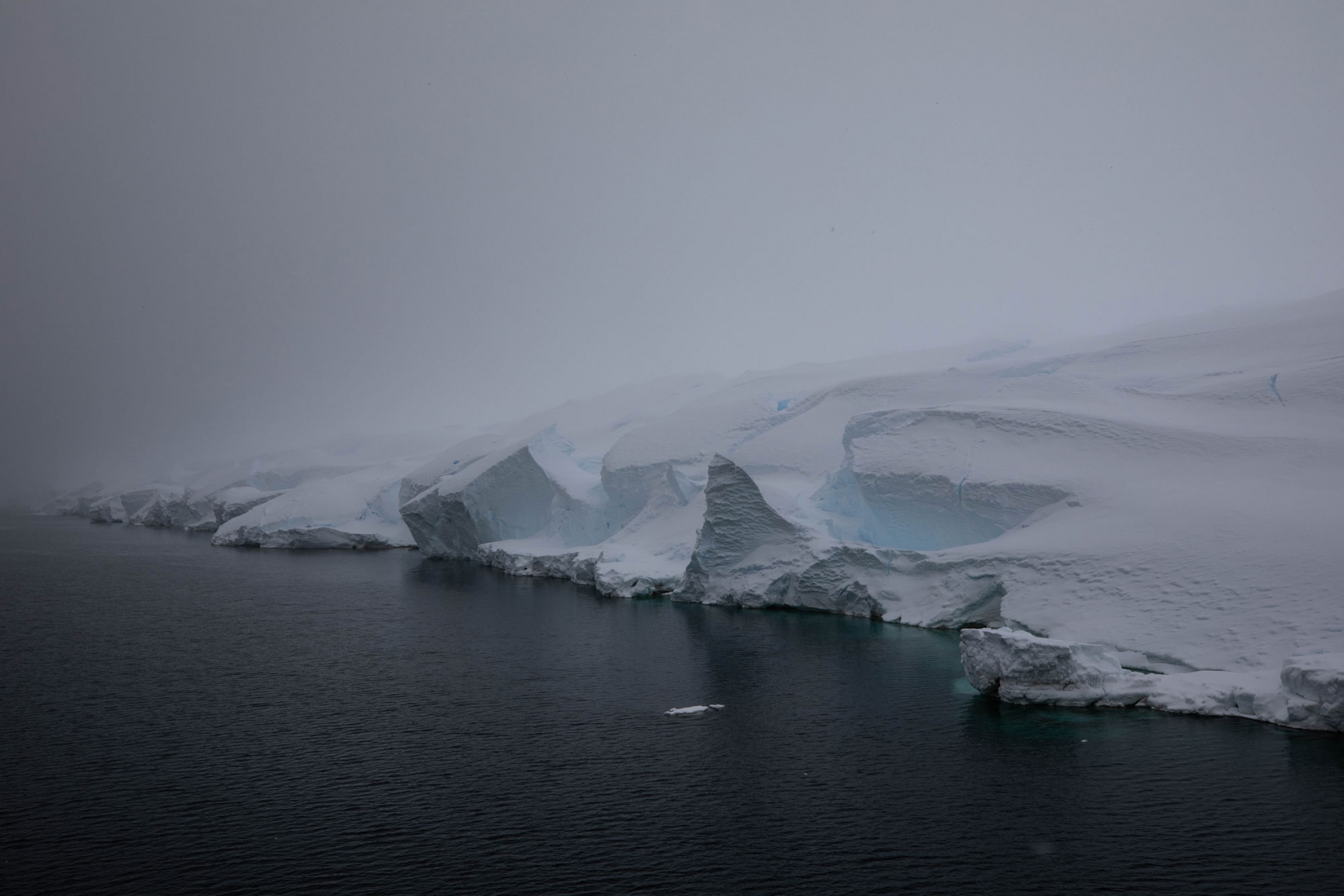 The irregular shapes and downward slope characteristic at the face of much of Thwaites Glacier are signs of its instability. Crevasses and low points mark sites where future icebergs may calve, or where ice has broken off and frozen back together.

Seeing pieces of it that looked fragile enough to blow away was like staring climate change in the face, Patterson said.

“I kind of felt like sick. My stomach got kind of quivery,” Patterson said after her first sighting of the glacier when the ship sailed close enough to the face of Thwaites that her voice echoed off of it.

“It’s a very dramatic encapsulation of the chaos that’s being experienced all over the planet right now, with bigger storms and crazy temperatures, and to see this glacier that you know should have a really geometric, healthy-looking front, all kind of slumped over and erratic, just really sent that home.”

“It’s a very dramatic encapsulation of the chaos that’s being experienced all over the planet right now, with bigger storms and crazy temperatures, and to see this glacier that you know should have a really geometric, healthy-looking front, all kind of slumped over and erratic, just really sent that home.”

Growing up, Patterson watched Alaska’s glaciers recede before her eyes. She lives in Maine now, in a small house she’s renovating with her husband. It’s 6 miles from the coast but the area still floods sometimes during storms.

“I’ve seen water roll into parking lots and things like that in the towns near where I live,” Patterson said. “And it makes me think about protecting the things that I have ... putting it in a place where the ocean, which is a giant, scary and merciless thing, can’t get to it.”

She wonders what will happen as Thwaites Glacier melts and pushes up sea levels — even just a little bit more.