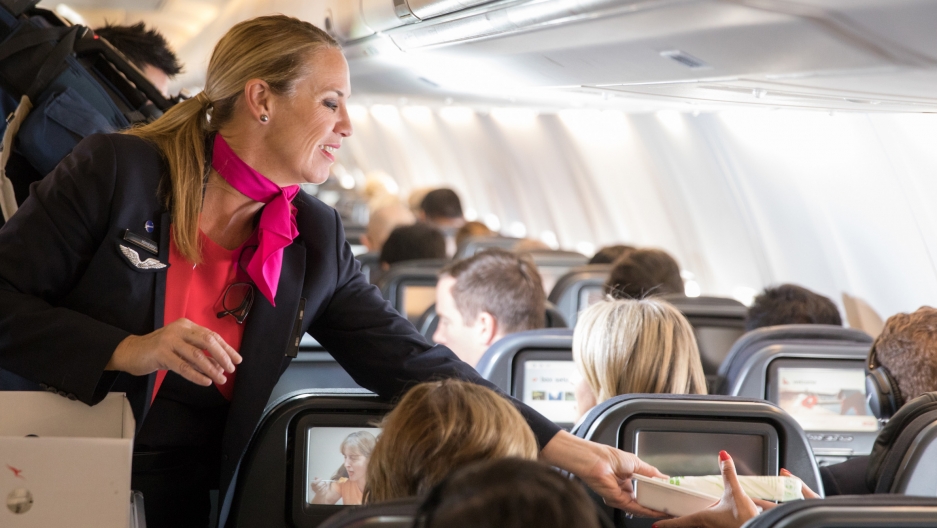 This spring, passengers on a morning flight on Qantas Airways in Australia were greeted in an unusual way: They were on board the world's first waste-free flight.

This spring, passengers on a Wednesday morning flight from Sydney to Adelaide, Australia, were greeted in the usual way — the flight attendant telling them to place larger bags in overhead compartments, smaller ones under their seats.

But then the flight attendant tacked on an unexpected announcement: “At this time, we’d like to invite you to sit back and enjoy the world’s first, zero-waste flight. We certainly hope you’re as proud as we are to be part of aviation history.”

“That means that all paper, plastic and aluminum and food items that we’ll be serving you today will be either composted, recycled or reused,” the flight attendant said.

Greenhouse gases aren't the only significant waste airlines produce. All those single-use plastic cups, meal boxes, pretzel bags. Many of us ask: Is it all really necessary? Qantas is asking that question, too.

Related: The case for a global treaty banning most single-use plastics

Qantas says it produces about 30,000 tons of waste per year, the equivalent to 80 fully laden 747 jumbo jets. And the Australian airline wants to cut that down significantly.

“This flight was the first, I guess you could call, laboratory. There were a thousand individual items that we removed or substituted from this flight.”

“This flight was the first, I guess you could call, laboratory,” said Andrew Parker, the group executive for government, industry, international and sustainability with Qantas. “There were a thousand individual items that we removed or substituted from this flight.”

That included everything from plastic stirrers to individualized salt and pepper containers. Altogether, Qantas’ goal is to eliminate 100 million pieces of single-use plastic annually by the end of next year. That's 45 million plastic cups, 30 million sets of cutlery, 21 million coffee cups and 4 million headrest covers. 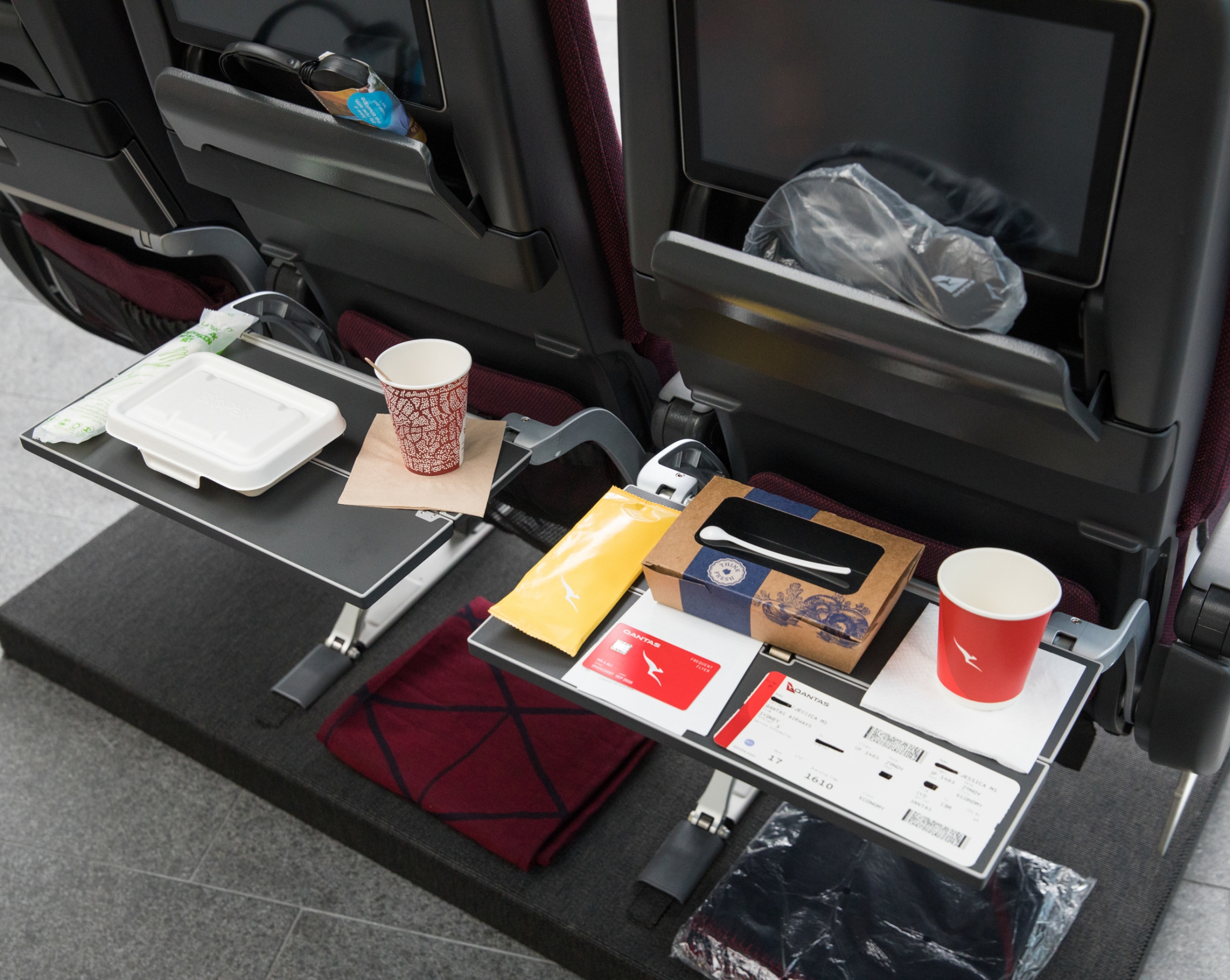 To deal with on-flight waste, Qantas is experimenting with biodegradable coffee cups and new types of packaging — meal containers from sugar cane and silverware from corn starch.
Credit:

“Why we’re doing it, I think, is the critical question,” Parker said. “We really feel it’s the right thing to do. Airlines play a critical role in society, but we also know we are big consumers of resources, be that fuel, be that plastics.”

Of course, one of the biggest environmental impacts of flying may not be things like plastic stirring straws — it’s the carbon dioxide from burning all that jet fuel. But that’s a separate and far more complicated challenge for the airline industry.

To deal with on-flight waste, Qantas is also experimenting with new types of packaging, including meal containers made from sugar cane and silverware from corn starch. To make the new approach work, Parker said the airline even had to redesign its entire method of cleaning — “the design of things like the galley carts that you see go up and down the aisles.”

New carts allow flight attendants to separate compost from recycling and lingering fragments of trash brought on board by passengers. In a normal flight from Sydney to Adelaide, Qantas produces about 100 pounds of waste. On the test flight, the flight yielded around 2 pounds of trash.

For an airline to pull off a near zero-waste flight, the redesign also has to go well beyond what happens in the sky.

“You've got to have the systems in place to get the waste off the flight at the end, and basically directed to composting anaerobic digestion,” said Susan Selke, director of the School of Packaging at Michigan State University. “If you don't have that system in place at the end, then you don't truly have a zero-waste system.

“And if you're talking about an airline that's going to be landing in places all over the world, you have to have these systems in place everywhere that the plane is going to offload the waste,” Selke said.

That’s why Qantas is taking things slowly. The airline has flown just one test flight to one location. Still, Michael Hiscox, who studies sustainability issues at Harvard University, is confident Qantas can pull it all together.

“These guys fly immensely complex machines around the world in all sorts of weather and land them and organize their logistics,” said Hiscox, adding that separating composting from recycling is not a big technical challenge for an airline.

Hiscox is also working with Qantas on getting greener, helping the airline with its carbon-offsetting program. He says the biggest challenge for Qantas in achieving its zero-waste goals is mostly beyond the company’s control.

“They’re working with their suppliers to figure out how long it will take to meet their demand,” Hiscox said. “For some of this nichey compostable, bioplastic stuff, there's not a big supplier base out there at the moment. So, they [Qantas] have to encourage them to scale up.”

There were some small inconveniences on that one flight — Qantas said in-flight service was slightly delayed, perhaps taking 10 extra minutes, as flight attendants figured out the new systems.

“I'm sure some customers complained or grumbled like, ‘Where's my whatever, where's my single-serving milk?’” Hiscox said. “Qantas basically had to explain, ‘We want to get to zero waste, we think you support this, so we all have to adjust a little bit.’”

The airline says it will try another zero-waste test flight later in the year, with the ultimate goal of reducing 75% of its waste by the end of 2021.