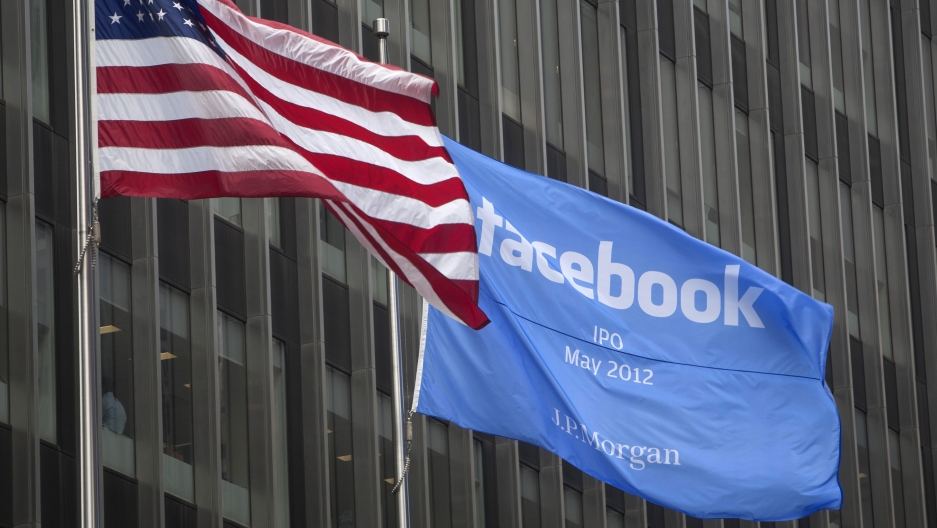 A flag announcing the IPO of Facebook flies next to the American flag outside the offices of JP Morgan in New York City, May 4, 2012.

Facebook has announced a plan to launch a new cryptocurrency named the Libra, adding another layer to its efforts to dominate global communications and business. Backed by huge finance and technology companies including Visa, Spotify, eBay, PayPal and Uber — plus a ready-made user base of 2 billion people around the world Facebook is positioned to pressure countries and central banks to cooperate with its reinvention of the global financial system.

In my view as a social media researcher and educator, Facebook CEO Mark Zuckerberg is clearly seeking to give his company even more political power on a global scale, despite the potential dangers to society at large. In a sense, he is declaring that he wants Facebook to become a virtual nation, populated by users, powered by a self-contained economy, and headed by a CEO — Zuckerberg himself — who is not even accountable to his shareholders.

Facebook hasn’t behaved responsibly in the past, and is still wrestling with significant public concerns — and investigations — about its privacy practices, information accuracy and targeted advertising. Therefore, it’s important to see through the hype. People must consider who is reshaping the world, and whether they are doing it in the best interests of humankind — or whether they are just seeking to benefit the new class of elite technology executives.

Humanity needs ethical leadership, and time to think through the potential repercussions of rapid technological change. That’s why, in my view, Facebook’s cryptocurrency should be blocked by financial regulators until its design has been proved to be safe for all of global society. 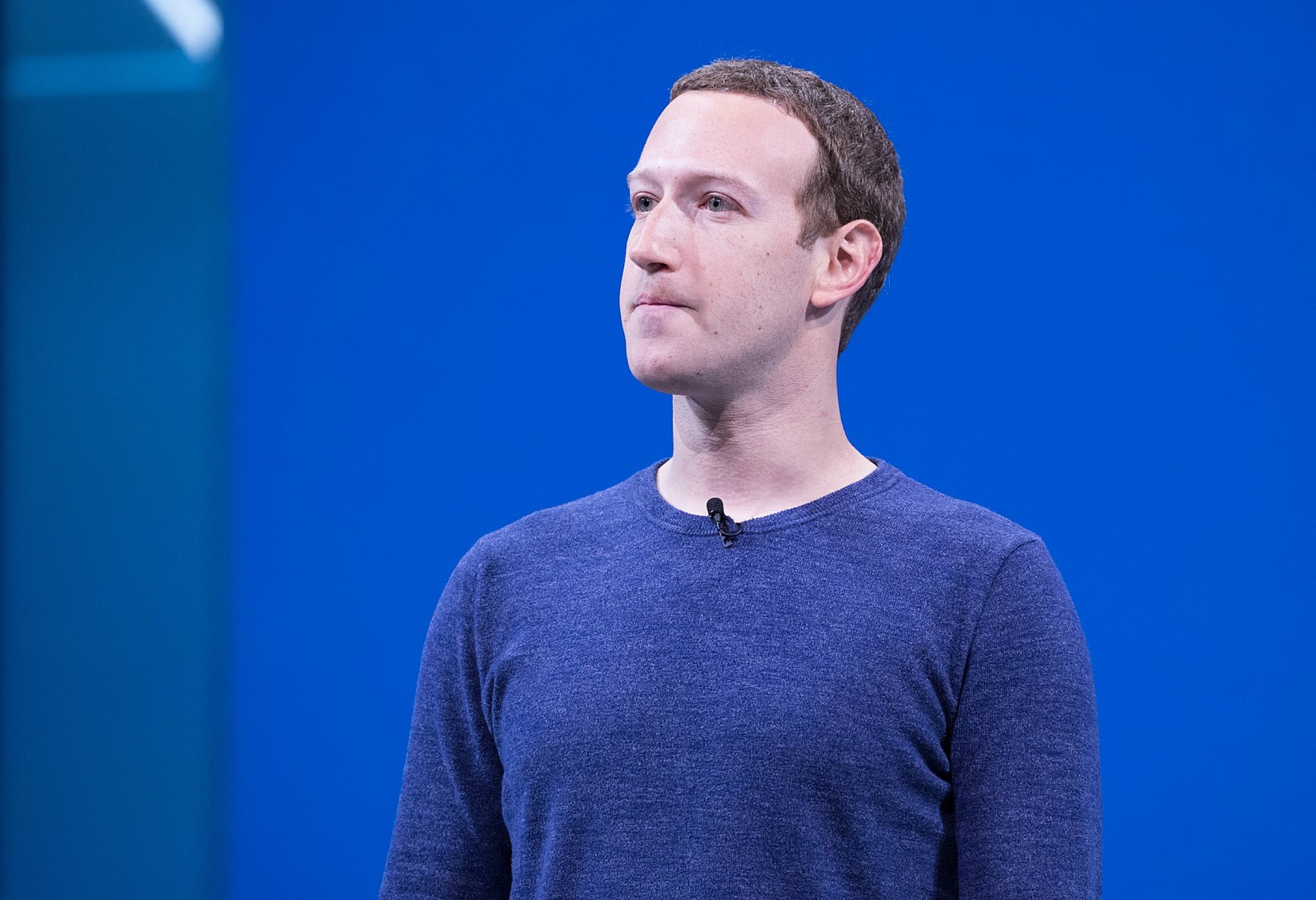 Technology companies are interested in a global currency that is native to the internet. That could allow companies like Facebook and Twitter to bring in more users to their platforms, and collect money from businesses who want to join the new system. They also want to siphon off business from the existing financial services industry. That sector is worth trillions of dollars, is enormously profitable, and yet has struggled to implement its own digital currency.

It will start as a private, permissioned, not-trustless, centralized oligopolistic members-only club. So much for calling it "blockchain". Like all "enterprise DLT" it is blockchain in name only and an monopoly to extract massive seignorage from billions of users. A monopoly scam https://t.co/NritKaQODS

The technical details of Facebook’s plans are still emerging, but it seems that the company is not seeking to compete with Bitcoin or other cryptocurrencies. Rather, Facebook is looking to replace the existing global financial system with an all-new setup, with Libra at its center.

The company may be counting on increased public interest in cryptocurrencies and financial technologies, and its market strength, to overcome objections. However, I don’t believe Facebook should be allowed to wreck the global financial system like it has, as many see it, wrecked global communications.

There is definitely a need for smoother, faster and cheaper ways to send money around the world, and to provide access to financial services to the many people who do not have formal bank accounts. There is real potential to Libra, but there are likely to be ways to improve even more, developing a payment system that better serves the world as a whole.

At least at the moment, the Libra is being designed as a form of electronic money linked to many national currencies. That has raised fears that Libra might someday be recognized as a sovereign currency, with Facebook acting as a “shadow bank” that could compete with the central banks of countries around the world.

It doesn’t help that Facebook is already positioning itself to evade regulatory scrutiny by creating a corporate subsidiary that will join an ostensibly independent governing body for the Libra.

To protect consumers, regulators should look carefully at whether the new system supporting the Libra is sound. It may be that an entirely new set of financial rules and regulations is needed to shield the existing financial system from harm if the Libra becomes more popular than national currencies. At the very least, governments need to proceed slowly and carefully when new products may introduce systemic risks into our environment. Even the CEO of Google has acknowledged that. In my opinion, Libra’s planned launch in 2020 does not allow enough time to fully vet this technology and its risks.

Financial regulations have developed over time to encourage trust between unknown parties, and to protect regular customers from fraudsters and corporate greed. There are also rules that help governments prevent and detect transactions that support crime and terrorism.

This is not to say that all payments and purchases should be tied to a known entity online or in real life. Cash and anonymity is also a civil right and is key to privacy and personal freedoms.

As new digital financial services, methods of electronic payment and currencies develop and become popular, they should not be allowed to undermine longstanding financial safety systems, even in the name of smoother, cheaper transactions.

My concern is not just about large-volume transactions. Facebook has shown how even small amounts of money can buy microtargeted ads with the power to influence public opinion and election outcomes in the US and around the world.

Facebook has a long history of questionable business models and privacy practices. The public, and their representatives in government — including elected officials, financial regulators and central bank authorities — should carefully scrutinize all aspects of Facebook’s cryptocurrency plans.

This concern is especially urgent because Facebook also has a long history of launching products and services, like political ads and live-streaming video, without fully considering their potential to damage democracy and the global society at large.

The company has demonstrated its inability to serve society beneficially — and it may not even be interested in trying. All the signals suggest that customers and regulators alike should carefully examine whether Facebook’s Libra is truly innovative or just a way to avoid restrictions on a potentially hazardous financial product.

Facebook’s entrance into the financial industry is a threat to democracies and their citizens around the world, on the same scale as disinformation and information warfare, which also depend on social media for their effectiveness.

It may be hard for world leaders to understand that this is an emergency, as they cannot see the virtual powers aligning against them. But they must huddle quickly to ensure they have — and keep — the power to protect their people from technology companies’ greed.

Yes, but the goal is bigger than this...Zuckerberg is building Rome. This is nation-building. This is bigger than the global financial system. Sovereigns are being invaded from the cloud. https://t.co/cbagUDHoHh

It will be key to understand if Facebook’s future cryptocurrency will ultimately function more like anonymous cash, or more like a traceable credit card transaction. Facebook has the blockchain and encryption technology to create an anonymous digital cash-like system, or a private digital currency, which has not been created yet. Anonymity would heighten the risks of abuse such as money laundering, so it’s worth watching out for a cash-like Facebook cryptocurrency that mirrors the central banks’ cash system.

In addition, I cannot help but reflect on the name that Facebook chose for this, the Libra, which is a reference to the Roman measurement for a pound, once used to mint coins. In many ways the company that Mark Zuckerberg is building is beginning to look more like a Roman Empire, now with its own central bank and currency, than a corporation. The only problem is that this new nation-like platform is a controlled company and is run more like a dictatorship than a sovereign country with democratically elected leaders. Even now, the company may have as much power as some countries — and more than others.

In the wake of the not too distant global financial crisis, and the “fake news” and disinformation culture that is developing, people must slow down and fully evaluate disruptive technology of this magnitude. Society cannot withstand a launch of a cryptocurrency in Facebook’s infamous “move fast and break things” style.