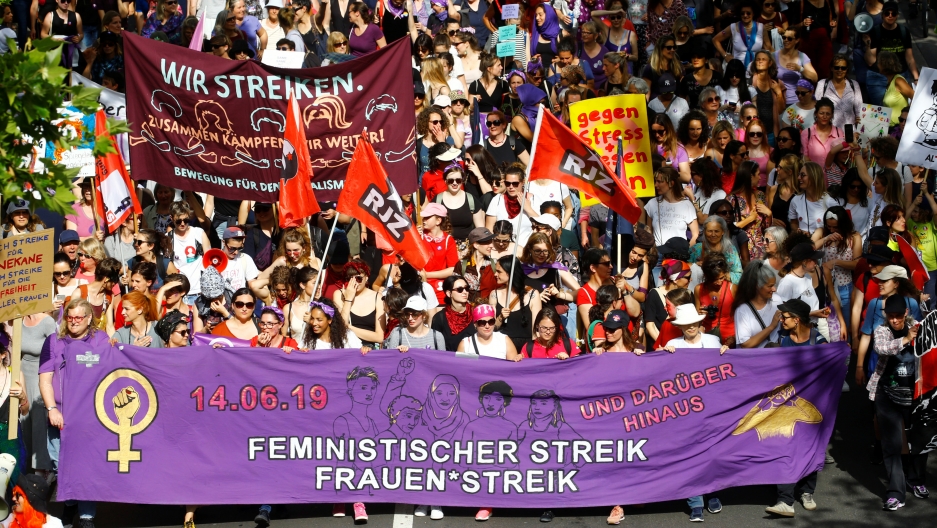 Protesters carry banners and placards at a demonstration during a women's strike (Frauenstreik) in Zurich, Switzerland, June 14, 2019.

Thousands of women across Switzerland held a strike Friday to highlight their nation's poor record on women’s rights. The wealthy country, surrounded by other progressive countries, has long been lacking in women's rights.

In Switzerland, women did not get the right to vote in federal elections until 1971, and it was not until 1996 that women had the legal right to work and to not be discriminated against in the workforce. Friday's event echoes a strike in 1991, five years before the Gender Equality Act came into force, that banned workplace discrimination and sexual harassment and protected women from bias or dismissal over pregnancy, marital status or gender.

In 2019, Switzerland still lags behind other developed economies in female pay and workplace gender equality.

Marie-Louise Fries is a feminist and women’s rights activist who was active in the protests. 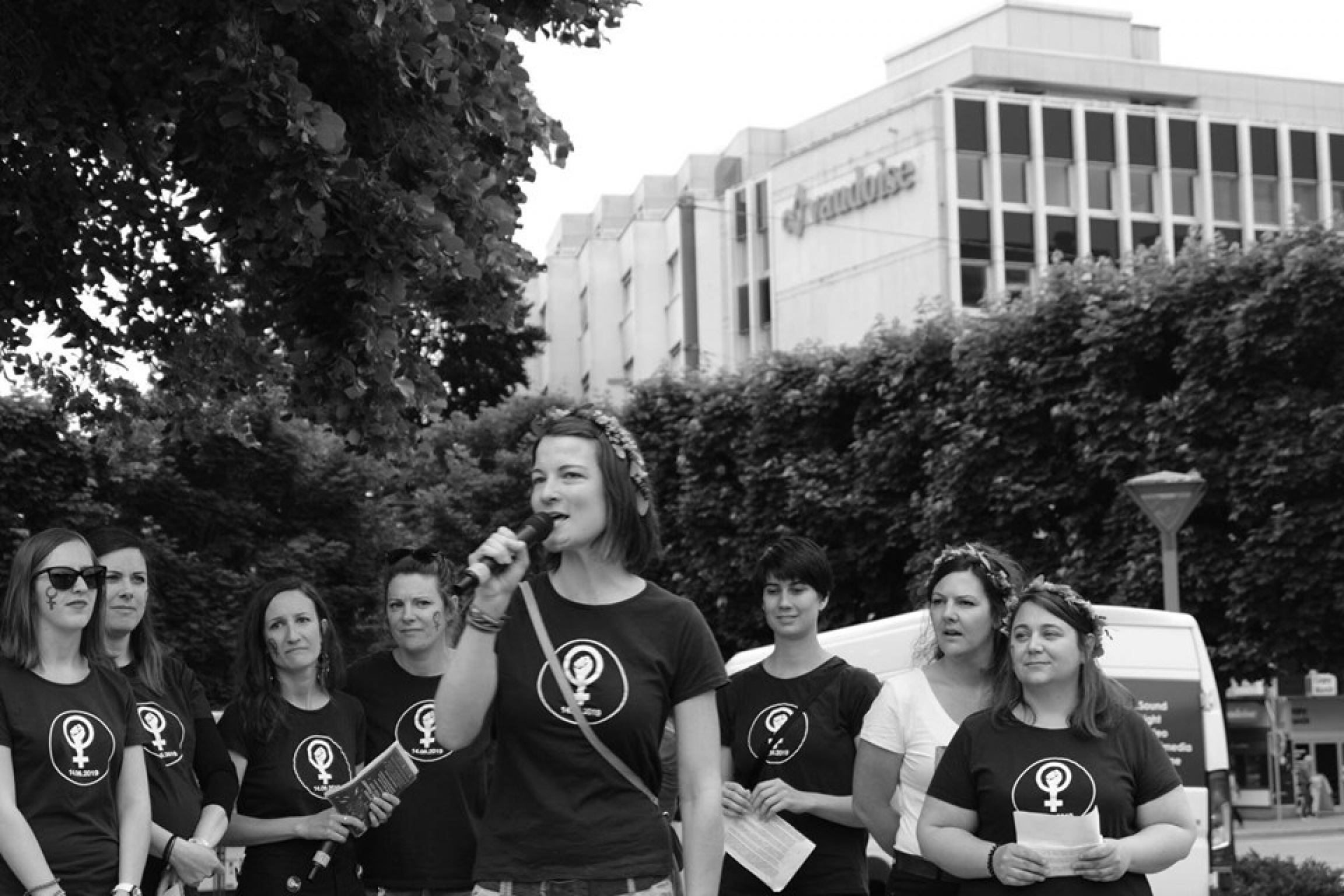 Marie-Louise Fries speaks in front of a crowd during a protest.

Louise spoke with The World's Carol Hills regarding her thoughts on the inequality that modern women face in Switzerland and the impact that the protests have had on both Swiss men and women.

Carol Hills: Now, I know there was a huge general strike by women in Switzerland in 1991. Is it the case that some of the same people participating in that march are out there today?

Yes, there are a lot of women who participated already in 1991 because unfortunately a lot of what we are claiming for has not been put in practice and that's also the reason why we re-do this second general strike.

Are there a lot of women out there today for this general strike? Has it struck a chord for Swiss women? Are they really out there taking part in this?

So, the participation is quite good but still in the preparation of this strike, we realized that also many women feel like we should not be complaining because yes we are Switzerland, we are a very high-standard country, but often they don't know what it looks like in the neighboring countries. For example, now we are fighting for a father's leave if there is a baby. And in all the other countries surrounding Switzerland, they have father's leave in case of births. Some people have this picture in their minds that we are the best country and we don't need to improve anything, so they just don't move because they think we should not be complaining.

Marie Louise, you're young, you're in your 30s. What are the big issues for you? What are you out there fighting for?

So one of my biggest issues is that if I would get pregnant now and become a mom, I would probably need to lose my job because there is no legal basis that assures for women to have childcare. It depends, in fact, on the commune where you're living. If you're living in the city of Bern, you may get some subvention for childcare so that you can continue working, but if you just live in the village next to Bern, this village might not offer this for the children. So, the mother would be forced to stay at home.

What sort of support are you getting from Swiss men?

So, this is the very paradox. Some men, they really see and understand the reasons why we were asking women to strike today, and other men, they somehow feel aggressed by us. It's a bit tricky because they take it so personally even though we think it's a system problem, not an individual person problem.