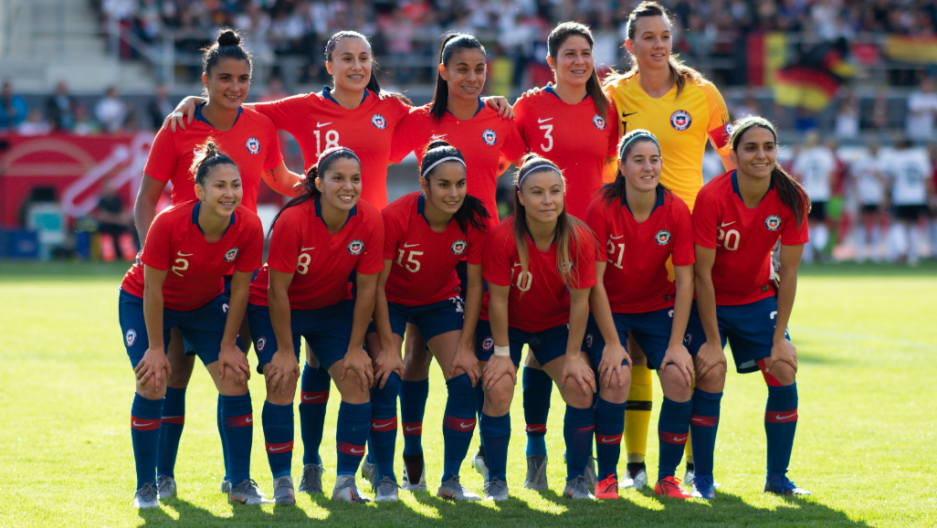 After beating Argentina 4-0 last year in the Copa América Tournament, the Chilean women’s national team placed second, qualifying them for the World Cup.

When the Chilean women’s national team, La Roja, takes the field in France, next Tuesday, June 11, it will be a dream most of the players never thought possible.

“It was a dream to be on the national team. But the way you dreamed it wasn’t the way it was." 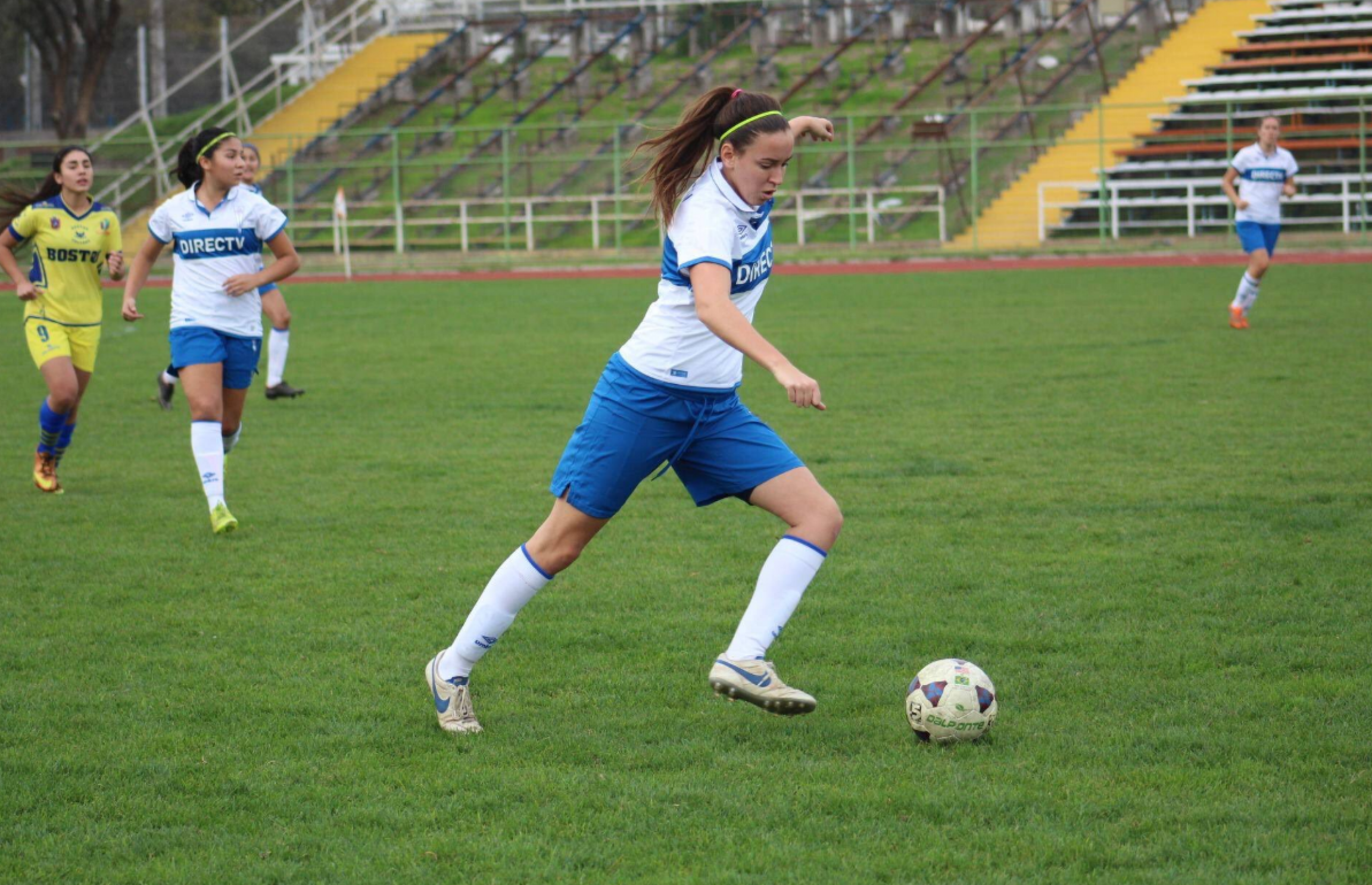 When Iona Rothfeld first played on Universidad Católica, she had to pay to be on the team.

For decades, the national federation consistently underfunded women’s soccer: Women played on fields only when the men weren’t using them and didn’t have their own locker rooms. For away games, the women flew coach; meanwhile, the men flew business.

And at the elite club level, things were even worse.

“It always felt like we got the leftovers from the boys' and men’s teams. The uniforms they weren’t using were the ones we were using. We didn’t have anything. We had ourselves and our desire to play and to be there,” said Rothfeld, who also played at Universidad Católica, one of the best club teams in the country.

Unlike the male players, who get paid to play on the team, Rothfeld had to pay to be on it.

Women wanting to play soccer in Chile have an uphill battle, as they’re up against a longstanding machista culture that thinks women should stay off the field.

“Once I got injured and went to the doctors and he said this happened to you because you were playing something that is not meant for you,” Rothfeld said.

Brenda Elsey, a professor at Hofstra University, recently wrote the book “Futbolera: A History of Women and Sports in Latin America.” During her research, she came across comments such as: "Women’s soccer is terrible for marriages," "women become confident," "they get muscles that look like men," and "they are much less obedient as spouses."

“There is just total hostility to the idea of women playing soccer ... it is not hidden, it is not like this patriarchal establishment is whispering that they don’t want women to play soccer — they are shouting it.”

“There is just total hostility to the idea of women playing soccer, from journalism to physical education, to players themselves, from coaches from audience members,” Elsey said. “So, [it’s] always … very direct ... it is not hidden, it is not like this patriarchal establishment is whispering that they don’t want women to play soccer — they are shouting it.”

In the summer of 2016, conditions for women’s soccer took a dive: Chile’s women’s national team was kicked off the official FIFA rankings and deemed “inactive” because the Chilean soccer federation more or less forgot about the women’s team and didn’t schedule a single match for two years.

“I was pissed — I was really angry with the system,” Rothfeld said.

So she started a grassroots women’s players organization called National Association of Women Soccer Players, or ANJUFF. And she began reaching out to other soccer organizations, the federation, players — both men and women — and even the government.

“Most people said to me, 'I know that needs to be done but nobody is going to care.' Sadly, that is the life we have been living so far and I wasn’t content with that, I didn’t want to just settle,” she said.

ANJUFF put constant pressure on the soccer federation, which finally started to listen. 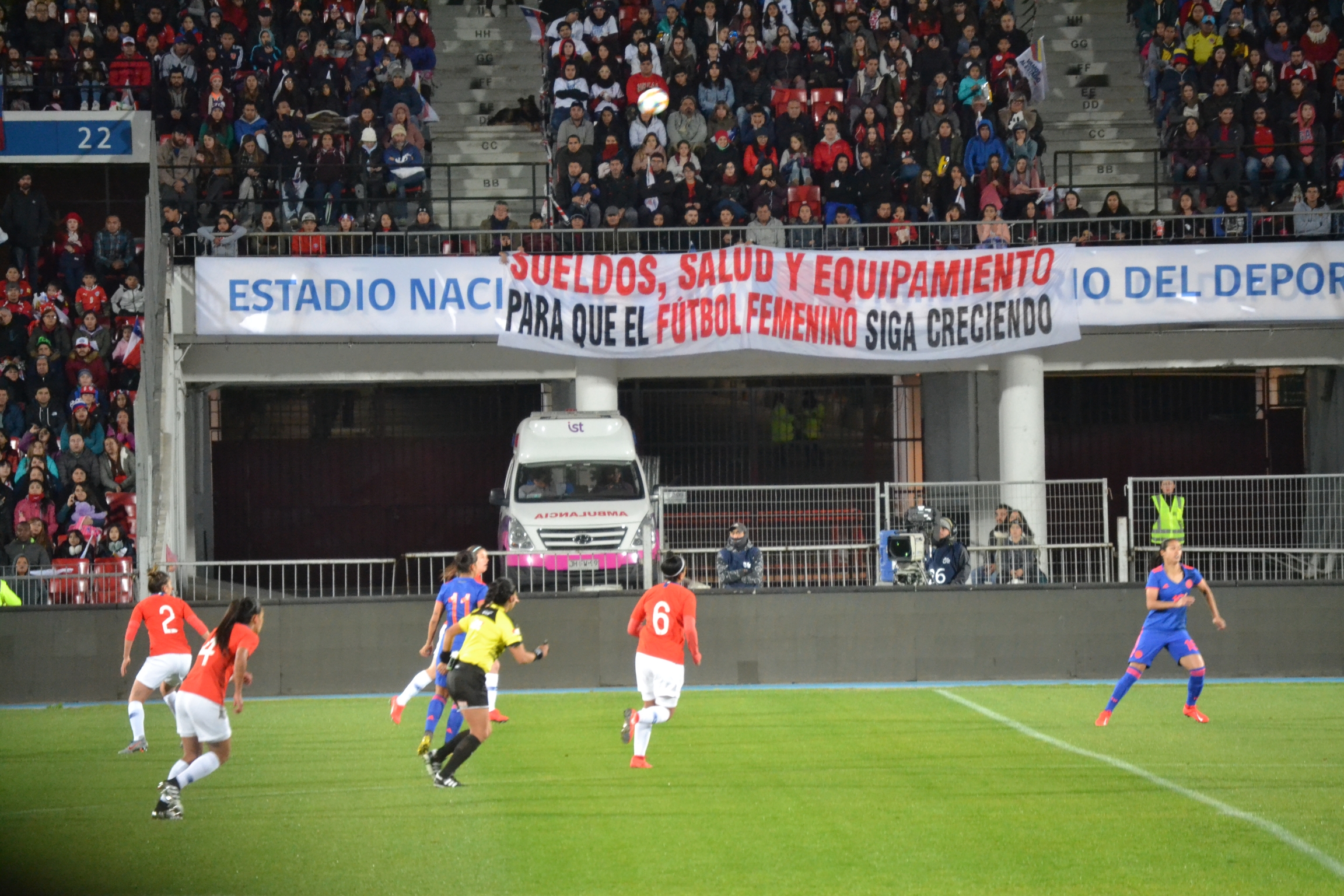 A sign reading “Salaries, health insurance and equipment so women's soccer can keep growing” was held by screaming fans during the Chile versus Colombia home game.

The federation hired someone exclusively to oversee the women’s division. And the national team started playing games again; last year they even hosted the region’s largest tournament, COPA América, and placed second.

In March, the national team finally got a locker room to call their own. And for the World Cup, they’re flying business class.

“There was a big change of mentality with the board’s new leadership — they really believed that professional soccer in Chile had a debt with women, so they started investing more in women’s soccer.”

Constanza Minoletti, who oversees the women’s division for the National Association of Professional Soccer, or ANFP, said ANJUFF deserves a lot of credit for these improvements but added that the organization’s new leadership also played a crucial role.

“There was a big change of mentality with the board’s new leadership — they really believed that professional soccer in Chile had a debt with women, so they started investing more in women’s soccer.” 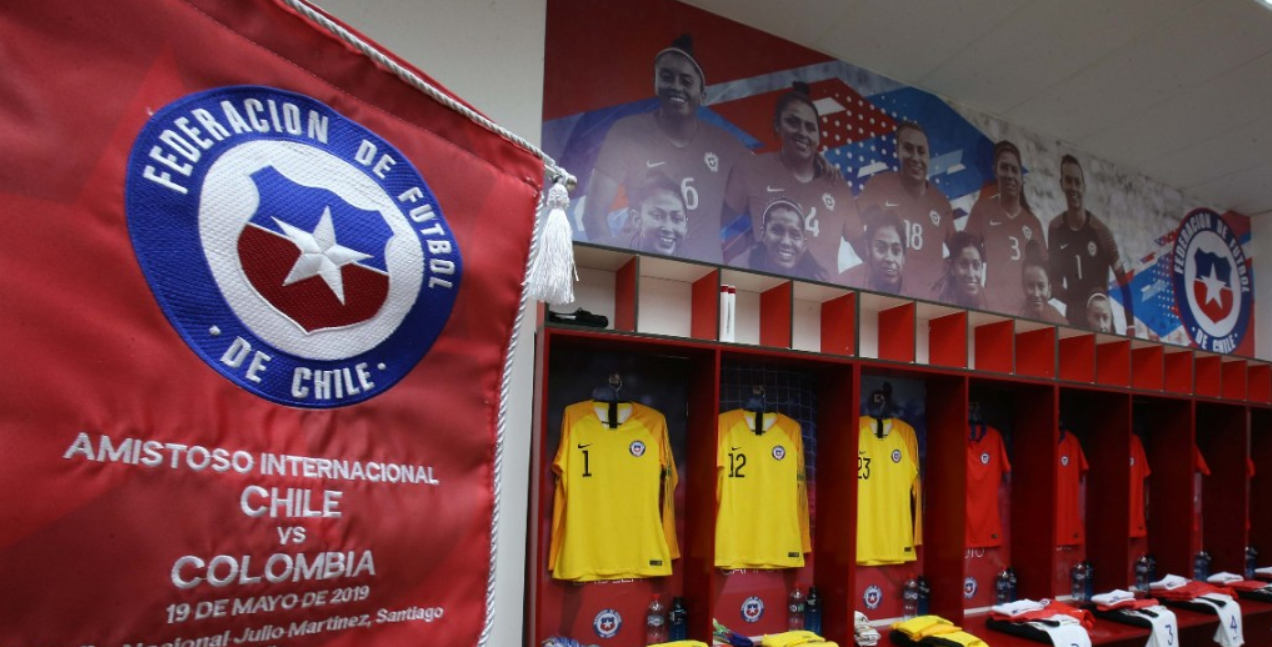 During the Chile versus Colombia home game, it was the first time the women’s national team officially had their own locker room. It was built in March 2019.

This year the federation invested 150% more dollars into women’s soccer than the previous year. This covers additional travel expenses, health insurance (now available to all players in First and Second divisions), as well as more referees.

But when it comes to paying the players — that’s up to the club teams. For the first time ever, a handful of women this season now have paid, professional contracts. Although it’s a small fraction, it’s a big step forward. 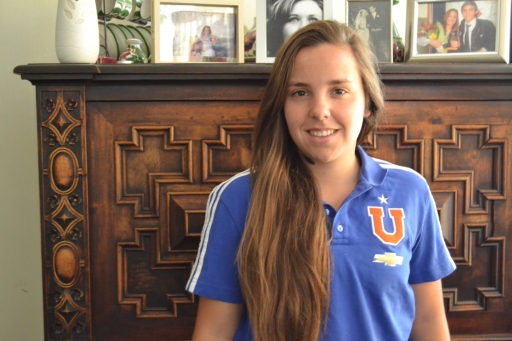 Nicole Fajre, 21, left the University of Chile after getting offered a paid professional contract with Santiago Morning this season. She is one of only a handful of Chilean women who have a professional soccer contract in all of Chile.

“I’m so happy. I have dreamed of this since I was a little kid. We’ve been working so hard to make women’s professional soccer possible and now it’s finally happening,” said Nicole Fajre, who’s one of the eight players with a paid contract this year.

The Chilean government is also paying attention by making women’s soccer more accessible at a younger age, even making it mandatory in schools.

“We are now implementing women’s soccer as part of our culture as a sport that we want our children to be doing,” said Chile’s Sports Minister Pauline Kantor.

But changing the culture? That takes time.

Rothfield no longer plays on Chile’s national team but she’ll be at the World Cup in the stands — cheering them on.

She lives in the US now where she’s finishing her degree in sports management. When she’s done, she hopes to rejoin the national team and maybe play in the next World Cup in 2023.