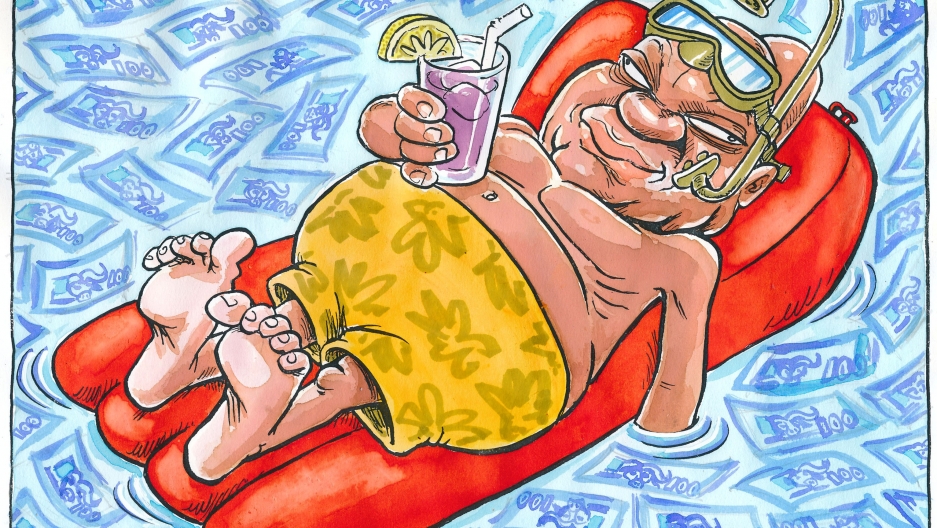 Zapiro drew this cartoon to accompany the Mail & Guardian’s 2013 expose on the lavish state-funded "security improvements" made to Jacob Zuma’s private home in Nkandla in KwaZulu-Natal province. They included a visitors center, amphitheater, additional houses for relatives, a cattle enclosure, and a swimming pool.

If there are two people who probably shouldn't be in the same room together, it is South Africa's most famous political cartoonist, Zapiro (whose real name is Jonathan Shapiro), and the country's disgraced former president, Jacob Zuma. 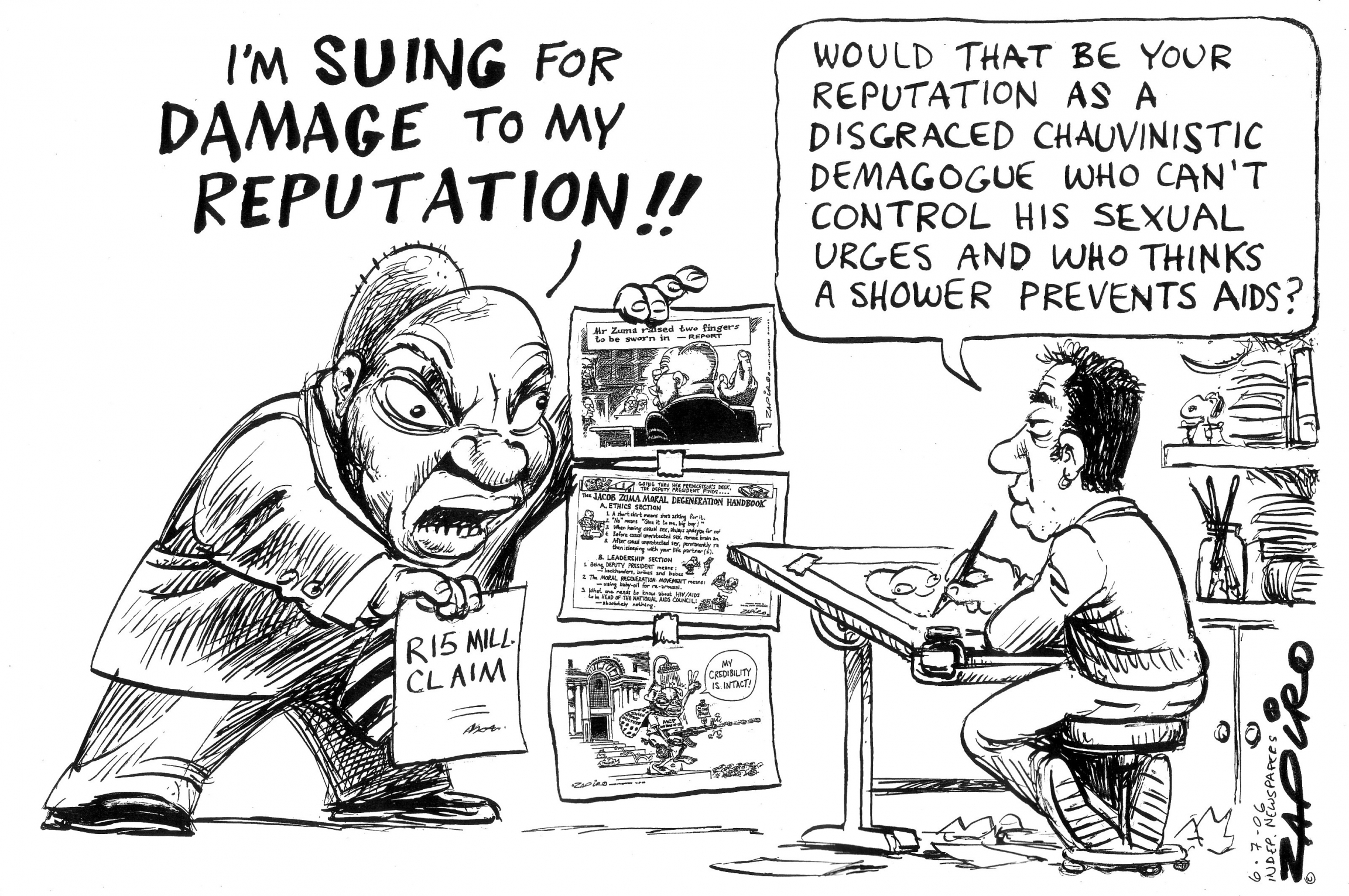 Zapiro is an early critic of Jacob Zuma, who served as president of South Africa for almost nine years (from May 2009 until he was forced to resign in February 2018 amid charges of corruption). The cartoonist got his start as an anti-apartheid activist in the 1980s and his heart has been broken over the years as he's watched and sketched and railed and gasped as Zuma has been engulfed in one scandal after another, bringing the African National Congress (ANC), the party of his hero Mandela, into disrepute. 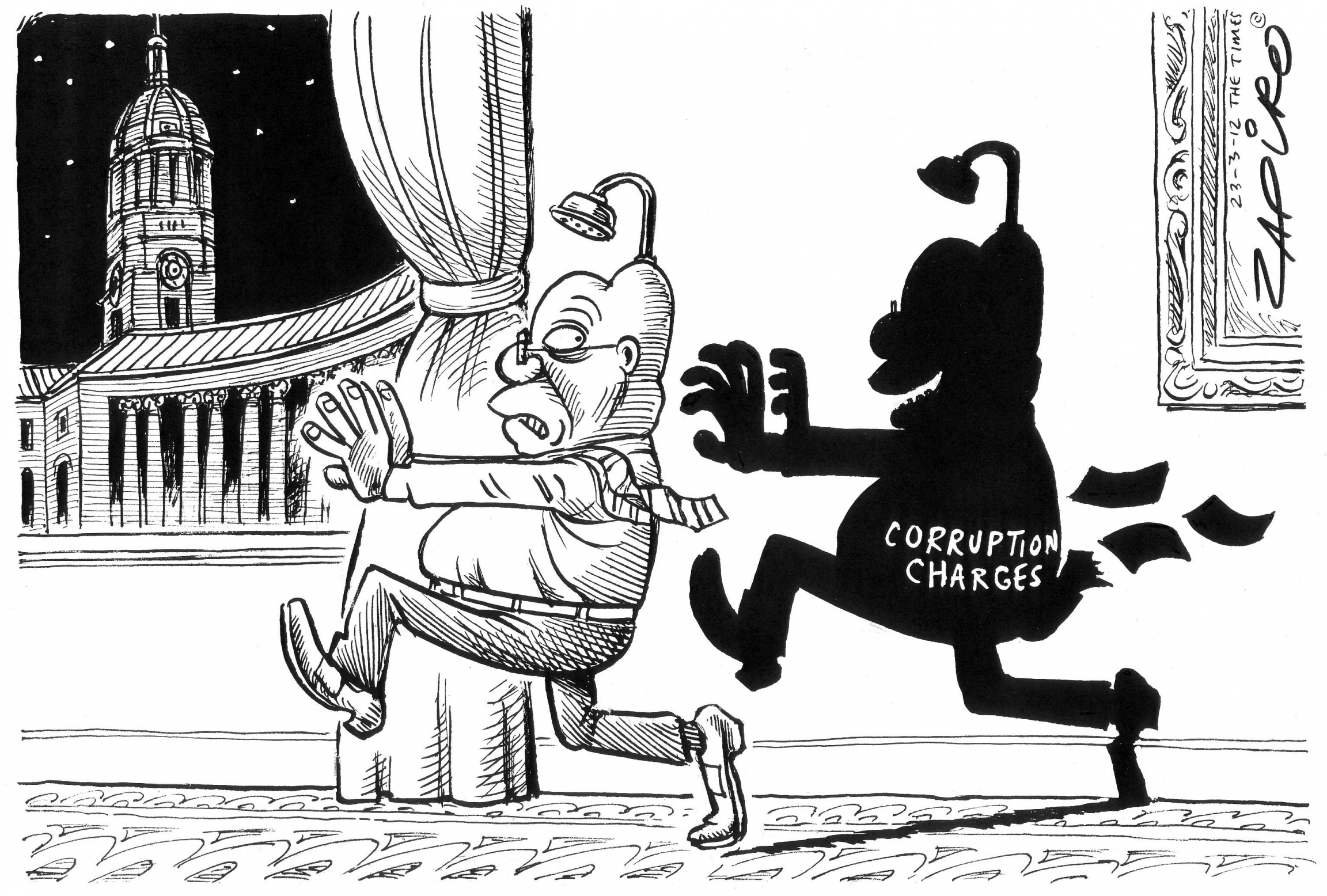 Jacob Zuma was back in court on May 20. Zuma is accused of committing 16 counts of fraud, racketeering and money laundering relating to a multi-billion-dollar arms deal in the late 1990s between a French defense company and the South African military.

Zapiro has never shied away from drawing Zuma as he sees him.

"I've never felt sort of intimidated for scared or anything like that," he says.

Zapiro's latest book is a visual coda to the Zuma years. It's called "WTF: Capturing Zuma – A Cartoonist’s Tale." 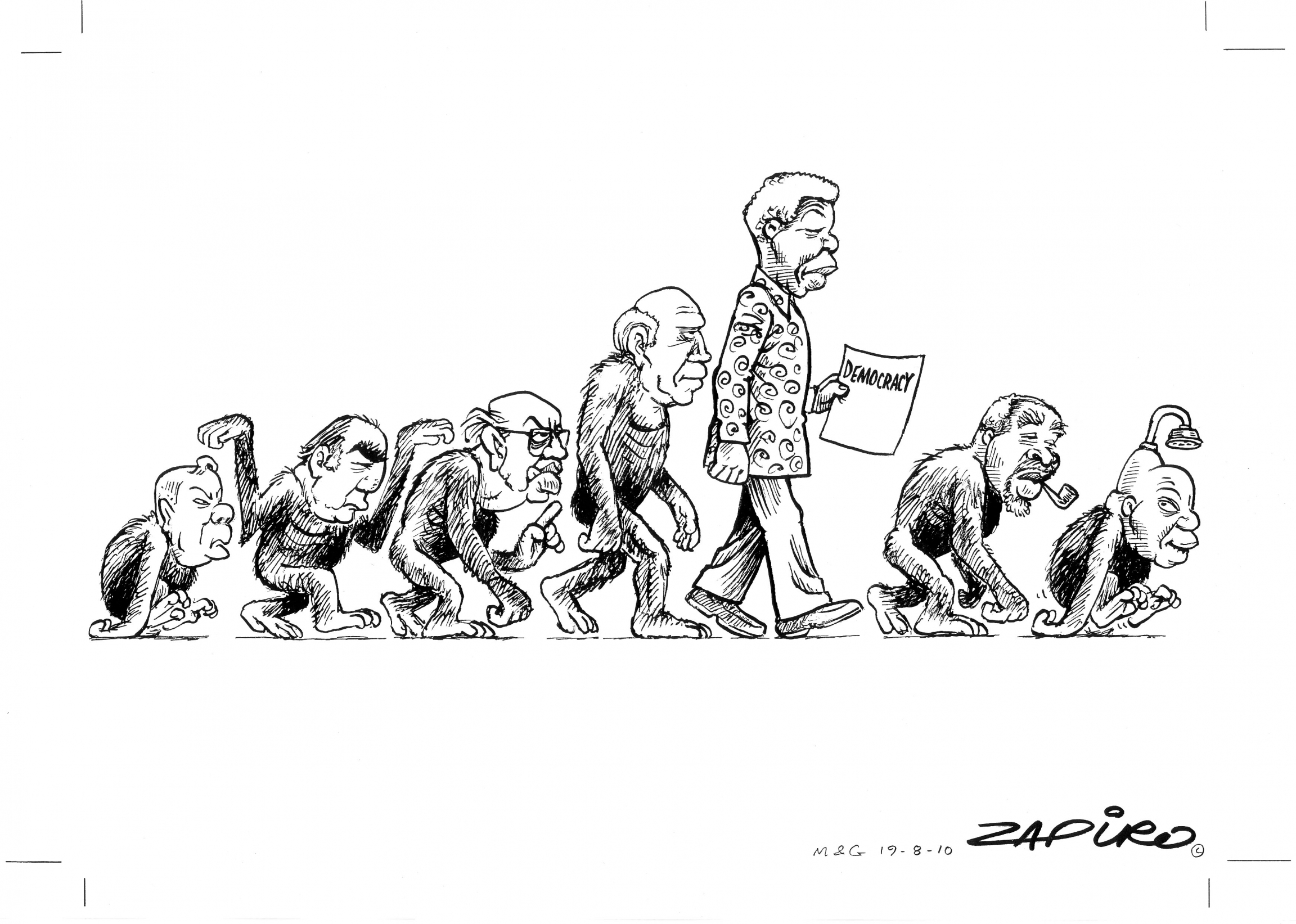 The "Evolution of Democracy" in South Africa.

In a 2006 cartoon, Zapiro drew a showerhead over Zuma to illustrate a point. A court in South Africa had just acquitted Zuma of raping a 31-year-old family friend but during the trial, Zuma admitted to having unprotected sex with his accuser, whom he knew to be HIV-positive. Zuma told the court that he took a shower afterward to cut the risk of contracting HIV. The uproar from the judge, health experts, AIDS activists and the public was immediate. (South Africa has the biggest and most high-profile HIV epidemic in the world.) 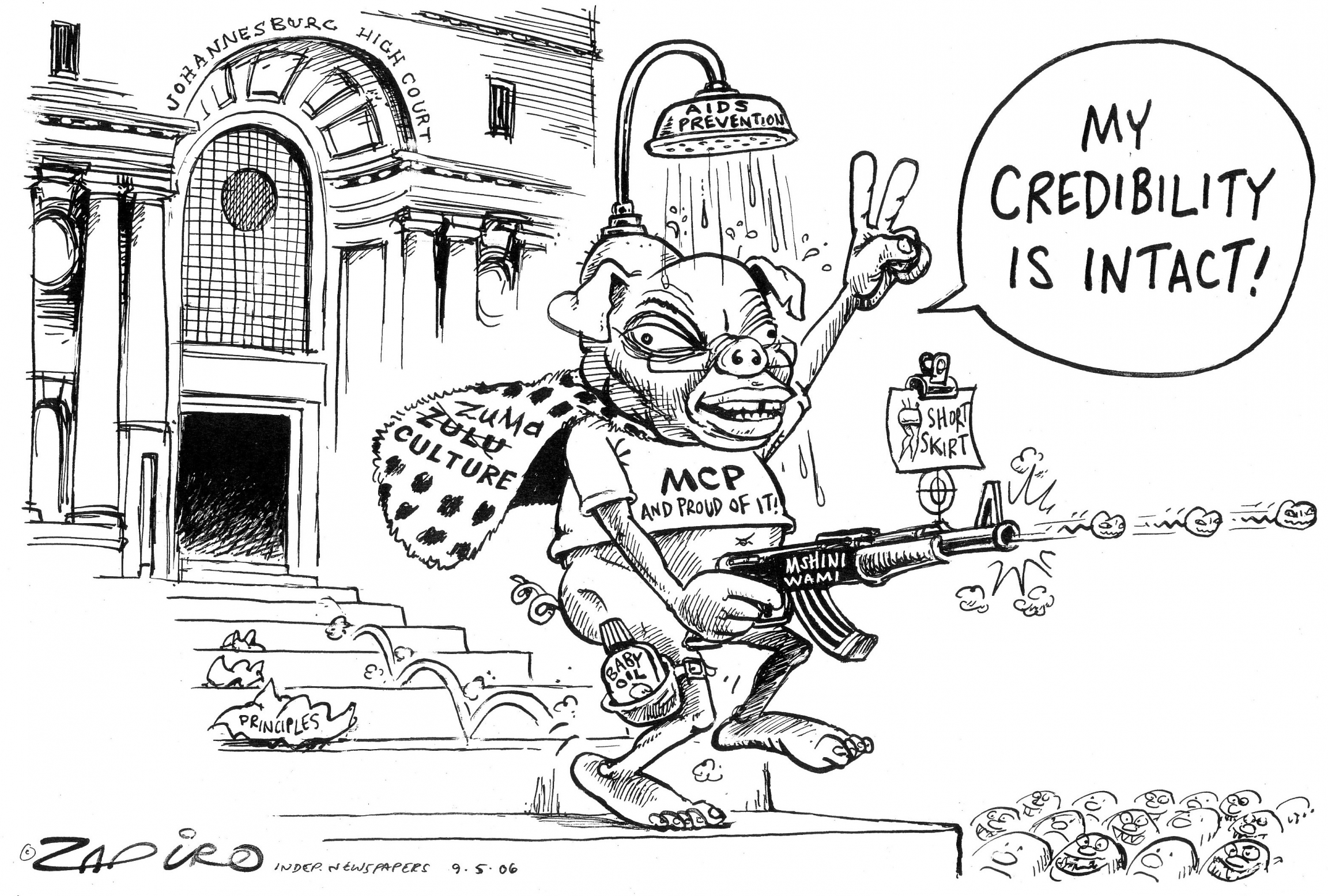 In a now-famous cartoon, Zaprio drew Jacob Zuma leaving court in 2006 with a shower over his head after Zuma was acquitted of rape charges. During the trial, Zuma said he took a shower after sex to avoid getting HIV from someone who was infected.

Unwittingly, the cartoonist had created much more than a meme. He says the showerhead has become part of the national lexicon.

"When there were protests against Zuma, people came to the union buildings, the seat of government with mining helmets with showers attached to them," he says. "The shower became a part of the protest." 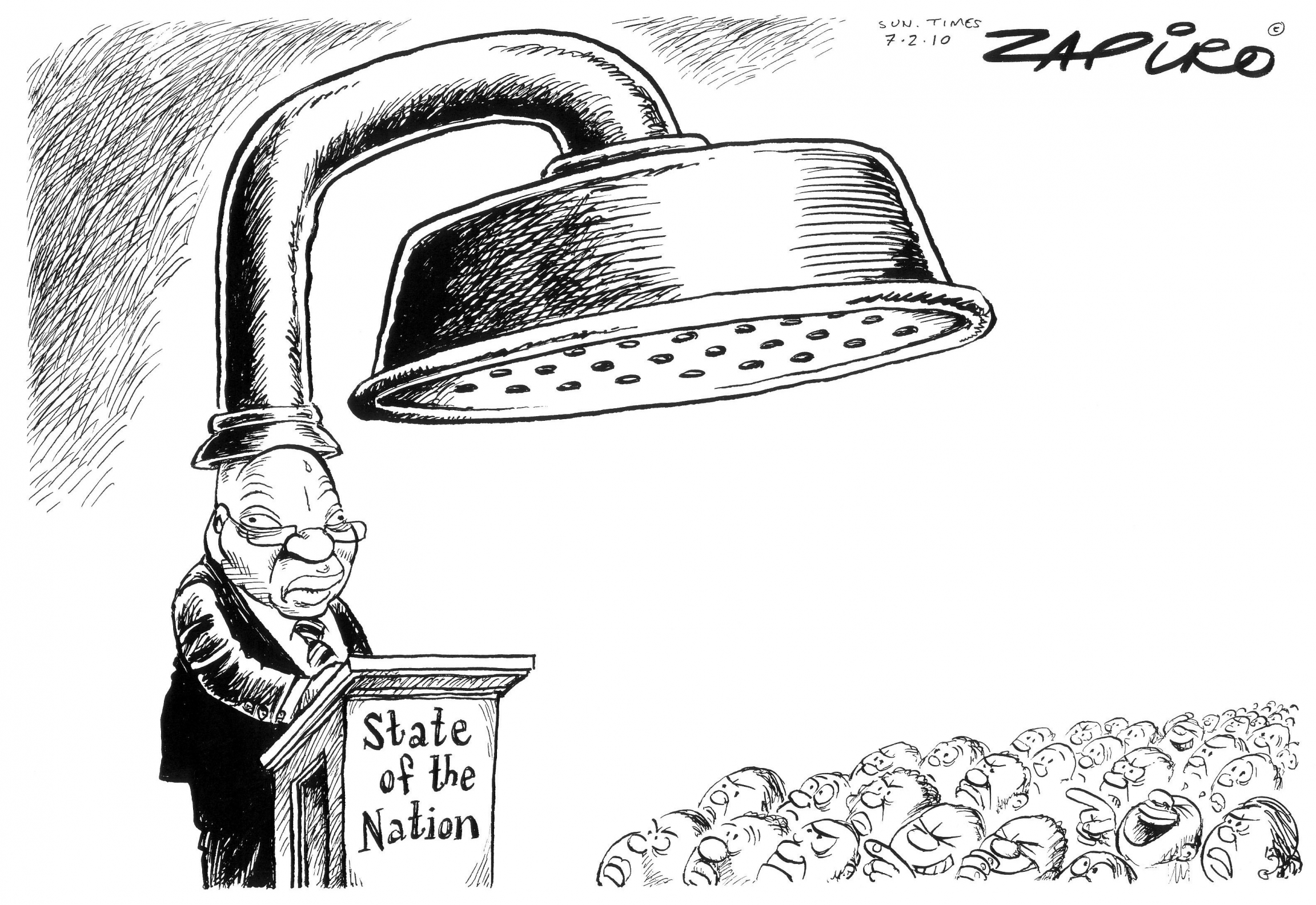 Zapiro criticizes Zuma not only for his scandalous and corruption-ridden approach to politics, but also for how he conducts himself personally. Zuma has had at least seven wives. He has four currently. The latest is 24 years old; Zuma is 77. Zuma has fathered about 20 children. 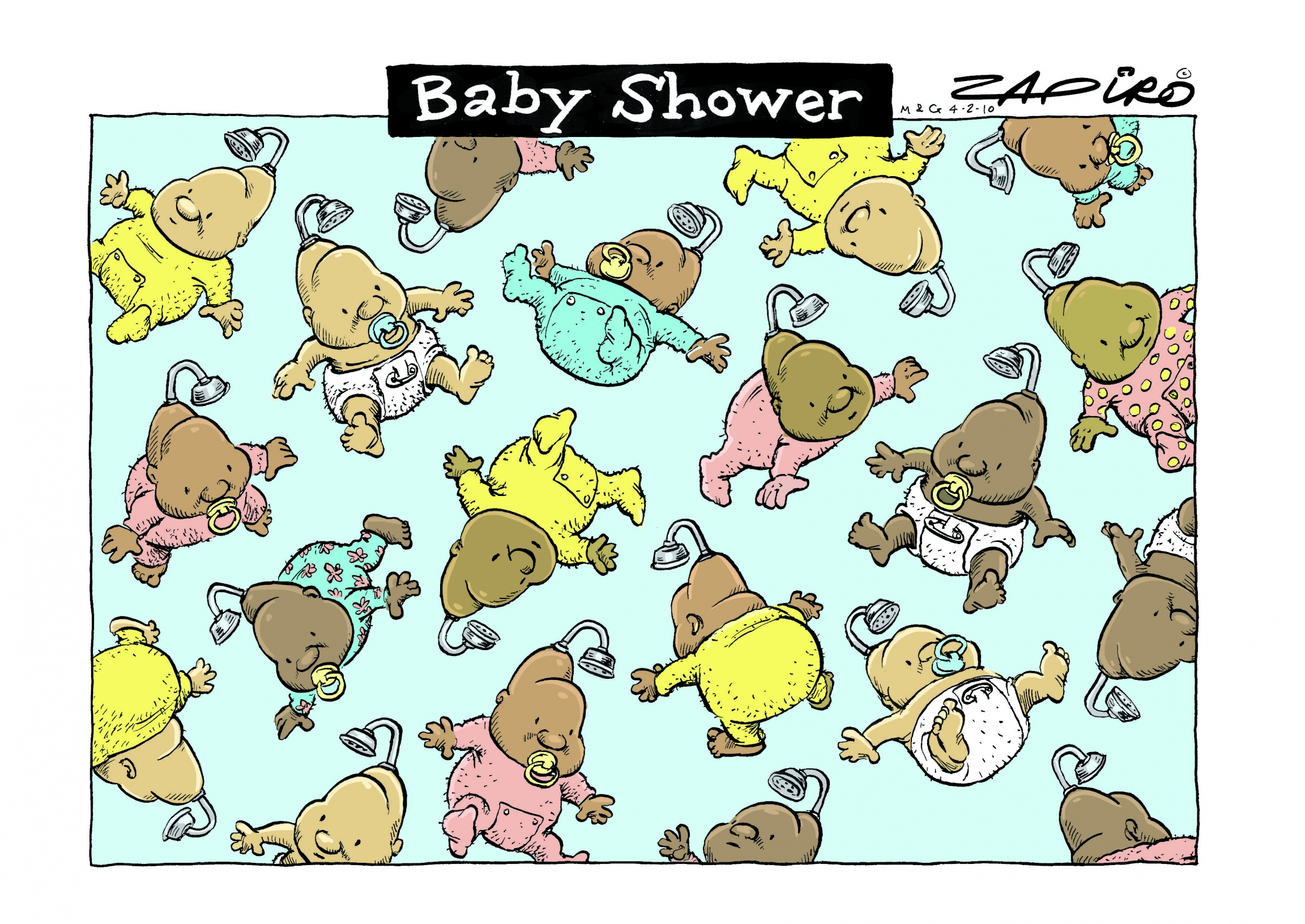 Zapiro has been sued twice by Zuma. In both instances, the charges were eventually dropped. The second time was over a cartoon published in 2008. Zapiro used the metaphor of rape to express what Zuma was doing to South Africa's justice system. The cartoon was deeply controversial but Zapiro defended it.

"It was at a time when Zuma and his allies were bullying and threatening the judiciary, in order to get corruption charges against him dropped, so he could become president," Zapiro said later. 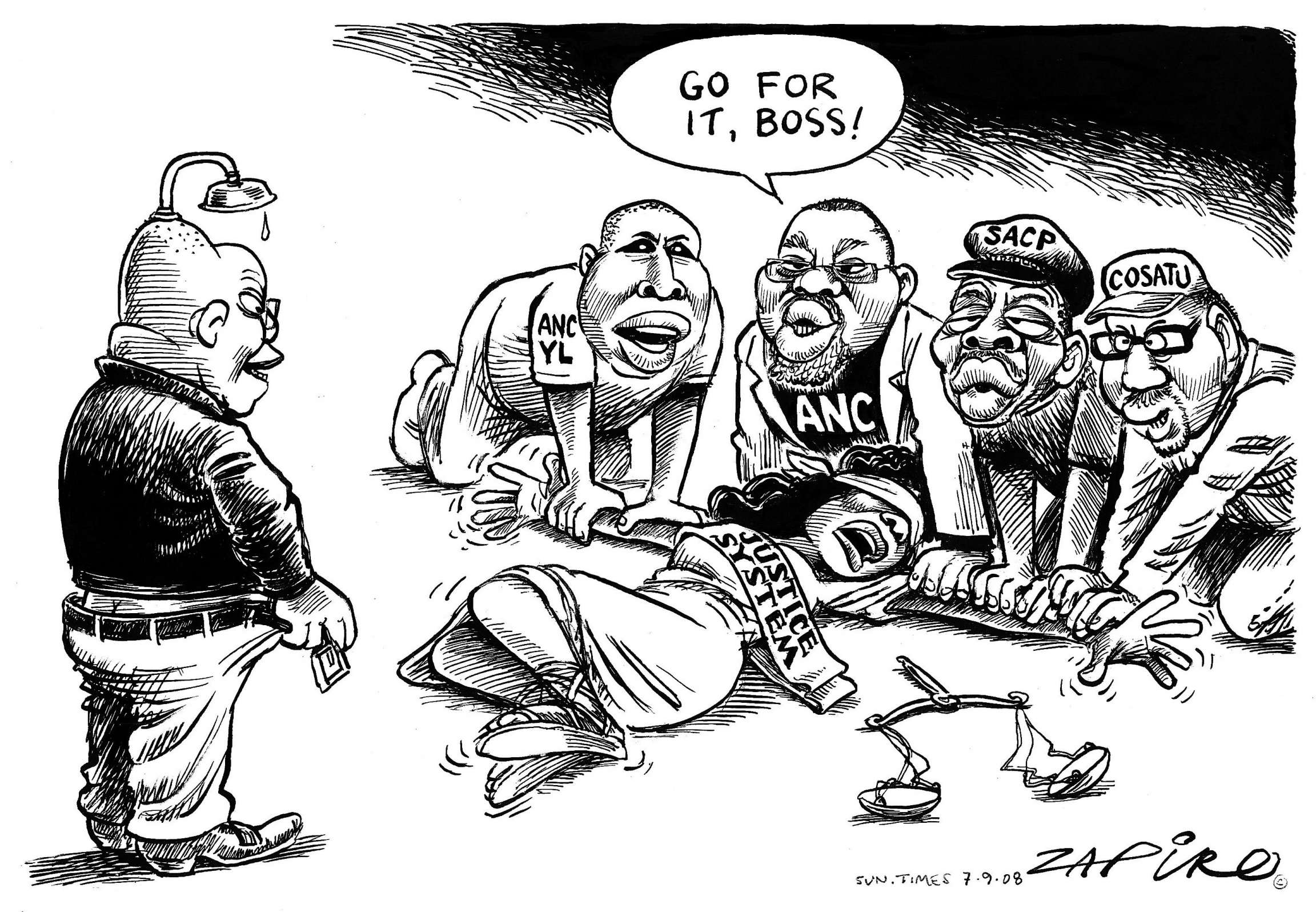 On Feb. 14, 2018, Zuma resigned, ending nine years of corruption scandals and economic slowdown. For days, he'd been defying orders from the ruling African National Congress to leave office. Zapiro says he's putting "guarded hope" in the new leadership of Cyril Ramaphosa, despite the weakness and patronage he sees in the current ANC. 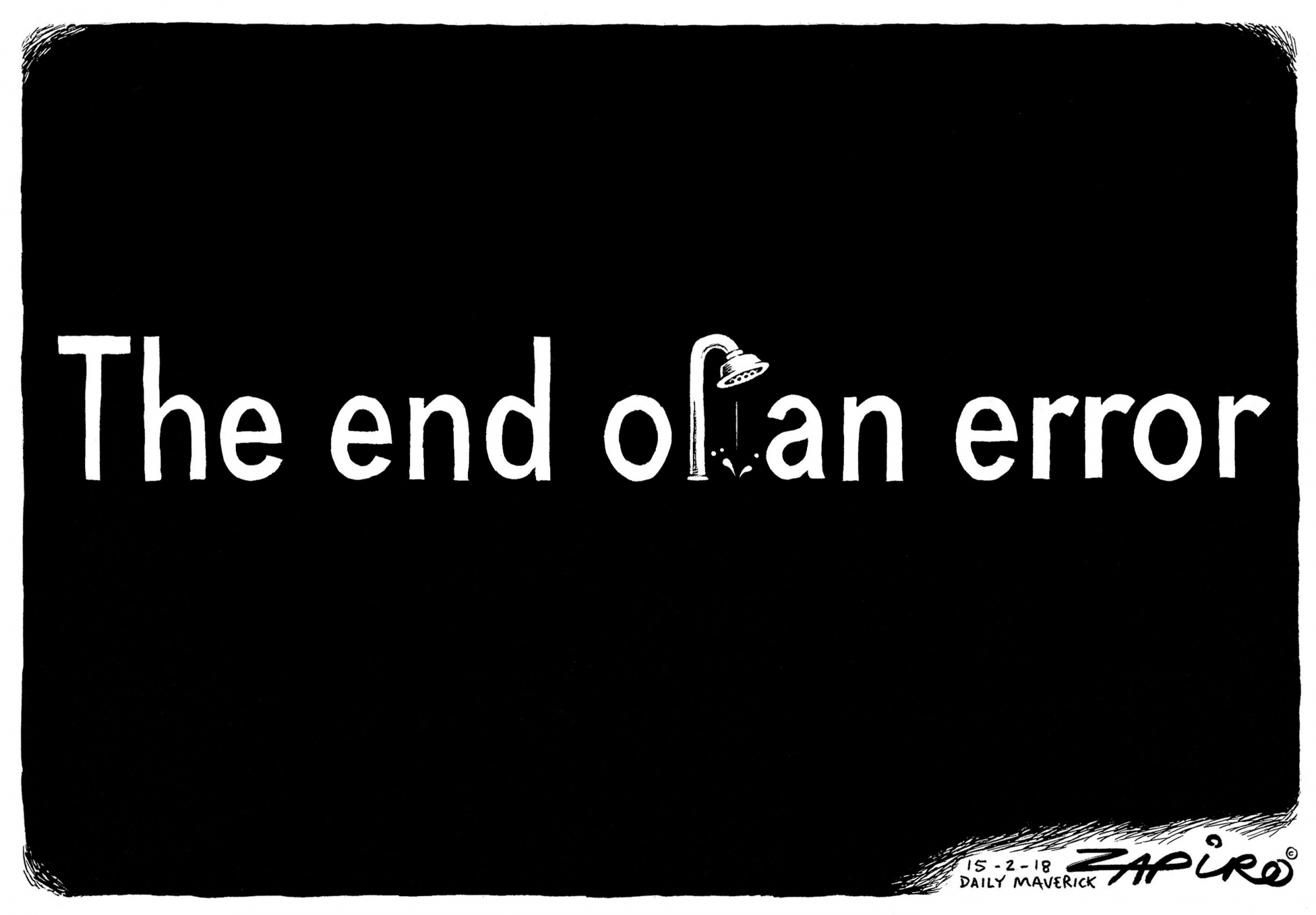