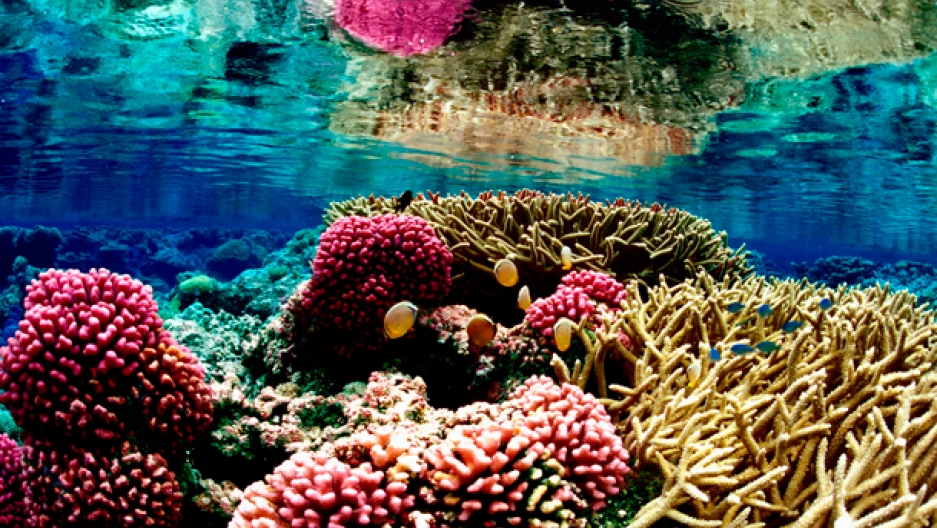 Coral reefs harbor one of the most diverse ecosystems on the planet as well as supporting fisheries, tourism and the overall health of the ocean. The world has lost 50% of its reefs since the year 1870.

The outlook for biodiversity on Earth is grim, according to a new United Nations report.

UN scientists warn that roughly 1 million plant and animal species are on the verge of extinction due to human activity. It would be the first mass extinction since humans started walking the earth and has dire implications for the survival of our own species. Already, humans are losing key ecosystem services that nature provides, including crop pollination, storm mitigation, and clean air and water.

“We are eroding the very foundations of our economies, livelihoods, food security, health and quality of life worldwide.”

“The overwhelming evidence of the IPBES Global Assessment, from a wide range of different fields of knowledge, presents an ominous picture,” said Sir Robert Watson, chair of the Intergovernmental Science-Policy Platform on Biodiversity and Ecosystem Services. “The health of ecosystems on which we and all other species depend is deteriorating more rapidly than ever. We are eroding the very foundations of our economies, livelihoods, food security, health and quality of life worldwide.”

Hundreds of scientists from around the globe came together and compiled information on species extinctions and loss of habitat. They arrived at the figure of one million at-risk species by measuring diversity in different areas, the amount of habitat that has been lost and the amount of habitat projected to be lost in the coming years.

Related: Is 'new economics' the way to save the planet?

“We're already losing so many species because of our footprint, because of altered habitats. ... It makes it even harder for species to adapt to climate change because their ability to move is impacted by habitat loss and fragmentation.”

“The UN wants to bring this issue to the forefront in the same way that climate change has been brought to the forefront with [the] IPCC reports,” explains Noah Greenwald, endangered species director at the Center for Biological Diversity. For many species, extinction could occur in the next couple of decades if humanity doesn’t take action soon. And our ability to reverse the current trends diminishes as time goes on, he adds.

Species loss and climate change are deeply interrelated. “We're already losing so many species because of our footprint, because of altered habitats,” Greenwald explains. “It makes it even harder for species to adapt to climate change because their ability to move is impacted by habitat loss and fragmentation.”

Habitat that remains may be less suitable for many species if local conditions become too warm, too wet or too dry. Or in other cases, the climate might still be right for plants, but not for their pollinators.

In addition to habitat destruction, invasive species, pollution and direct exploitation are the primary threats to species worldwide, Greenwald says. While oceans and tropical rain forests are particularly vulnerable, species of all kinds in every type of ecosystem require protection from extinction.

The report concluded that a third of all fisheries are unsustainable, and while efforts have been made to slow tropical deforestation, it continues at an alarming rate.

“The conversion to palm plantations in Indonesia has been one of the most striking examples in recent years, but there are others as well,” Greenwald says. “We have to figure out a way to help these countries not destroy their forests and protect their forests,” he maintains. “It's critically important for biodiversity. It's also critically important for climate because these forests help regulate our climate and store massive amounts of carbon.”

Coral reefs, which are enormously important to biodiversity in the oceans, also continue to suffer great losses. Fifty percent of the world’s coral reefs have died since 1870. Greenwald has witnessed this loss personally. He spent a month in 1990 at a campground in Maui, where he swam in a coral reef teeming with life. He returned to the same campground this spring and “observed, largely, a dead reef where there had once been this incredibly live, beautiful reef,” he says.

Near-shore habitats, whether tropical or nontropical, contain most of the species in the ocean; human activity has the most impact on these areas, he points out.

Closer to home, in North America, the leading edge of the extinction crisis is our freshwater ecosystems — our rivers and streams, Greenwald says. “That’s where the most species have been lost. We're at risk of losing many fish, mussels, crayfish. We’ve been working to get these species protected under the Endangered Species Act.”

Related: Scientists warn a million species at risk of extinction

Greenwald believes the report did a good job of highlighting the concept of “ecosystem services,” which explain why biodiversity loss affects humanity.

“Most of our medicines come from species and from ecosystems; all of our food; ecosystems clean our water, clean our air, moderate floods, moderate our climate. We need ecosystems for our quality of life and for our very own survival.”

“Ecosystems do things for us,” Greenwald explains. “Most of our medicines come from species and from ecosystems; all of our food; ecosystems clean our water, clean our air, moderate floods, moderate our climate. We need ecosystems for our quality of life and for our very own survival.”

The component parts of any ecosystem are its species and as more species are lost, the ability of that ecosystem to function and provide these services becomes compromised.

An analogy that's often used is an airplane, Greenwald says. “You can maybe lose a couple bolts here and there and the plane will still fly. But as you lose more and more parts, you're going to eventually drop from the sky. That's the concern — that we're going to lose these ecosystem services, which provide so much benefit to us.”

As distressing as this all may sound, Greenwald believes we must also remember that “there’s a lot of nature left to protect and we still have a beautiful world.”

“We just need to work harder to protect it,” he says. “We have to let those in power know that this is critically important to us and that we need change. We need a fundamental transformation in how we do business, both to address loss of biodiversity and to address climate change.”