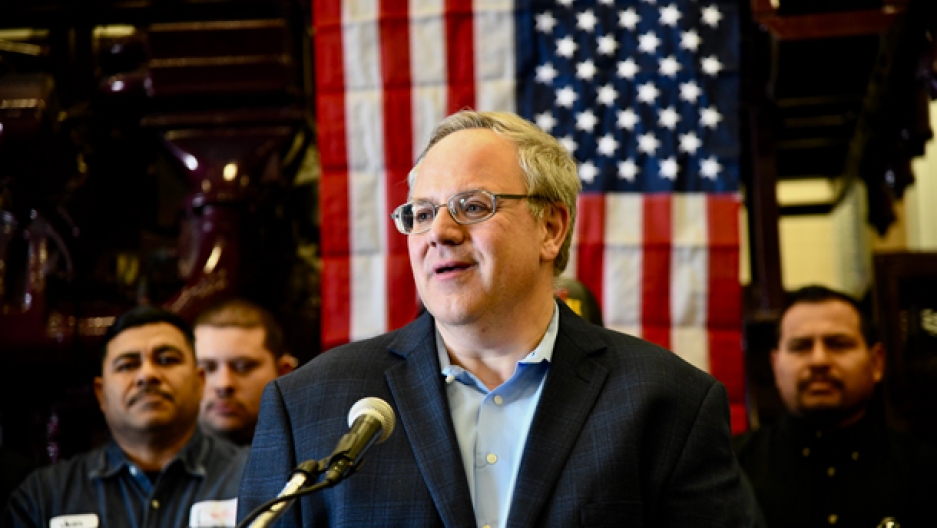 Former oil and agribusiness lobbyist and former Deputy Secretary David Bernhardt was confirmed on April 11 by the Senate with a 56-41 vote as US secretary of the interior.

US Department of the Interior

Former oil and agribusiness lobbyist David Bernhardt is the Trump administration’s new secretary of the interior and, like his predecessor Ryan Zinke, he is already dogged by allegations of ethical missteps from his time as deputy secretary, which began in 2017.

Recently, over 84,000 pages of documents surfaced alleging that Bernhardt interfered with a US Fish and Wildlife Service report on the dangers the pesticides chlorpyrifos, malathion and diazinon pose to endangered species and other species alike.

The Center for Biological Diversity and The New York Times obtained the documents using the Freedom of Information Act. Based on what he has seen, Brett Hartl, the center's director of government affairs, questions if the public interest will be the highest priority for Mr. Bernhardt.

“His track record is very much on the side of industry and special interests, and he's worked over the last 20 years or more with a pretty single-minded purpose to weaken conservation laws [and] to weaken protections … on public lands and for wildlife,” Hartl said.

Bernhardt served as solicitor at the Interior Department during the George W. Bush administration, so “he knows all the ins and outs of how bureaucracies work, how the federal government makes decisions and where the pressure points are and how to make things happen,” Hartl said.

“In this administration, we've seen a lot of very unqualified nominees — people who do not understand the job they're doing. David Bernhardt knows what he's doing and he knows what he wants, and I think that's actually why he's so dangerous,” Hartl added.

Bernhardt’s interference with the pesticide report from Fish and Wildlife has raised concern inside and outside the government.

The agency, which is responsible for protecting, conserving and recovering endangered species, worked on an assessment called a biological opinion under the Endangered Species Act. This biological opinion reviewed the impacts of three pesticides: chlorpyrifos, an insecticide that is thought to cause neurological developmental problems in children; and two others, malathion and diazinon.

All three pesticides are organophosphate insecticides. They were discovered during World War II because they have the same chemical properties as nerve agents, meaning they affect the nervous system in all animals of all types, Hartl explains. Scientists have long suspected their harmful effects on endangered species, and career staff at Fish and Wildlife worked for four years to understand exactly where those harms happen and to which species, Hartl says.

The documents obtained under the Freedom of Information Act show that when Bernhardt was briefed by the career staff at Fish and Wildlife on the results of their assessment, he basically put a stop to it, despite, Hartl notes, being told that nearly 1,400 endangered plant and animal species — out of a total of 1,750 across the US — were being jeopardized by these pesticides.

“Jeopardized” is a term used in the Endangered Species Act to mean that a species’ existence is at risk and is potentially closer to extinction, Hartl explains.

The Trump administration is doing its best to keep more documents about these pesticides out of the public's view, Hartl says, so no one yet knows which species Fish and Wildlife concluded are most at risk from their use. After The New York Times story broke, House Democrats requested that more documents be released to the public and Sen. Ron Wyden of Oregon asked the inspector general, the watchdog of the Interior Department, to look into the issue.

Hartl says the Center for Biological Diversity has long argued that if we don’t understand the impacts of pesticides on endangered species, we will not have a full understanding of how they affect everything else, including human health.

“Very few pesticides have any meaningful site-based restrictions on their use,” he explained. “You can use most pesticides anywhere in the nation to address any crop. Many of them are used for noncrop activities, as well — tree farms or mosquito control or whatever. But we don't really think about the large-scale impacts on functioning, healthy ecosystems if we’re being doused by insecticides, fungicides and herbicides. All pesticides are basically poisons, and how they affect nontarget organisms is just not considered.”

Pesticide companies are, and have been, large donors to the Trump administration, Hartl points out, which could explain Bernhardt’s reluctance to release information to the public that could affect the industry’s bottom line. Dow Chemical, the maker of chlorpyrifos, gave $1 million to Donald Trump's inauguration in 2017. Very soon after, the company wrote a letter to then-Secretary Ryan Zinke at the Interior Department, as well as to Scott Pruitt at the Environmental Protection Agency, asking them to stop the pesticide reviews.

The Obama administration was on the verge of banning chlorpyrifos, but ran out of time to do so. Trump’s EPA administrator, Pruitt, reversed the effort ban the pesticide, against the recommendations of EPA’s own scientists. But in 2018, a federal appeals court ruled that Pruitt’s decision endangered public health and gave the EPA 60 days to remove chlorpyrifos from public sale.

This article is based on an interview that aired on PRI’s Living on Earth with Steve Curwood. Mr. Bernhardt declined to respond to repeated requests from Living on Earth to appear on this program.