Earth Day Network, the organizing group that leads Earth Day worldwide, is focusing its efforts for the annual event in 2019 by identifying 14 species that are key to their ecosystems and face endangerment from human activity.

"The unprecedented global destruction and rapid reduction of plant and wildlife populations are directly linked to causes driven by human activity: climate change, deforestation, habitat loss, trafficking and poaching, unsustainable agriculture, pollution and pesticides to name a few," Earth Day Network writes on its website. "The impacts are far reaching."

Here are the 14 species: 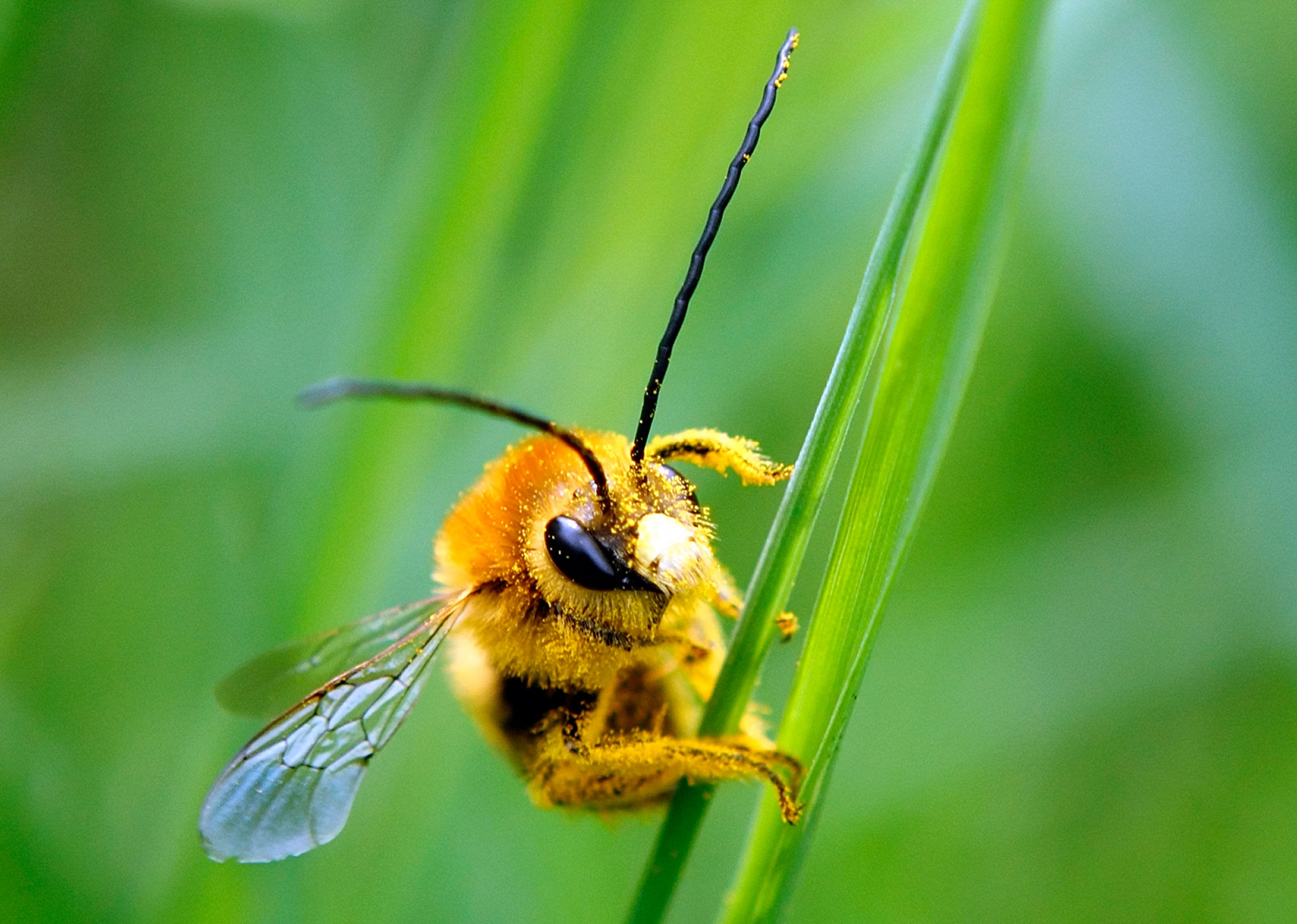 The bee shown above sits on a blade of grass on a lawn in Klosterneuburg, Austria. The European Commission said on Monday it would go ahead and impose a temporary ban on three of the world's most widely used pesticides because of fears they harm bees, despite EU governments failing to agree on the issue.

In a vote on Monday, EU officials could not decide whether to impose a two-year ban — with some exceptions — on a class of pesticides known as neonicotinoids, produced mainly by Germany's Bayer and Switzerland's Syngenta. The Commission proposed the ban in January after EU scientists said the chemicals posed an acute risk to honeybees, which pollinate many of the crops grown commercially in Europe. 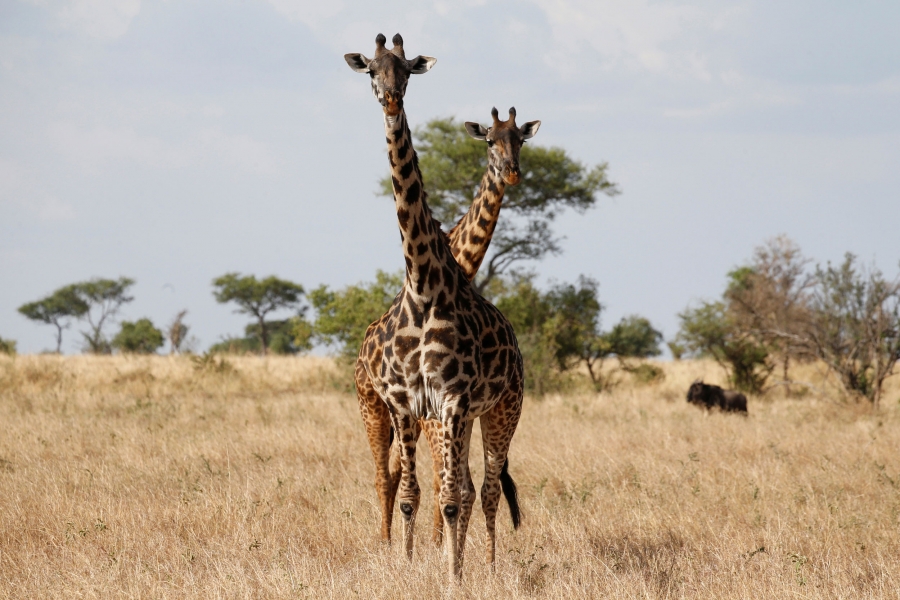 The world's tallest mammals have declined in population, from 155,000 in 1985 to just 80,000 in 2018. The curious creatures drive ecotourism and conservation, which help protect other wildlife in their ecosystem.

The herbivores also play a key role in plant growth, spreading seeds from the fruits and plants they eat. Acacia trees, their main source of food, are under threat from climate change and habitat loss. Giraffes are also poached for their tails and meat, and hunted as trophies. 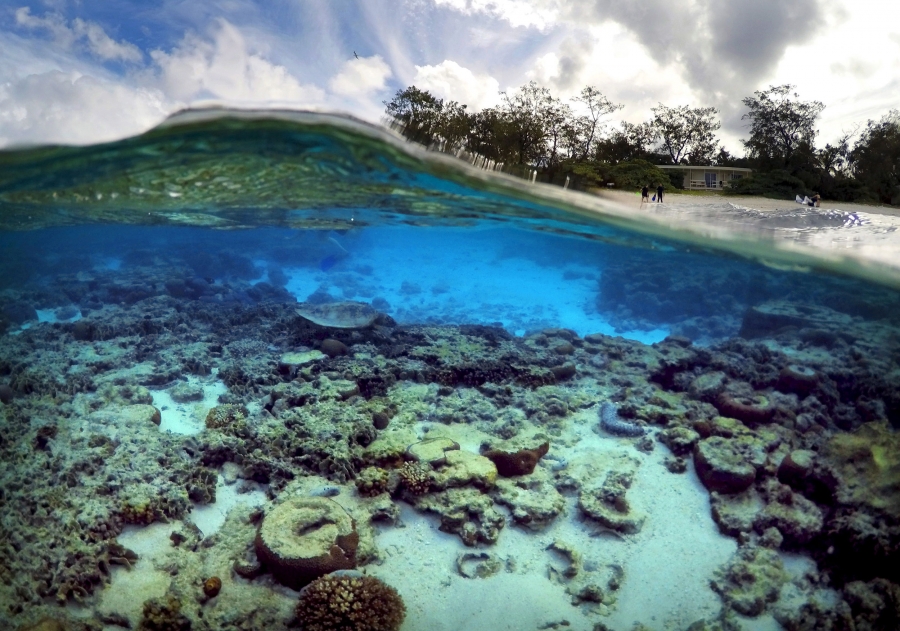 These tropical and subtropical features, found in the Atlantic, Pacific and Indian oceans, are home to more than a quarter of the planet's marine life — and have a key role for eco-tourism and fisheries. They are threatened by ocean acidification from climate change; pollution from sunscreens, agriculture, sewage and chemicals; coastal development; overfishing; and tourism-related destruction from stepping and anchoring on reefs. Twenty-five percent of reefs around the world are considered damaged beyond repair, and close to 65 percent are under serious threat. 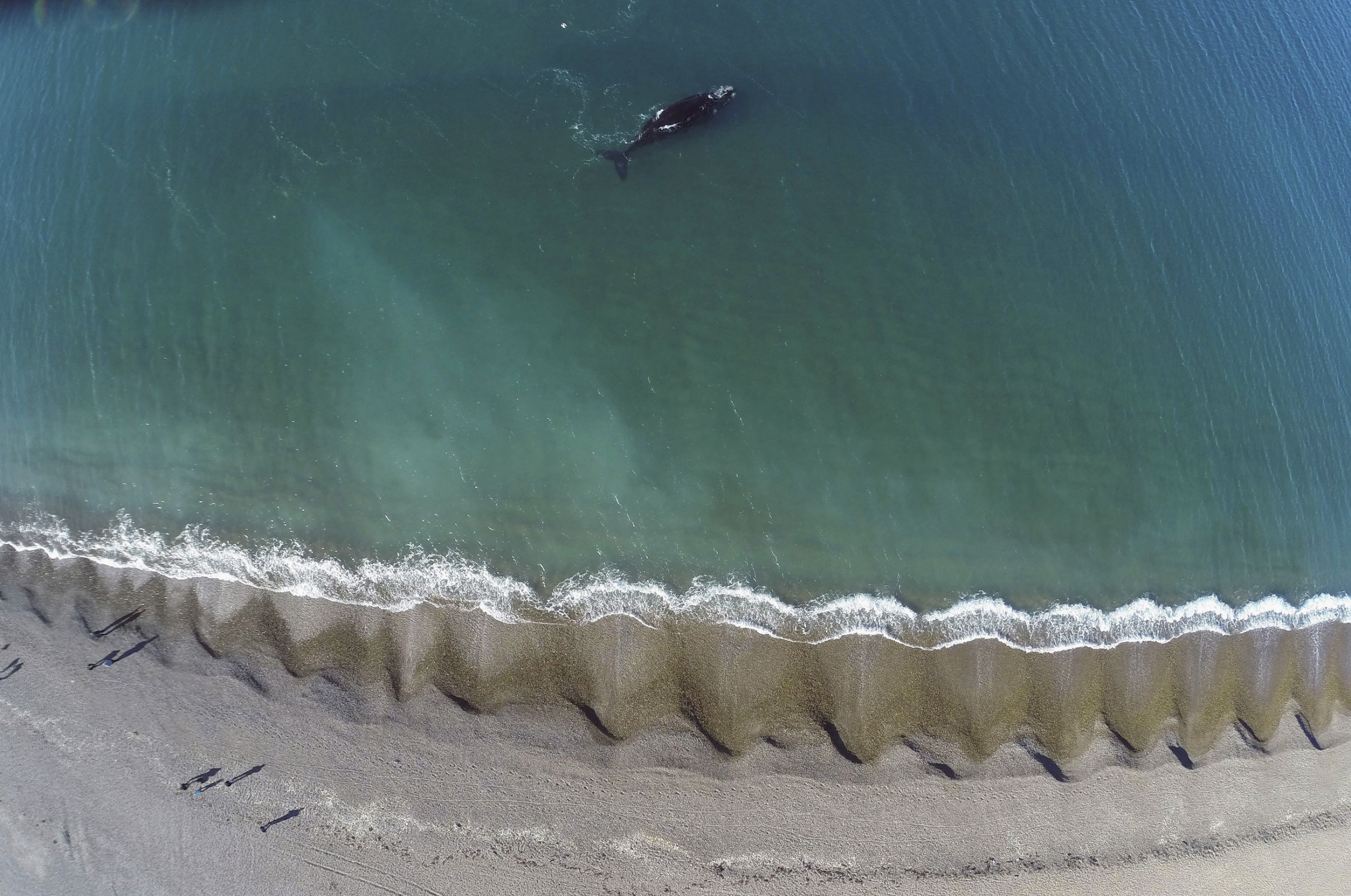 These marine mammals are facing steep population declines worldwide. Their role in ocean ecosystems is complex: They recycle nutrients by feeding at lower depths and releasing them near the surface, and become food for bottom-dwelling species when they die and sink to the ocean floor.

Their dung provides nutrients for photosynthesizing plankton — scientists estimate that nearly half of the oxygen we breathe comes from this process. These creatures are believed to possess intelligence comparable to humans, with social organization, empathy, speech and knowledge-sharing. Whales are threatened by water and noise pollution, becoming entangled in commercial fishing equipment, commercial hunting, collisions with watercraft and climate change. 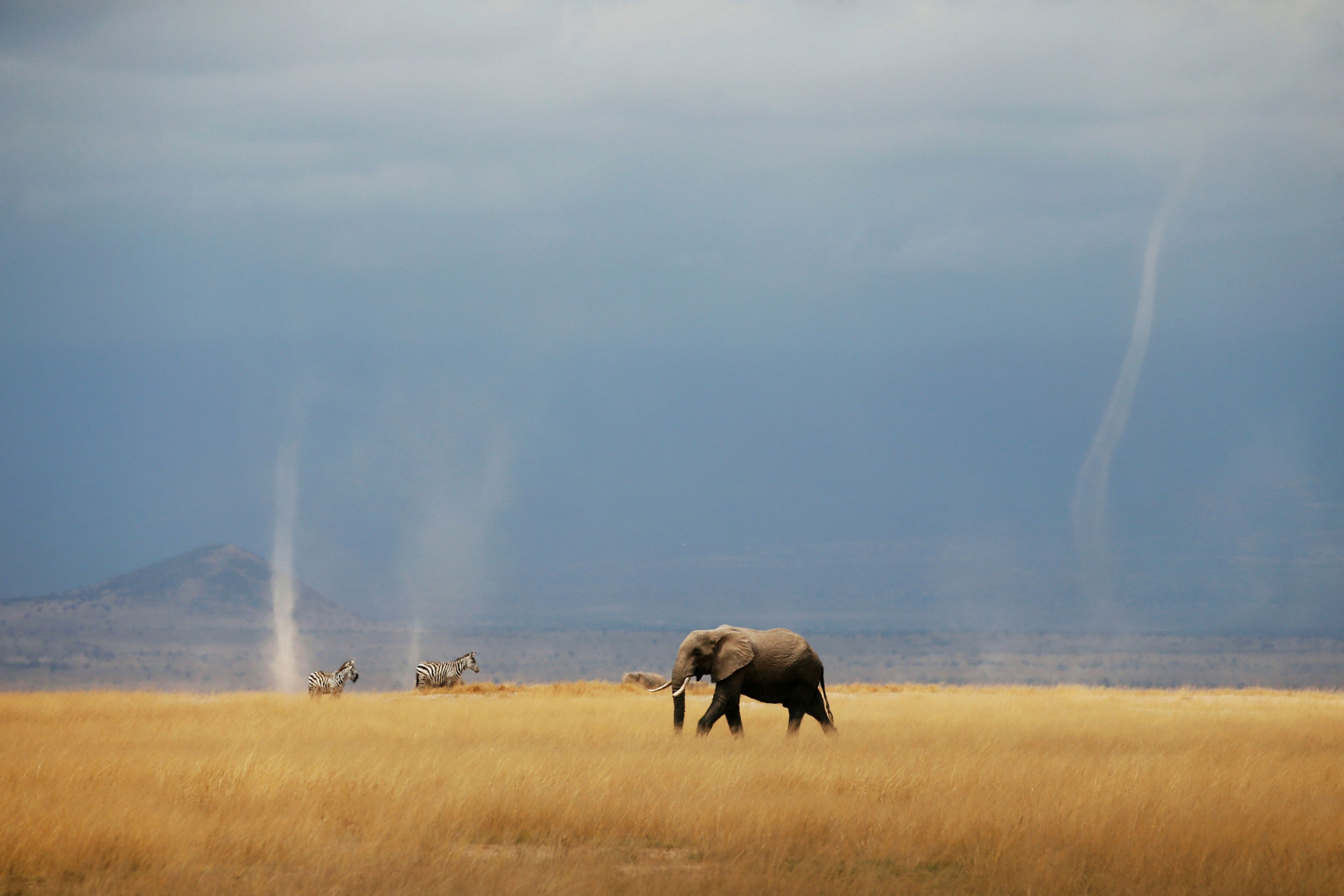 The world's largest land animals are capable of complex feelings and thoughts, and have great memory storage and recall in their five-kilogram brains. They attract eco-tourism, which protects wilderness for many species, and are an important link in ecosystems, creating watering holes and spreading seeds for new growth. Elephants are under threat from poaching — over 20,000 are killed for their tusks and skin every year — as well as habitat loss from expanding human populations and climate change. 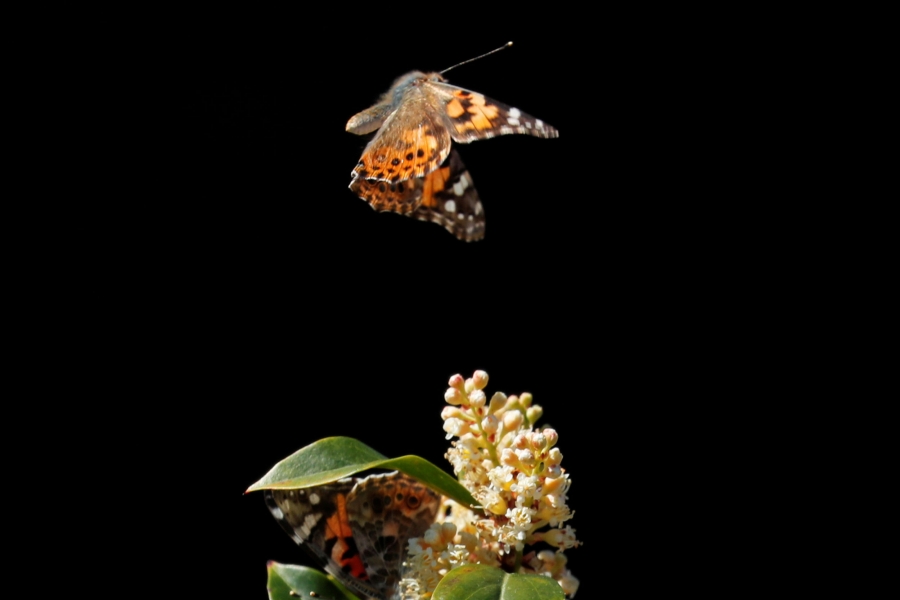 Insects collectively make up 80 percent of all the world's known species — with 200 million insects for every human on Earth. But overall populations have declined 45 percent over the past four decades, causing risks to plant pollination necessary for food production.

Insects are a key component of global ecosystems: Some insects keep other bugs from destroying crops, while others are a food source for other species. Insects are the most vulnerable to climate change, and are also endangered by habitat loss, pesticide use and invasive species. 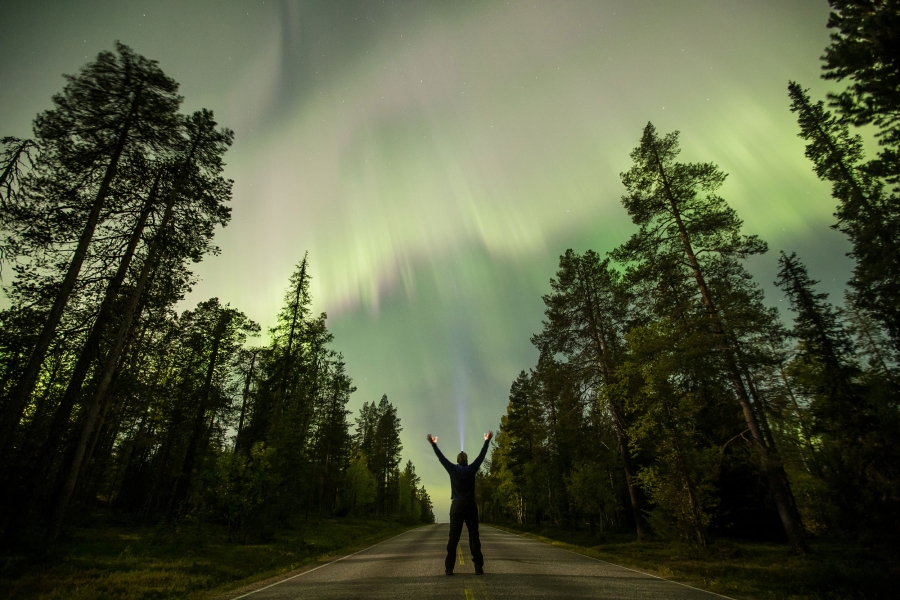 Forests play a vital role in ecosystems: Regulating and maintaining carbon balance; providing shelter for animals; creating nutrient-rich soil; and contributing to the water cycle. Trees are also a major economic contributor through the forestry industry. They are under threat from deforestation, climate change, invasive insects and fires. 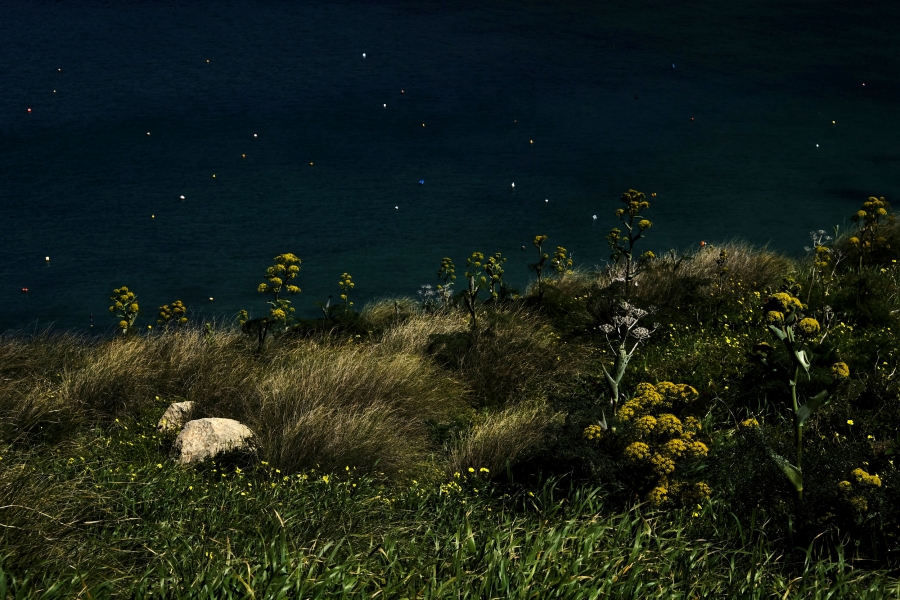 There are more than 380,000 different plant species on Earth, that provide us with food, herbal and pharmaceutical medicine and oxygen. Climate change degrades the soil they grow in and raises sea levels.

Invasive species create competition for resources to the detriment of native plants, while habitat loss comes in the form of urban or agricultural development and fires. Pesticides and insecticides can harm plants and their pollinators, while crop patents reduce biodiversity. 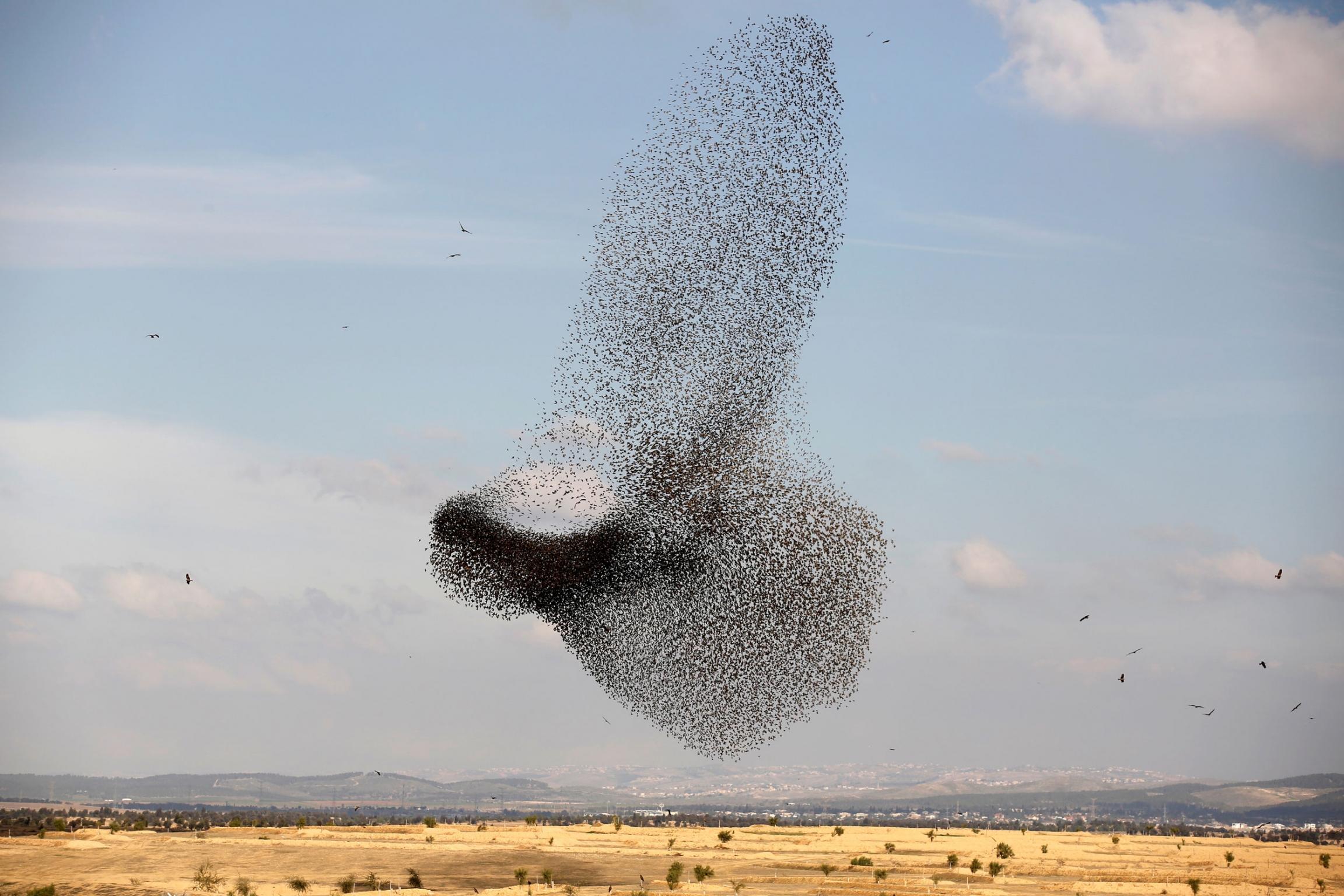 There are roughly 11,000 species of birds, with nearly 40 percent facing significant decline. Birds are scavengers, eliminating waste and remains and eating unwanted agricultural pests. Migratory birds help move seeds and nutrients during their travels. Bird-watching contribute some $40 billion in revenue annually in the United States alone. Among the threats to these creatures are habitat loss, deforestation, climate change and severe weather, plastic and pesticide pollution, and illegal trafficking. 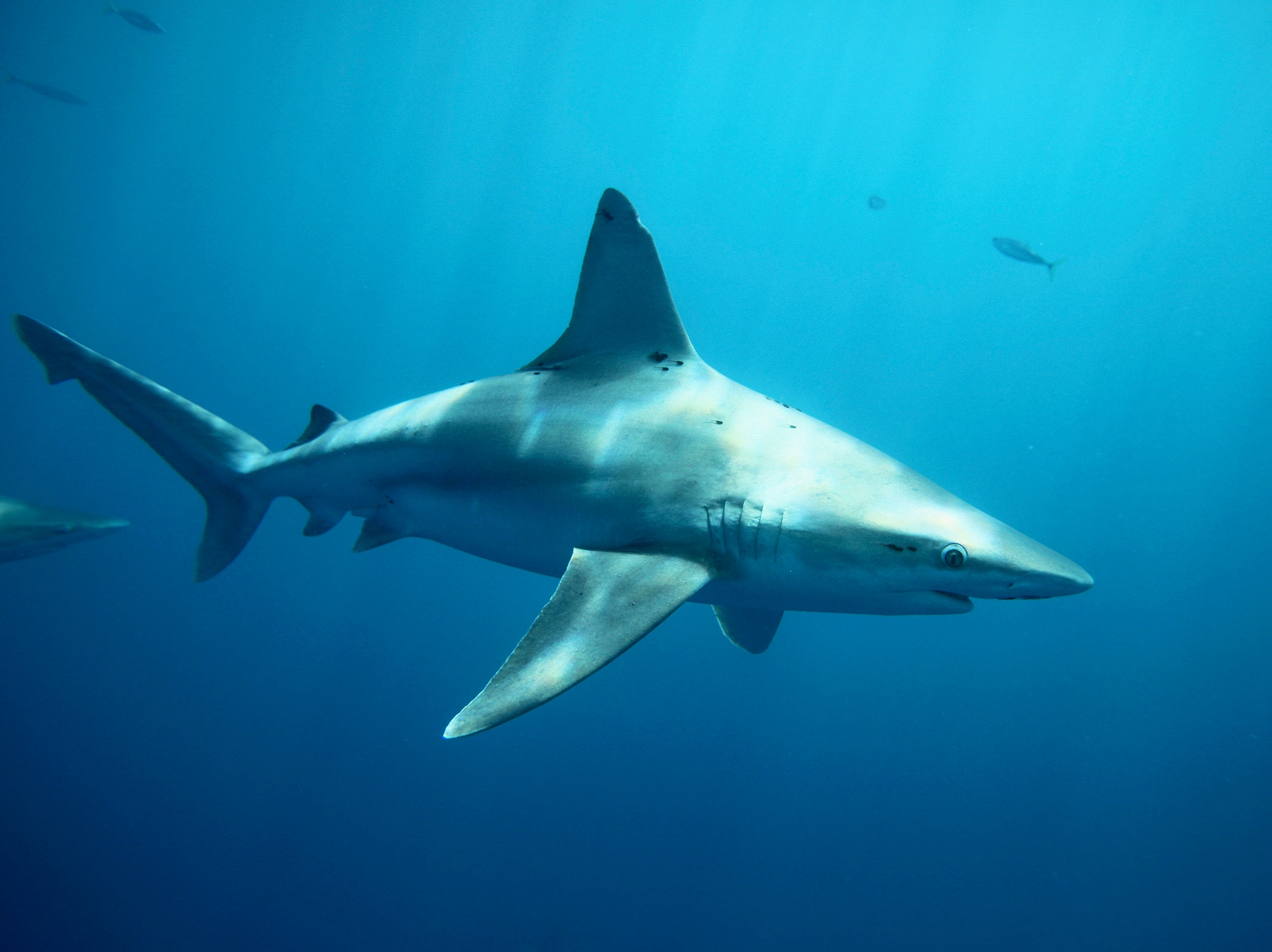 Humans are the greatest threat to these apex predators, which have no known marine predators. Sharks maintain the balance of marine populations below them in the food chain. Without sharks, mid-level species would overconsume creatures at the bottom of the food chain.

It can also affect human food supply: When sharks disappear, fish stocks that humans rely on for industry also collapse. Between 2000 and 2010, some 100 million sharks were killed annually — many hunted for their meat and fins or caught by trawling boats as bycatch. Climate change alters their habitats, affecting their ability to reproduce and find food. 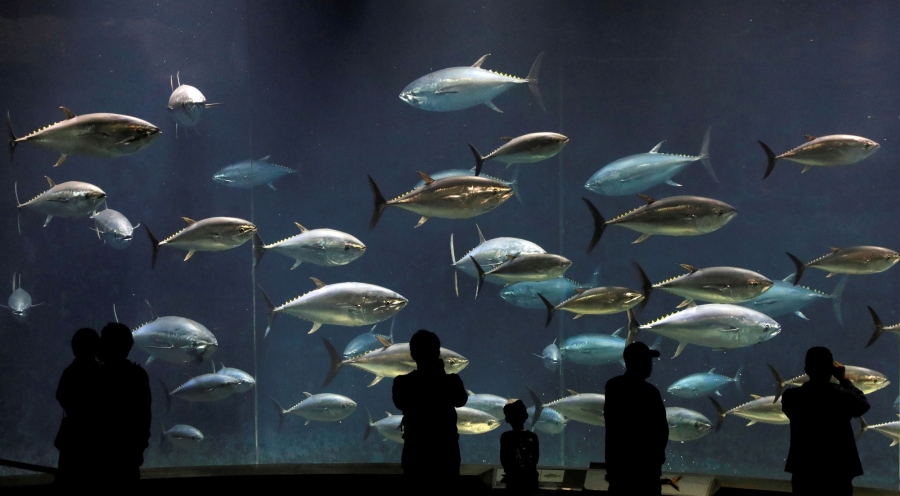 There are an estimated 32,000 different species of fish worldwide, 33 percent of which are being fished at unsustainable levels. Overfishing is a destabilizing force in marine ecosystems that affects the entire aquatic food web.

Fish are also an economic driver, with some 120 million people dependent on these species for their incomes. Climate change disrupts their migration, reduces their sizes and threatens the reefs and other habitats that they shelter in. Pollution is also a major threat, with chemicals, waste, fertilizer and oil spills causing harm to fish populations and affecting the seafood that humans eat. 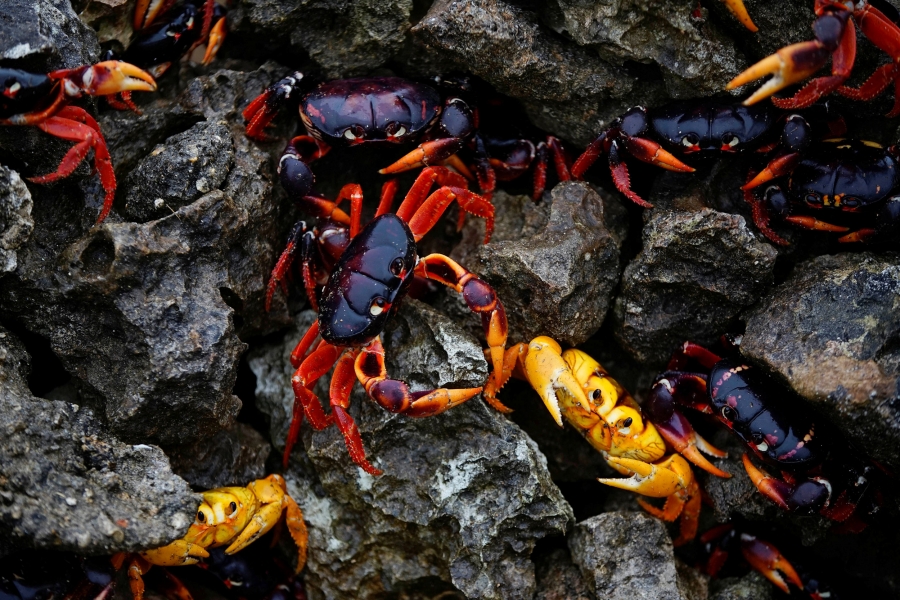 These creatures with exoskeletons are some of the oldest animals on Earth. More than 50,000 known species can be found in fresh and saltwater habitats, playing an important role as food sources for marine animals, recycling nutrients as filter feeders, and decomposing dead organisms.

Crustaceans are also economically important: Blue crabs in the Chesapeake Bay of the US generated an estimated $78 million in 2009 alone. They are threatened by ocean acidification which weakens their shells, loss of habitat on coral reefs, overfishing, and plastic pollution — ingesting microplastics that can travel up through the food chain. 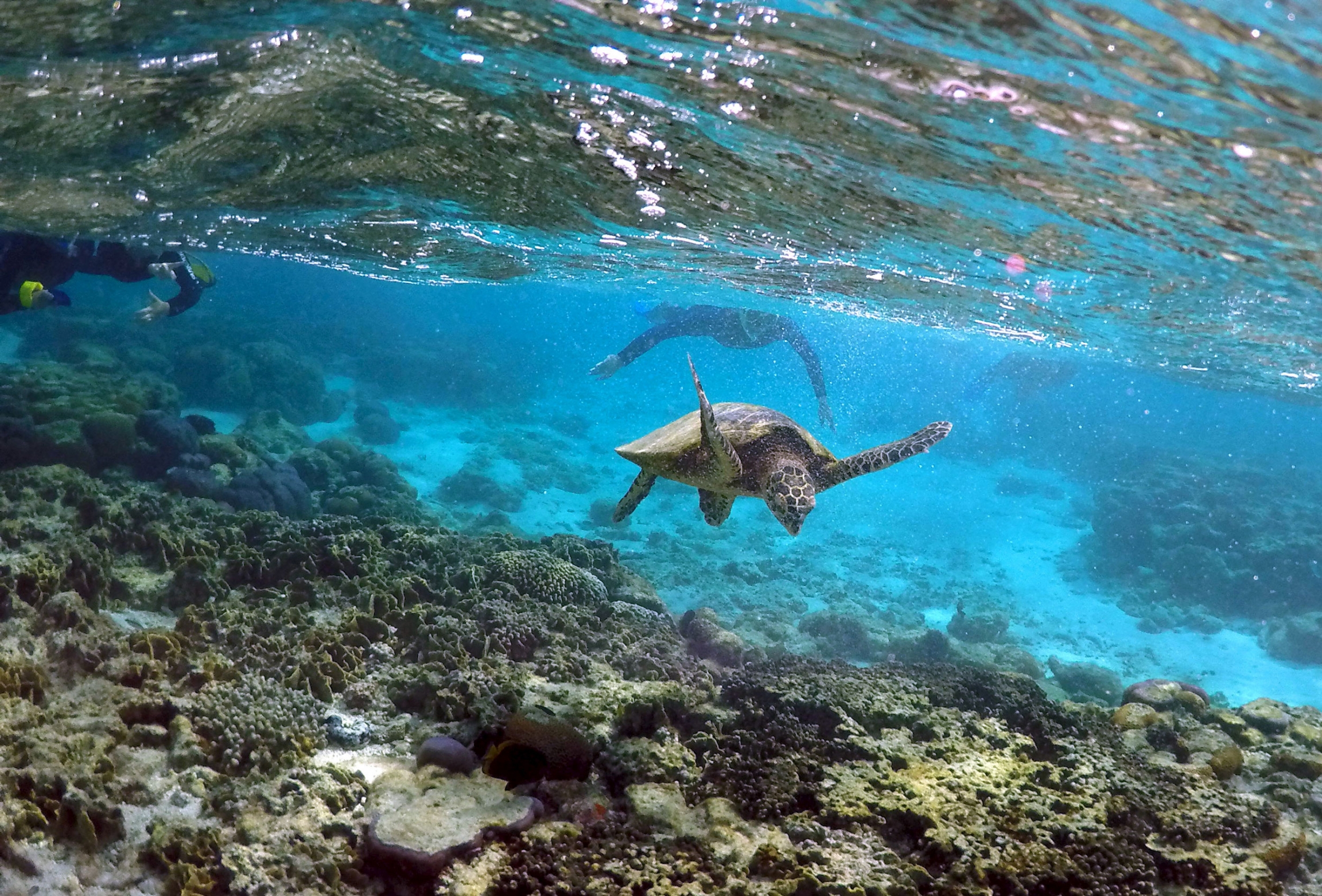 These marine reptiles are some of the oldest creatures on Earth, and can be found around the world in tropical and subtropical areas. Though they lay their eggs in sandy coastal areas, they spend their entire lives at sea, feeding on seagrass and foraging in coral reefs.

Demand for their eggs, meat, skin and shells has led to a rapid decline in their populations. Sea turtles are also threatened by coastal development and human disruption of nesting sites, becoming bycatch in fishing nets and lines, mistaking plastic pollution for food, and global warming. 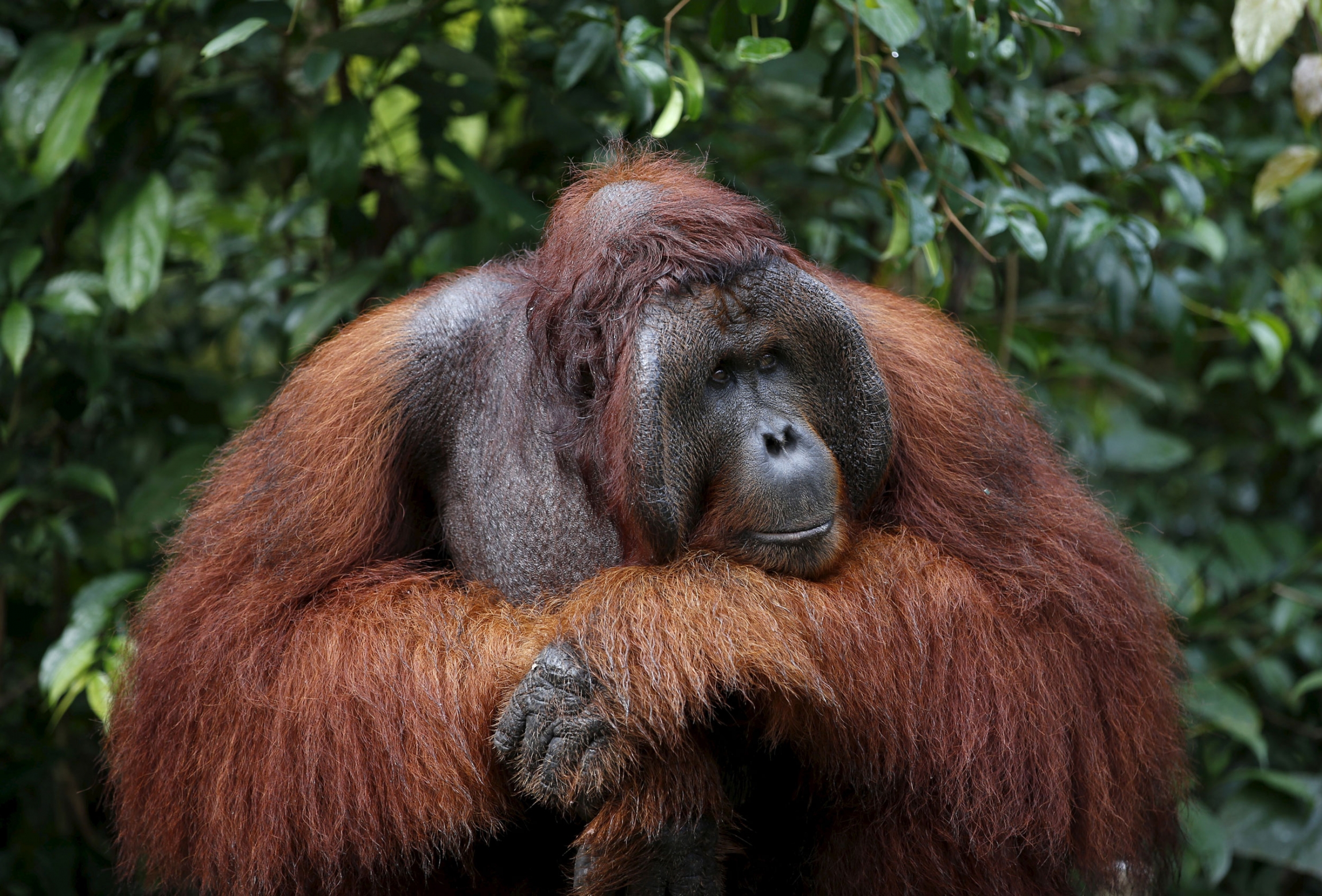 Gorillas, orangutans, chimpanzees and bonobos are the four species of great apes, which possess DNA that is closest to humans. They have shown great intelligence, displaying altruism by sharing food, using tools and saving them for future tasks.

Great apes are sources of tourism, generating revenue for local communities and funding protection for the creatures and their habitats. They are threatened most by: Habitat loss from agriculture, logging and development; deforestation for palm oil; fires, droughts and rainfall from climate change; and illegal trade and captivity.