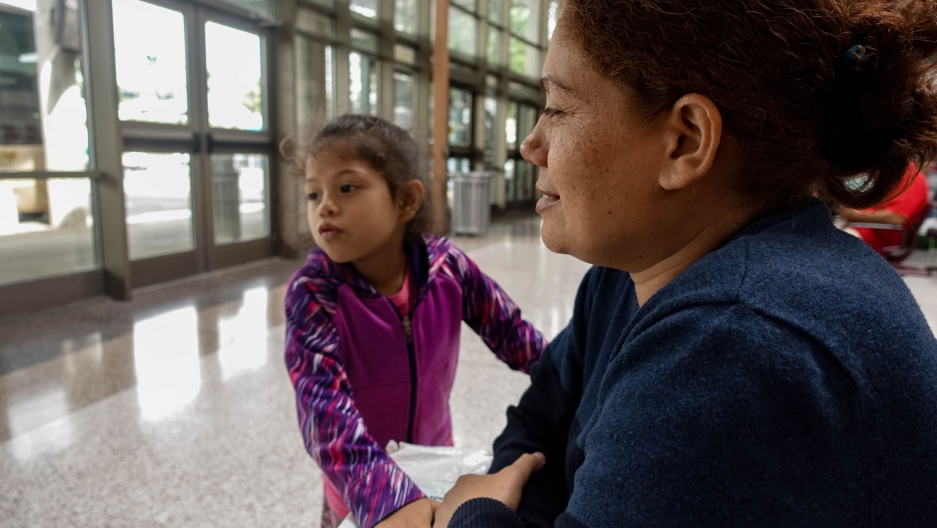 Ana Patricia Castellano, 34, waits at a Greyhound bus station in McAllen, Texas with her 4-year-old daughter, Alejandra Sofia. They traveled to the US from Comayagua, Honduras.

“The breaking point has arrived this week,” he said somberly at a press conference on Wednesday in El Paso, Texas. “CBP is facing an unprecedented humanitarian border security crisis all along our southwest border.”

Migrants typically turn themselves in to Border Patrol agents. Apprehensions are on track to exceed 100,000 this month, driven by families seeking asylum. It’s an increase over last month’s 76,000, and it’s prompted authorities to release them into the US without first turning them over to Immigration and Customs Enforcement or detaining them. 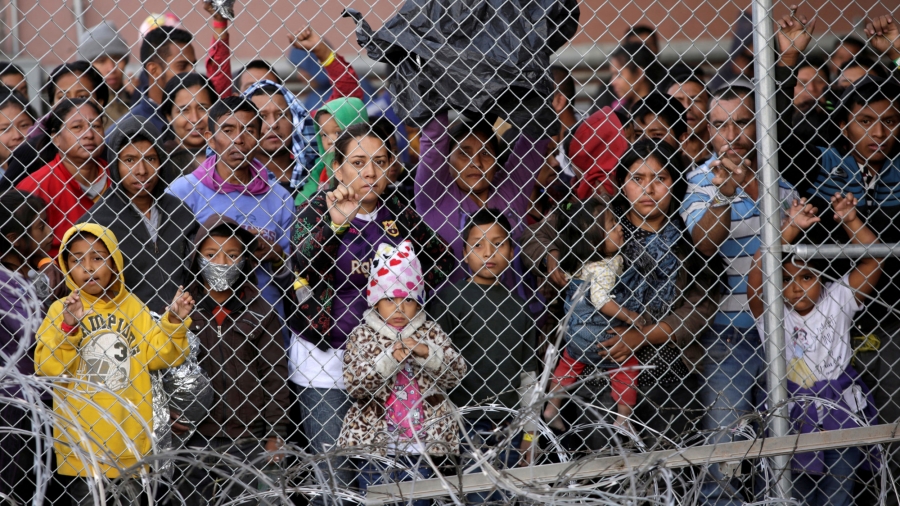 Central American migrants are seen inside an enclosure where they are being held by US Customs and Border Protection, after crossing the border between Mexico and the United States and turning themselves in to request asylum, in El Paso, Texas, on March 27, 2019.

It’s been over a decade since the United States has seen such a surge of unauthorized migrants coming over the southern border. And the number of families is unprecedented. It seems like a paradox at a time when the Trump administration has focused on deterrence.

So why are so many migrant families arriving, all at once?

Interviews with immigration experts and migrants newly arrived in McAllen, Texas, suggest a complex dynamic that includes deepening political and economic crises in some Central American countries, safer and cheaper ways for migrants to reach the US, and a belief — grounded in reality — that parents who travel with their young children are more likely to be allowed in than adults who arrive alone.

“You have got a worsening economic and political situation in Guatemala and Honduras, smugglers who have diversified their services and become more aggressive in the face of competition from the caravans, and a greater awareness of the ways that families can navigate the system in the United States,” said Andrew Selee, president of the Migration Policy Institute in Washington, DC.

Notably, the increase has accelerated in the months since last June, when President Donald Trump announced the end of the United States’ “zero tolerance” policy where children were separated from their parents at the border.

Migrants trying to come in and US officials trying to keep them out are locked in a vicious cycle: Tough immigration policies mean migrants who are single males have little to no chance of being released into the US. So, parents increasingly opt to come with their children — playing into Trump’s frequent criticism that parents are using their children as pawns to gain access to the US. (There’s a high chance they won’t get to stay. US asylum denial rates are soaring.)

Smugglers, meanwhile, have made it easier and safer for migrants traveling with children to reach the US, by using express buses that carry them to the US border in a matter of days. What was once a weeks-long dangerous trek through Mexico has become — if not exactly safe — a vastly simpler journey.

As more migrant families make it to the US, word is traveling back to their home countries that the trip is doable — prompting yet more people to come.

And why not? In Honduras, gangs rule many neighborhoods with a reign of terror, and regular people often can’t make ends meet. In Guatemala, crushing poverty in the Indigenous Highland regions shows no signs of letting up. Those two countries are driving much of the increase in US arrivals.

Salvadoran migration to the US lags far behind its two Northern Triangle neighbors. Meanwhile, more Nicaraguans are fleeing deepening political crisis in Nicaragua, where President Daniel Ortega is waging a  battle on political dissidents and their families.

Trump has used the rise in migrant families arriving at the border to fortify his demands for a border wall. At the same time, he has tied up hundreds of millions of dollars in congressionally approved aid to for El Salvador, Guatemala and Honduras that is meant to spur economic growth, curtail violence, and improve the justice systems in the three countries.

“What we have seen is efforts to cut aid to Central America rather than to address the root causes of migration,” she said. “Unless you really focus on why people are coming, you’re not going to be able to work to stop them.”

In their words: Migrants explain why they came to the US 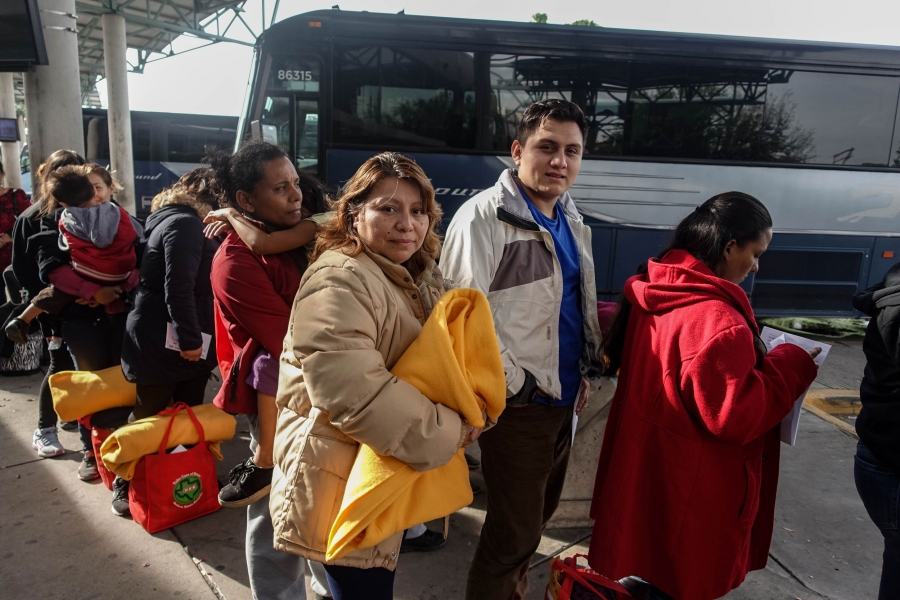 Patricia* and her son, Jim, 17
Patricia: "We are from a “red zone” in Guatemala City. I came to the United States with my son because the gang Barrio 18 was extorting us for $10,000. The first time they called me, in October, I thought it was a joke. But in late January, they told me that if I didn’t pay they were going to kill my son, and that they knew where I lived, where my business was. I had a beauty salon there. The gang told me if I went to the police, they would find out because they had informants there. They said I had one last chance to pay or that someone would find me or my son’s dismembered body. My son and I fled Guatemala then and there. My brother, who is in the US, lent me $6,000 to make the trip. I left behind two daughters, 10 and 8, with my mom." 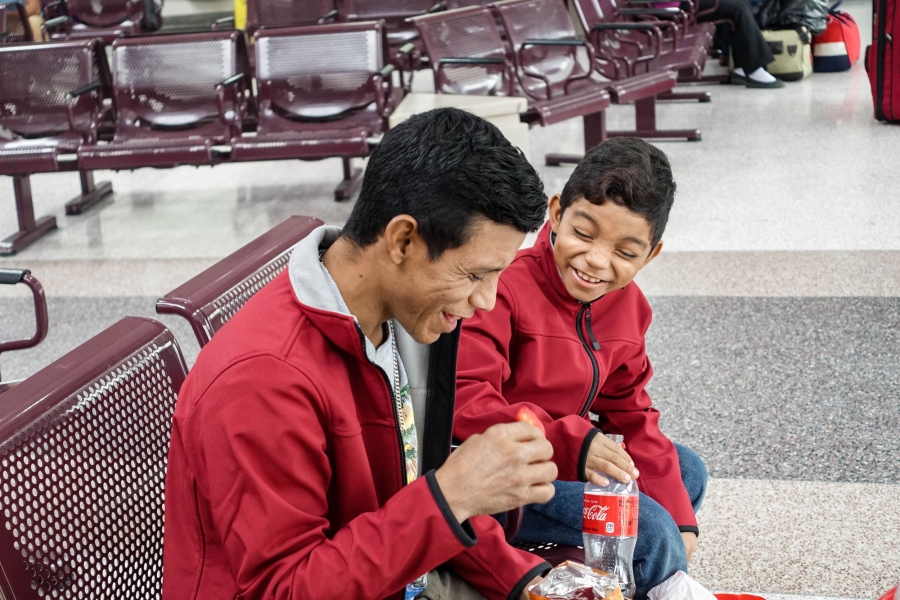 Rubén Gómez and his son Steven, 11, from Nicaragua

Gómez: “The trip to the border was 14 days. It was a very sad trip. Because I left my family behind — my wife and my 14-year-old daughter. It’s the first time I left Nicaragua. I come from a small town. I was a farmer. One day a cousin who lives here in the US called me and said, “Do you want to come?” I didn’t want to because of my family, but he said the law in the US now allows people to come with their kids. And the [political] situation in Nicaragua is getting really bad. Last year there were protests, and people left dead in the streets. My cousin lent me $6,000 to pay the smuggler. I came with my 11-year-old son. He didn’t go to school in Nicaragua because it was too far away. In the US there are more opportunities. The idea is to work hard and bring the rest of the family.” 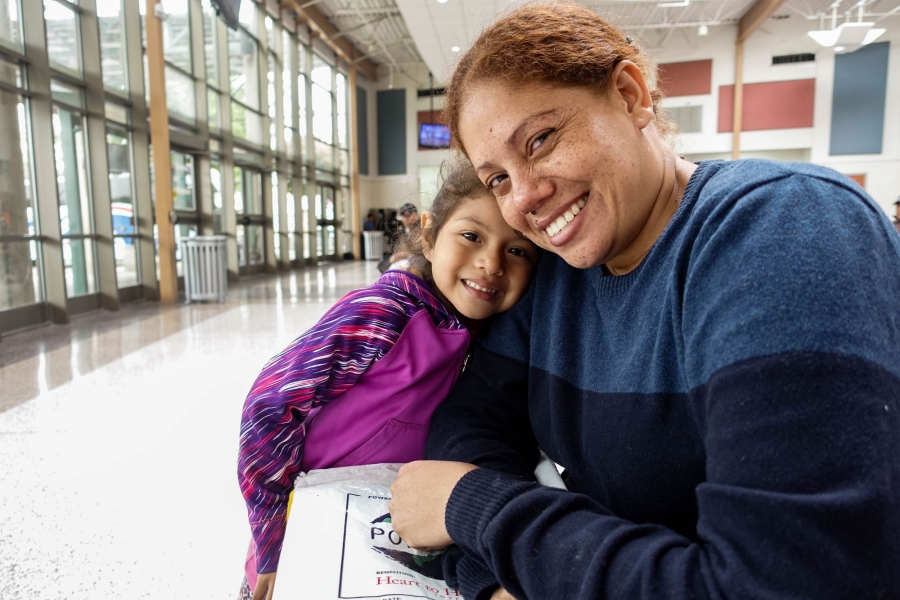 Ana Patricia Castellano, 34, from Comayagua, Honduras, with her 4-year-old daughter, Alejandra Sofia. They are headed to Florida, where Castellano has an uncle.

Castellano: “It’s practically impossible for women over 30 to work in Honduras. When we look for jobs, we are told we are too old. I came to the United States to help my kids get ahead. I heard on the news they were letting people come in with their kids. Not 100 percent, but 99 percent. I left two daughters in Honduras — one is 16 and the other is five. I would have liked to bring them, but I can’t — not yet at least.” 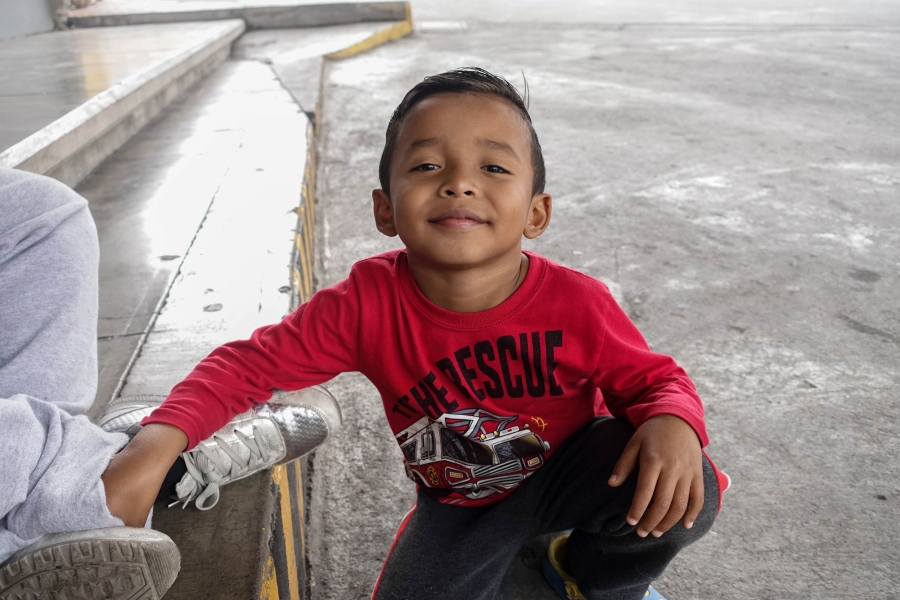 Fernando, 5, came from Nicaragua with his mother, Sandra*. They lived under a bridge next to the port of entry in Matamoros, Mexico, across the border from Brownsville, Texas as they waited a month to apply for asylum.

Sandra: “We participated in protests against the president. Then, in April, they assassinated my brother-in-law. He was like a substitute father to my son. After that, the government started to go after my family. I arrived in Mexico with my son in December. When we got to Nuevo Laredo we were kidnapped by the cartels. They took us from the hotel where we were staying to an isolated place. Took away our phones, interrogated us. I thought we were going to die, but then they let us go. Imagine the fear — you flee from your country and then you arrive here, and something else happens.”

*Some migrants requested only their first names be used to protect their safety.