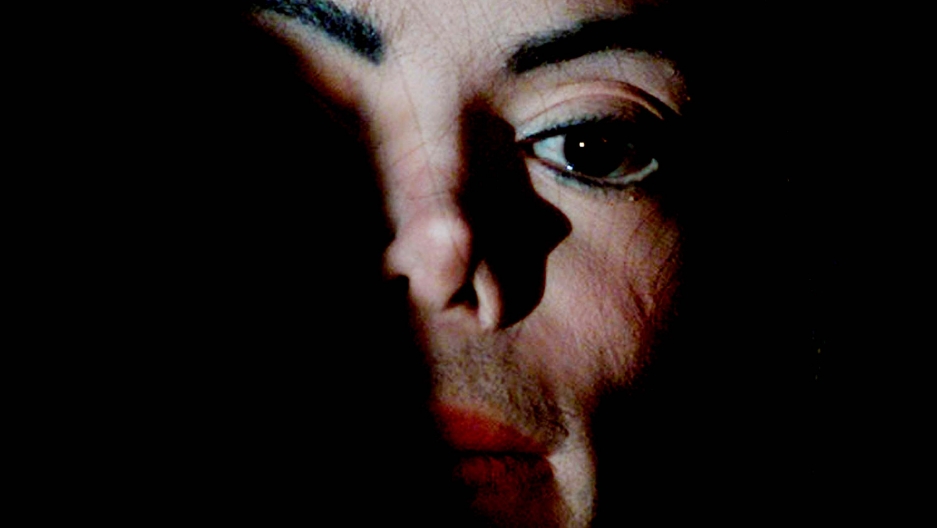 Marking the late singer's 60th birthday in 2019, several museums have curated an exhibit on Jackson as a cultural phenomenon. But after the HBO documentary "Leaving Neverland" was released in March, the conversation is changing.

The director of the National Portrait Gallery in London planned a huge Michael Jackson art exhibit to coincide with the musician’s 60th birthday. It was supposed to tour all over Europe. Then, earlier this month, HBO released “Leaving Neverland,” a documentary in which two men detail allegations of child sex abuse against the singer — abuse they experienced.

The exhibit was already shown in London and Paris, before the documentary came out, but since it’s aired, many institutions around the world have distanced themselves from Jackson's work. Still, museums in Germany and Finland have agreed to mount the exhibition regardless of the controversy. The Bundeskunsthalle in Bonn, Germany, opened “Michael Jackson: On the Wall” to the public on March 23. Next, it will go to the Espoo Museum of Modern Art in Espoo, Finland.

Rein Wolfs is the director of the Bundeskunsthalle, one of Germany's most visited museums. He spoke with The World’s Marco Werman about the museum's decision to go forward with the exhibition.

Marco Werman: The reactions to the allegations in "Leaving Neverland" have been wide-reaching. Radio stations here and across the world are pulling Jackson's songs from their playlists. The hashtag #MuteMichaelJackson has been trending. At least one museum here in the US has removed items related to Jackson. Why are you choosing to move forward with this exhibit?

It's necessary to show cultural history and not to erase cultural history. For us, it's very important that what we saw the last 30 years, in terms of the phenomenon “Michael Jackson” — as a media phenomenon, as a cultural phenomenon — is still present in order to be able also to take lessons for the future.

If they are doing this it's more, like, hidden. For instance, a video by American artist Jordan Wolfson, who is showing this TV interview from the ‘90s where Michael Jackson was defending Neverland against the allegations and was saying to all of us that there was nothing wrong going on in Neverland. Jordan Wolfson takes this video piece, this video footage, he erases the face of everything, in terms of the visual part. He only leaves the eyes on the screen, so you see the eyes of Michael Jackson on a white screen. And you don't have the original audio text running through it, you don't hear Michael Jackson defending Neverland, but you only hear a bit of water running every now and then and nothing else. So he is making something completely different out of this — a defensive interview of Michael Jackson — and turning it into some mysteriously hidden way of what's wrong there.

The exhibition at the Bundeskunsthalle was scheduled to go up before these new accusations of child sex abuse came out. What was going through your mind when the documentary was released? Did it catch you off guard?

I watched it about a week ago. We were shocked here at the Bundeskunsthalle. I feel shocked. I feel uncomfortable with the documentary, of course. We take it seriously and we are finding our language, we are finding a subtext around the exhibition to make people aware of the different situation we're living in today after this documentary came out. The documentary will be broadcast here in Germany on the sixth of April. So there is a lot of communication going on in Germany right now, and I think that finally, it's important that the exhibition is also a platform with which we can allow discussions going on, and in which we can — also by discussions, by speaking to people, by talking to people, and by giving people hints how to look at certain artworks — be able to have these very important discussions about abuse and about those ethical and moral questions which are very much in the foreground these days.

Are you saying that before “Leaving Neverland” came out, you were thinking of this as a varied look at Michael Jackson's life and now, do you think the mission of your exhibit has changed? That you're now trying to prompt a conversation about sex abuse?

Well, the exhibition was never an exhibition specifically on the life of Michael Jackson. It was about a cultural phenomenon. That's how it was conceived by the National Portrait Gallery in London together with the Grand Palais in Paris and together with us.

We are in different times now [...] in which we have a new and very big focus on abuse in general. If it's power abuse, if it's sexual abuse, the whole “me too” subject matter is something which is also here in Europe. And in that sense for us, it's a situation in which we have to find words, and are looking for words together with our audience, to be able to tackle this problem and to be able to make it very clear.

So, now with this new context thanks to the HBO documentary “Leaving Neverland” what do you want people to now take away from this exhibit?

We want people to take away from the exhibit that art and music and culture is directly framed by what's happening in the world. And that today's aesthetic questions are also always framed in the context of ethical and moral questions. And that's a good thing, that we have this new ethical focus of what's happening in the world. It is a step forward in relation to the last decade in which we were also almost forgetting about a lot of ethical questions.

Did "Leaving Neverland" throw you some curveballs that you weren't expecting? Did you have to make changes to the exhibition after these new allegations came out or have any artists asked for their work to be pulled from the exhibition?

No artist asked for taking out the works [from] the exhibition, no artist of all ... 50 of them.

We put a statement at the beginning of the exhibition, and we have a live speaker — a person from [our museum] — who is [there the] whole day in the exhibition and is speaking with people about what's happening and about those different topics. And this person is also giving people guidelines to [...] have more different views on the artworks which are being [shown.] In some artworks, you're looking at them differently after "Leaving Neverland" came out.