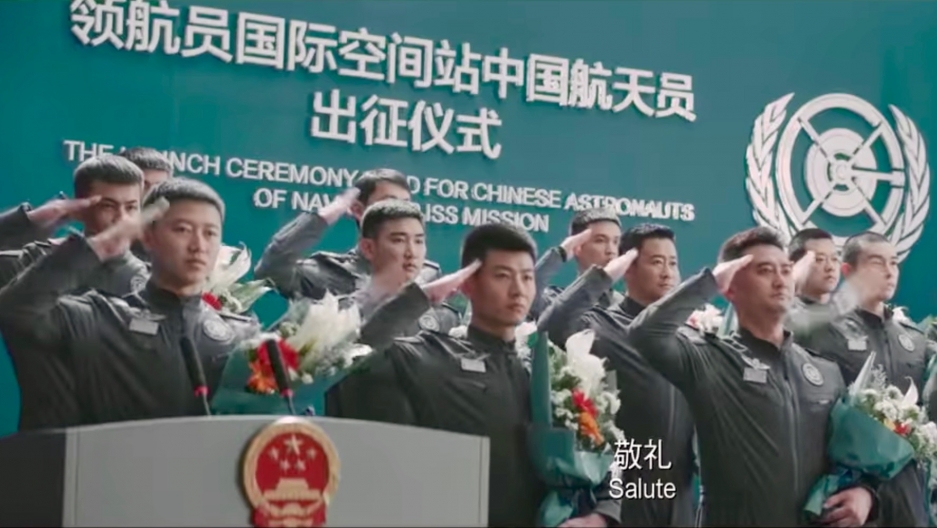 Chinese sci-fi blockbuster The Wandering Earth is coming to Netflix.

The meaning of science fiction stories are often tough to pin down.

Do they depict the future or the present? Are they personal or political? Imaginative or reality-based?

Also, is sci-fi global or local? Were H.G. Wells and George Orwell dreaming up specifically British dystopias? Are the worlds of Ursula K. Le Guin and Philip K. Dick manifestations of American ideals and nightmares?

Reporter Lydia Emmanouilidou set out to answer some of those questions for The World in Words podcast. Lydia has been reading Chinese sci-fi for several years and has watched it blossom from obscurity to worldwide sensation.

Most people attribute this relatively sudden global success to one novelist, Liu Cixin. He wrote "The Three-Body Problem," which became a best-seller after it was praised by Barack Obama and Mark Zuckerberg.

Lydia found that Chinese sci-fi also owes a debt in the English-speaking world to one man in particular: Ken Liu. Liu wasn’t professionally trained as a translator; he was just a bilingual Chinese-American lawyer who happened to love all these new sci-fi stories out of China. And so he translated them.

1:08 “I do hope that the real future will be brighter than my story.”

4:45 What kind of China did it represent?

9:00 How is Chinese sci-fi different from American sci-fi?

12:00 “Like a modern-day author writing a sci-fi story in the language of Chaucer.”

20:10 Does the Chinese government today want to co-opt or suppress sci-fi?

22:05 Writers know there are some things you just can’t say.

Listen to the podcast above. Or subscribe at Apple Podcasts.