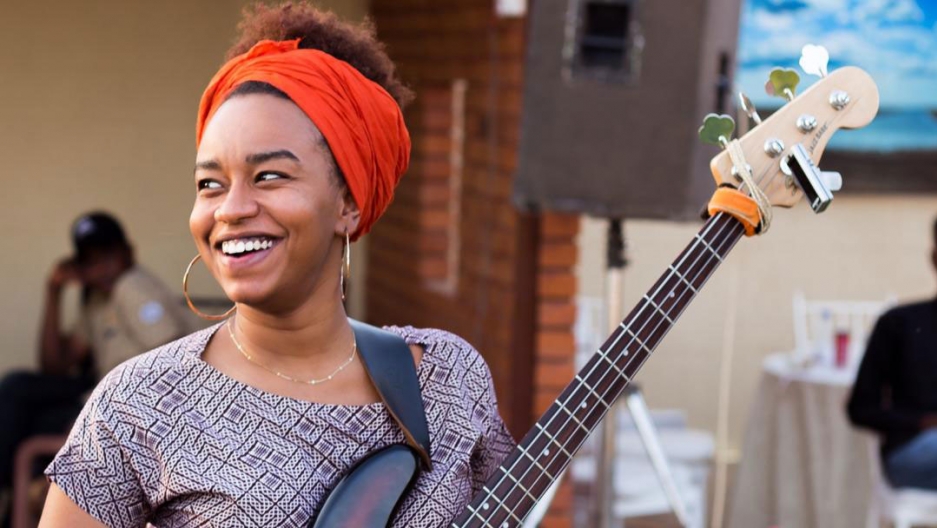 Islam Elbeiti is a Sudanese bass guitarist. She says women are the driving force behind Sudan's recent protests.

Islam Elbeiti is young and restless. The 24-year-old jazz bass player is part of the youth bulge in Sudan. 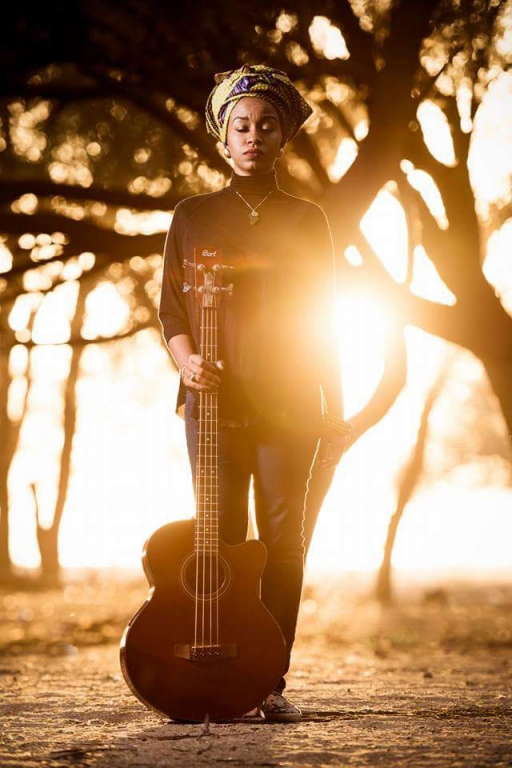 Islam Elbeiti poses in a photo with her bass guitar.

Nearly 60 percent of the country's population is under 30. For her entire life, the only leader Elbeiti has ever known is Omar al-Bashir, who took power in a military coup in 1989. She wants a change.

And much of the change she's seeking has to do with the constraints on her life as a woman in Sudan.

"Women are front, left and center of the revolution. When people started protesting, they were like, 'Women should stay at home.' But we were like — no."

"Women are front, left and center of the revolution," she said. "When people started protesting [in December 2018], they were like, 'Women should stay at home.' But we were like, no."

Elbeiti is a woman who chose to be a musician and then chose to play the bass guitar — two decisions that defy conventions in Sudan.

"Here in Sudan, when I started playing, it was one of those things that you're just not allowed to do as a woman," she explained.

She sees her role as a female bass player as a way to empower more women to play music.

"So, when I play live music, and I'm onstage, I'm not just playing for me or with my band; I'm playing, hoping there's this young girl that's sitting there, that's afraid to just go up onstage and play. And I want her to feel like it's OK, and she can do it."

Elbeiti says she can't even count the number of times people in Sudan have reacted to her playing bass.

"'What are you doing? This is not an instrument for a woman,'" she said. "'Go play something feminine. Go play the violin or the piano.' And I'm like, guys, music doesn't know gender. Just because the bass is heavier and has thicker strings, it doesn't mean I'm not supposed to be playing it."

She says she doesn't get mad anymore. Instead, she takes it as a challenge.

"You know what? I need to be really damn good at what I do, to a point where when someone listens, they're not saying, 'This is a woman playing or this is a guy playing,'" she said. "They're like, 'Oh, this is a musician. This is a really good bass player that's playing.'"

Elbeiti has her own radio show in Khartoum called "Jazzified."

"I love my show so much," she said. "I'm a huge jazz fan. In these two hours, I'm completely 100 percent in my zone, aside from when I'm playing music." 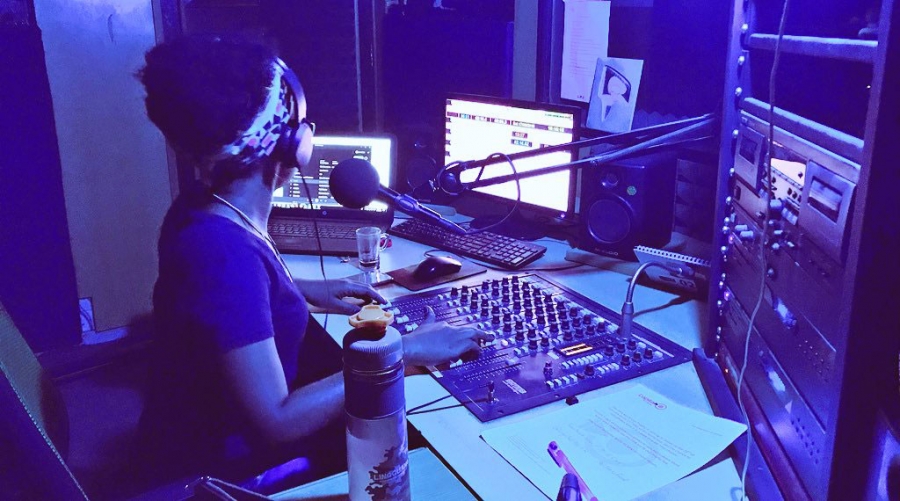 She profiles jazz musicians and jazz music from all over the world. And it's partly political.

"Through this show, I try to showcase the importance of jazz because jazz means freedom of expression," she said. "Jazz means intercultural dialogue. And that's really the main point behind my show, aside from playing really, really good music."

Elbeiti is using arts to add her voice to the protests.

I don't paint, nor do I know how to, but this revolution is bringing out parts in me that I never knew existed. #تسقط_بس #SudanUprising pic.twitter.com/gowIS59cMP

"We're trying to make music. We're trying to at least get the world to know what's happening in here, get people to know that we're all together in this. It's not just protests by certain people, but everyone. It's inclusive, for everyone."